The only thing more interesting than 3rd Ethos, an eclectic art gallery in Bushwick, is the gallerist who owns it.  Connie Byun opened her experimental gallery in Bushwick five years ago to create a concept space where artists could have creative freedom and autonomy over their art and how it is presented.

The space—which has the DIY spirit of the neighborhood in its veins—changes often in appearance and aesthetic due to funky lighting tricks and immersive installations, thanks to Byun and her many collaborators.

The gallery also has an everchanging stock-pile of funky artist-made shirts and figurines as well as a number of mini murals by local street artists in the backyard, where much of the merrymaking spills out. 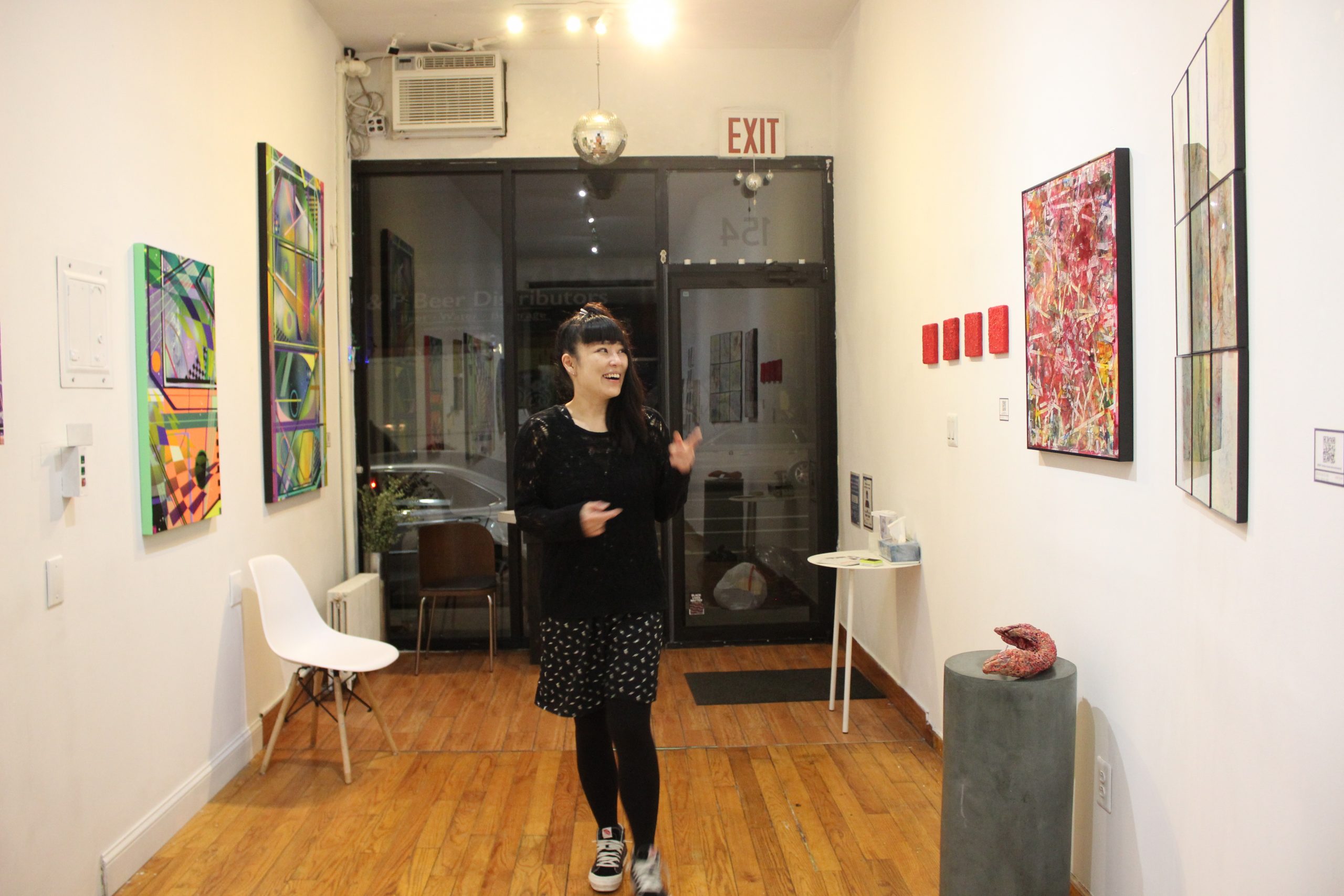 The space has a history of representing early-to-mid career artists, and has put on group shows of art by tattoo artists and art inspired by punk music. The gallery also puts on live music and the occasional piece of otherworldly performance art—in 2019, artist Norbert 3000 spray-painted a white dress, while its wearer twirled around on the sidewalk. The gallery has also had a hand in sponsoring local, public art like the ‘Timber Wolf’ sculpture in the nearby Maria Hernandez Park in early 2020. 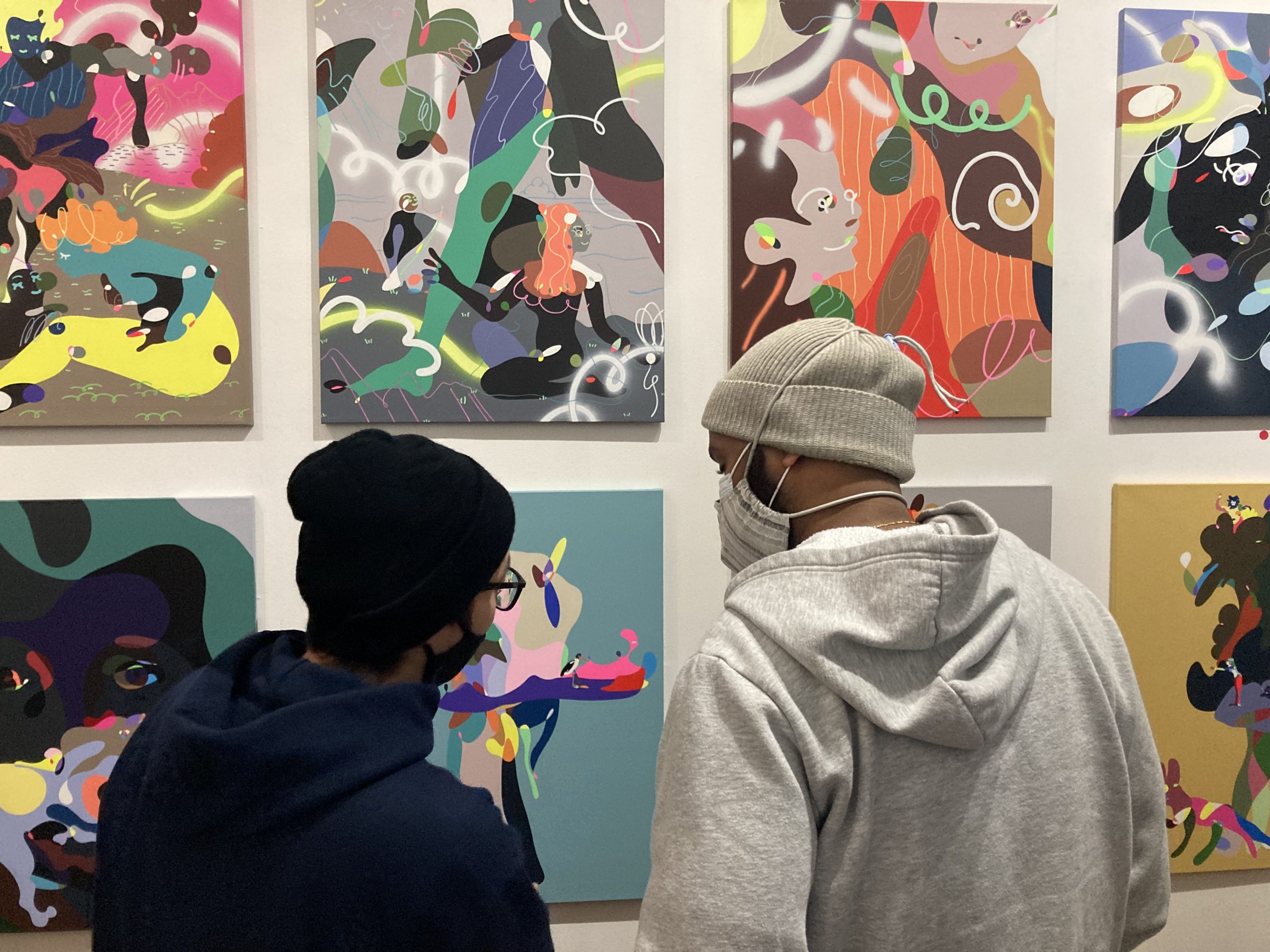 When it comes to who Byun collaborates with, she follows her gut instincts. “I just subconsciously make decisions based on vibe,” Byun said.

May is Asian American and Pacific Islander Heritage month, and while Byun doesn’t exclusively collaborate with Asian artists, she said she has represented many as of late, and lots of Asian art influences, like the Japanese manga style, can be found in the work she shows.

“If an artist and I vibe, or if we have a similarly collaborative attitude, that’s who I end up working with. I accept people who come in to the space to be part of everything, like, don’t just come to show your art, I want you to feel the neighborhood, the people who come in and if you can do something here to help me out, to help you out, lets do this.”

In part, this gallery was also a reaction to the downsides of her previous career.  Before opening the contemporary art space in Bushwick five years ago, Byun was a fashion designer at Ralph Lauren, where she often felt she didn’t have the infrastructure to freely create. 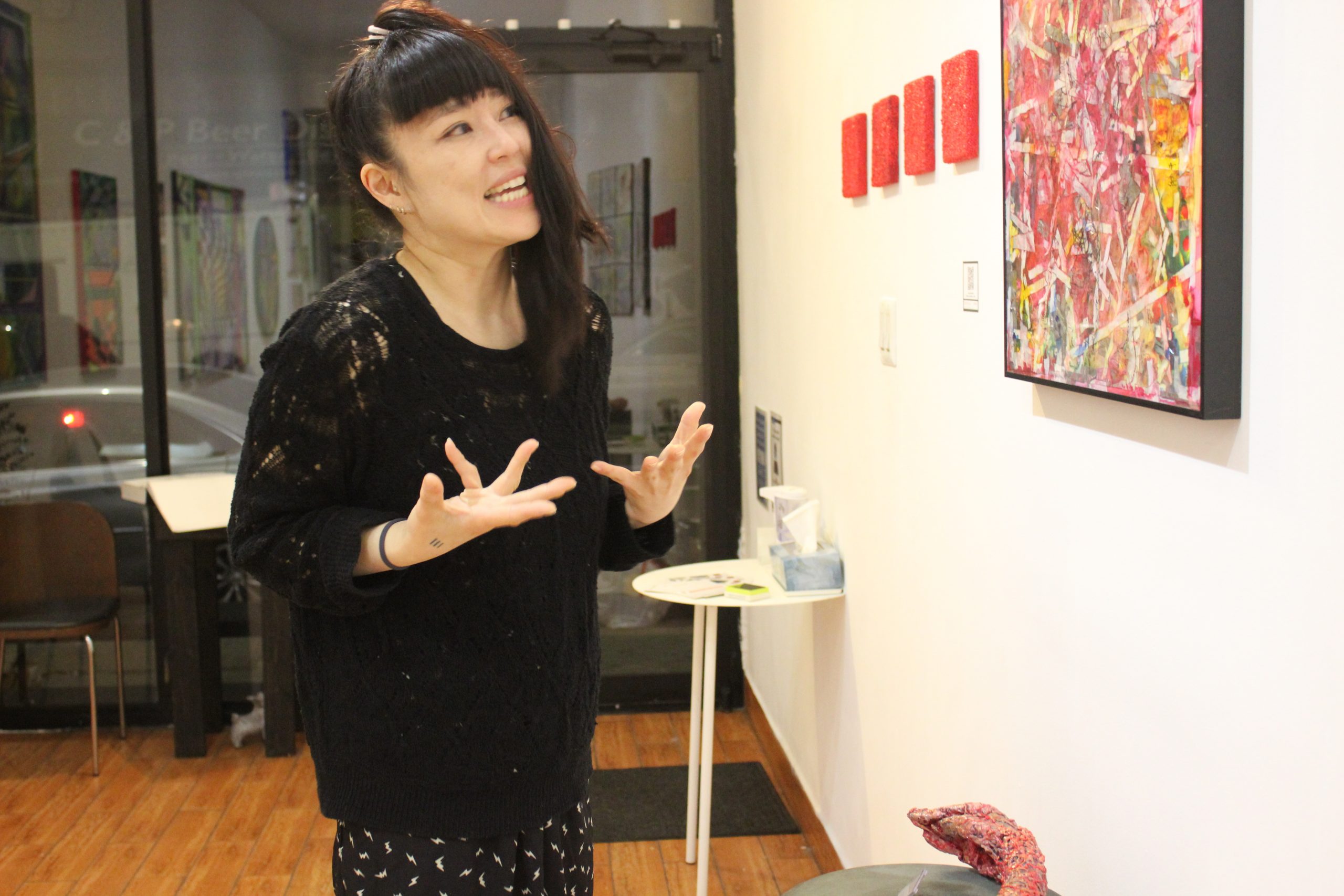 “I feel like my whole life I’ve fought to have absolute creative freedom,” Byun said.

“At 3rd Ethos, I provide [the artist’s with] space to create and I leave them alone when it comes to all the creative decisions. I wish I’d had someone doing that for me in my last career.”

The past two shows at 3rd Ethos, titled Bandersnatch and Intersection, featured artists who work in the art studio of Tomokazu Matsuyama, the contemporary New York-based Japanese artist.

Byun let the artists in both group shows have free run of the space, and the result is a magically undone chaos of color and experimental form. Some canvases are circles, some are abstract, some are traditional and controlled still-lifes, and some physical pieces take on a surprisingly organ-like form. Potentially as a result of Byun’s hands-off approach, each piece in the two shows sold. 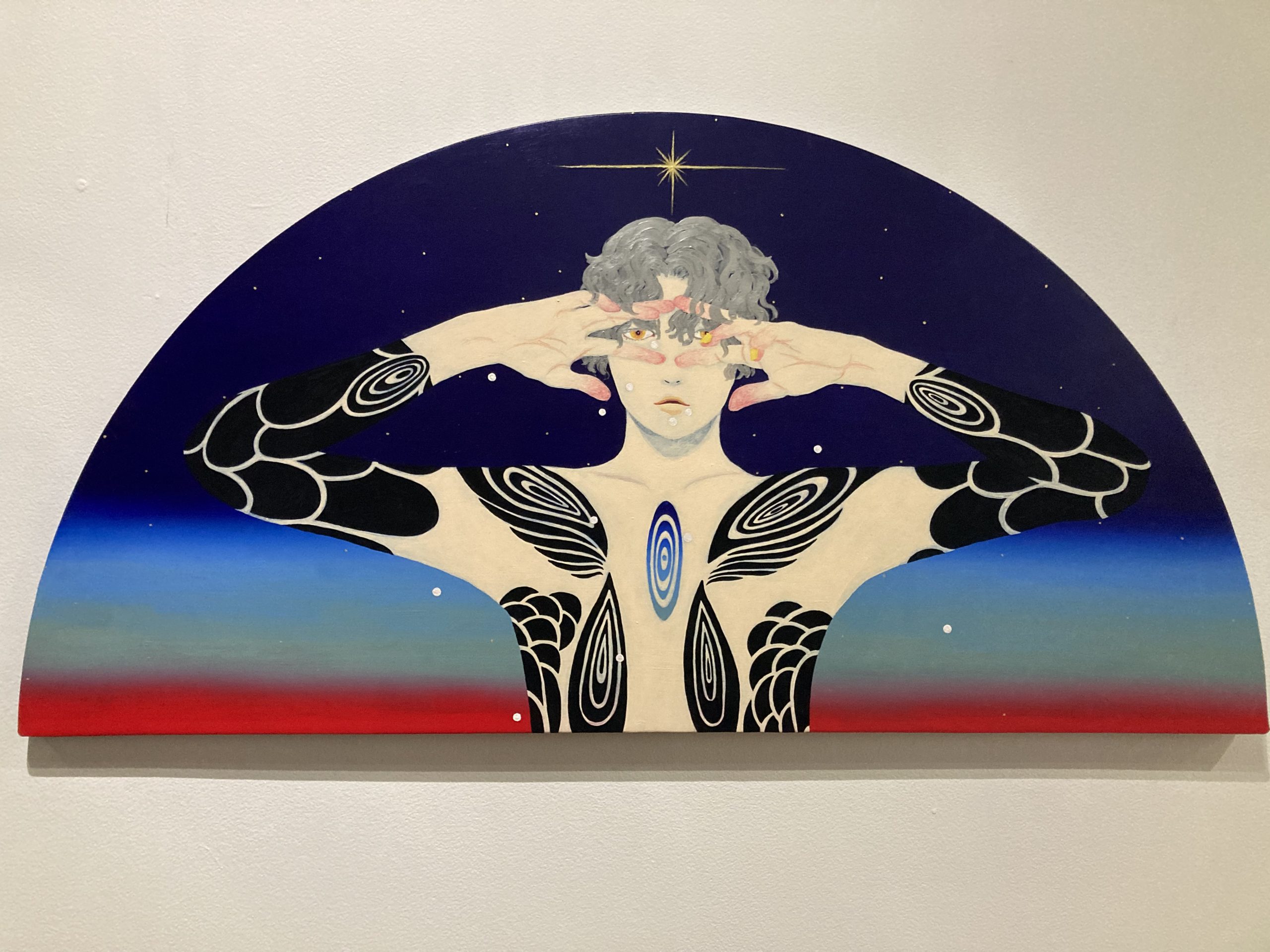 “This is why I have the space,” Byun said. “For all of my friends to collaborate, come together and just share their art, you know.”

Tsukasa Kanawa, who works at Matsuyama’s studio and was one of the artists in intersection, knew Byun from the dance music scene in New York City, which was how the connection was first made. Kanawa got his artistic start writing graffiti, which influences his artwork to this day.

The name of the gallery comes from the idea of the ‘third place,’ a term coined by sociologist Ray Oldenburg. The term is part of his theory that one’s life exists primarily in three places—home and work are the first two, and the third is a social spot where ideas are exchanged and relationships are built. 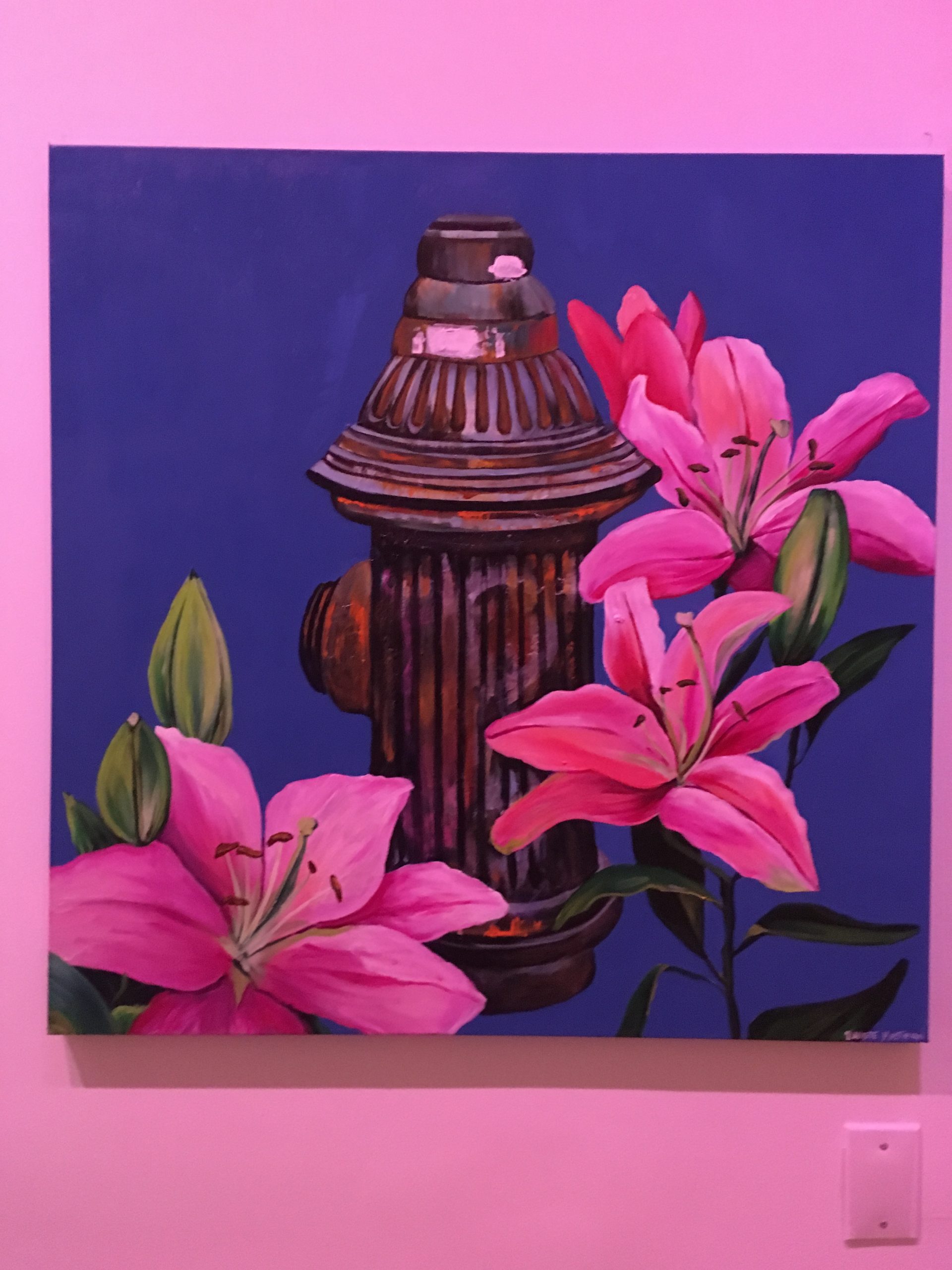 That third spot—which could be a cafe, gym, barber shop or gallery—is a hybrid of public and private life and is essential to someone’s wellbeing, Oldenburg argues.

“When I think about this space, I don’t think of it as an art gallery, per se,” Byun said. “I want to just mix art, music and design into one space, and make it a good place to gather. Because of all of the artists in this neighborhood, art is what I started with, five years ago. It snowballed from there so I kind of just went with it.” 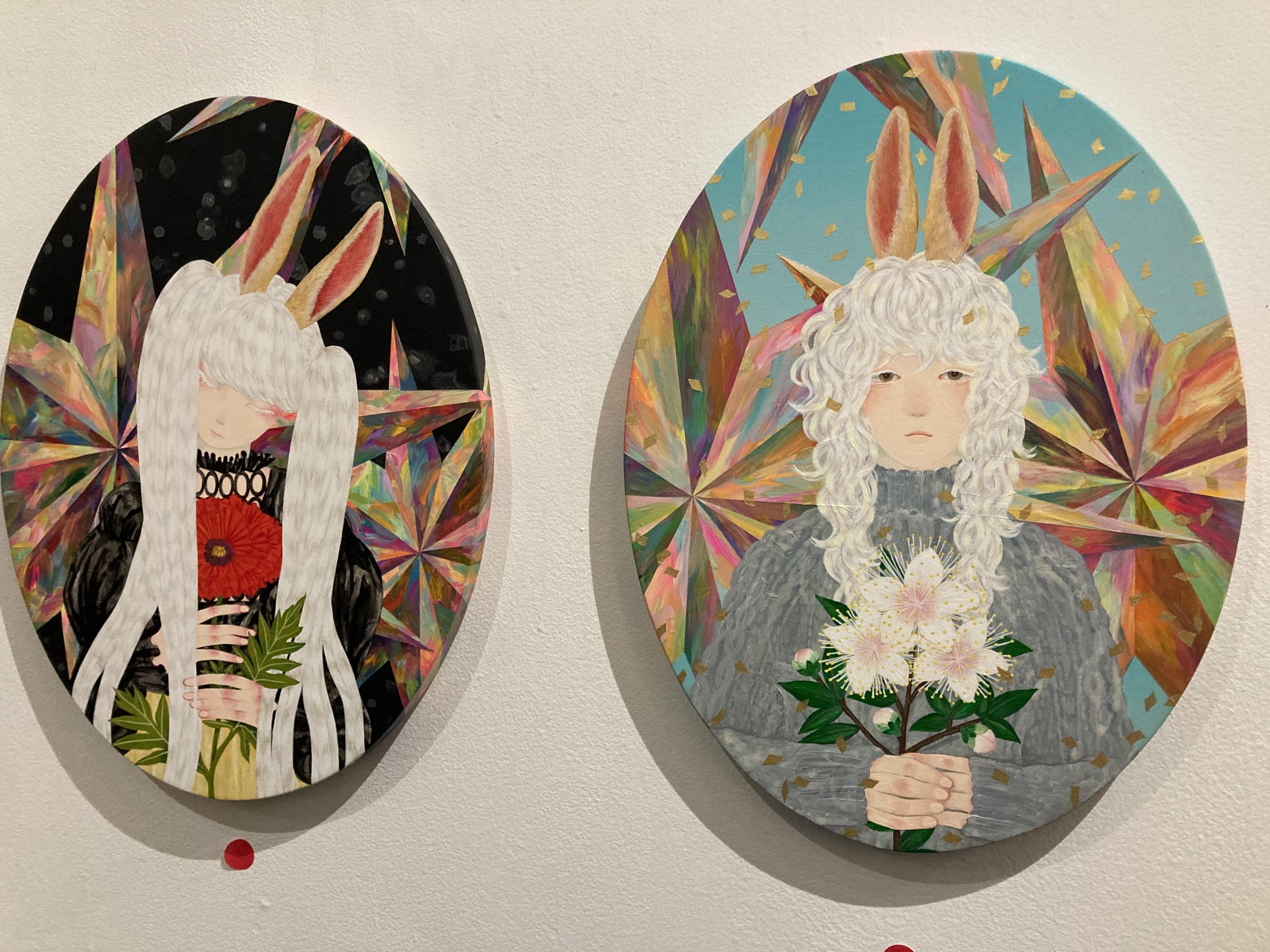 “I want to just mix art, music and design into one space, and make it a good place to gather.”