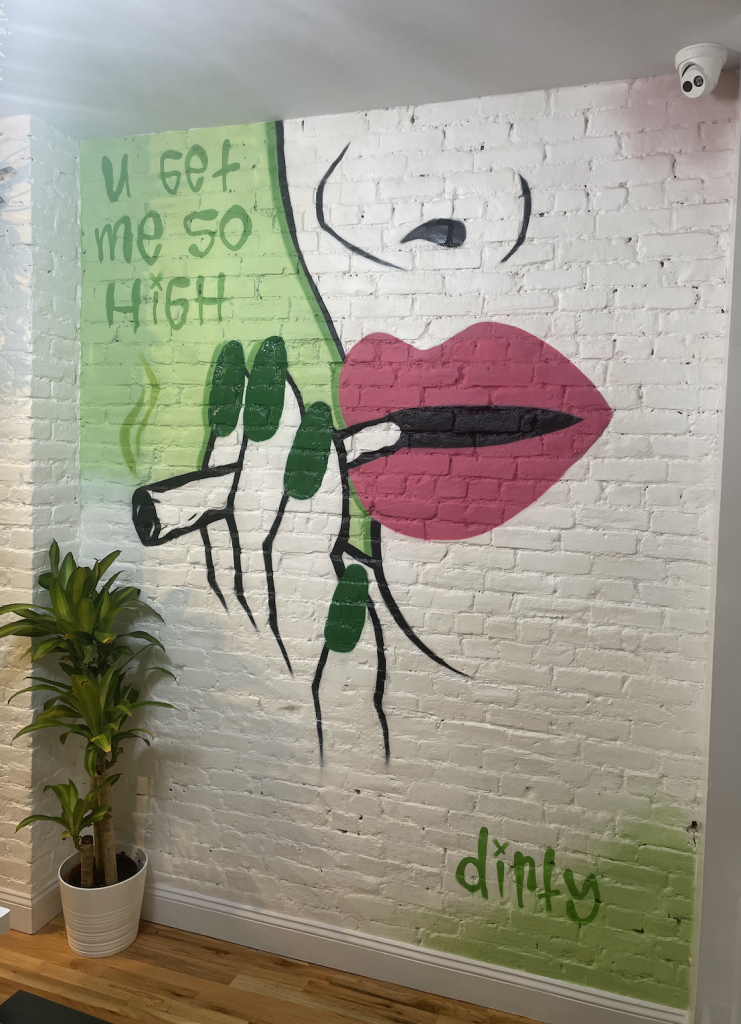 During his recent New York tour, Dirt Cobain painted a few new murals around town, including two collaborations with OuterSource in the Lower East Side and the Brooklyn Beer Garden. He capped off the trip with a solo commission at New York’s newest dispensary, La Fleur Café. 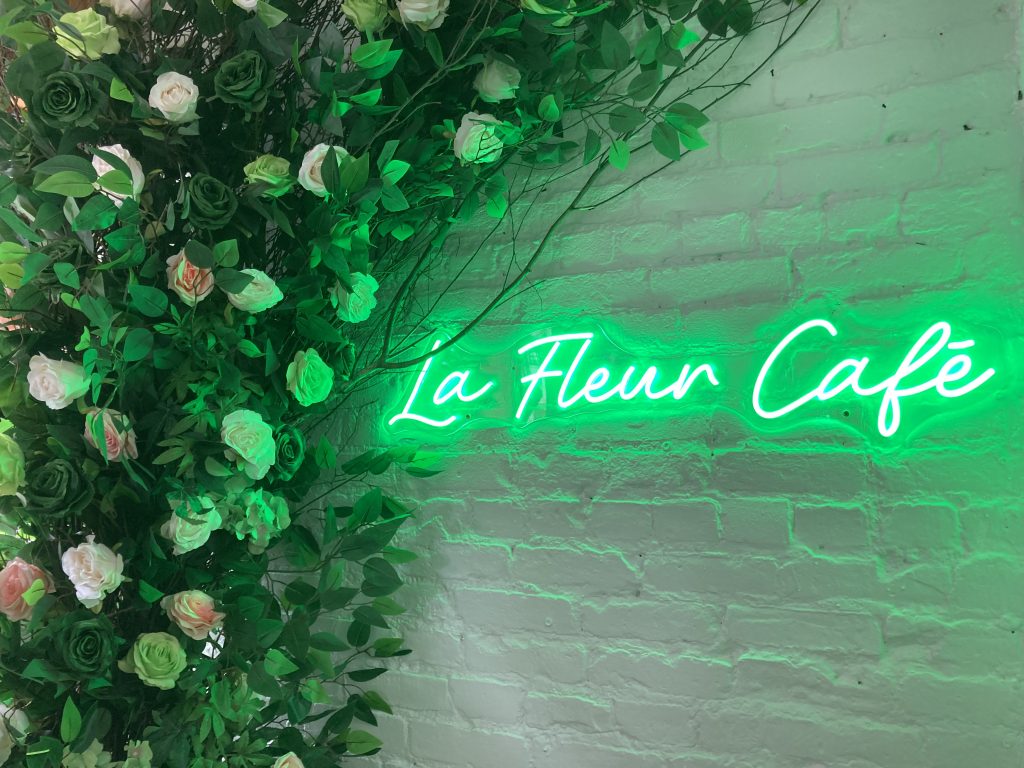 The new mural, to be revealed with the opening of La Fleur Café on April 20th, was a new design for Dirt Cobain. Building off the aesthetic synergy of La Fleur’s two founders, Deb and Joey, Cobain took his popular ‘U Get Me So High’ concept and rolled it up into a joint. Naturally, it is painted in green hues.

“Being that I’m an advocate for marijuana, I was stoked when Deb hit me up and asked me to be a part of this project.” 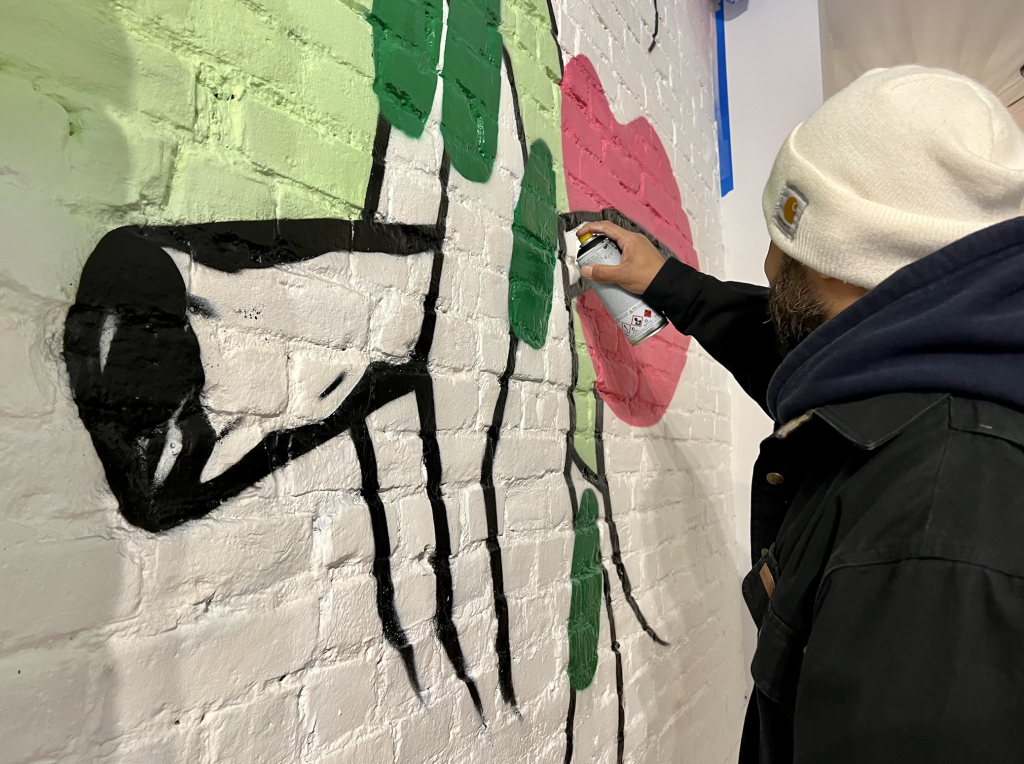 Located right around the block from Tompkins Park, La Fleur lives up to its name with a wall of flowers and a neatly scripted neon sign. Deb explained to me they wanted the shop to represent a more feminine vibe, something more mature than the typical smoke shop with ‘4:20 Blaze It’ stickers. 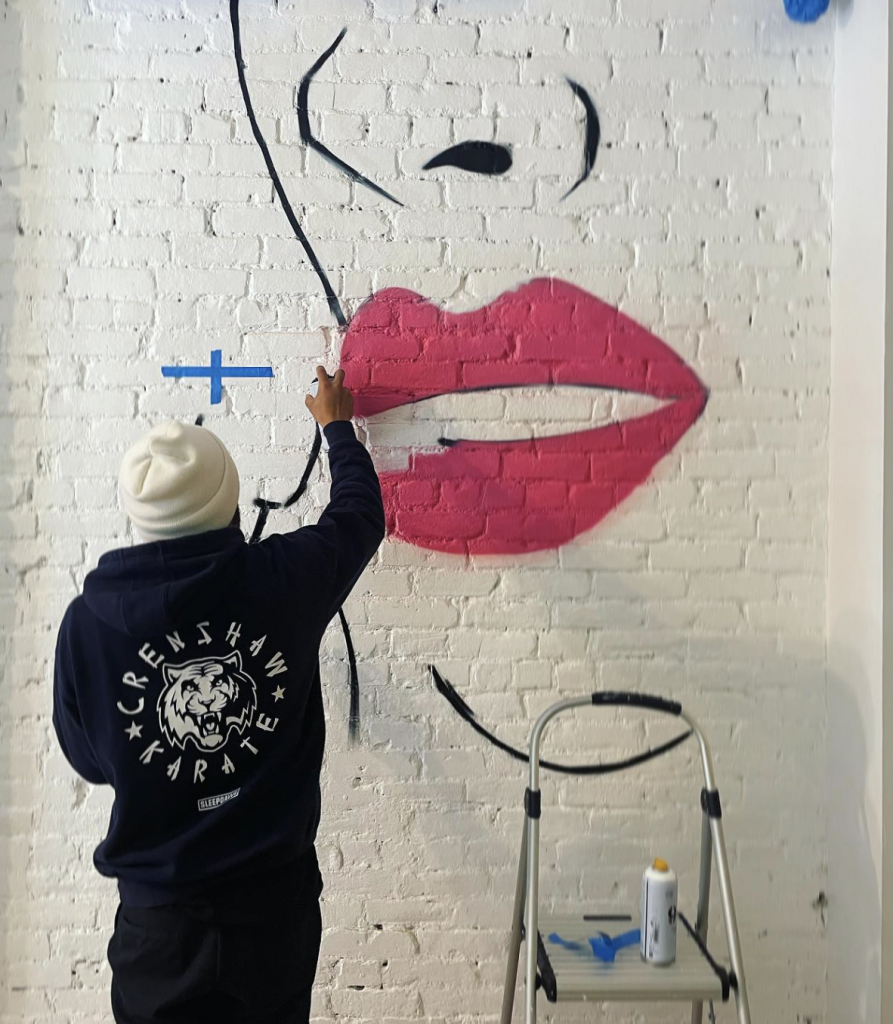 Last year, New York became the 15th state to legalize recreational marijuana. Though the state has allowed cannabis for medicinal purposes for several years, the pivot to treating marijuana as a regulated pleasure reflects a broader trend of state governments adopting a publicly popular policy while eyeing the lucrative taxation opportunities. Having lived in Colorado when recreational weed was adopted, I was curious to discuss with Deb her involvement in the industry. 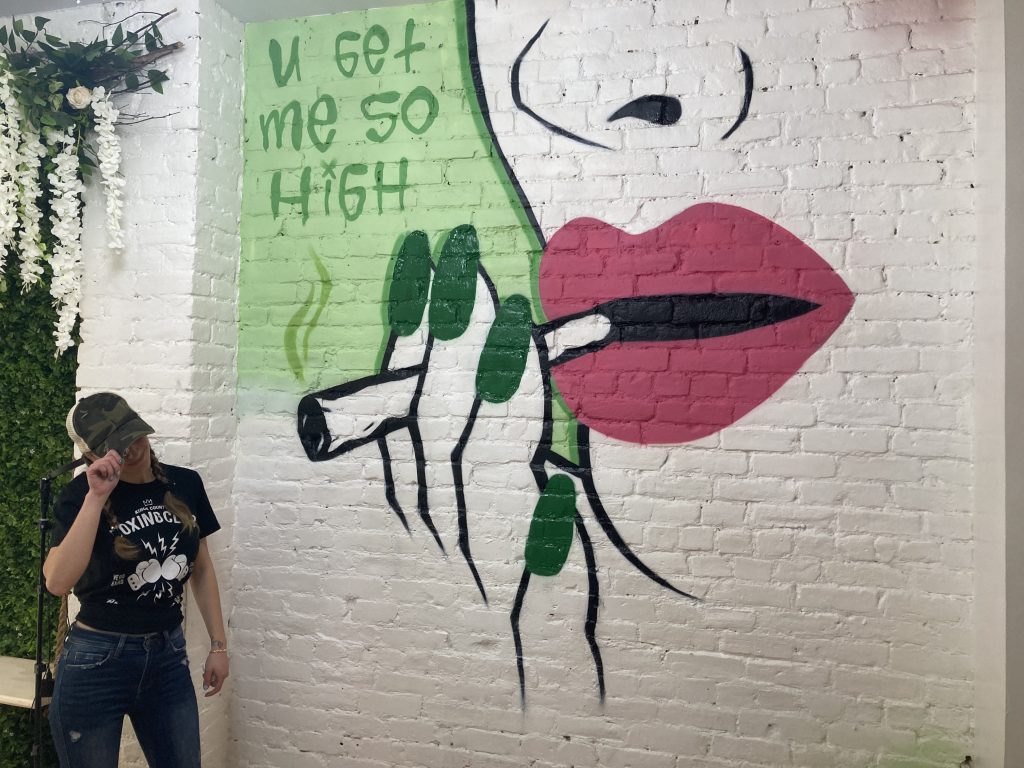 Deb, DeeCee to her friends, is a native-born New Yorker but her full admiration for marijuana came years ago during a 6-month sabbatical to California. In San Diego, she worked as a ‘budtender’ at a local medical dispensary. Through her interactions with patients, she came to appreciate the healing properties marijuana offered.

“It was really eye-opening. I didn’t realize how much weed does help people.”

She returned from the trip to her teaching job, and worked her way up to a management level. However, she was feeling a sense of dissatisfaction in her career when the pandemic hit. The situation forced Deb to reevaluate her priorities and passions, which lead her to the idea for La Fleur. She enlisted Joey, a longtime business acquaintance, to assist with distribution. 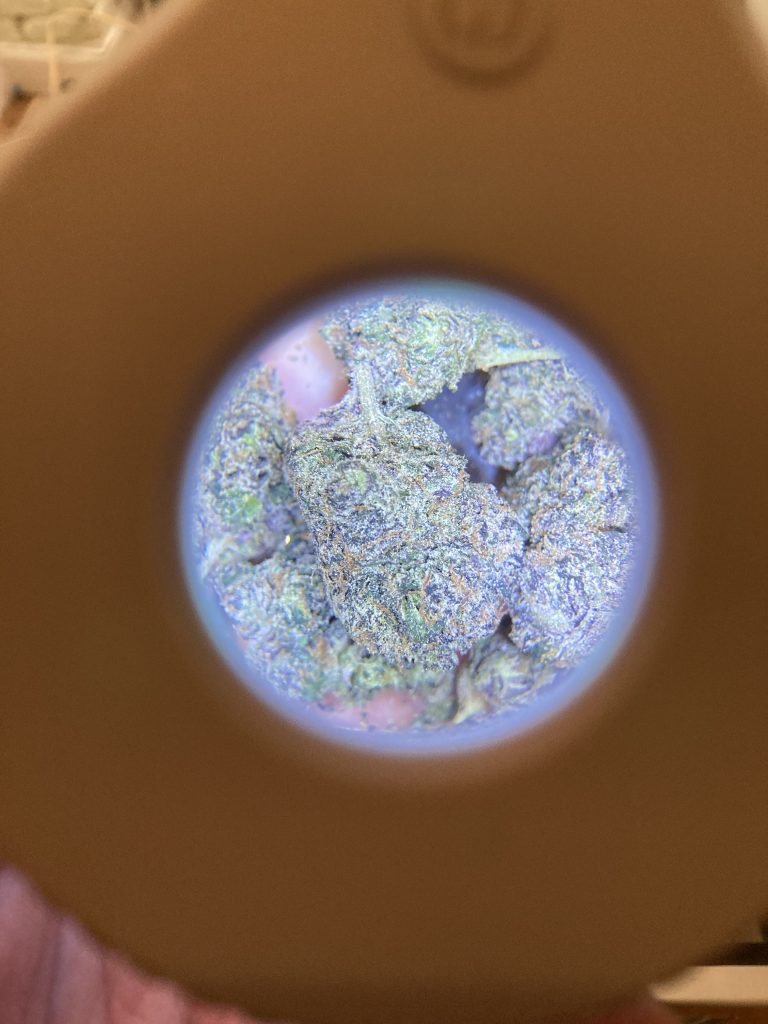 At present the rules for legal operation are still very much in the gray. New York State has yet to finalize the process of organizing licensing for dispensaries, but Deb explained priority was being given to business with minority representation and those with prior marijuana-related convictions, for which La Fleur qualifies.

Regardless, the café is blazing ahead with its vision. Emulating the idea of an Amsterdam Café, La Fleur’s polished interior features custom made marble tables, created by a welder friend of the founders. With its chic ambience and parkside location, La Fleur has a friendly aura that it hopes will attract the neighborhood’s smokers, particularly those of the creative variety. 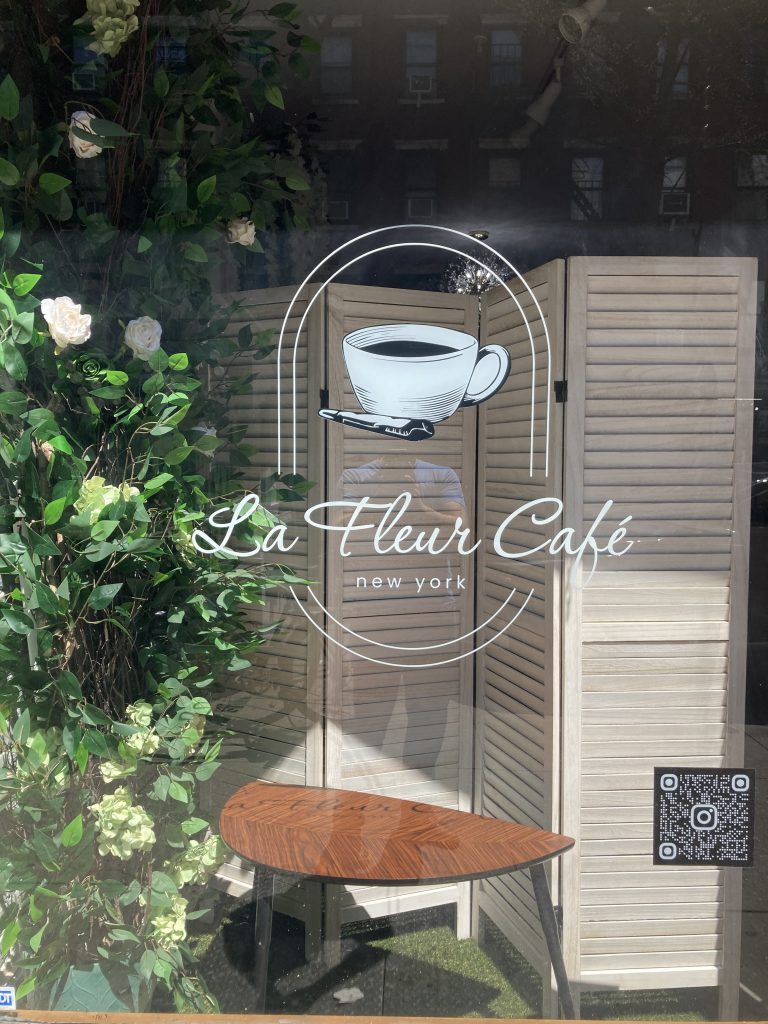 “One of our main goals is to integrate with the artistic community,” Deb explained. “Being in the East Village, and near the Lower East Side, Street art is such a major component of the culture, and we want to tap into that.”

In addition to the new Cobain mural, they have ambitions to host art shows and tap into the scene. On his contribution, Dirt Cobain said, “I love the set up in the shop and I’m glad that I got to add my touch to the atmosphere. Deb and Joey were super hospitable.” 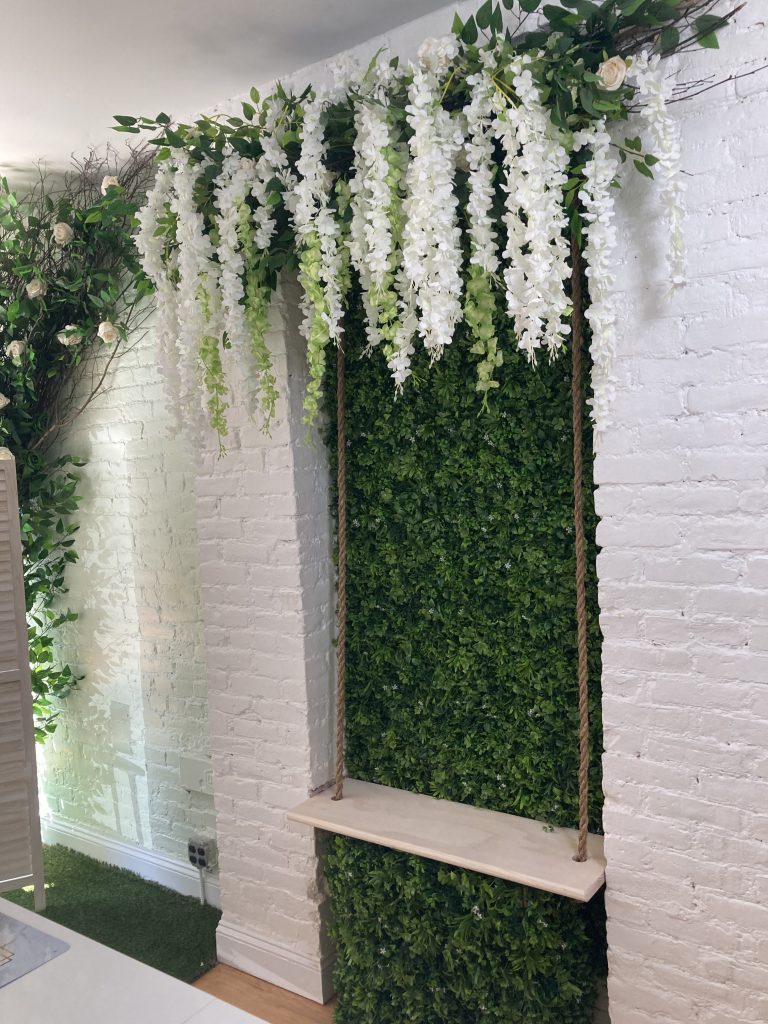 While the future of New York’s cannabis industry is still uncertain, with La Fleur setting roots in the neighborhood and in the art scene it’s sure to grow into a garden of opportunities. 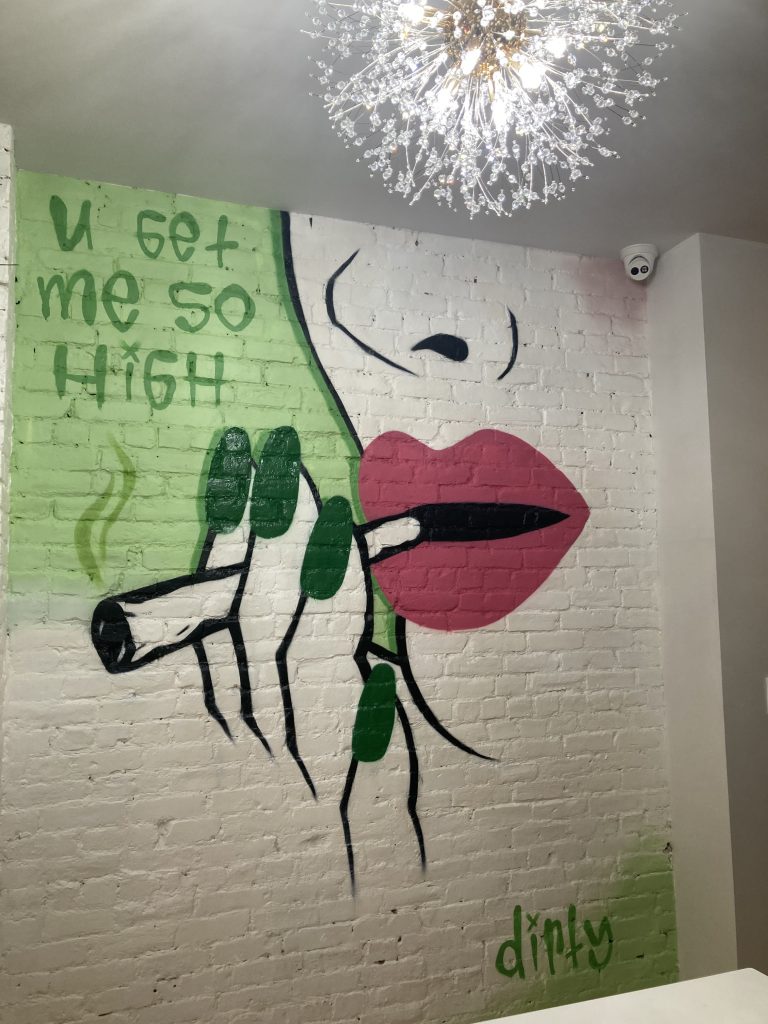