A Day in Houston's Graffiti Park

Street artists are going to get up no matter what. Yet somehow the city of Houston has managed to come up with a solution to a problem that seems to plague so many other cities. It’s a small gem deemed the Houston Graffiti Park and it sits on the corner of Leeland and Emanuel. Every inch of this city block is covered in art. From local artists to artists afar, it’s a space that pulsates with energy and creativity. Every weekend the park is packed with people taking selfies and soaking in the sights. 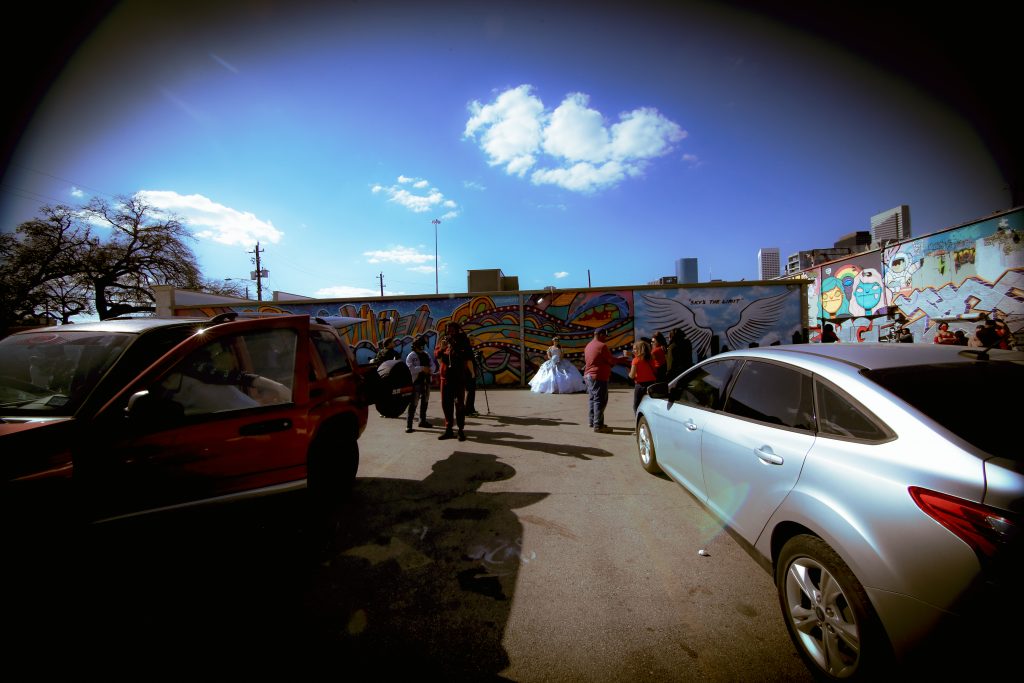 By embracing its local art, the site simultaneously celebrates artists and generates an economic boon for the city. With a $2 parking lot, the area has a festive quality where people come to commemorate important events like Quinceañeras. 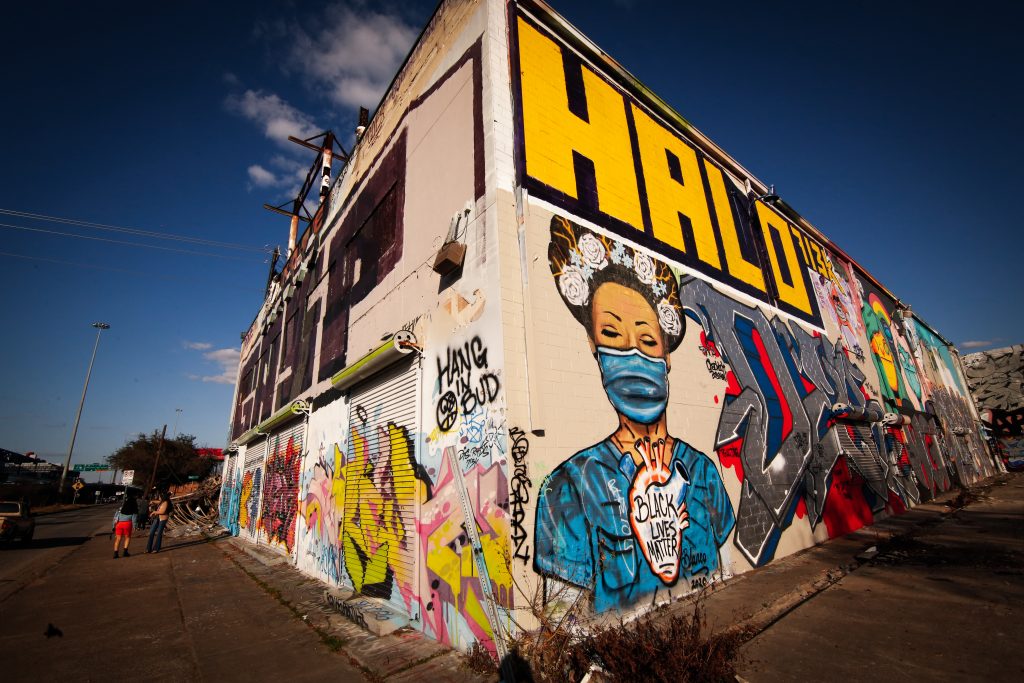 Rounding the corner of funky and fresh. You can find just about everything here from fine murals to wildstyle graffiti. Art by Blanco, Halo, Gasp, and many more. 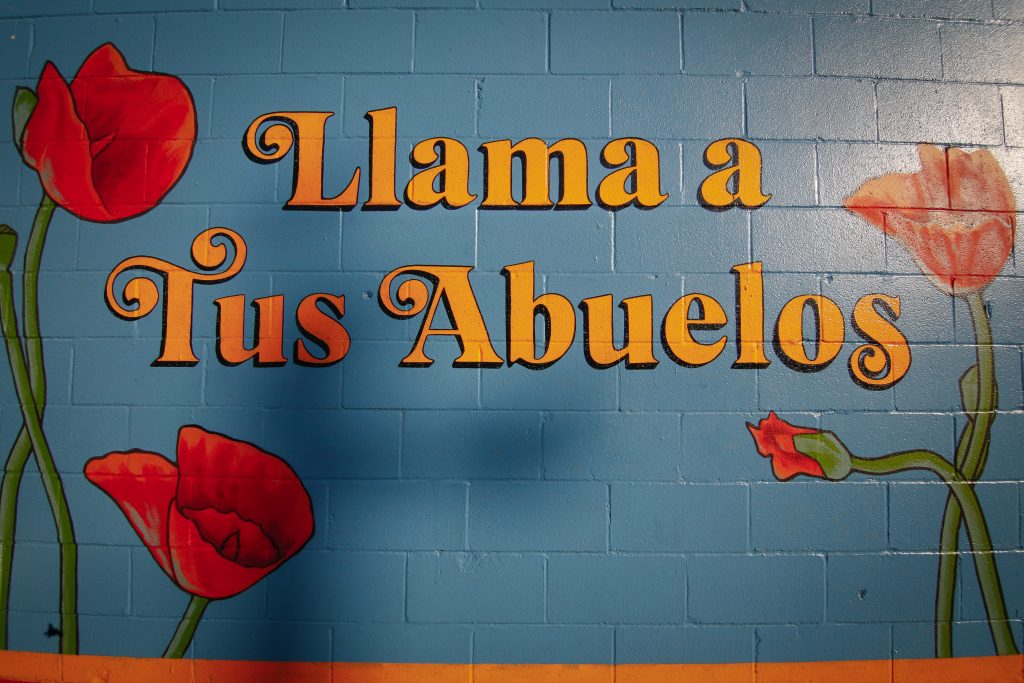 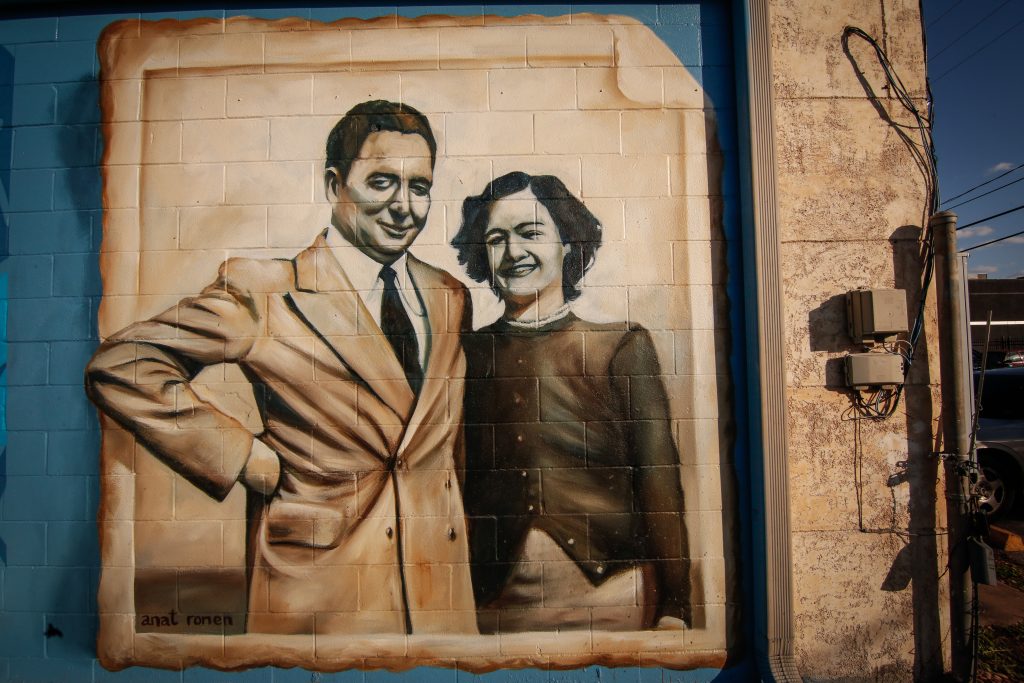 The walls resonate a familiar feeling of community and inclusion. Artists’ work reflect both personal heritage and family bonds. Above JoyBrush.Signs, below Anat Ronen 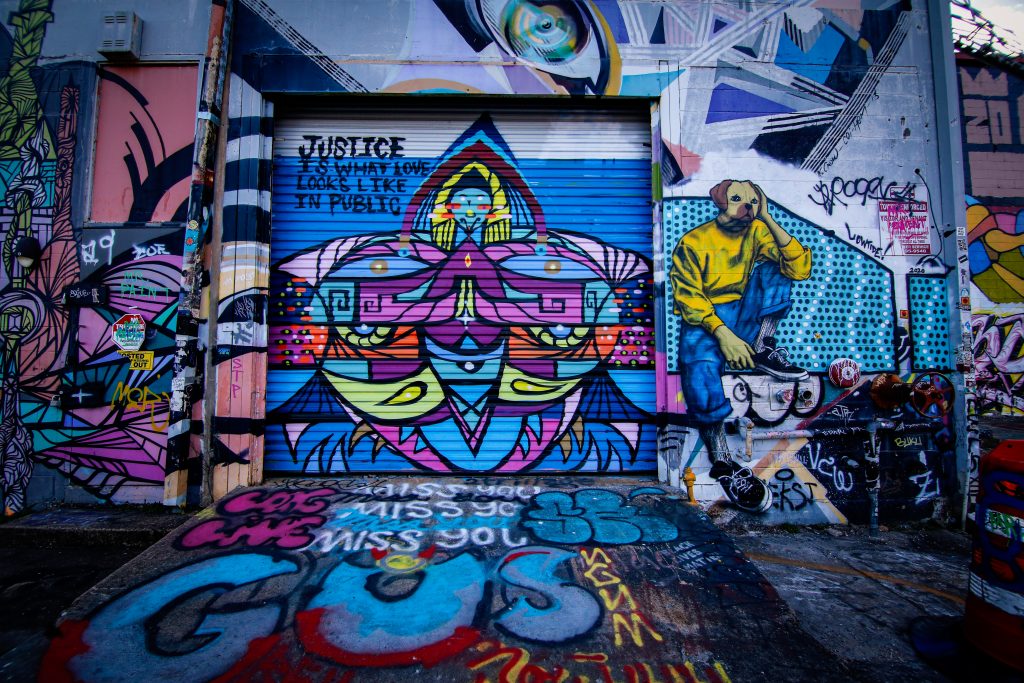 The park features many prominent local artists and the subject matter covers everything from the political to the absurd. Art by Daniel Anguilu and more 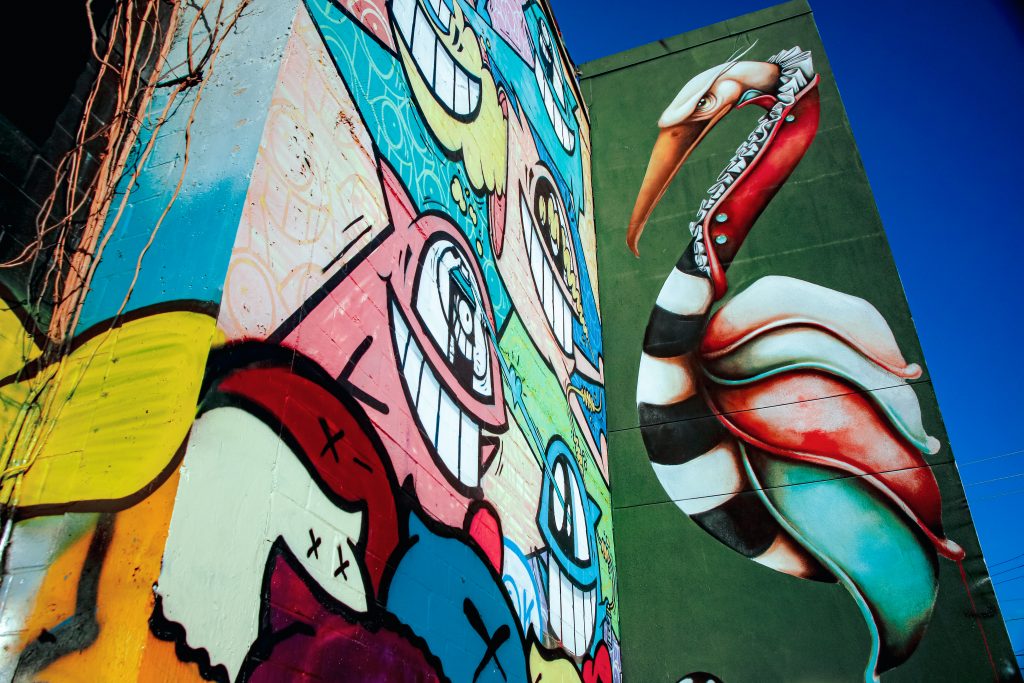 Some of the most exceptional pieces are from some of the most respected artists in the game. This junction features work form the infamous El Pez and Ana Marietta 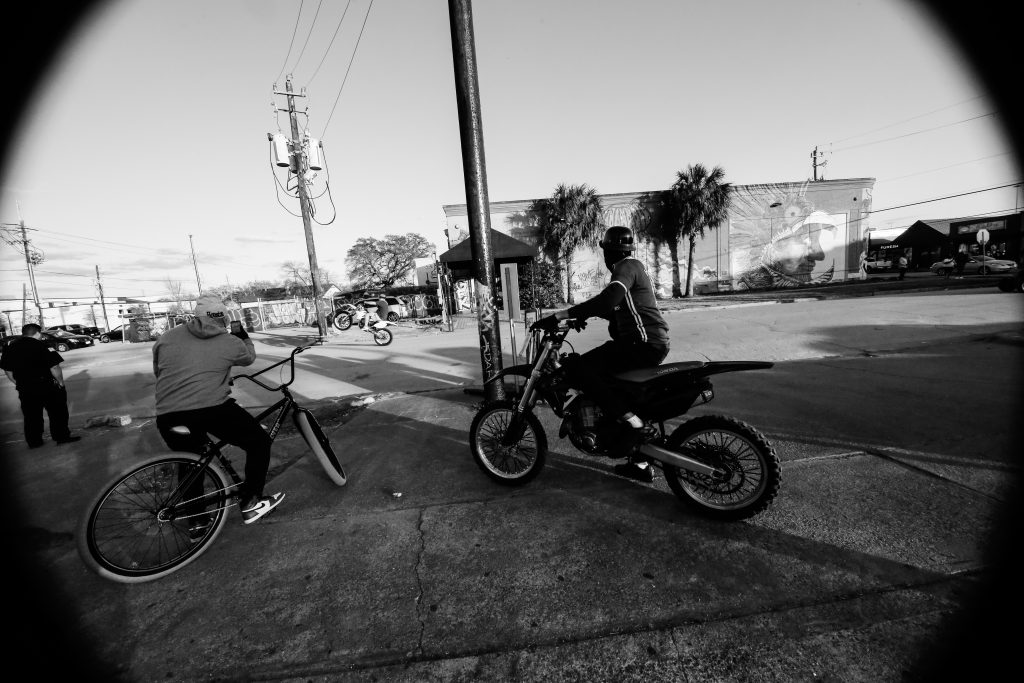 As the sun sets people take to the streets driving hot rods, motorcycles, and quads. Local daredevils pop wheelies for the amusement of bystanders. 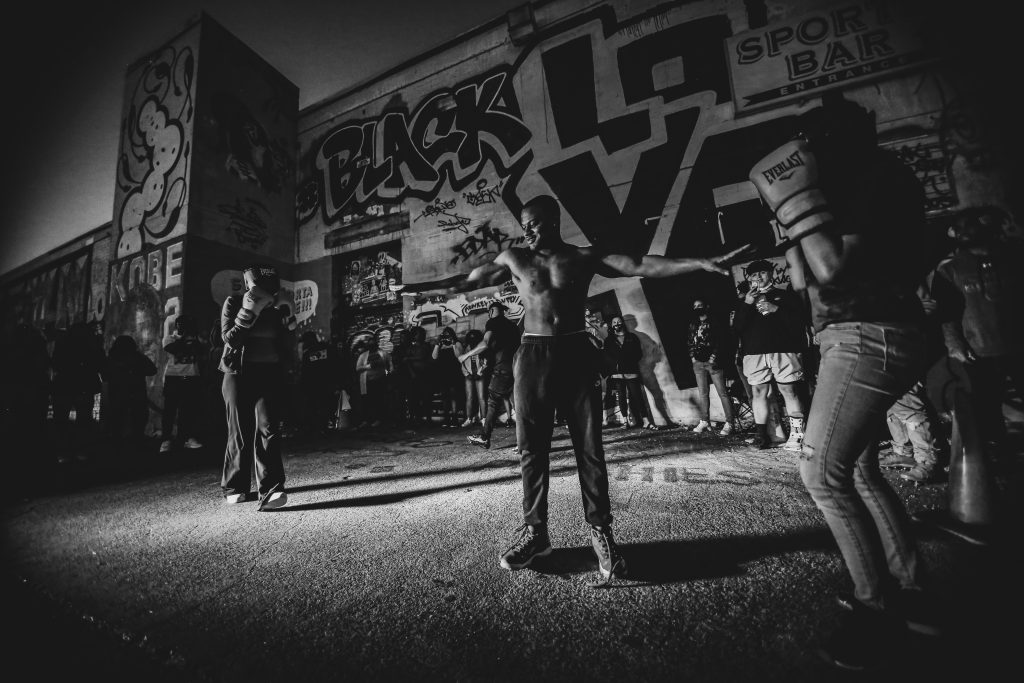 But when the sun goes down the real show starts. The square takes on a block party atmosphere where anything goes. Spectators line up the headlights of their vehicles to form a makeshift boxing ring. 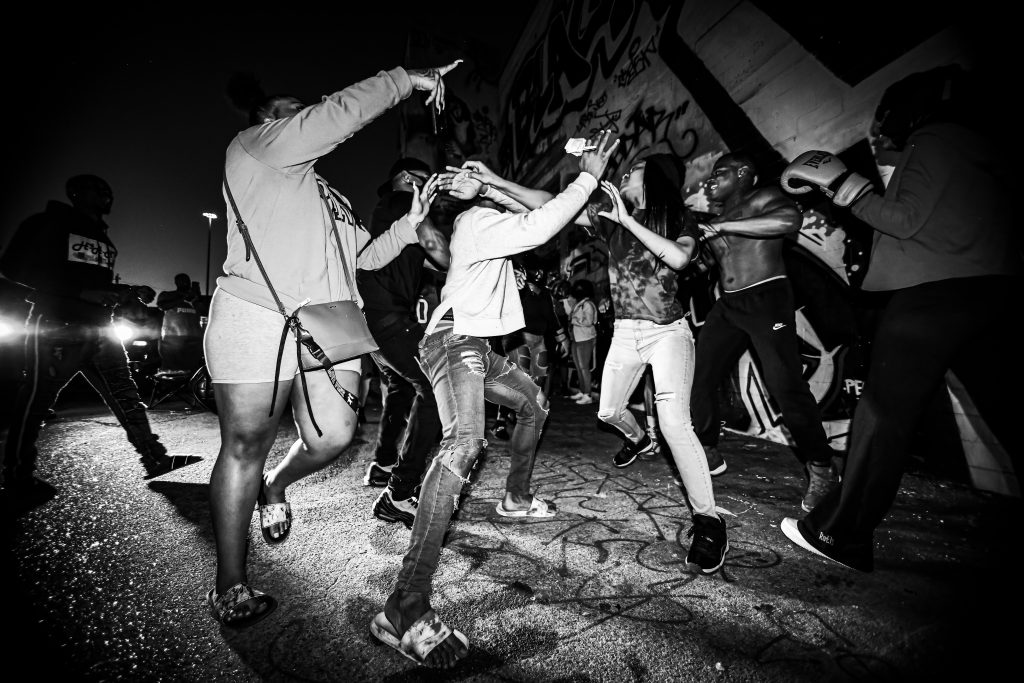 Sometimes things get a little crazy. Like the time the crowd reacted after a late hit when the round was called. 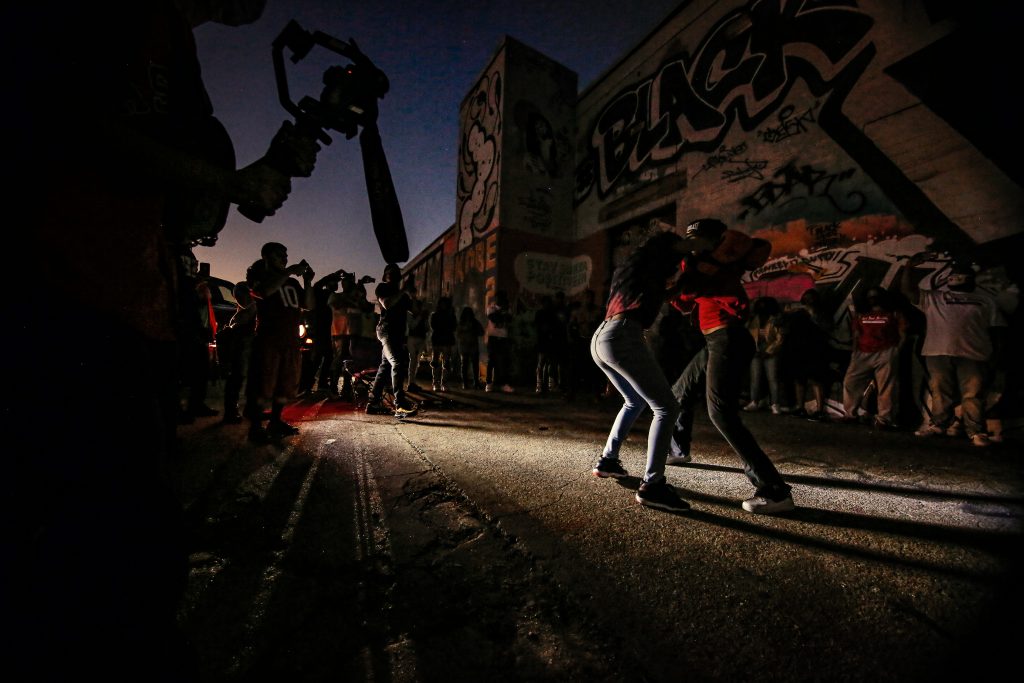 Everyone is allowed to get in on the action. The space contains a relatively contradictory dichotomy of positive murals and pummeling people. 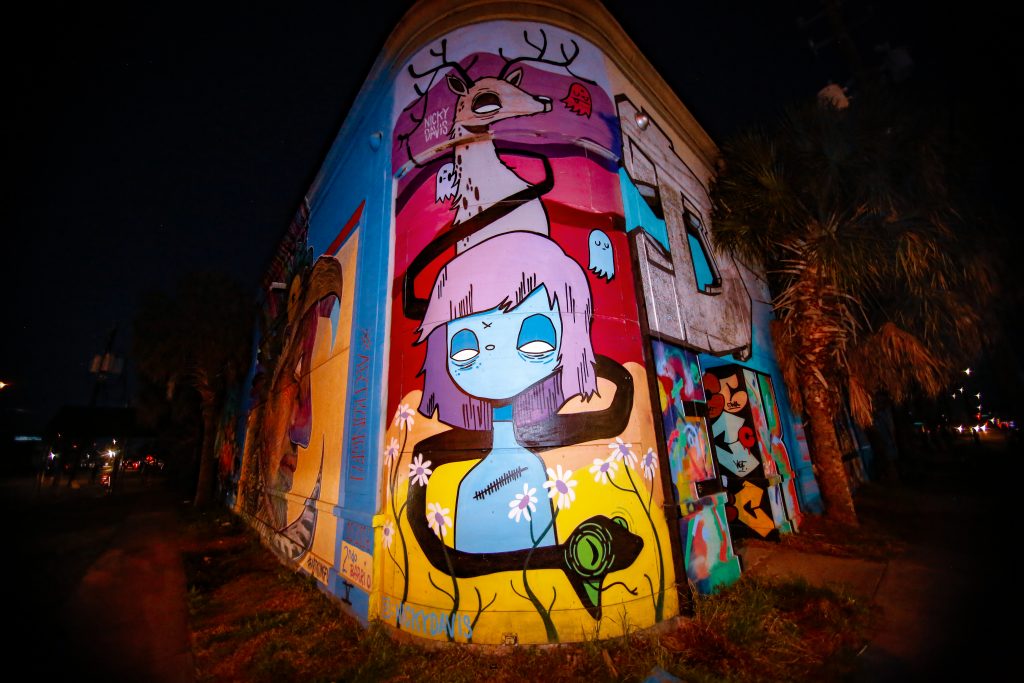 As the light fades a few murals are illuminated by the street lights. The park features many iconic works including the playful macabre of hometown legend Nicky Davis. 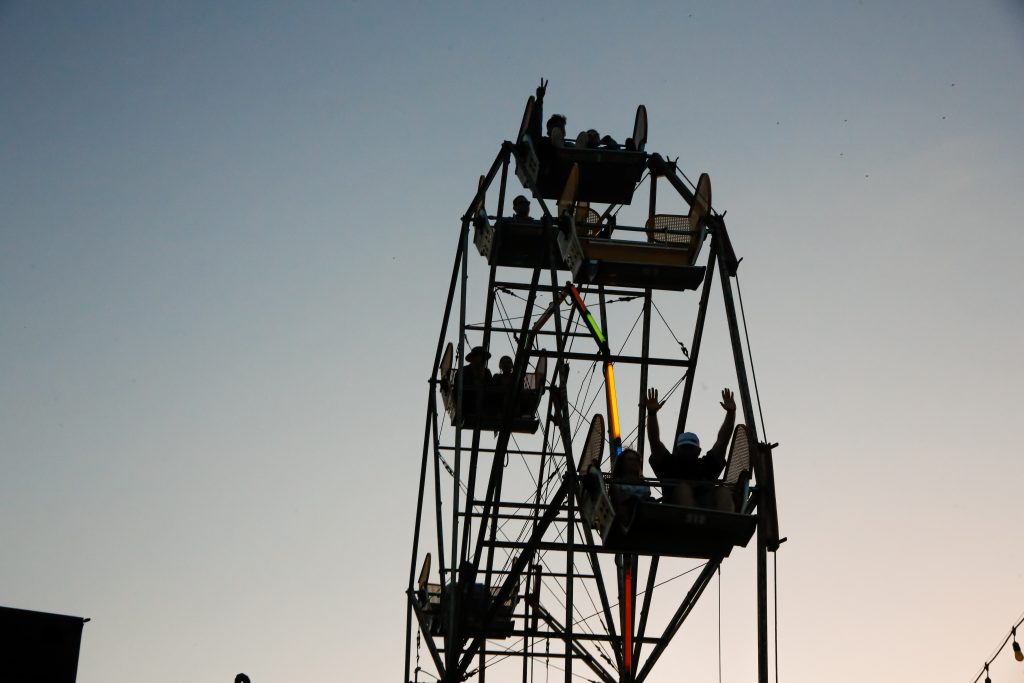 But the night doesn’t stop there. Just a few minutes walk from the park is a hopping brewery scene. Which showcases local eateries, a ferris wheel, and you guessed it, more street art.

Houston has taken what other cities might call an eyesore and turned it into a cultural refuge of unbridled creativity. Very few places have a physical heart you can point to on a map. But Houston does. The Graffiti Park serves as an intelligent model for other cities to follow. There’s a lot that can be said about the Houston Graffiti Park. But one thing is for certain. Houston is doing it right.