The Vejigante is a multi-horned trickster demigod with a toothy grin, popular in Puerto Rican folklore.  The deity can pass in and out of the spirit world and is often represented through flamboyant costumes and kaleidoscopic masks with African and Caribbean influence during Carnival.

Traced back to the 12th century, the character represents triumph over evil and sometimes embodies Puerto Rico’s resistance to colonialism. To Puerto Ricans everywhere, the Vejigante is known in stories as an important message-carrier and spiritual guard.

Neo-expressionist New York-based artist Adrian Bermeo, who portrays the Vejigante in his paintings almost as often as his own tag, is a bit of a mischief-maker and metaphysical messenger, too.

Bermeo, a life-long New Yorker with Puerto Rican and Ecuadorian heritage, grew up doing graffiti with his friends in Jackson Heights, Queens where he was raised. 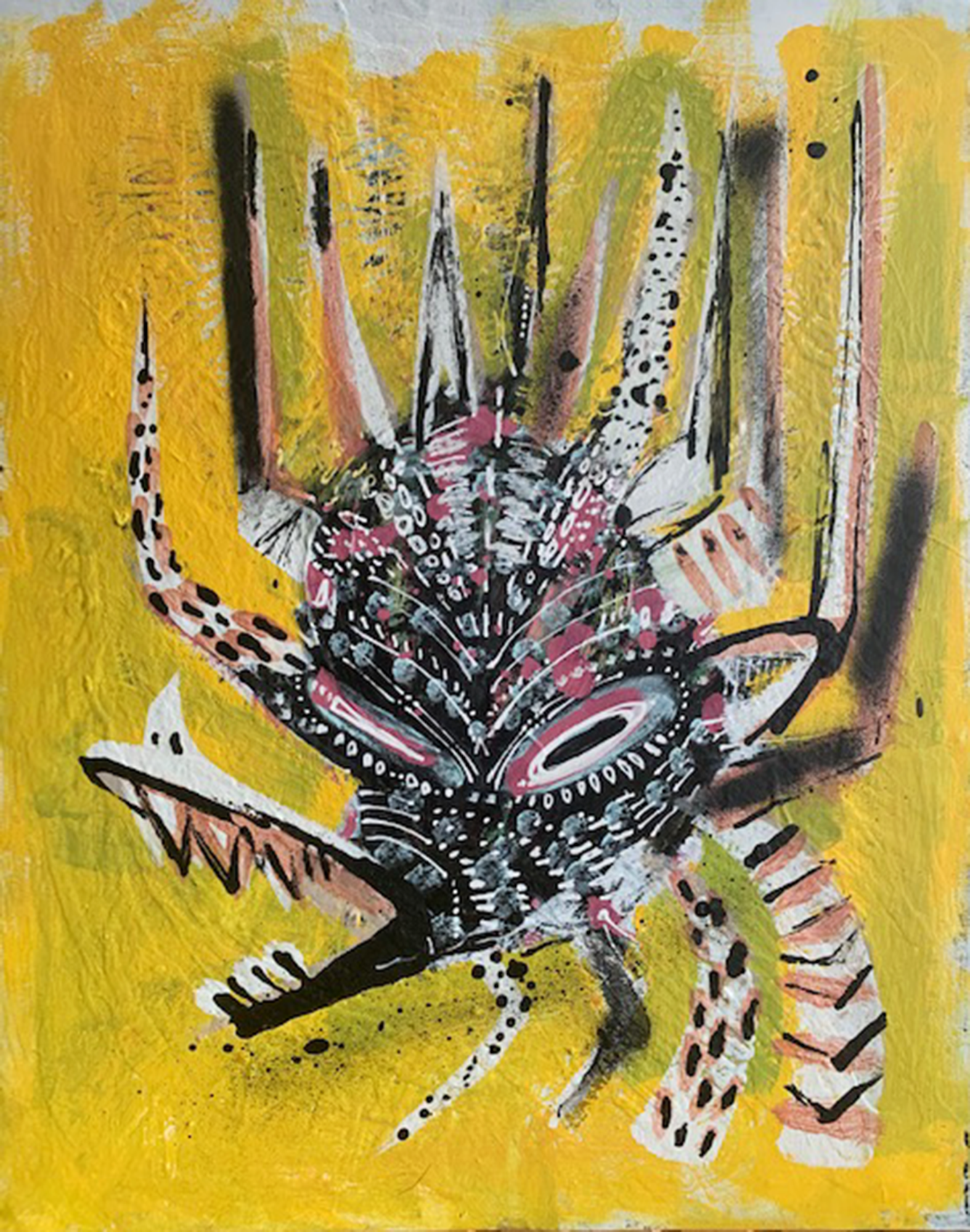 “For me, the Vejigante is a character of protection,” Bermeo said. “It’s also connecting myself to the Latin American world and my culture, which is why I love to paint it.”

His ever-growing body of work explores Vejigantes in a variety of colors and positions— multi-colored or muted, mid-laugh or a confrontational stare. In Bermeo’s interpretation, the Vejigante has a serpentine tongue and many eyes.

He started painting graffiti on the 7 subway line, and soon switched to painting backgrounds for his friends to do throws on. Then, encouraged by the painters in his family, he began painting on canvases.

Other than his recurring Vejigantes, Bermeo also paints expressionist portraits, still-lifes and colorful abstract art. Bermeo works in bright colors with energetic lines and textures that hint at the process he used to create his art.

In addition to paintbrushes and paint cans, part of his creation process includes repurposing dish soap bottles and sriracha bottles, Bermeo said. He fills the bottles with paint and uses them like he would a paintbrush, which gives his work that drippy, flick-of-the-wrist graffitied look.

“I do have talented painters in my family, and I’ve always been encouraged to keep on drawing and painting by family and close friends,” Bermeo said. 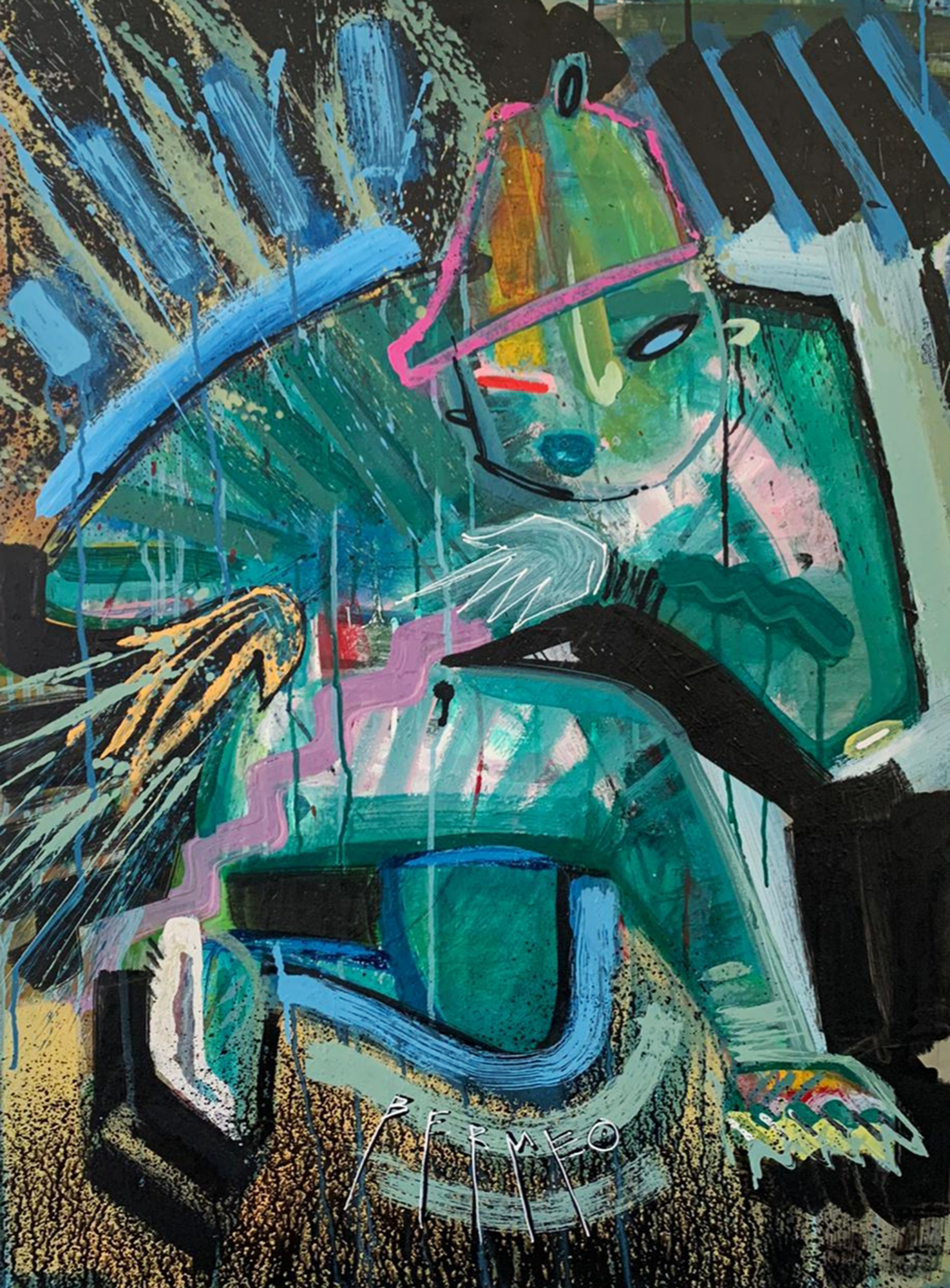 “I just need to get what’s in my head out into the world, so it’s definitely a release or an ongoing experiment of sorts.”

His art, with its rough texture, emphasis on rudimentary lines and graffiti-like characters looks like it speaks the same language as Jean-Michele Basquiat’s artwork—a language of political unrest and a distinctly masculine emotional release.

One of his paintings, titled Deserter (2019), shows the abstracted face of a soldier who abandoned his military duties without permission in protest of the military, Bermeo said. 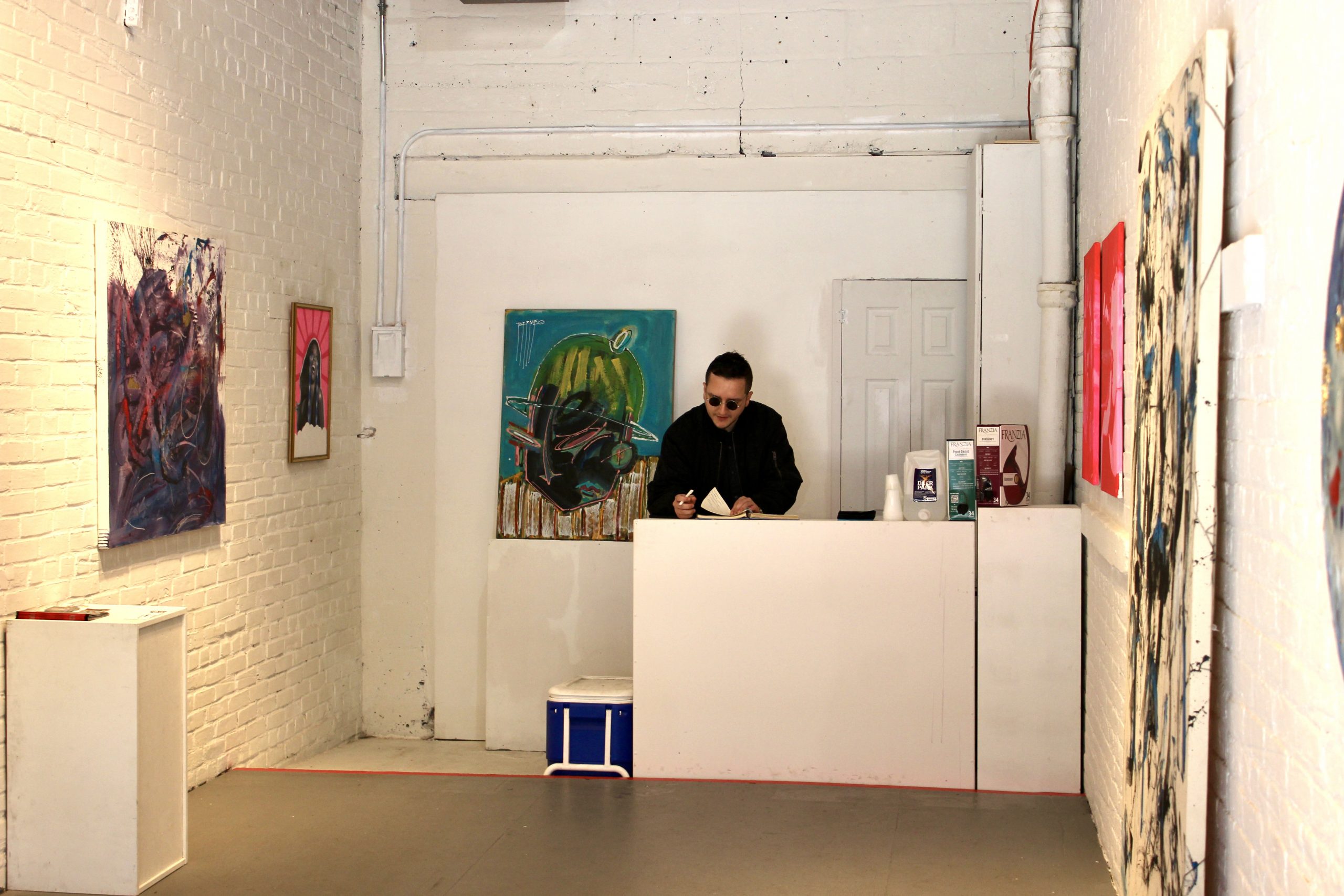 “I just like the freedom and the expression of painting,” Bermeo said.

As part of his art practice, Bermeo also curates and facilitates group shows of up and coming artists in the city. His most recent curatorial work, Imperfections, is on until May 21 at Local Project in Long Island City and explores the theme of mental health.

Though Bermeo has been painting his whole life, and was even an artist-in-residence at Con Artist Collective in 2017, he only just took his art career full-time last year.

Part of what drives him to create, he said, is that his work adds to the textured archive of New York City’s art scene and creates an avenue of meaningful collaboration.

At the onset of the pandemic, Bermeo donated a painting to a fundraising auction at The Queens Museum for Elmhurst Hospital, one of the hospitals at the epicenter of the coronavirus outbreak.

“New York City is important to me,” Bermeo said. 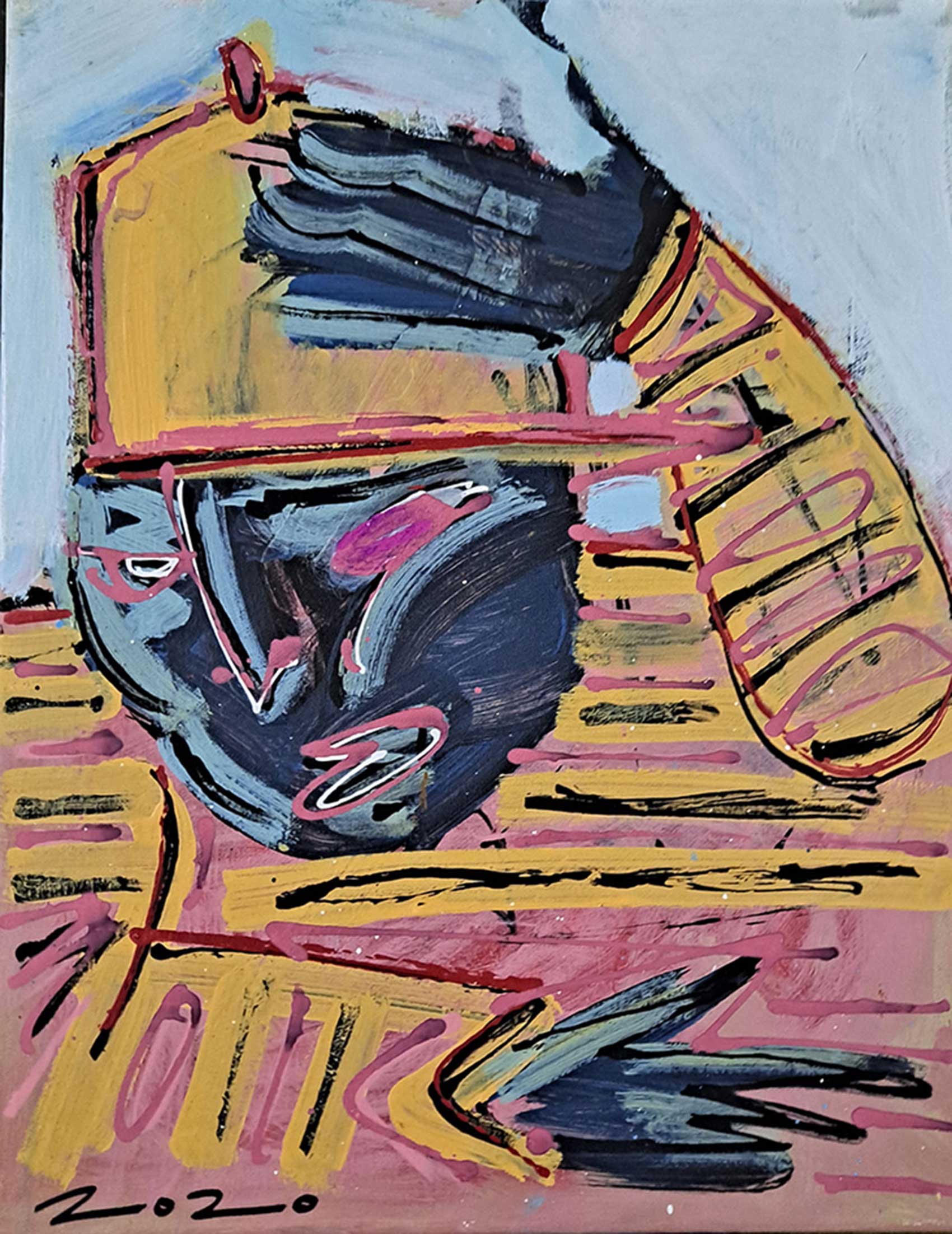 “As a native New Yorker, in this very artsy city, it’s a little disturbing that I see too many people trying to whitewash it.  So I want to promote, accentuate and celebrate all the differences here. Whether I’m doing something with an artist or curating a show, that’s what I want my work say.”

For his upcoming shows and curations, visit here.