What Do AI and Big Data Mean for Artists and Brands?

As we move another decade deeper into the 21st Century, our exponential advances into artificial intelligence, algorithmic predictivity, and machine learning continue to intensify and build momentum. The line between biological space and digital space is becoming increasingly blurry, as are the ethical conversations surrounding topics like data privacy and the hacking of the human genome.

Many artists now are thriving in this blurred landscape of technological proliferation. They’re mixing mediums, creating interactive installations fed by data sets and neural net technologies, and digging into the vast depths of our accumulating collective consciousness to produce works that are mind-bending, thought-provoking, multifaceted commentaries on the nature of our interactions with the technologies so enmeshed in our modern daily lives.

Advertising too is fundamentally changing, as consumer data and analytics loom larger and larger in the forefront of many marketing strategies. Brands are seeing the inherent value in creative digital marketing campaigns and experiential installations that have more staying power in the psyches of a content-saturated culture quick to scroll on to the next interesting thing.

The convergence of art and advertising in our digital, algorithmic age offers some fascinating insights into where artist and brand collaborations are headed in the future. To understand the implications more fully, it’ll be useful to take a look at a few artists who are warping the artworld and alchemizing art with technology to produce some amazing stuff.

Refik Anadol, a new media artist born in Istanbul but based out of Los Angeles, is synthesizing data sets, algorithms, architecture, 3D projection mapping, and even neuroscience to produce unnervingly, psychedelically immersive installations in site-specific galleries and public spaces. One of his latest, Machine Hallucination, takes over 100 million photographs of New York City from publicly available social media posts and explodes them in a stunning, undulating dance projected across all six planes of room in a New York City art/tech gallery, Artechouse. The result is a very visceral sense of being inside the mind of an internet architecture that Jonathan Zittrain, co-founder of Harvard’s Berkman Center for Internet and Society, has called “an extraordinary collective hallucination.” 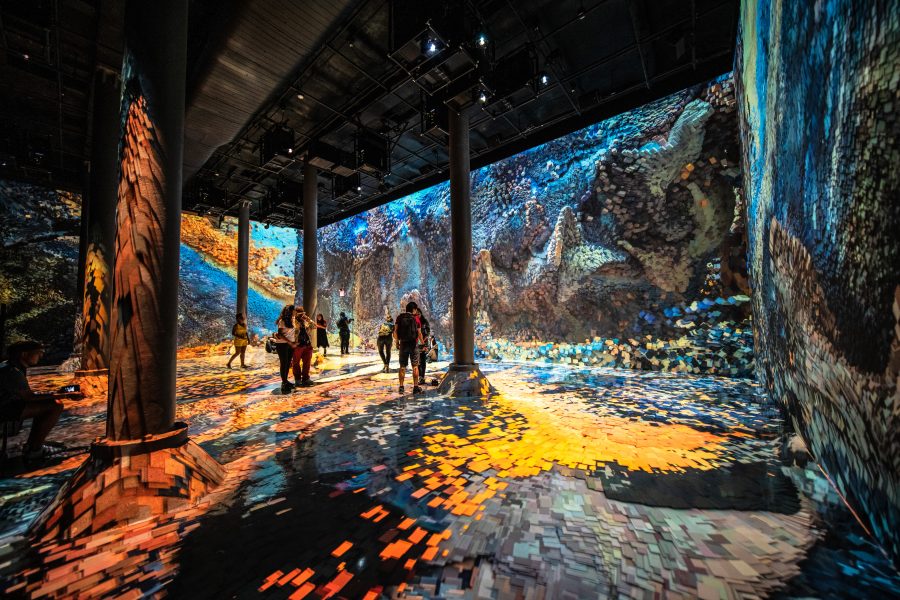 The convergence of art and advertising in our digital, algorithmic age offers some fascinating insights into where artist and brand collaborations are headed in the future.

In another installation, Melting Memories, Anadol teamed up with neuroscientists from University of California, San Francisco’s Neuroscape Lab to reinterpret EEG data that captures electrical signals related to memory and recollection. He and his team then created an installation—part data sculpture, part 3D projection mapping—that visualized moments similar to when you remember where you put your keys or recall a childhood memory. 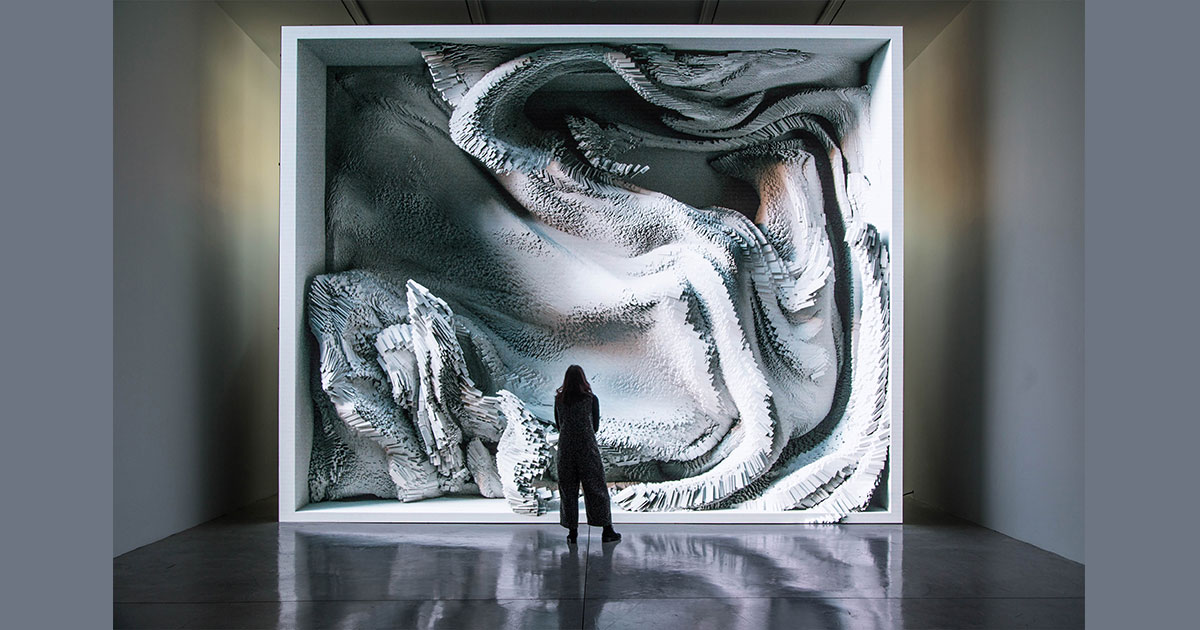 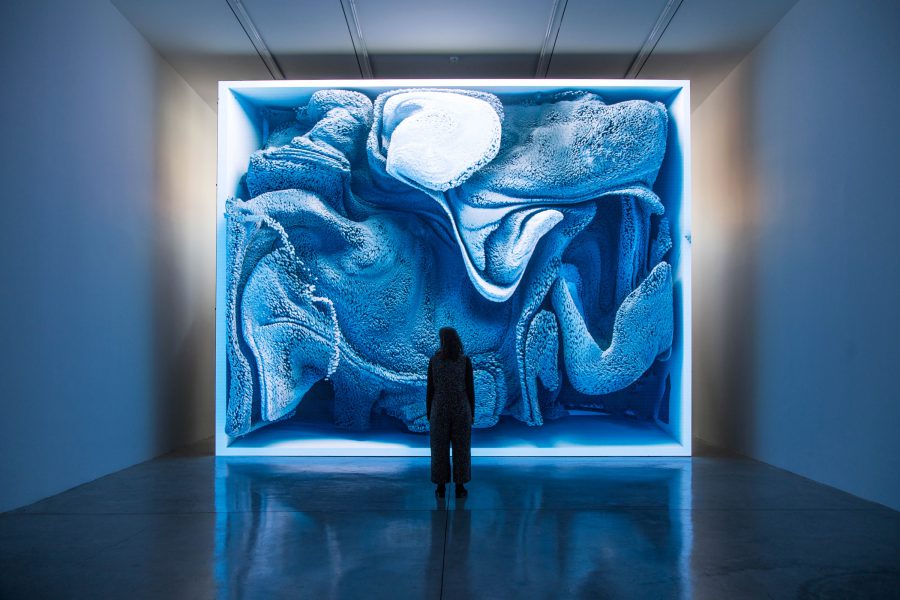 The line between biological space and digital space is becoming increasingly blurry, as are the ethical conversations surrounding topics like data privacy and the hacking of the human genome.

Helena Nikonole is another new media artist hybridizing art and technology and delving into the positive and negative potential of AI and data collection. Her 2020 project, Datasets vs. Mindsets: Post-Soviet Explorations of the Digital Control Society, which she curated with Olga Vad, is a collaboration with various Russian, Ukrainian, and Kazakh artists. It consists of a series of videos and installations by said artists and a facial recognition software that you, the viewer, grant access to your laptop or phone’s camera. The software then judges your emotional reactions to the series of surveillance-themed videos and imagery. What ensues is a very powerful confrontation between the surveilled and the surveillant, as well as a bit of paranoia about who you just granted access to your device’s camera. 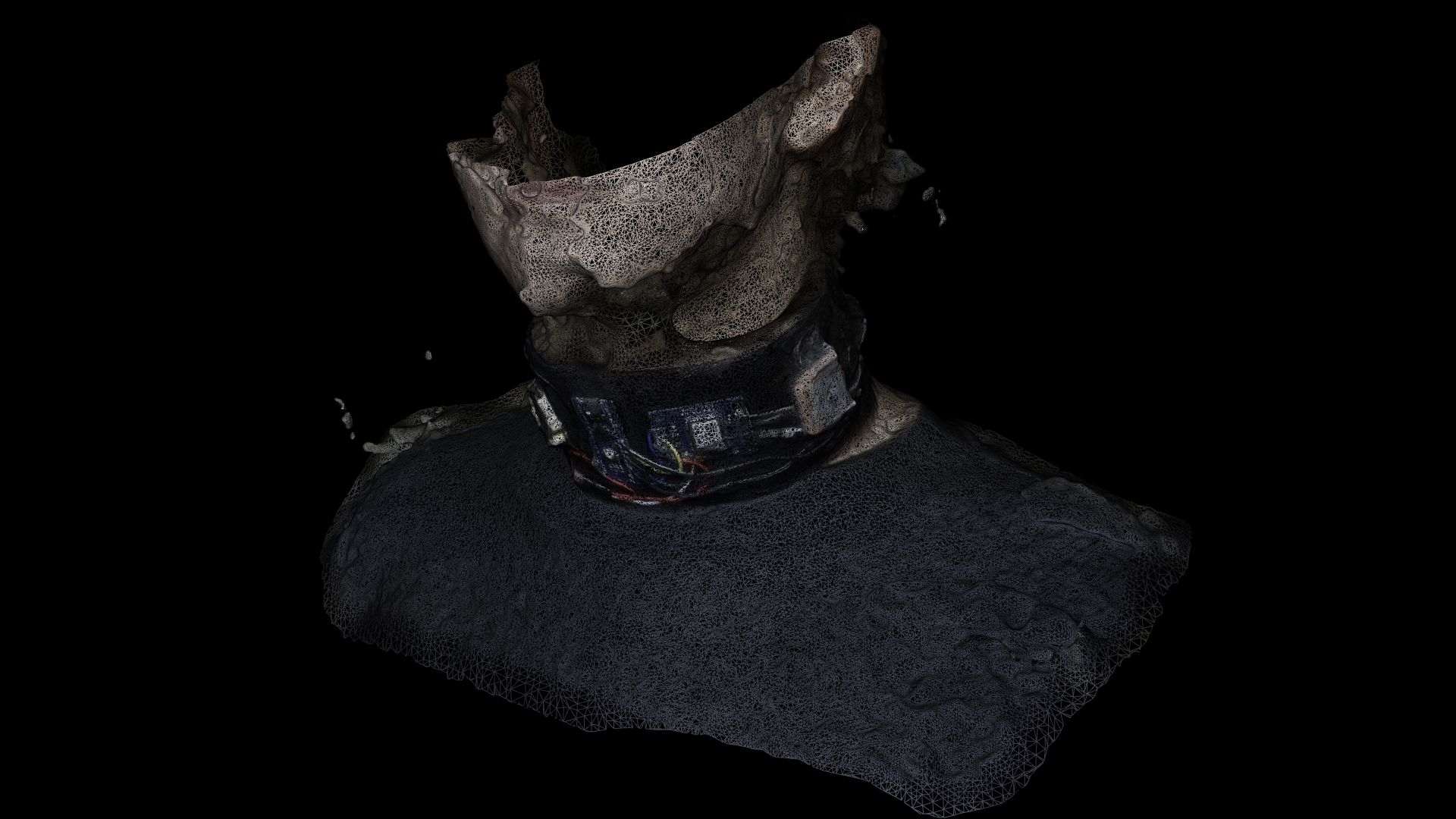 aCCTV by Vita Shakhnovich (part of Datasets Vs. Mindsets exhibition) 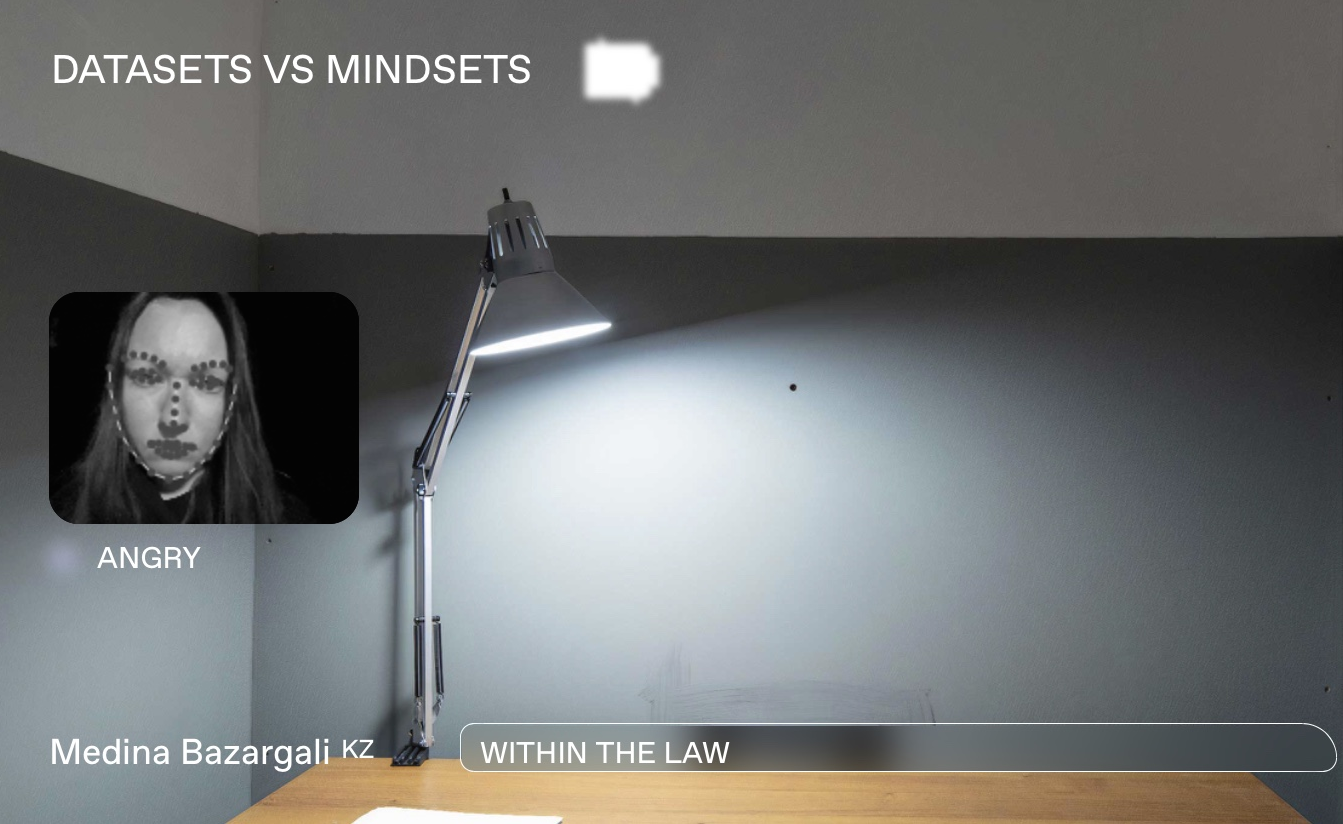 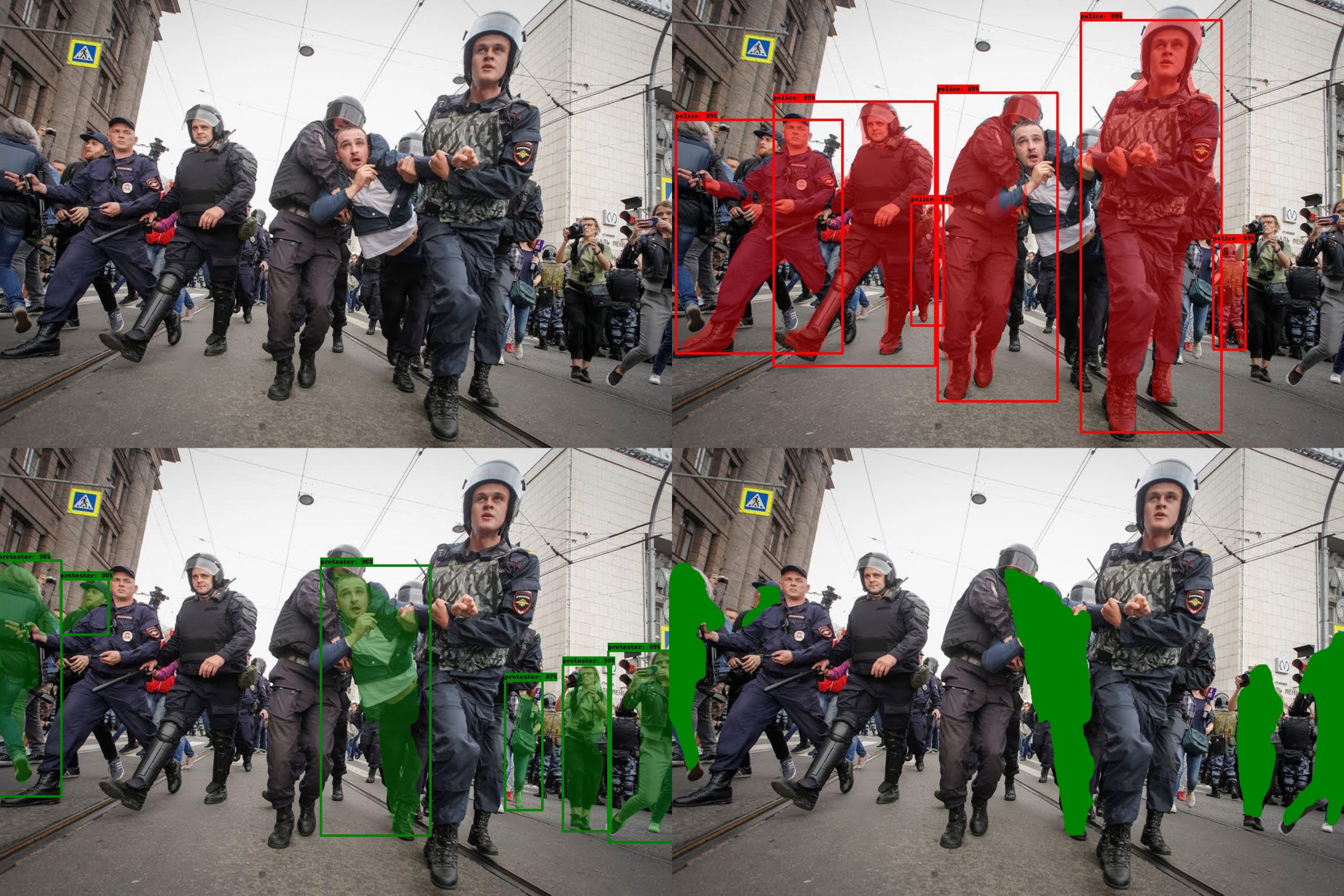 What ensues is a very powerful confrontation between the surveilled and the surveillant, as well as a bit of paranoia about who you just granted access to your device’s camera.

In a more subtle vein, Ornella Fieres merges the analogue with the digital, using a combination of algorithm, self-built technologies, and other software to turn early 20th century photographs and film into beautifully eerie pieces that encapsulate a soft blurriness between our analogue past and digital present. Her IC series is particularly fascinating in how she harnesses AI to identify old photographs and write short descriptions of them as part of the pieces. 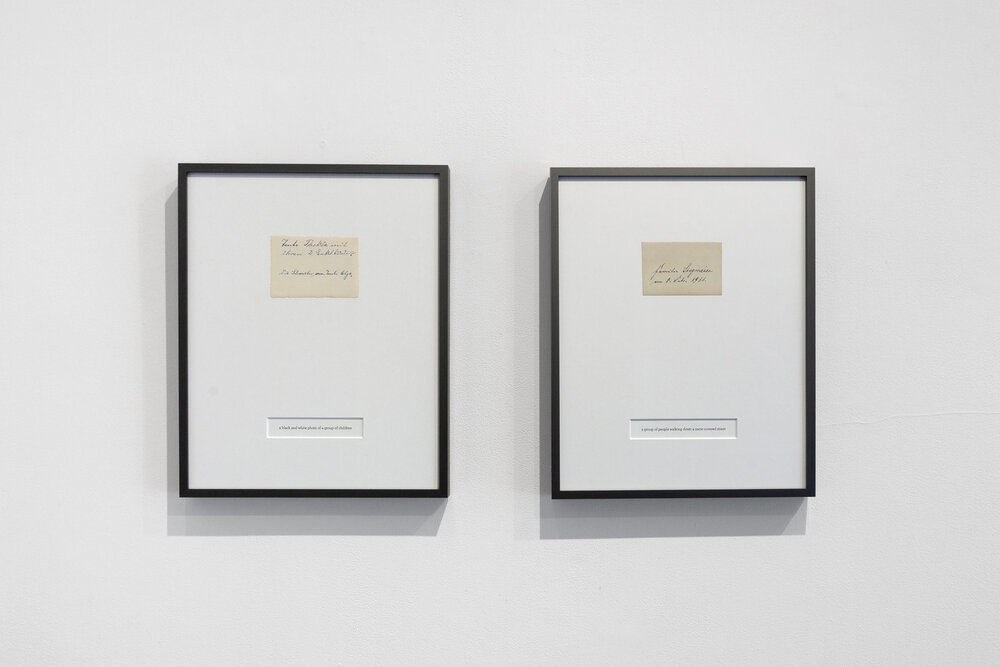 “a group of people walking down a snow covered street”, IC1, 2020 by Ornella Fieres 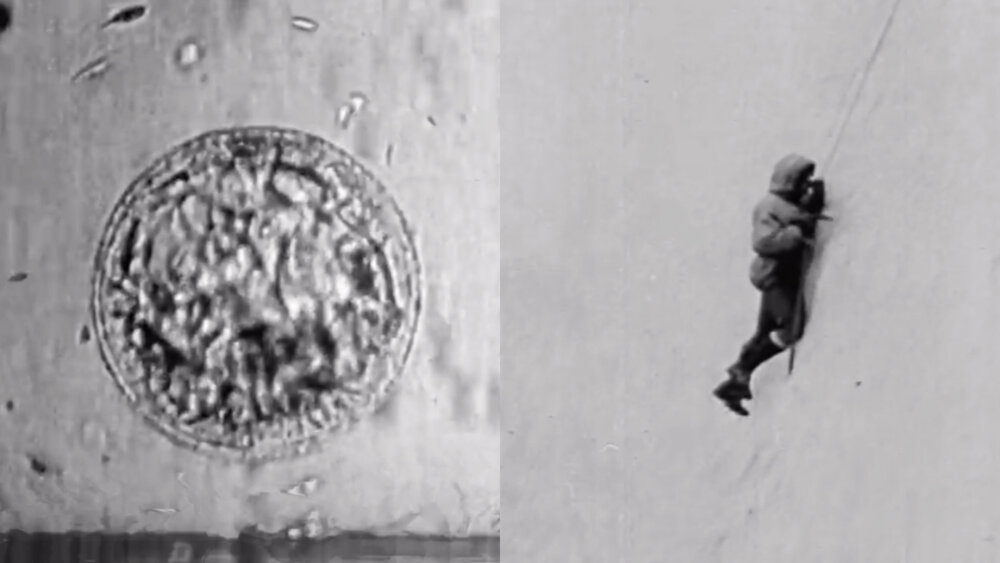 Ornella Fieres, An Algorithm for a Snowfall, 2019

It makes sense that a lot of these data-driven art installations require collaboration with big companies that have the capacity to accrue large data sets. The aforementioned Refik Anadol, for example, teamed up with manufacturing and tech giant Siemens to reimagine data that the company kept on their train systems. The Art of Intelligence used sensor data from these trains to artfully render their environmental impacts. 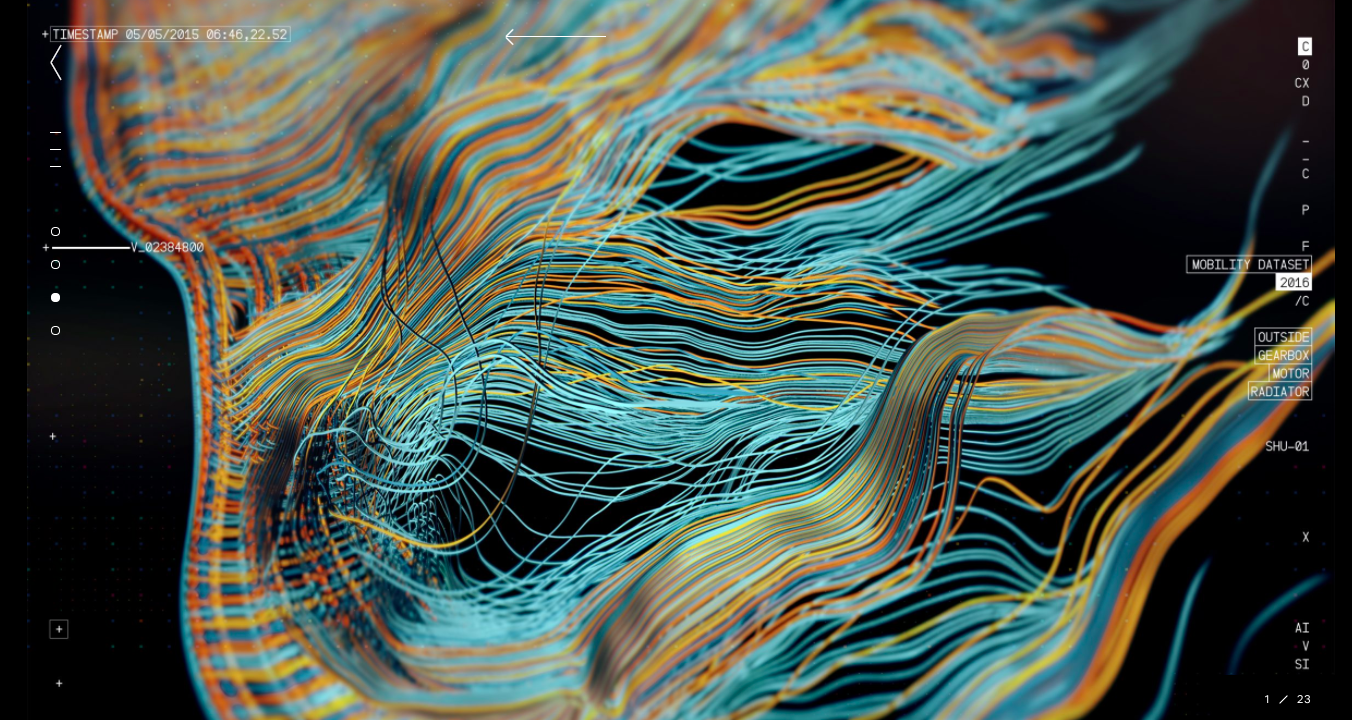 The Art of Intelligence 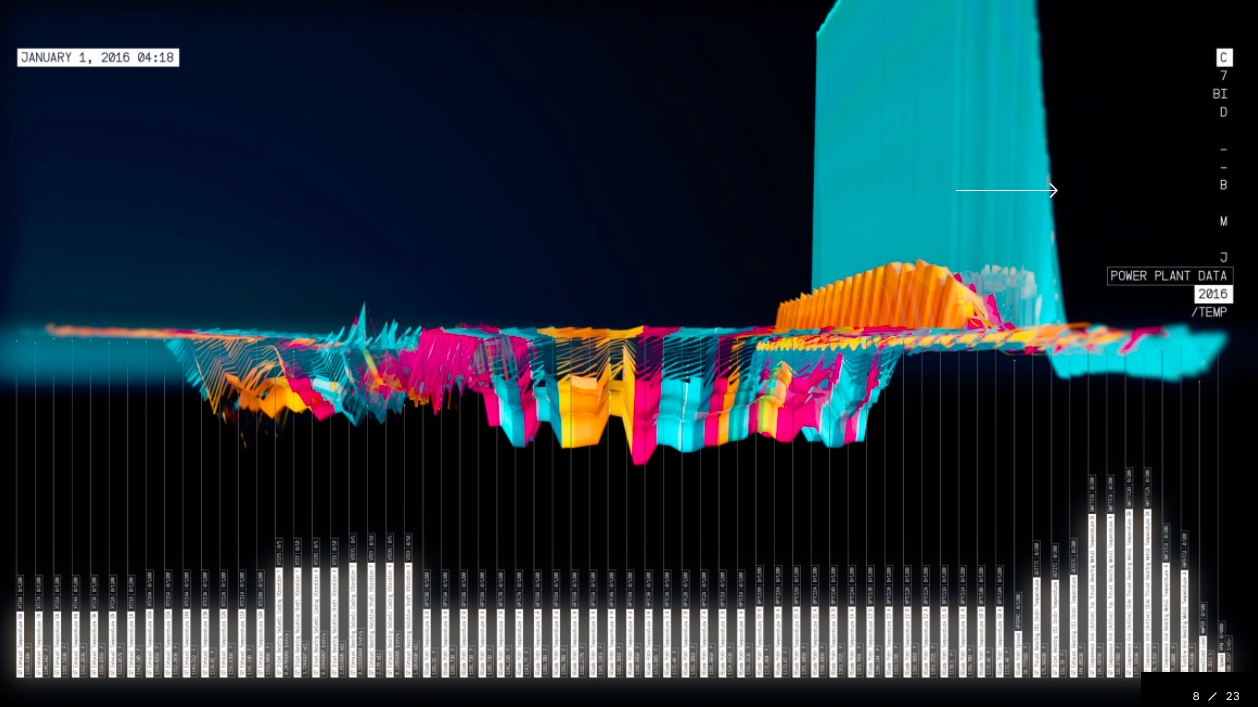 The Art of Intelligence

The Turkish art collaborative Ouchhh worked with another industry giant, Vodafone, to produce a video titled Dare to Dream, which harnessed projection mapping and Vodafone’s Real-Time Face Tracking software to create a dark, amorphous, sometimes-sinister rendering of a human face.

These kinds of collaborations bring up the question of how capable small businesses and brands are of vying for a spot at the Big Data table, of taking advantage of this data to help promote and market their products. There are certainly concerns that the biggest companies are hording all the data, building these ‘data monopolies’, which have the potential to harm smaller businesses and consolidate power among the monolithic tech and media giants. On the other hand, many argue that the open-sourcing of data will lead to a more data-equitable future, or even that, by its very nature, data isn’t susceptible to monopoly because of its ubiquity and accessibility.

These kinds of collaborations bring up the question of how capable small businesses and brands are of vying for a spot at the Big Data table, of taking advantage of this data to help promote and market their products.

It will be compelling to see where art fits into this equation, and how the dynamics between artist and brand collaborations will evolve in this shifting landscape, especially as artists themselves continue to push the boundaries of the imaginable using the same technologies as the businesses.

Thorne, a health/supplement company with far less reach than Siemens or Vodafone, teamed up with the experiential art collective Marshmallow Laser Feast a few years ago to create an immersive installation that took health data from people who signed up for the event and 3D mapped it into an explosion of articulated pixels on a screen in front of them. The Frontier Within installation was also connected to the web, and the company created personalized videos for the users to ‘share their inner selfie’. In essence, Thorne created its own user data and used it to help get a clearer understanding of their customer base.

There is a sea of opportunity for both brands and artists to harness the wave of Big Data and AI. It remains to be seen just where that wave will break, if it will at all.

Based in London, United Kingdom

Andrew Bell is a freelance writer from Massachusetts and is currently based in London. While living in Istanbul for five years, he became immersed in the graffiti and art culture of one of the oldest cities on earth. He loves getting lost in unknown cities, loves music, and tries his best to differentiate between honesty and bullshit.