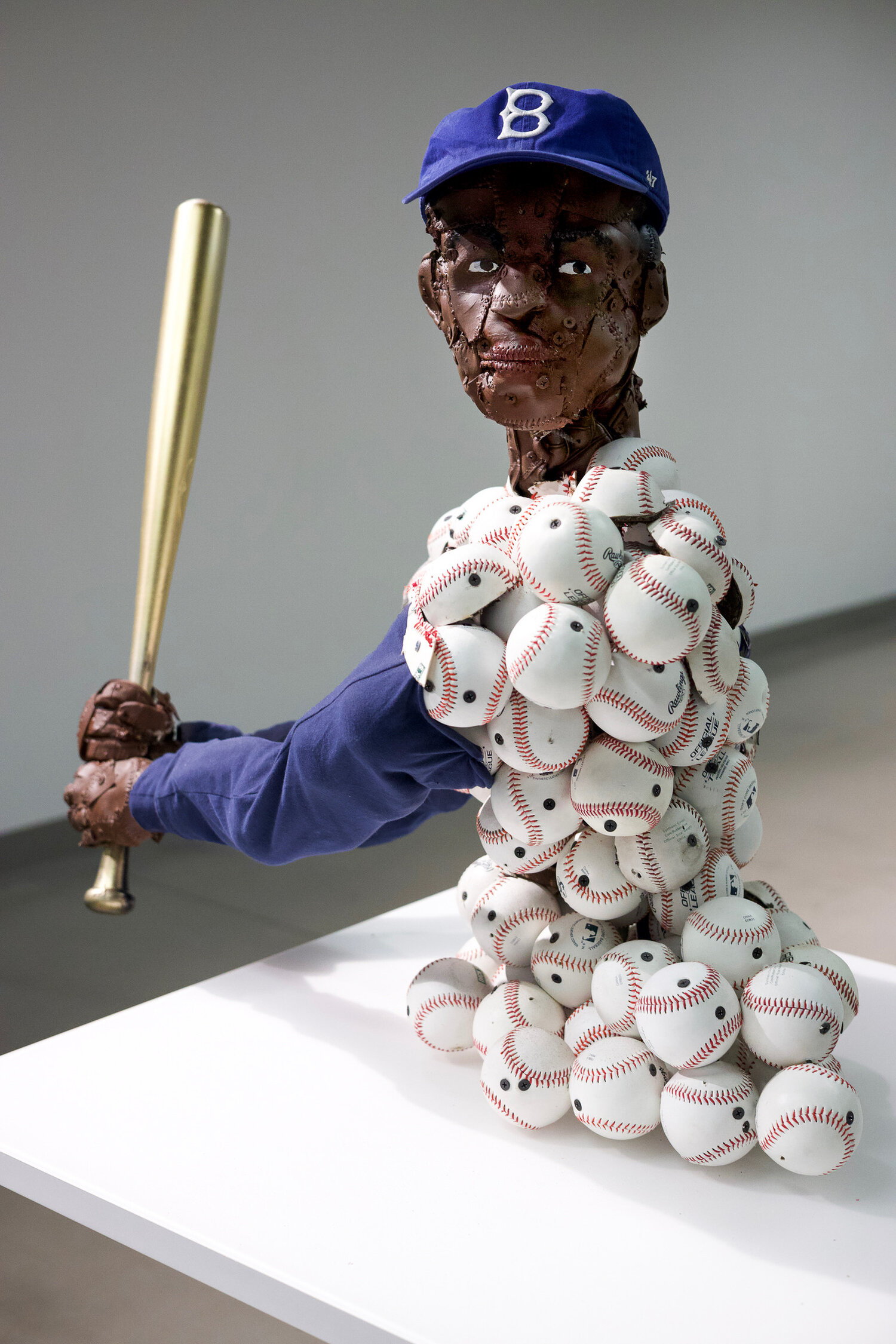 Miami, FL – (November 1, 2022) – Harlem Globetrotter Guard Maxwell Pearce will show his inaugural exhibition, The Art of an Athlete, during Art Basel/Miami Art Week 2022 from Friday December 2nd, 2022 to Sunday December 4th, 2022, inside N’Namdi Contemporary Fine Art, located at 6505 NE 2nd Ave., in Miami, Florida. The collection is available for public viewing on December 2nd, from 6 -10 p.m. and at 12 noon until 10pm on December 3rd and 4th.

Propelled by a deeply inappropriate live interview with Alabama television anchors in 2020, Maxwell Pearce channeled the ensuing tide of backlash and hate filled messages into an artistic celebration of Black athletes’ abilities to shape their own narrative beyond their careers in sports. Pearce made national news when he took a public stance on the racially insensitive incident by posting a social justice focused video on social media, which was widely viewed and covered by major media.

When the pandemic happened, Pearce, like the rest of the world, was forced to quarantine at home. During that challenging time, he channeled his frustration into The Art of An Athlete, a  vibrant fine art, mixed media and athletic material collection that highlights sports figures who have used their platforms to fight for social justice throughout history by examining the different forms of protest from one generation to the next.

“My work explores the multitudes of ideas within Black athleticism and celebrates athletes’ individual ability to do more than dribble, shoot, and score. It honors the literal ties that connect athletes across generations and binds them to public, collective memory”, commented artist Max Pearce, Creator, Art of an Athlete.

“The Art of an Athlete” exhibition also honors powerful Black women athletes through pieces such as “Naomi” and “I See Me,” which are inspired by top-ranking professional tennis players Serena Williams and Naomi Osaka.

“More Than an Athlete” is one of the collection’s most remarkable pieces of artwork as it highlights the grievous history of racial injustices widely committed against Black Americans, including Pearce. This piece includes fluorescent-lit references to former United States President Barack Obama, Black Lives Matter, Black voting rights, and victims of police brutality.

In addition to a public viewing of the art collection, the exhibition will also include a panel discussion, featuring an array of superstar athletes.

Media inquiries: Suzan McDowell, Circle of One Marketing, suzan@circleofonemarketing.com, or by phone at 305-576-3790.

Maxwell Pearce is a professional athlete, entrepreneur, and mixed media artist. In 2018, he was a semifinalist in the 2018 ESPN College Slam Dunk Championship. Shortly after, he became the first Division III basketball player to be fully featured in two video games (NBA 2k and NBA Live). In 2020, he was an Honorable Mention nominee for the ‘Can’t Stop Watching Moment of the Year’ ESPYS Award. Currently as a Harlem Globetrotter, his social presence has led to viral videos featured by CNN, GQ, CBS, Bleacher Report, Sportscenter, MTV Ridiculousness, and more.