Ashley Miah: Candy for the Culture

Initially, when I think of New York City summers in the 90s, my mind instantly races back to open fire hydrants splashing water throughout hot asphalt streets. The sound of the ice cream truck floating through the neighborhood, a lady selling mangoes on the corner of the street with frozen icees in the back cart. Cartoon Network in the morning with a bowl of cinnamon toast crunch sitting in my legs as I sit cross legged watching cartoons on a Saturday morning. If I ever ran out of words to describe that feeling of nostalgia, any one of Ashley Miah’s paintings would seamlessly step in, where the words fall short.

With a busy lifestyle that barely leaves Ashley time to sit down, she’s so graciously provided the time to talk about what life was like pre-gentrification and what propelled her into the art world now. Anxious about not wasting time I immediately want to delve into asking her about her artwork, and what brought her to this point. However, her bright bubbly personality, and warm smile has us talking for at least 30 minutes about our respective day and what life is like to be women of color and full time creatives. It is definitely not an easy feat because has to be very protective over their voice as an artist in general. Even more so an artist of color has to be able to control their own narrative in case it is stolen and retold before they have the chance to portray it authentically. 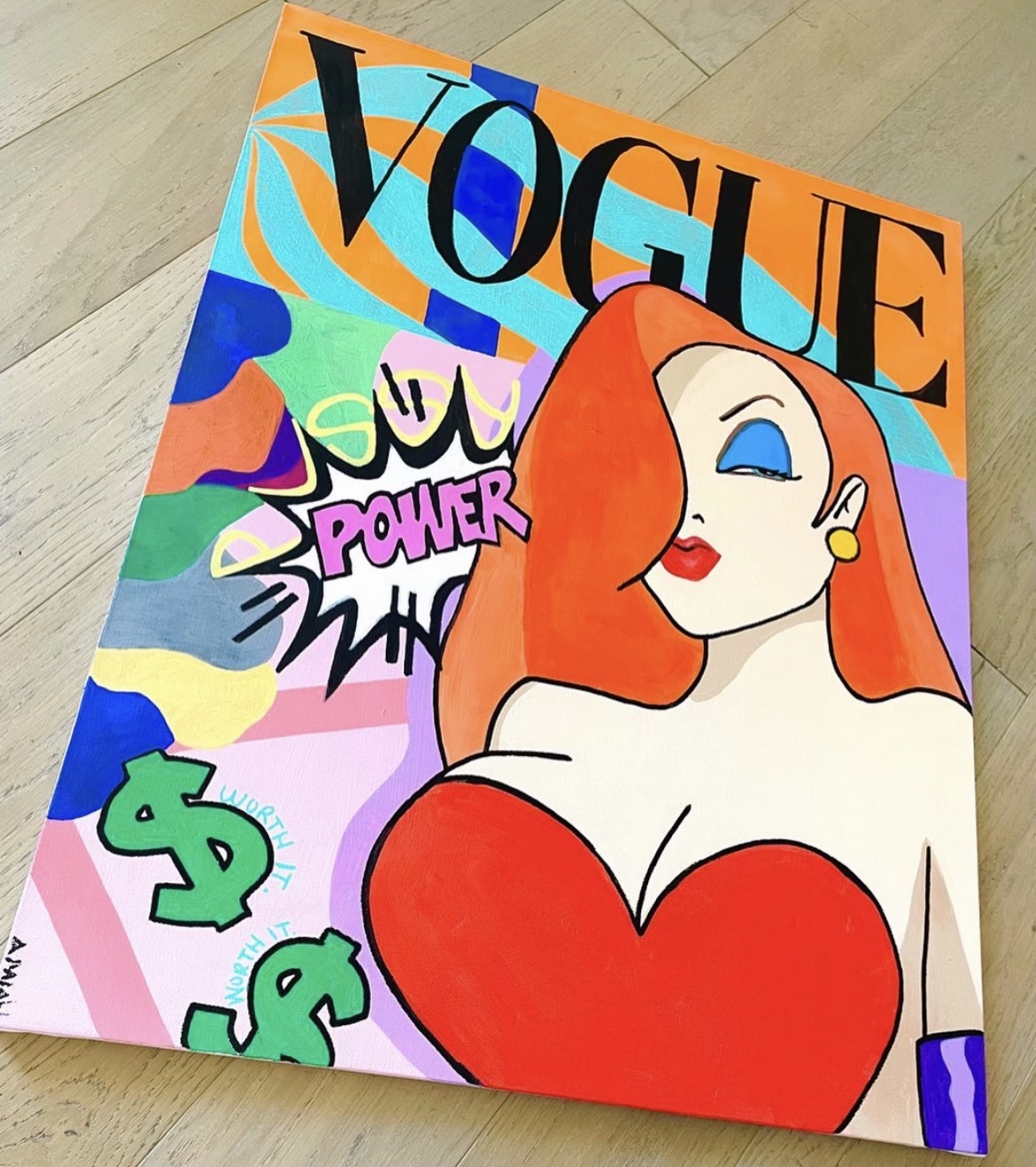 Even more so an artist of color has to be able to control their own narrative in case it is stolen and retold before they have the chance to portray it authentically.

To truly appreciate where Ashley has come from, it’s imperative to realize that the dream of being a full-time artist and staying on that path for one’s livelihood is not something normalized in most minority communities. In fact, when choosing careers the main goal is to survive. The goal is something consistent, safe, practical. For most creativity in the grand scheme of things is often left as an afterthought. However, Ashley knew she was destined for more. In her childhood the pen kept her drawing consistently and over time preserving her culture by way of art was something that came as a second nature. It was only natural that she wanted to learn more skills when building on her craft. And so when choosing her high school she gravitated to the LaGuardia High School of Music and Art.

To be so young and surrounded by people who will never understand what it’s like to be the “other” in the sea of privilege, it’s easy to face a feeling of imposter syndrome. One contributing factor could’ve been her teachers. When I asked about possibly facing imposter syndrome Ashley was confident in the fact that her peers at LaGuardia never contributed to it. In fact, they welcomed her fresh take on creating works that spoke to her neighborhood, her childhood experiences, and her urban culture. 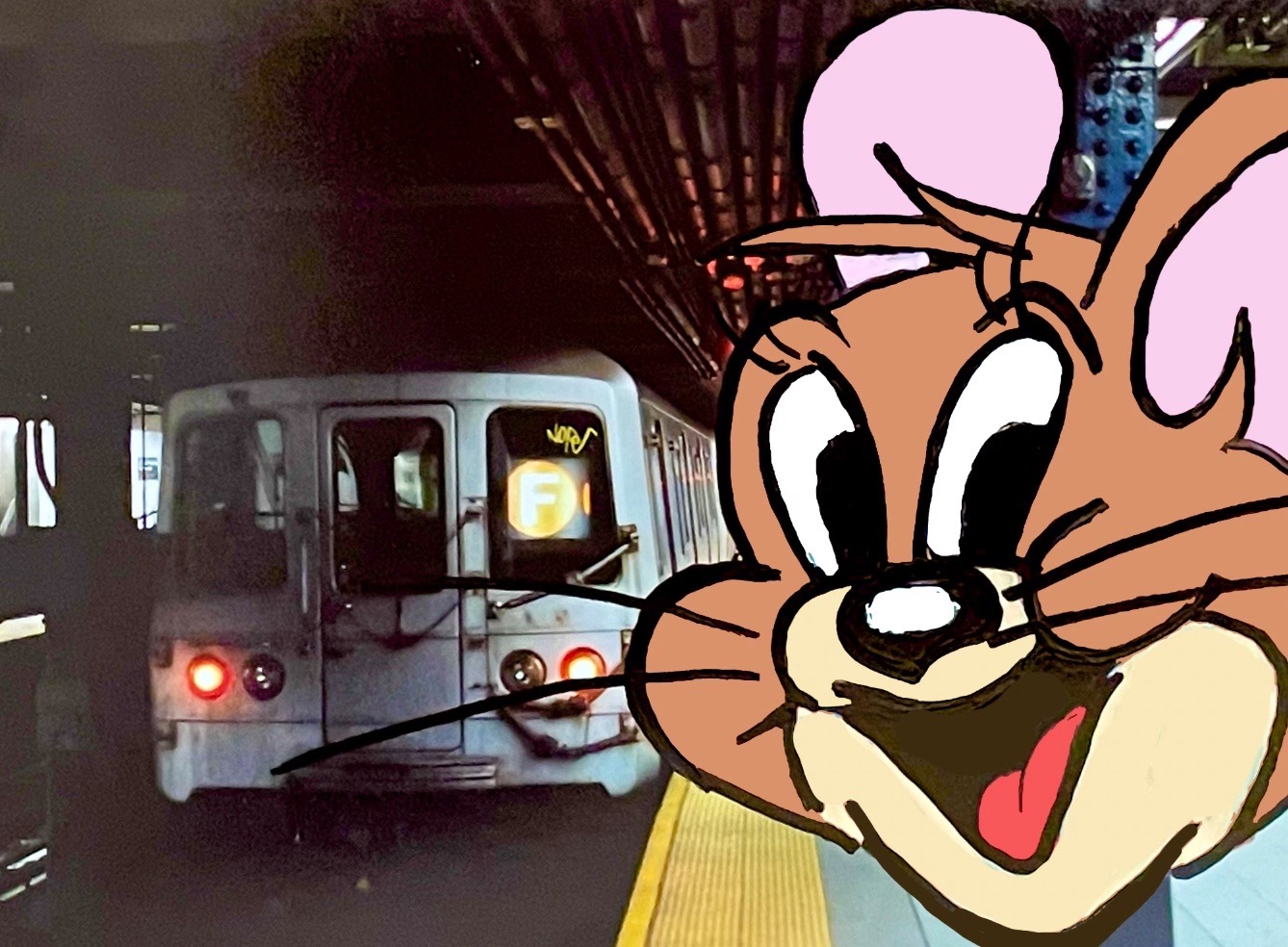 When I asked about possibly facing imposter syndrome Ashley was confident in the fact that her peers at LaGuardia never contributed to it. In fact, they welcomed her fresh take on creating works that spoke to her neighborhood, her childhood experiences, and her urban culture.

However, her teachers consistently stressed replicating the masters of the Renaissance. The stress of matching up to the realism, achieving a replica of what once was could add to a form of artistic erasure that’s so often faced. But the only thing that Ashley wanted to do was visually preserve the culture of a neighborhood that was slowly being erased by gentrification.

On the topic of art school, I thought to myself: “Were the instructors more focused on refining her skill, or was it also her voice being refined as well to fit their narrative?” The thought came about when I asked Ashley about some examples of when she felt “othered.” 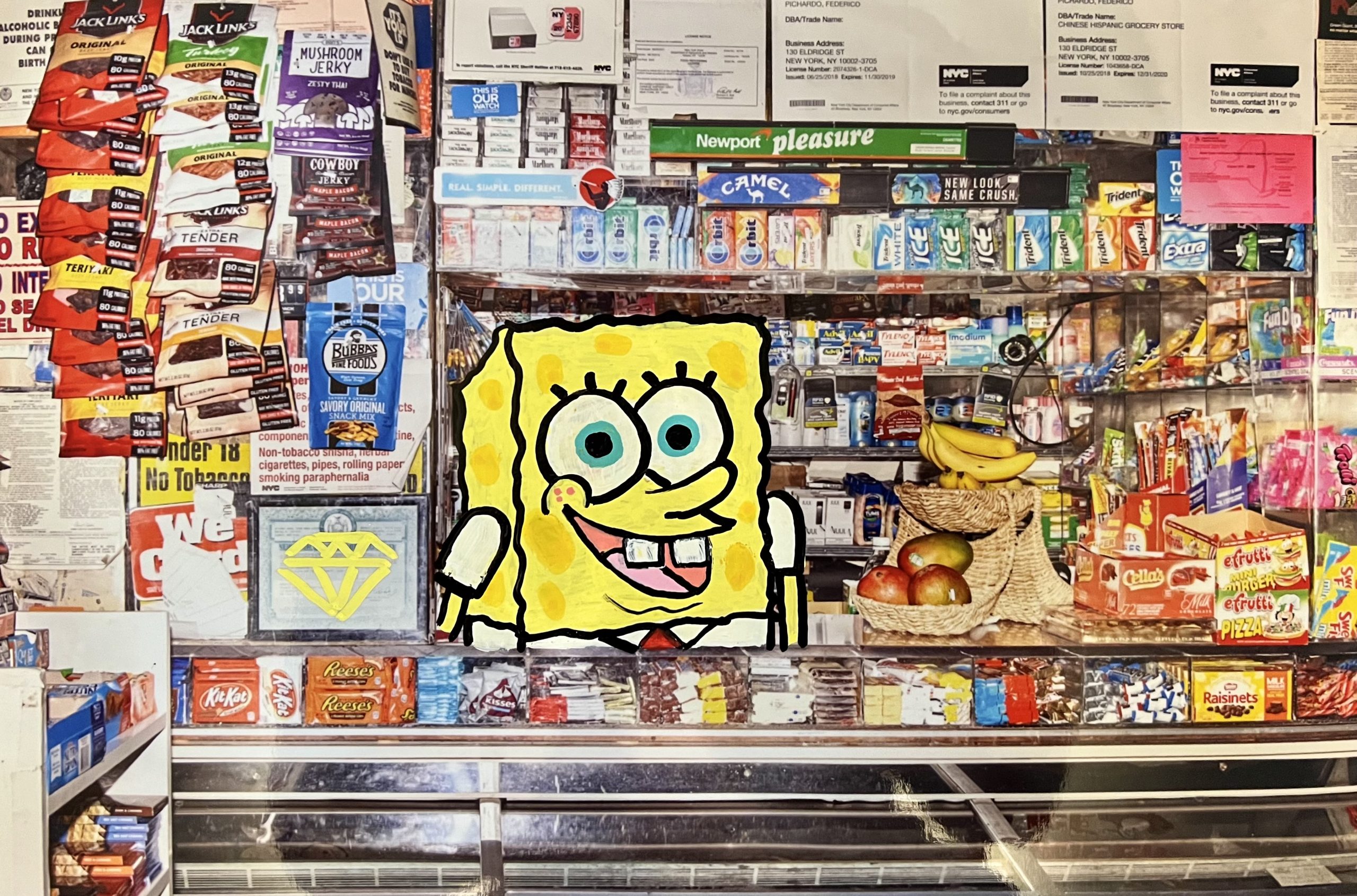 Every time her peers would paint mountain scenes, and nature, she was always called to document her neighborhood by painting the bodegas, the liquor stores and the nail shops as they authentically stood, contrasting the new burgeoning buildings that would eventually replace them.

She told me of assignments that the classes would receive where she would be asked to choose landscapes to paint.  Every time her peers would paint mountain scenes, and nature, she was always called to document her neighborhood by painting the bodegas, the liquor stores and the nail shops as they authentically stood, contrasting the new burgeoning buildings that would eventually replace them. Now this could have been viewed as a sign of rebellion but it’s here that I recall the beginning of our conversation where we hyped up the beauty of being real New Yorkers who take pride in the New York spirit of ferocity. Standing ten toes down and keeping the culture at the forefront.

Ashley’s skill set is inspiring. Upon graduating Fiorello H. Laguardia High School, she continued on the journey of honing her artistic skill by achieving her Associates in Fine Art from LaGuardia Community College and going further to secure her Bachelor’s in Fine Arts from Hunter College. But oddly enough life after college had led her into the Brooklyn District Associate’s office where she had worked for the criminal justice system, in efforts to provoke positive change for the community. 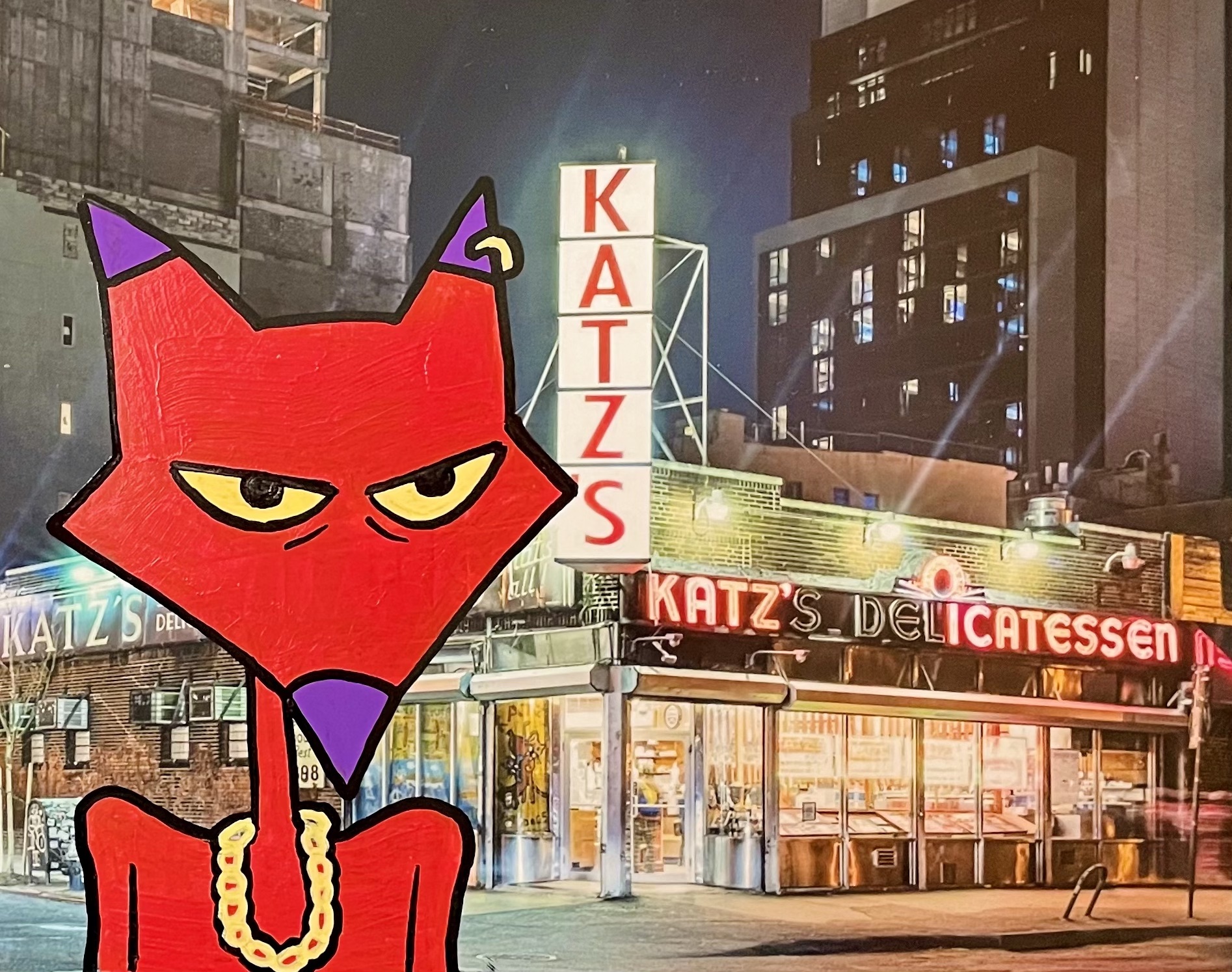 The summer of 2020 turned a tide in Ashley’s life during the Black Lives Matter protests which were sparked nationwide over the murder of George Floyd by the hands of barbaric police officers, she ruminated over what her role would be in history. It was then that she realized it was a disservice to our people to work for the criminal justice system versus working for her passion, using art to support our slowly dying communities, to reinvigorate our people,  to put on for the culture. Ashley described working in the office as “doing her soul a disservice”, and she immediately left her work to go back into creating full-time. 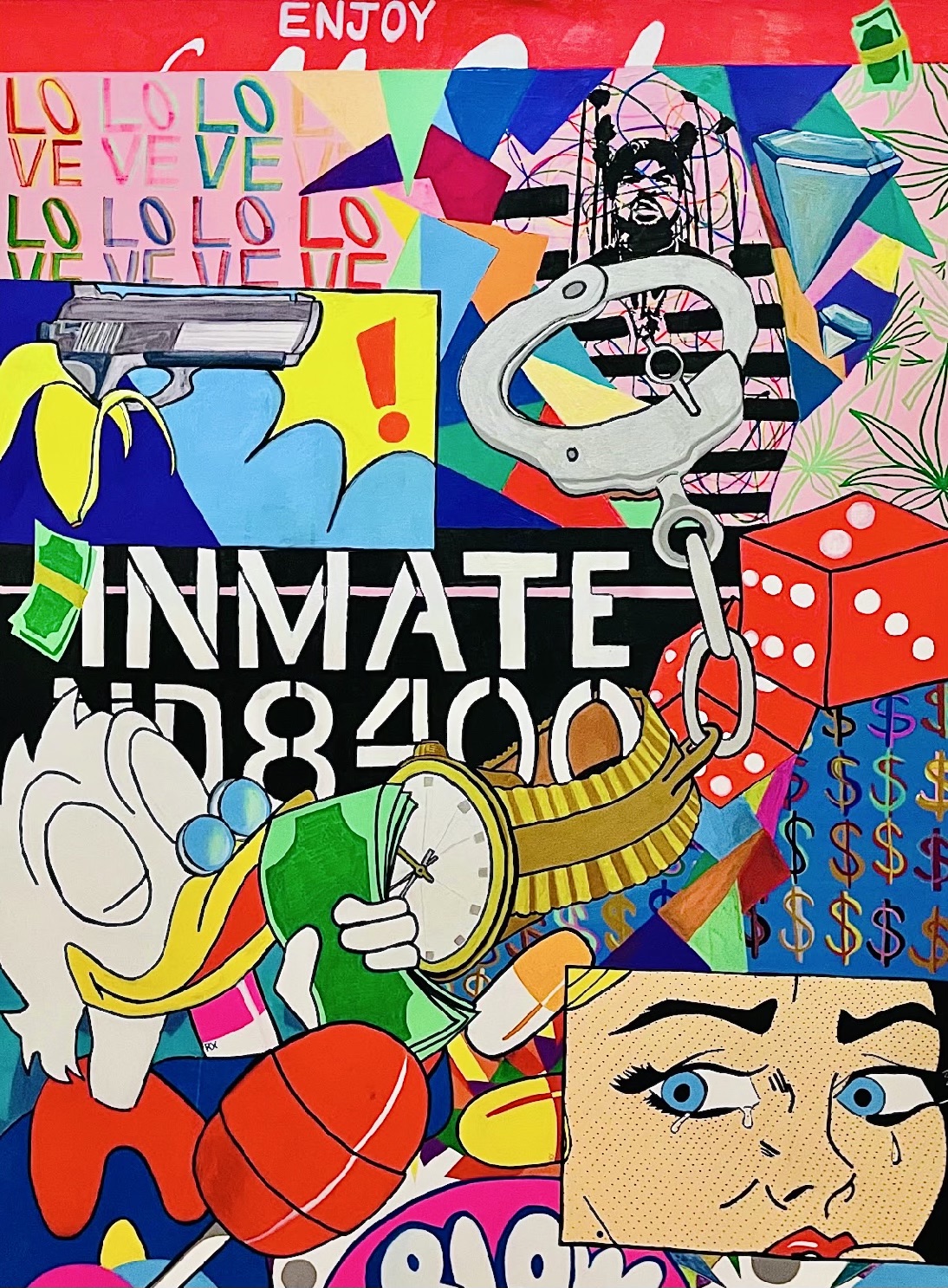 One pivotal fact is that from the age of 15 she had been using yellow paint to wash her canvases before she even begins a piece—and Ashley revealed that her last Aura Reading showed the color bright yellow was her aura.

Painting is a spiritual process. Whatever comes from spirit goes onto the canvas like a visual diary. Curiosity ate at me as I asked her what some rituals that she does to prepare her for her painting sessions are. She was transparent that she uses spirituality in her painting process. One pivotal fact is that from the age of 15 she had been using yellow paint to wash her canvases before she even begins a piece—and Ashley revealed that her last Aura Reading showed the color bright yellow was her aura. What a testament to her self-awareness and self knowledge. She sets the intention of her space with spiritual candles that often have crystals embedded; these crystals can range from citrine to tiger’s eye. Her crystal choices have a common purpose. All of these crystals invoke a sense of clarity and confidence. 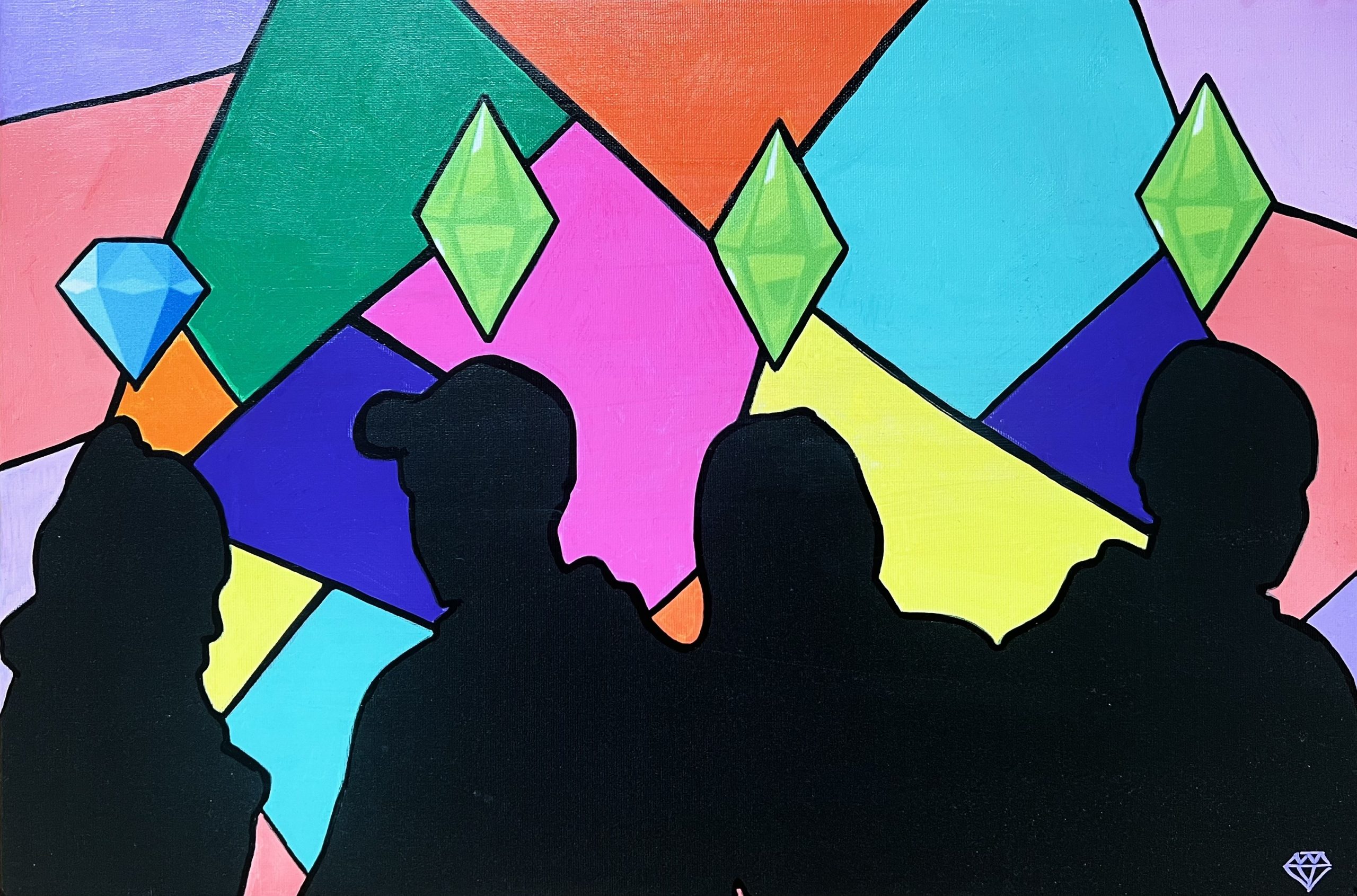 During her spiritual journey a lot of the work that Ashley put in was internal. The personal development, reflection and introspection had brought her such peace and clarity that she was ready to invest it back into her community. At the core, her values lie in authenticity and mentorship. Her brand Empress encapsulated both flawlessly.  “Empress, serves as a reminder that we all have the room and right to be seen.”

I was curious to know why she went with Empress, rather than the more common used “Queen” or “ Goddess” that most women use to hype each other.” Ashley explained there was a time where in many of her tarot readings she would see the empress card pulled consistently. It’s there that she stepped into her role to build representation for women of color who are marginalized and not often given the stage that they deserve. 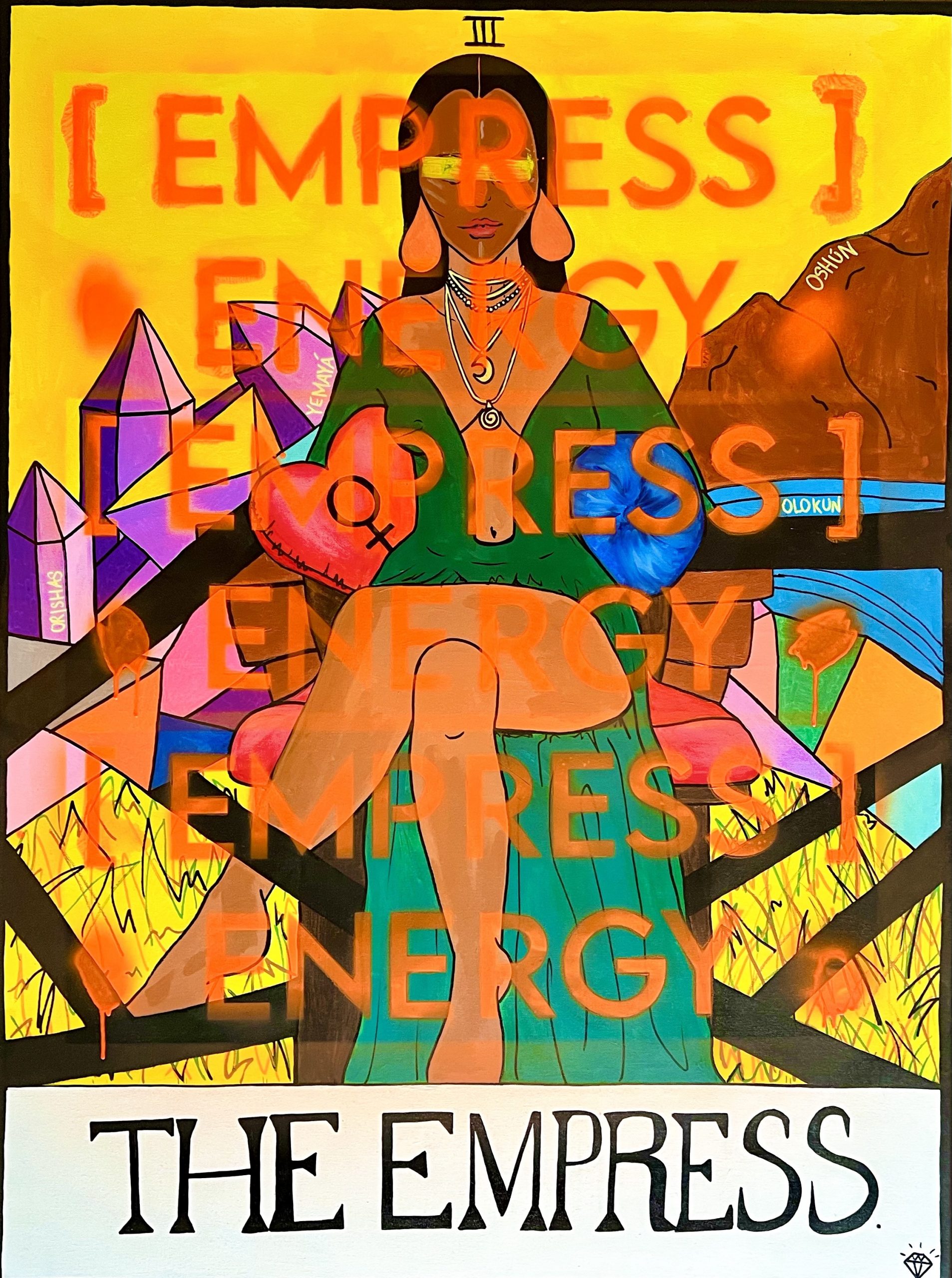 “Empress, serves as a reminder that we all have the room and right to be seen.”

With a desire to pour from her full creative cup, Ashley is inspiring the youth in her city by way of programs she’s envisioned and brought to reality. With her brand “Culture Candy,” she showcases art to the local community in a way to preserve the culture. In the balancing act of Ashley’s life, her work with the Summer Youth Program in New York is something that cannot be overlooked. Her core values lie in teaching young artists skills such as social media marketing, and branding. The goal is to focus on instilling the value of creating to build rather than creating simply to sell and commodify their unique perspectives.

I eagerly look forward to what Ashley has in store for the community. Her published guide “How to Start Your Art Career ” was a labor of love and evidence of her goal that all emerging artists have the capacity to build their artistic dreams and make them reality. This summer we can all look forward to her upcoming large-scale event “heART Con, an art convention designed to showcase NYC galleries, artists, curators curated by The Culture Candy. Ashley uses her connection to her community to spread love and encouragement to everyone she meets, and steps into her purpose daily, one canvas at a time.

Jomani Danielle is a visual artist, vocalist and writer born and raised in Brooklyn NYC. She acts as a documentarian seeking to preserve the authenticity of NYC culture whilst simultaneously enriching it one article, canvas or performance at a time.