It is safe to assume that the vast majority of the approximately two hundred former homeless people and immigrants who today live in an old, abandoned factory, located in Via Prenestina 913, on the outskirts of Rome, do not think about Russian author Fyodor Dostoevsky in the slightest. And this, despite the fact that his famous phrase – “Beauty will save the world” – is currently a central point of their survival.

Crossing there about ten kilometers east of the centre of Rome, there isn’t exactly an abundance of beauty. Indeed, this area seems quite unloved. Used car dealerships, supermarkets, buildings built without worrying too much about urban planning as well as the usual dirt on the side of the streets are some of the features that you encounter along Via Prenestina. 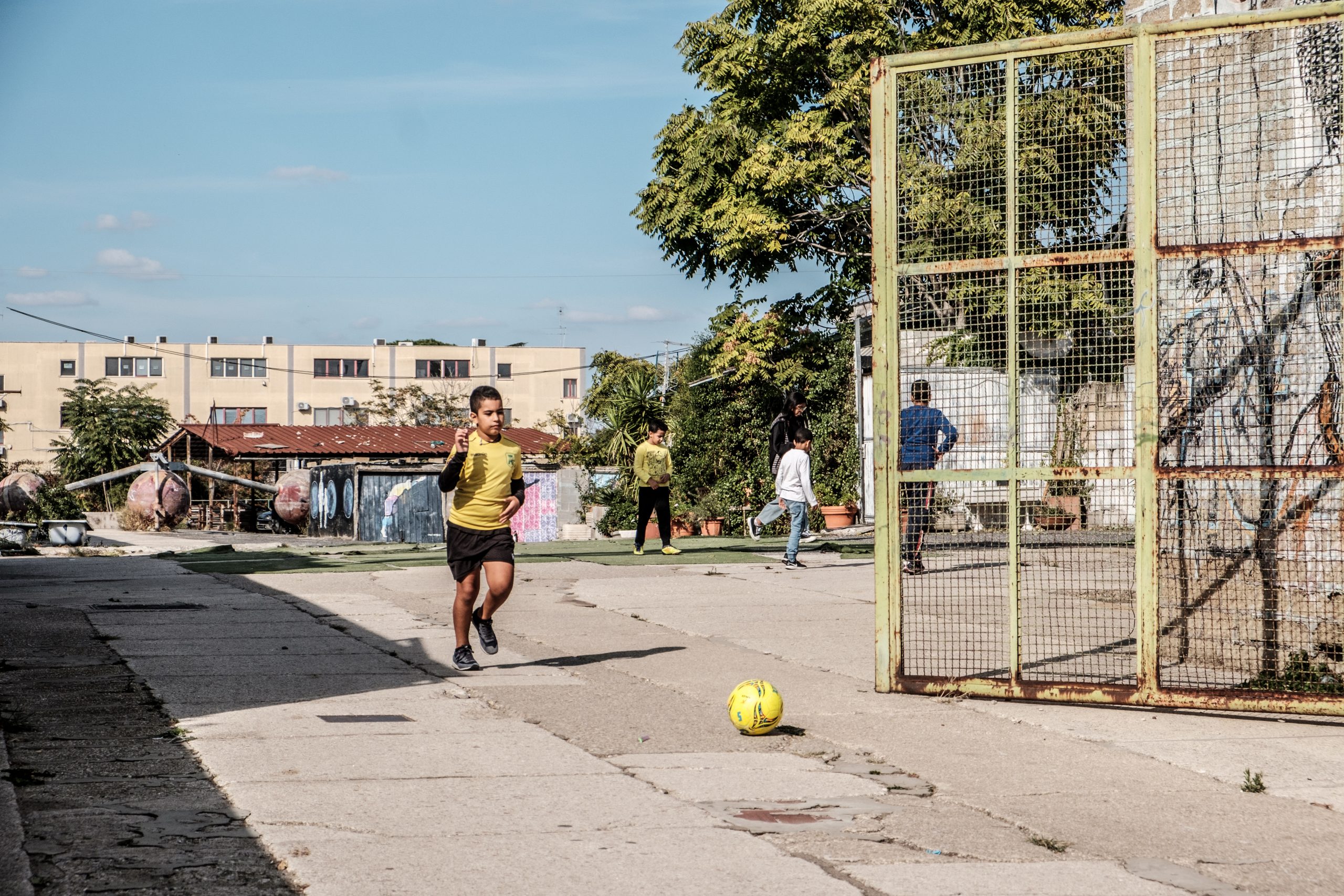 However, this somewhat bleak view of the area is interrupted at building number 913. Here beauty suddenly appears. A pair of crystalline eyes are painted on a large wall. This multicolored, almost hypnotic, look was created in 2014 by Brazilian street artist Eduardo Kobra. It radiates a strange curiosity perhaps mixed with a hint of amazement.

Beyond the high walls a rebellious and often strange beauty continues. On the square of the old factory, you can in fact see dozens and dozens of works of art that embellish walls, facades, and doors. Wherever it is physically possible to create art and express creativity and beauty, a street artist has passed by and left their mark. And this is only the beginning of an explosive artistic journey. 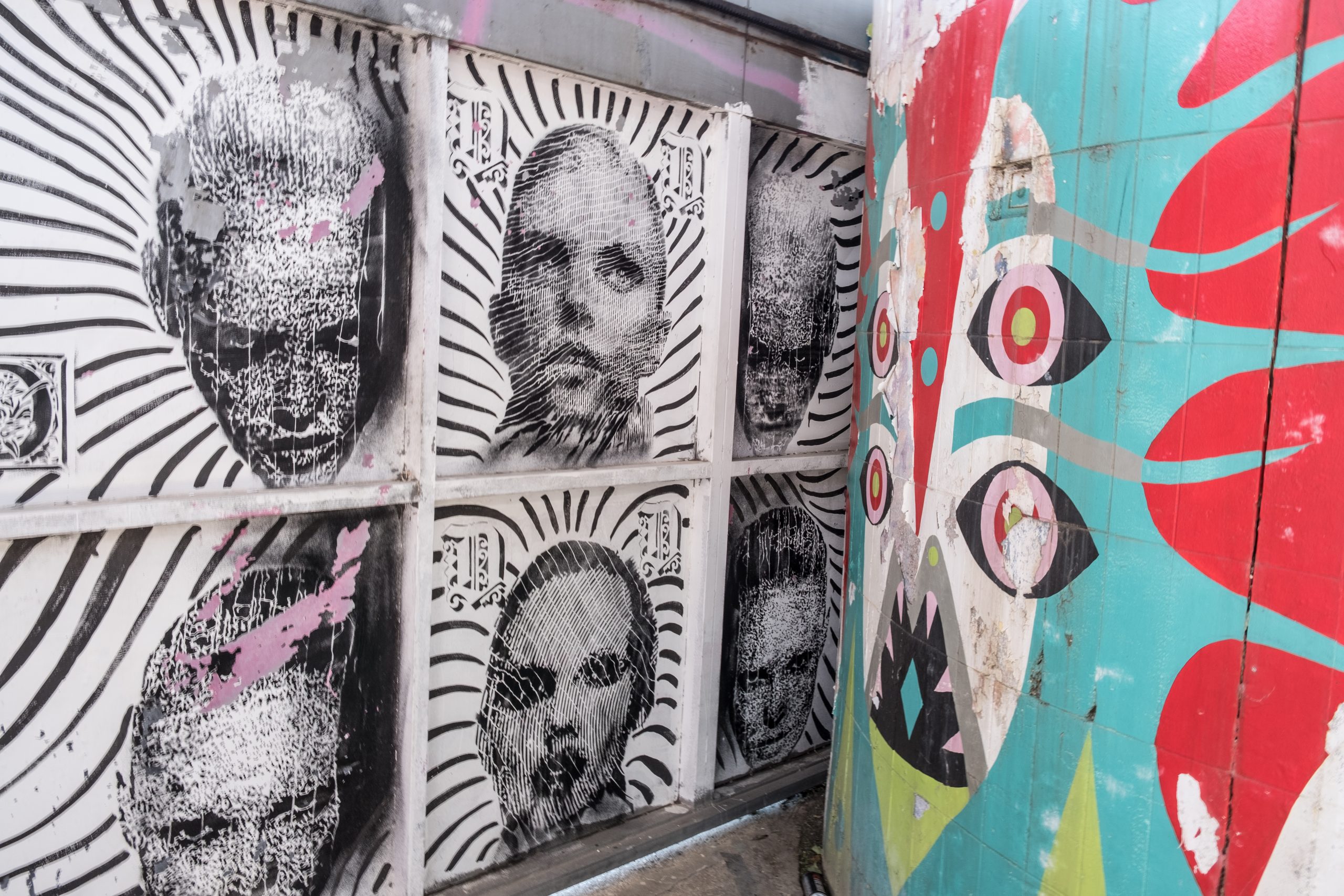 “I discovered this place by accident. In 2009 I went for a walk in the area with a group of artists. When we passed this abandoned factory, we found that around 200 people, from all parts of the world, had occupied the entire area. They lived here illegally.”

“I discovered this place by accident. In 2009 I went for a walk in the area with a group of artists. When we passed this abandoned factory, we found that around 200 people, from all parts of the world, had occupied the entire area. They lived here illegally,” says Giorgio de Finis, anthropologist, curator of exhibitions, and former director of the well-known Roman museum, Macro.

The place had impressed him, and so, two years later, he returned to involve the locals in a lighthearted artistic project: building a fake rocket to simulate a trip to a friendlier place, the moon. “This is why we chose the name Museum of the Other and of the Elsewhere (abbreviated in Italian as MAAM) of Metropolitz, for that future museum, where the Elsewhere is meant to represent the moon,” explains de Finis, smiling.

The old factory sheds had belonged to Fiorucci, a manufacturer of charcuterie goods, who years earlier had transferred its production to another address. Subsequently, the site was purchased by one of the largest Italian construction companies, Salini, which in 2012 had changed the status of the area from industrial to possible residential construction. In other words, it was possible that the old factory would soon be demolished to make way for new residential buildings. 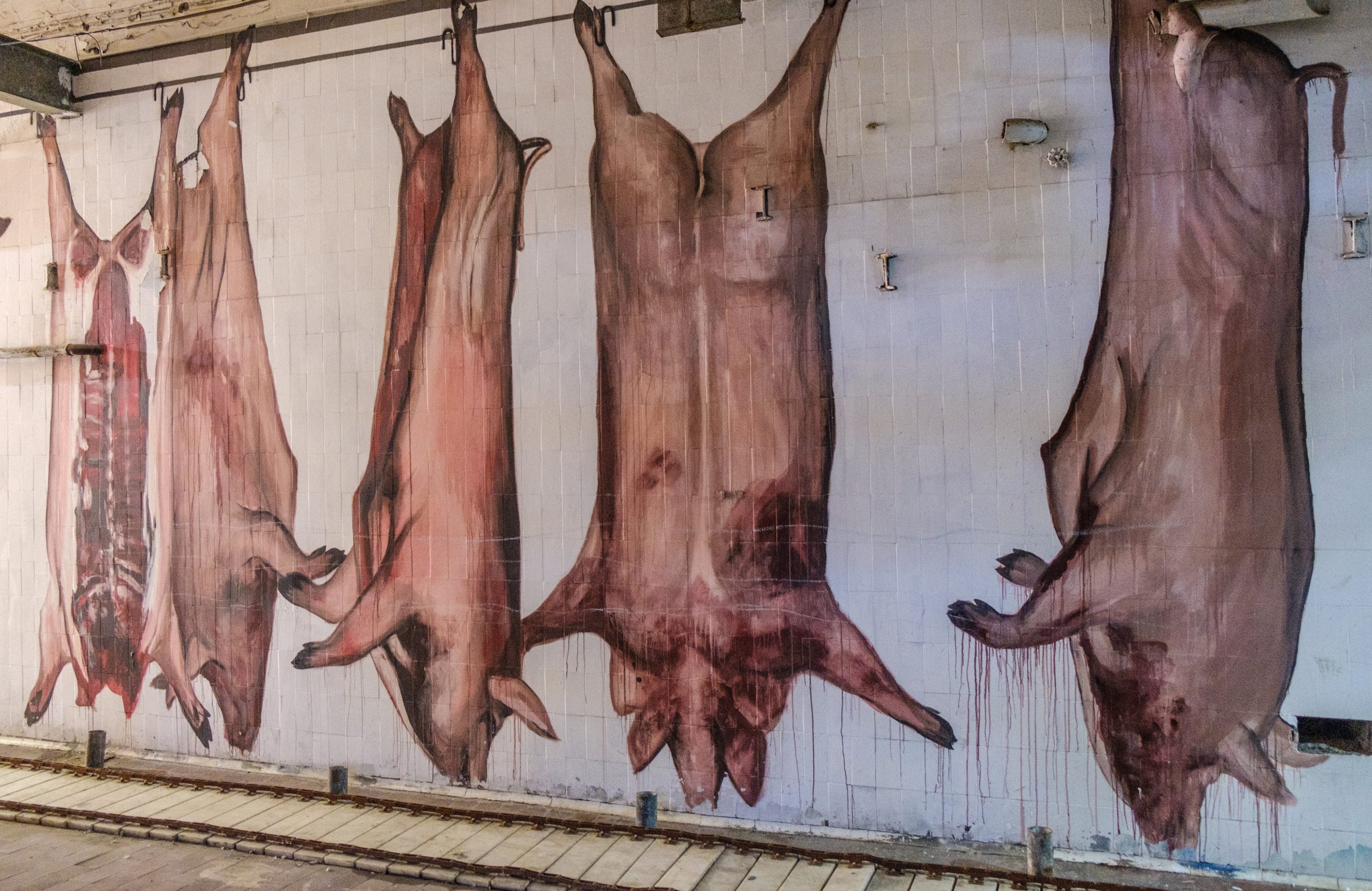 “When I learned that the demolition of the factory was lurking, I got an idea,” says de Finis. So, from 2012 he began to call his contacts, that is the street artists, some of which already boasted a solid international reputation. “Today, the figures are staggering. Around 450 artists have created more than 650 works here at the MAAM,” explains de Finis.

Among the artists there are well-known names such as Kobra, Solo, Diamond, Luca Maleonte, as well as Alice Pasquini who is currently considered the most famous Italian street artist in the world. And then there is Aladin, from Yemen, who has created an impressive apocalyptic scene taken from the G8-summit in Genoa in 2001. 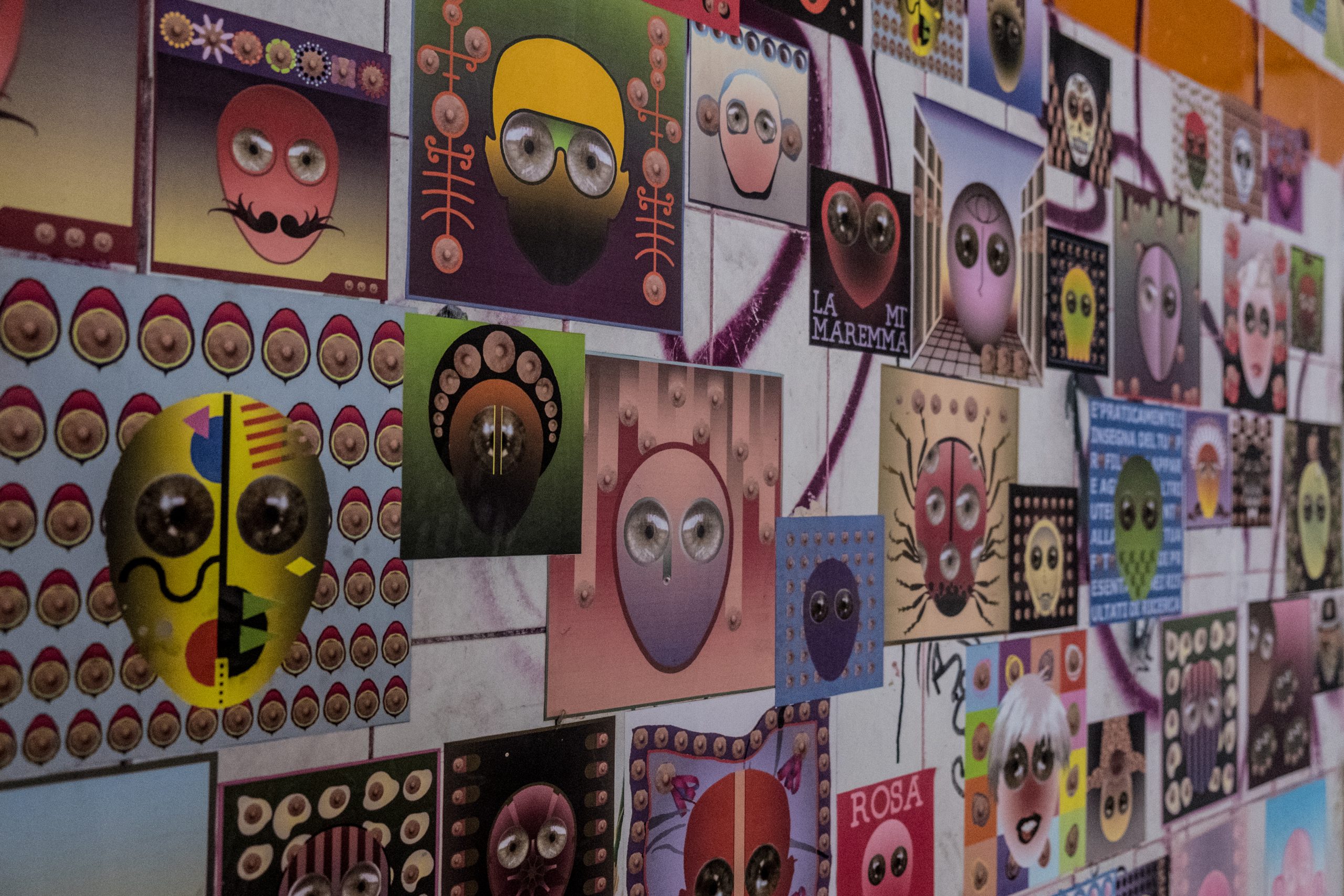 “It is, in fact, the inhabitants who make this museum of contemporary art the only inhabited museum in the world,” explains de Finis.

At MAAM there are still about 200 inhabitants, divided into 65 families. Walking around the former producer of charcuterie goods you can see teenagers playing football and laundry hanging next to dozens and dozens of colorful street art works. “It is, in fact, the inhabitants who make this museum of contemporary art the only inhabited museum in the world,” explains de Finis.

So far so good, then, were it not for the fact that a threatening eviction now seems closer. In fact, in 2018 the Civil Court of Rome agreed with Salini who had reported the lack of clearing of the area, condemning the municipality of Rome to compensate the construction company for approximately 28 million euros. This ruling was a severe blow, and since then, in Rome, it is said that the MAAM is on a municipal list of the five sites most at risk of demolition.

“But now, how do you go about raising all this beauty to the ground? This is our idea. Beauty as a bulwark against demolition. Art as protection which, at the same time, has the task of emphasizing the universal right to housing,” says de Finis, and adds: “It is important to get the right message across. We try to make ourselves known. Last year we participated in the Venice Biennale, and we are currently collecting all the necessary material to present MAAM’s candidacy for UNESCO protection by the end of February this year.” 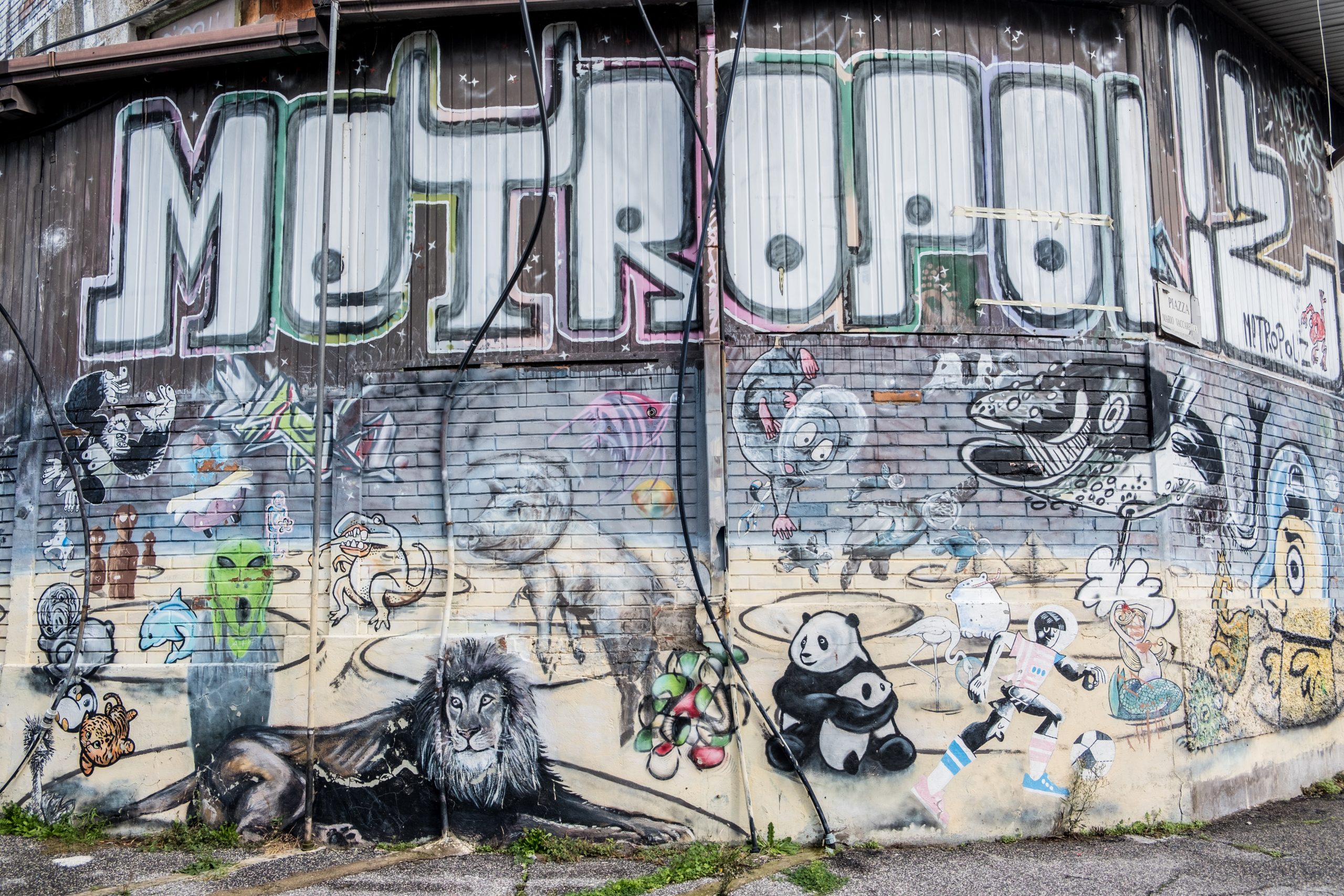 “But now, how do you go about raising all this beauty to the ground? This is our idea. Beauty as a bulwark against demolition. Art as protection which, at the same time, has the task of emphasizing the universal right to housing.”

Now, however, with the new municipal administration in Rome, the wind seems to have changed slightly. A part of the Social Democratic Party (PD) seems to have the fate of the MAAM at heart, and perhaps even the imminent UNESCO candidacy could have positive effects.

MAAM is an amalgamation of creative people who believe in the power of beauty to be a bulwark. While it is possible that Dostoevsky’s beauty does what it can save the world, you will have to be patient to find out if that beauty will also be able to save the MAAM.

Info:
The Museum of the Other and the Elsewhere Metropolitz (MAAM Museum)
Via Prenestina 913
Open for visits every Saturday morning. Free guided tours on Saturdays at 11.00.
The MAAM has a small internal bistro for Saturday lunch.