Caroline Caldwell did her first piece of street art the day she got kicked out of high school art class. The reason why she got kicked out, the Brooklyn-based street artist said, was that she was following her own creative instincts and was reluctant to complete rote assignments like still-lifes and shadow practice, despite discipline from the teacher.

Now, a seasoned street artist with prominent vandal work in New York, Philadelphia and New Orleans, that same drive to create from the gut, take up space and challenge boundaries fuels Caldwell to this day.

“Getting kicked out of that art class in high school helped me find a voice that I don’t think I would have found in that art class,” Caldwell said.

“You always learn who you are by bumping up against boundaries, and finding out where you don’t fit.”

Caldwell’s street and gallery art have an unapologetic y2k, punk, bubblegum goth Avril Lavigne vibe. Her influence to create collaborative, healing art comes from contemporary public artist and humanitarian Swoon, who she assisted before taking her own career full-time, while her aesthetic muse is Broken Fingaz, the Israeli vandal group whose sense of humor, illustrative style and insightful art inspires her to play around with her methods and subject matter. 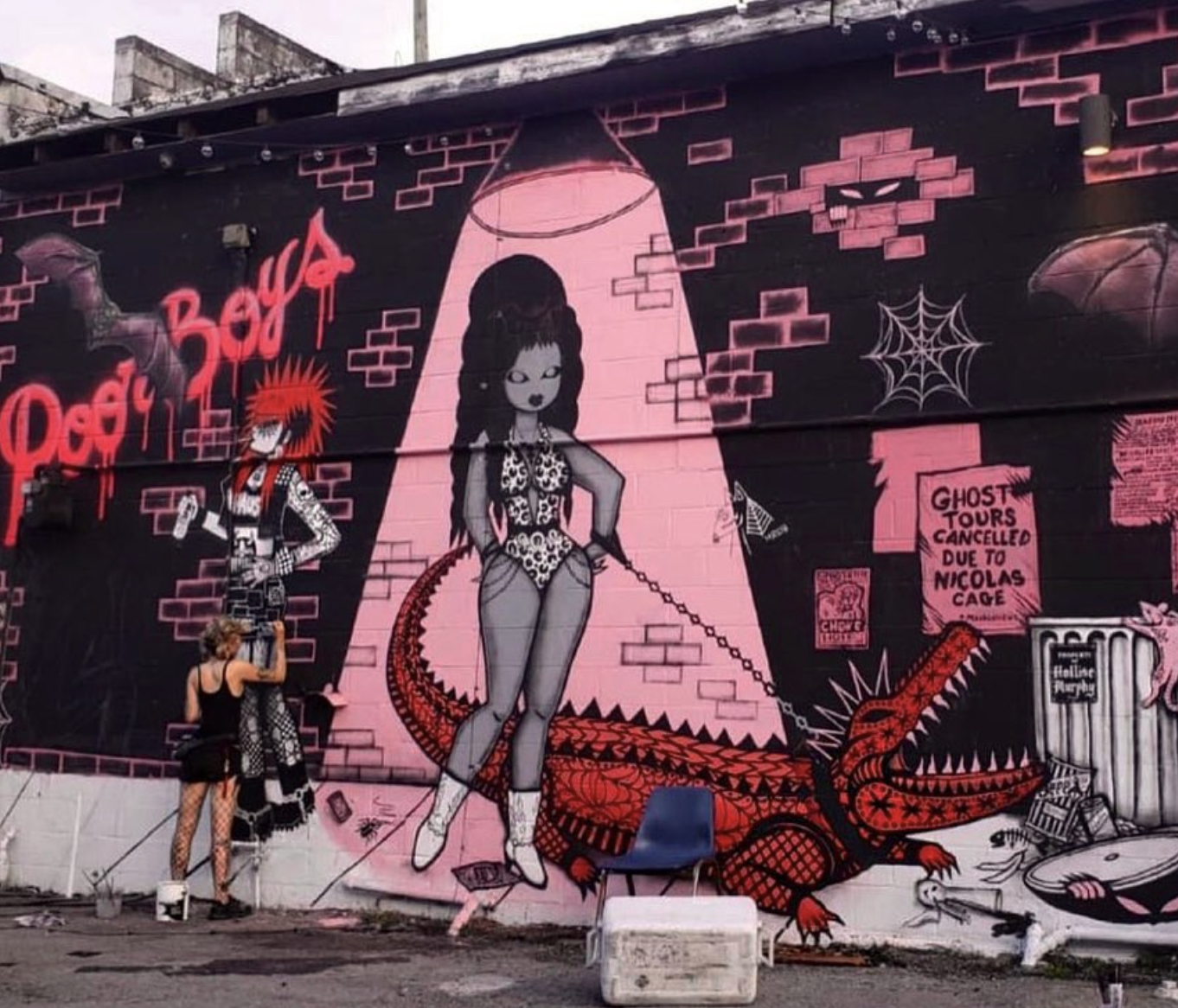 Recently, she’s been learning how to wield a tattoo gun as an apprentice at Gnostic in Bushwick. Her latest print, a perforated witchy pinup that can be used as an LSD blotter, clearly takes its cues from the tattoo world in its line style and snake motif. This is just the latest iteration of her artistic expression, and it won’t be long before her style and subject matter change again.

“One thing that I decided a long-ass time ago is that I wouldn’t let myself get stuck doing one kind of thing just because it gets a lot of audience feedback,” Caldwell said. “Once it feels like I already processed it, I don’t keep doing that thing.”

As a result, Caldwell has a few different periods of her art, like her series on abandoned houses, which helped her process her longing for somewhere that felt like home, or her collection of punk pin-up girls, all in eye-catching black and pink hues. 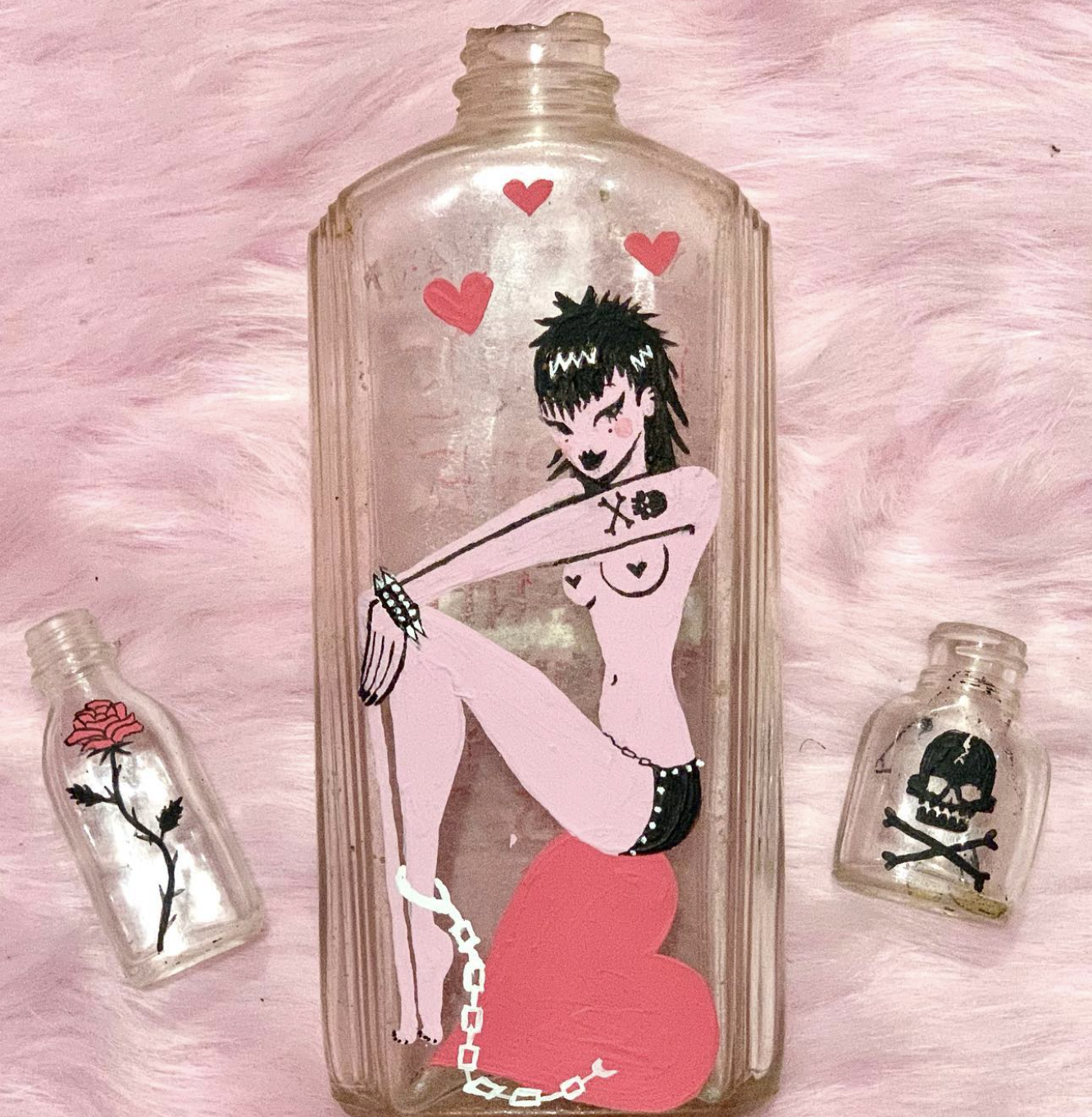 When asked why the recent pinup motif, she said, “Those are the kind of girls I’ve been hanging out with—just a lot of rebellious hot girls.”

Regardless of motif, her art has always embodied what it means to take up space. She co-founded the critically acclaimed Art in Ad Places, a movement dedicated to replacing advertisements on phone booths and bus stops in New York City with art from over 100 artists in its place, to reimagine what the city’s streets could promote. Her next major works—which are currently in progress—will be a part of these NYC ad takeovers.

In Philadelphia, one of her early pieces is now even preserved on an interior wall of a condo bedroom crafted out of a formerly abandoned warehouse, a full-circle evocation of her abandoned home and belonging series.

Almost as an announcement of the space Caldwell takes up, she uses her real name instead of using her Instagram username DirtWorship when she signs her vandal work. “Doing graffiti and being inspired by feeling like I am allowed to occupy space—especially space that feels like it is reserved for guys a lot—like getting catcalled down the street and being like ‘You think I’m walking down your block? My name’s on this block motherfucker. You’re on my block, bitch.’ Something about that feeling.” 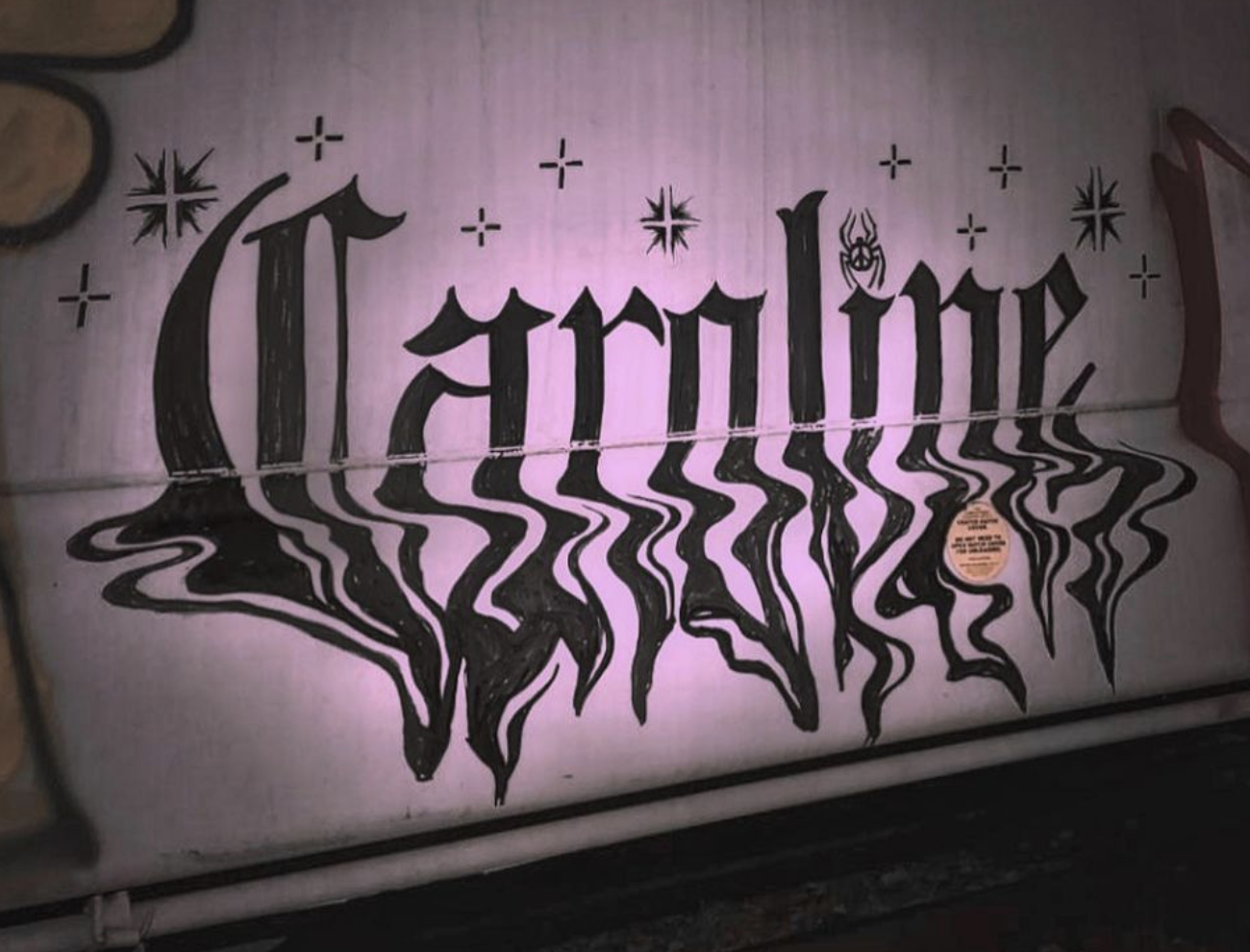 “Doing graffiti and being inspired by feeling like I am allowed to occupy space—especially space that feels like it is reserved for guys a lot—like getting catcalled down the street and being like ‘You think I’m walking down your block? My name’s on this block motherfucker. You’re on my block, bitch.’ Something about that feeling.”

And, it’s a cocky wink at the potential consequences of her vandal artwork, which is very Caldwell. “It’s really funny to me to use my regular name for some reason,” she said.

Stay in the know about Caldwell’s upcoming work here.