An Outsider's Guide to DMV Artists: Ten Artists You Should Know

The DC, Maryland, Virginia metropolitan area (DMV) boast many reputations around the world. Whether it is for the fact that they produce the best overall athletes to popularizing the New Balance 990s or that is the epicenter of politics, the DMV has a lot of culture to offer. Art, however, is not one of the reputations that comes to people’s minds when they think of the DMV. But do not be fooled, the area is full of talented artists. If you walk through Dupont Circle, Shaw, or U Street, you will find murals that highlight significant moments that happened in the city and the famous figures that come from the area. If you never paid attention to the art scene, consider giving it a look, as it will give you a better appreciation of the area. If you do not know where to start, here is a guide to ten DMV artists you should know about.

If you want to familiarize yourself with the DC art scene, one of the first artist that you need to know about is Chris Pyrate. Known as the “Fake Florist” amongst his follower, Pyrate’s artwork is an ode to his DC roots and the things that hold significant value in his life— you will often see Koi fish, sneakers, astronauts, and his signature cherry blossoms being showcased his paintings. In majority of his works, he incorporates these items into his paintings, allowing audiences to immediately recognize his work when they are exposed to it. 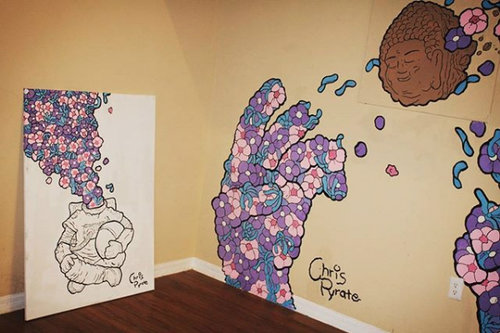 Because of this originality, many companies and artist have sought after him. His clientele includes big names such as Adidas, Nike, Uniqlo; and local business and corporations such as DC Statehood and Prince George’s Community College. Pyrate’s work also has been featured in the Miami Art Week and the SXSW festival. 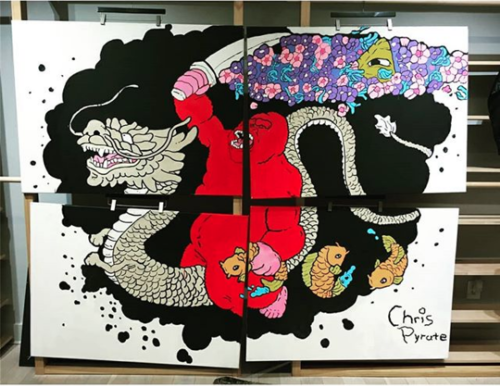 Tenbeete Solomon, better known as “Trap Bob,” is a household name throughout the DMV. But this past year, she’s been able to draw the attention of many media outlets for her murals and artworks. By using bright and vivacious colors, Trap Bob captures audience’s attention and communicate messages that range from social justices to self-love. In her most recent mural, located on 18th Street in Northwest, DC, Trap Bob has partnered with the “No Kid Hungry” campaign to provide perspective about local hunger to viewers. By using colors such as pink, orange, and blue with the combination of school buses, hands, and DC symbols, she is showing that DC schools and its students are committed to working together to amend this problem. 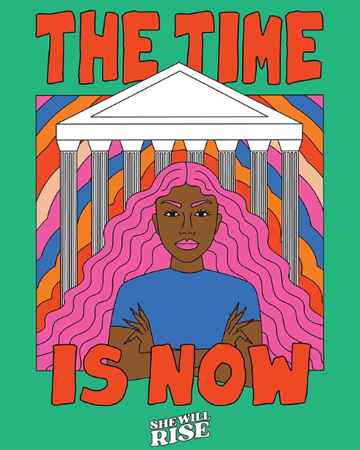 It should also be noted that Trap Bob runs her own freelance design and product company—Trap Bob World, LLC—with her clients ranging from the Elizabeth Warren Campaign to BET and Giphy.

If you ever struggled appreciating art in its pure form, then you most likely gravitate towards art that is applicable, one that can be seen in designs and building structures. If that describes you, then you will appreciate the work of Brandon Hill and Peter Chang, the founders of No Kings Collective. The DC based agency is known for their abstract, futuristic designs that can often be seen on different buildings and architectures throughout the DMV. Their use of reinvigorating colors and utopic designs help spruce up infrastructures that were once old. An example of this is when the agency was hired to re-design the basketball courts of the Randall Recreation Center in Southwest, DC. They revitalized the courts by using various shades of blue and implementing designs of the Washington Wizards onto the court. 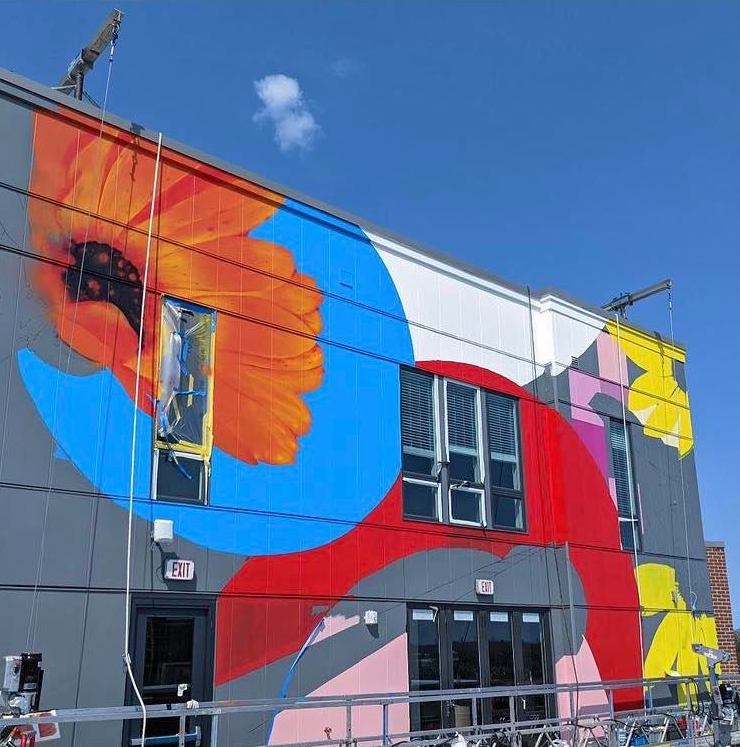 Just like Marvel has their What if…? TV series, Maurice James Jr. art is a series of what if questions. The Philly born, now DC residing, artist puts black people—it can range from a significant figure to an everyday person—on the faces of different vintage comic book series. For example, “Brofessor X”, envisions Professor X of X-Men as a black man and a follower of Dr. King.

By having this conscious approach towards his art, James creates an afro-futuristic reality where characters from beloved American classics are being reimagined as black. It not only helps with the representation of black people, but it also gives viewers a new appreciation for their favorite superheroes and how they could share similarities with Civil Rights activists. 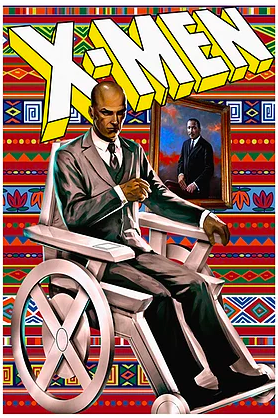 Out of all the names on this list, Shawn Outen is the most recognizable. Thanks to a successful modeling career, Shawn Outen has been able to amass over 50,000 followers on Instagram. Even though he is a well-known model, many people do not know that he is a talented artist.  The model from Richmond, Virginia is known for his murals and his sculpture-painted elephant that often uses bright and radiant colors. Outen’s sports background—a former collegiate basketball player—has helped him develop his niche of designing home interior murals, specifically man caves. 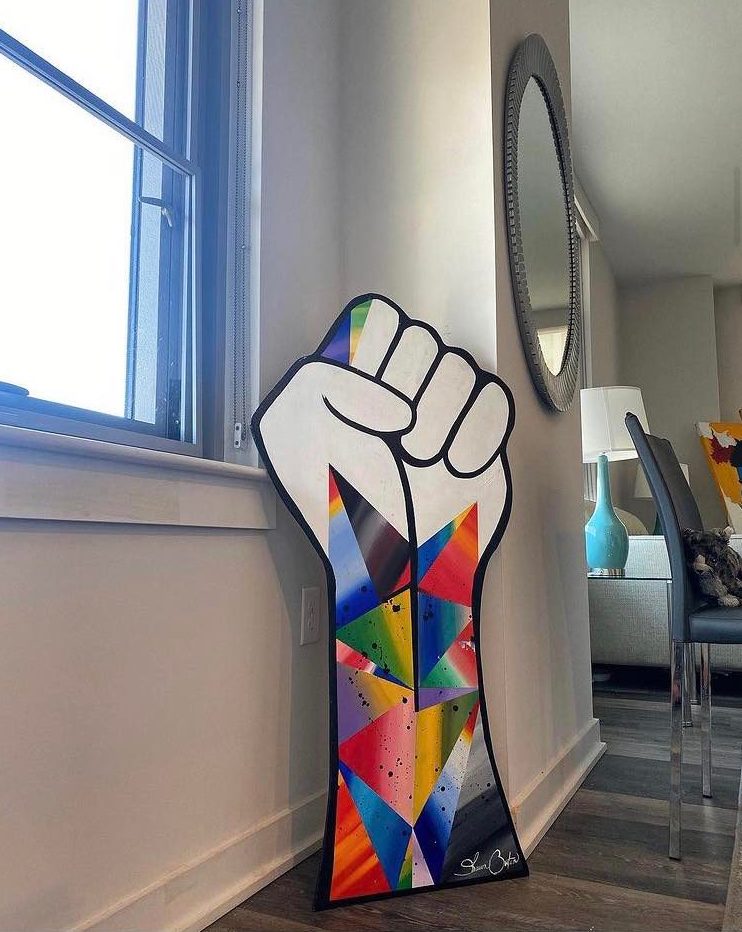 If you are a fan of the Grammy-nominated artist Raheem Devaughn, then you’re most likely familiar with Wes Ellington Felton. He and Devaughn form the duo The CrossRhodes. But Felton is more than just a musical artist, he embodies what it means to be a multidisciplinary artist; he is also a poet, a writer, and a painter. By studying many different art forms, Felton can produce paintings that capture audience’s eyes the moment their eyes land on his work. His paintings have an illuminating effect, like that of a stained-glass window. In the background of these paintings, it almost appears that the elements are ethereal, but they usually contain a message or words from the figure he has painted. If you are drawn to Neo-expressionism, then you will be drawn to Felton’s works. 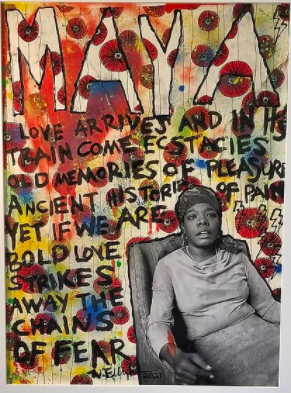 Despite the saying, “Sticks and stone may break my bones, but words will never hurt me,” multimedia artist Reggie Black understands that words hold a lot of value. Because of this, he specializes in typography, and emphasizes three areas: Trauma, Hope, and Optimism. The DC-raised artist is a traveler and has lived in many different parts of the world—Bangkok, Tokyo, and New York City. This has exposed him to meet many different people and learn what grabs their attention. His project “No Records” is a prime example of this communication.  Black wanted to effectively communicate to New York residents that there was slavery in the city. This led to him radiating the words “Slaves Lived Here” on the Dyckman Farmhouse Museum, which also happens to be the oldest slave farmhouse in the city. 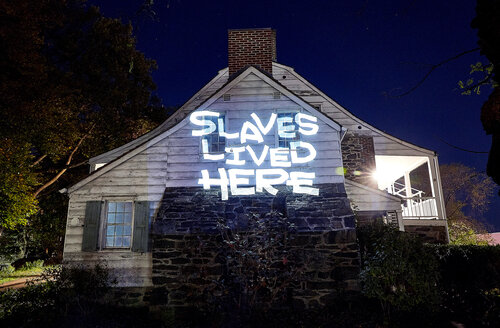 Shyama Kuver, also known as Heart Over Crown, is an artist from San Francisco that currently resides in the D.C. Her use of lights and pure colors in her paintings, to go along with the proverbial captions, make it seem like her art is divine and comes from a higher up. This derives from the fact that Kuver is Indo-Fijan and queer, which has led her to ask the questions about life that most are afraid to venture down. This allows her art to represent the world and the different lessons we learn from it. In Kuver’s mural “Choose Community Care, Get Vaccinated” for example, she communicates the peace and community that getting the Covid vaccine can create by using light tones, hands, and faces. 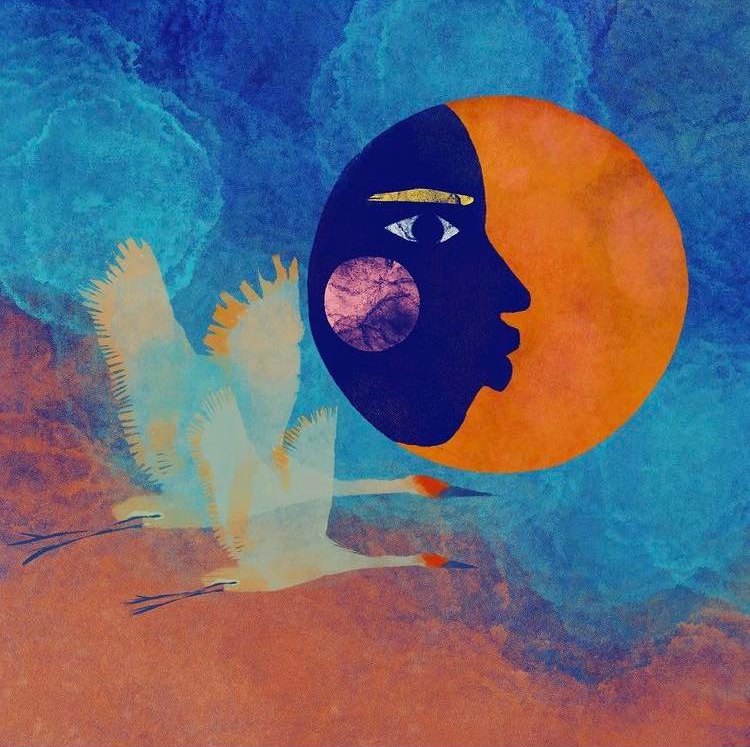 The tattoo artist out of Baltimore specializes in ready-made art. As a ready-made artist, Jang juxtaposes the objects of his works to people, with an emphasis on their experiences. These pieces often tackle different philosophical questions and add a humorous twist to it. A specific example of this is with “My nose will grow now.” In this piece, he places a Pinocchio toy towards the wall, and by titling the piece “My nose will grow now,” it is representing the “Liar’s Paradox,” because the statement is neither true nor false, hence why Pinocchio’s nose has not elongated. 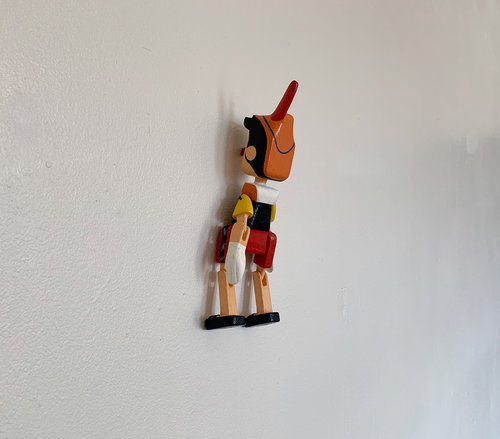 When looking at Salem’s works, it is apparent that her inspiration comes from abstract art. By heavily using colors and speculative figures, her art appeals to viewers emotional side, therefore making viewers’ initial reaction to her pieces the most important. One of the reasons she uses this type of art is because of her cultural background. As an Egyptian-American, Salem is heavily influenced by Eastern and Western cultures, and uses this as a source of inspiration for her paintings. In her Mend series paintings, Salem uses dark blue and blue-like confetti pieces to represent the journey of healing. 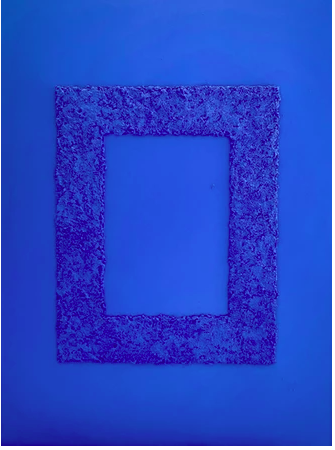 Emmanuel Brown is a freelance writer from Prince George’s County, located right outside of DC. Initially having an interest in sports journalism, he discovered his love for the arts and culture while studying Communication at McDaniel College. Since this discovery, he has been expanding his writing portfolio to help others discover their purpose and interests. When he is not writing, Emmanuel is either collecting sneakers, watching the latest episode of Atlanta, or out exploring the DC/Baltimore nightlife with his friends.