Seeing someone strive for self-reliance while pursuing their creative freedom is admirable and significant, particularly in a time when many are just following the trends. This is precisely what Shirley Vuong, who goes by Elsie, is doing in her with company Elsie Design.

When you look at Elsie’s Instagram, you immediately see vibrant colors in exact geometric design, animal head masks, food, beer, sports all in a direct yet whimsical medium. There was seemingly more than just the creation to be seen, that’s when I stumbled upon her latest paper design series: NHL cities and their teams. 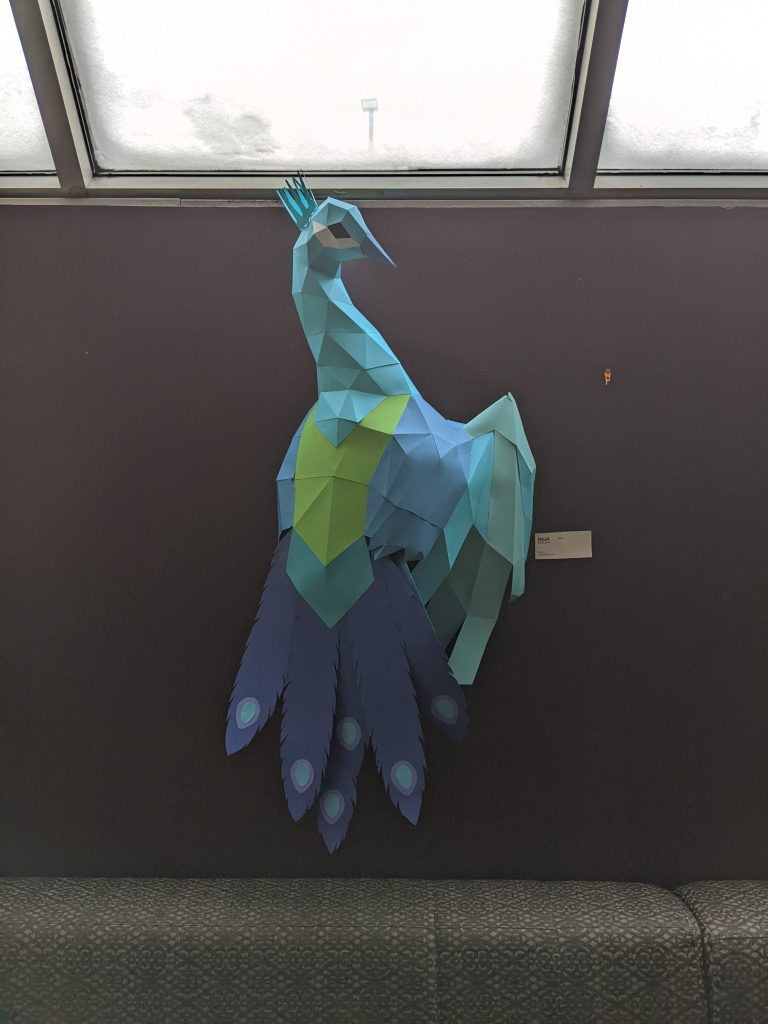 As a born and raised LA Kings fan and hockey goalie of 25 years, I’d never come across such a conceptual blend of sports and art like this, especially not for hockey teams. My curiosity piqued, I was eager to learn more. Who was Elsie, what was her story? Why NHL, food, and animals (not to mention the beer)?

As the first round of the 2021-22 Stanley Cup Playoffs was underway, I had the privilege of interviewing Elsie. Little did I know I was about to commit a cardinal sin of not just hockey, but all sports fans. As it turns out, the research I had completed left some logistics to be desired. Elsie is Canadian, from Calgary, Alberta to be specific. The interview was scheduled for mid-first period of Game 1 of the Calgary Flames vs Edmonton Oilers for the first iteration of the Battle of Alberta since 1991 (If your jaw isn’t on the floor you’ll just have to trust me or ask your closest hockey friend). 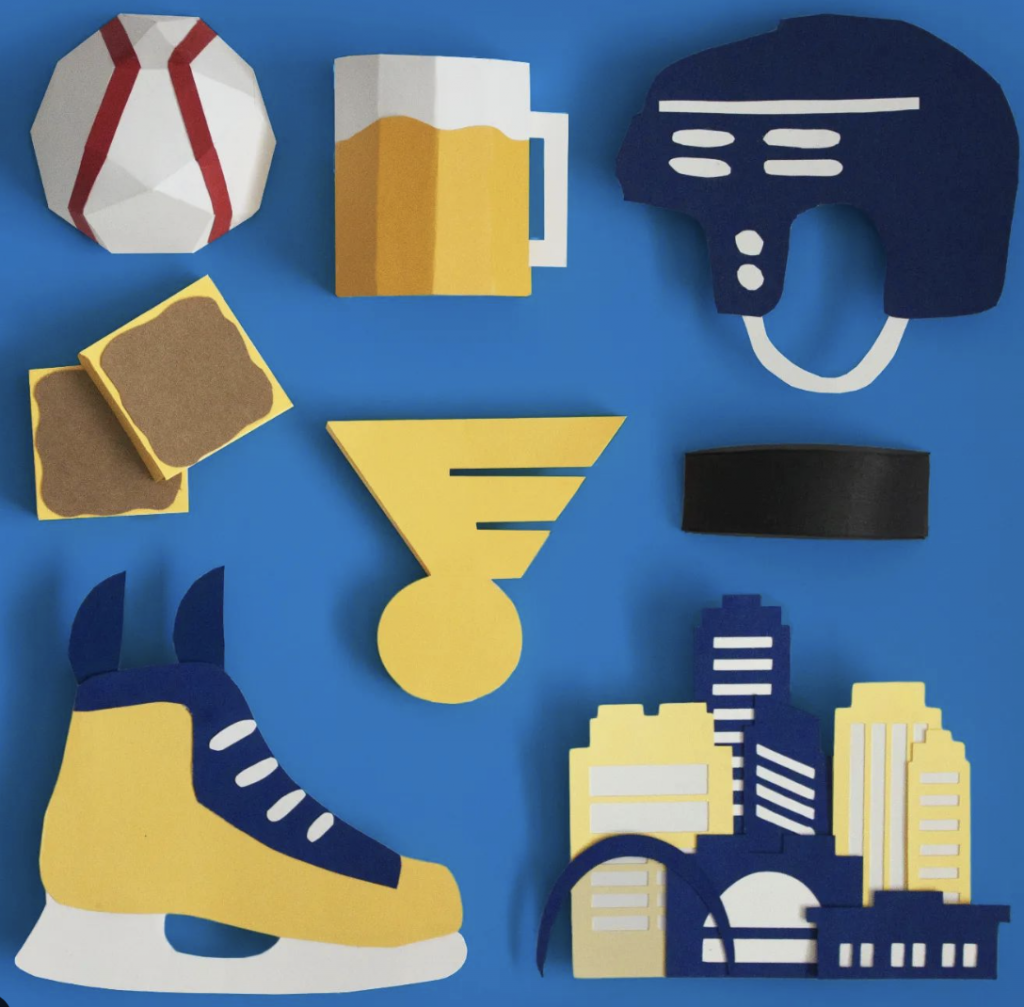 Being the kindhearted professional she is, there was no issue carrying on despite my willingness to reschedule after discovering my ignorance.  After an hour of carrying on personal discussion and professional history/aspirations, it was obvious this path wasn’t just a source of income for Elsie, but equally a basis of ongoing inspiration and joy. Even while putting in hours of work on her craft, she is doing what she loves. It’s the self-motivation, honesty, and in her words “emotion of creation” that brings what Elsie does above the standard curve.

As a first generation Canadian, her parents brought the family to the Alberta Province to seek a more stable and sustainable future.  There was a value for hard work throughout her youth as she worked various restaurant through high school. All the while, thoughts of pursuing veterinarian school and fulfilling a generational dream of a stable future were echoing in her mind. Still, Elsie knew that while she loved food and animals, art and design was her true calling.

“I don’t like following the norm and I feel like my younger family members can see that it’s okay to follow your dreams if you keep on sticking to them. It’s knowing that what you’re doing feels right. Don’t ever let school, job, or anyone affect that emotion of creating. You just gotta trust your gut.”

After high school, Elsie enrolled in art school in British Columbia and began to follow her dream with concerned yet supportive parents.  It was here where a professor introduced her to a new technique, paper design. Elsie immediately knew this felt right and used her innate creative ability to start her journey of artist/explorer.  Elsie spent time traveling and collaborating with artists, business owners, book designers, and journalists in Canada, United States, and Australia, all while developing credibility for herself and for her company Elsie Design. 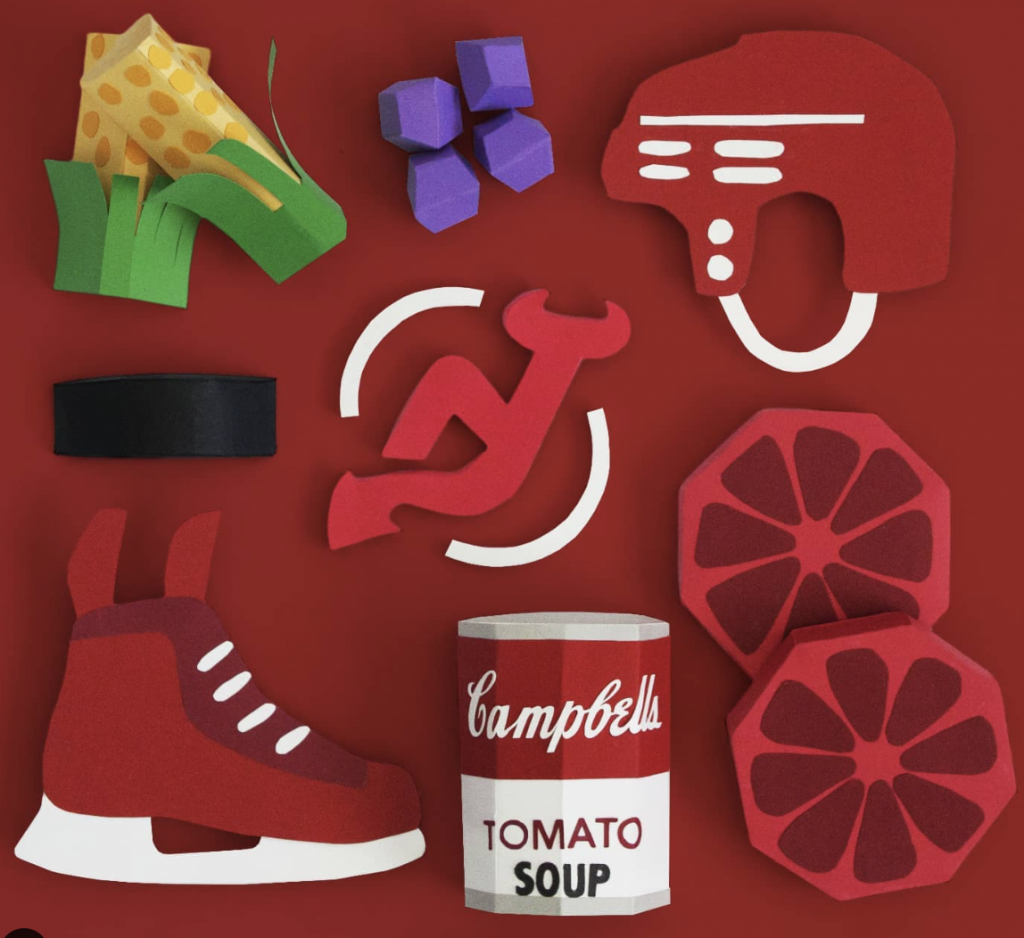 When looking back and thinking on the different decisions that led her to this spot in her life and career, her answer was clear and concise: “I don’t like following the norm and I feel like my younger family members can see that it’s okay to follow your dreams if you keep on sticking to them. It’s knowing that what you’re doing feels right. Don’t ever let school, job, or anyone affect that emotion of creating. You just gotta trust your gut.”

“I believe chasing your dreams is something you should be able to do and when it all comes down to the question of which route will you choose?  Art is a part of our daily lives, even when you think you’re not even doing it, from taking photos of food or writing a journal.”

Life is surreptitious, not always in a nefarious manner, but rather in the way you find similarity and meaning in the unexpected.  As our interview got underway, one of the first questions was simple, why?  “I believe chasing your dreams is something you should be able to do and when it all comes down to the question of which route will you choose?  Art is a part of our daily lives, even when you think you’re not even doing it, from taking photos of food or writing a journal,” she said.

Simple yet poignant (and answering a question with another question is one of my favorite hobbies), so the message really hit home; we all attempt to control what we can and make decisions based on gut instinct regardless of the path pandered. It is within these honest insights that human connection can thrive. Two people separated by background, gender, geography, and profession could not have been more similar. 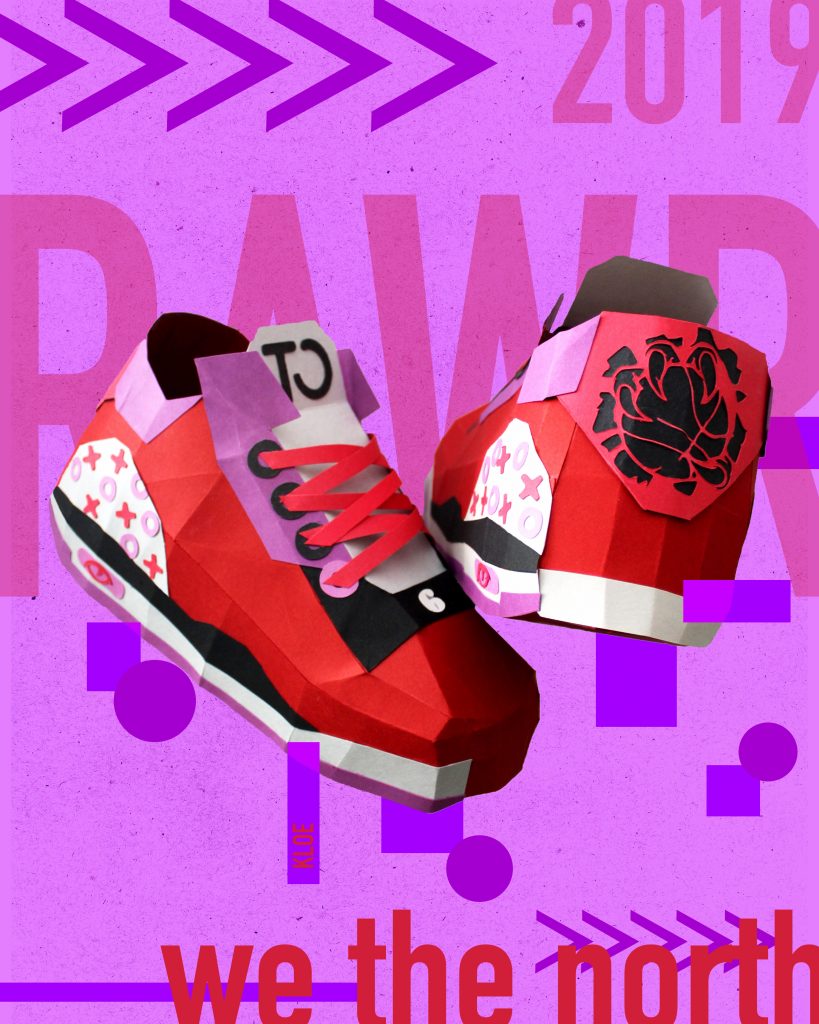 Authenticity is a quality seemingly lost in the age of procured virality, but not with Elsie. She is currently releasing her line of NBA team sneaker inspired print line while contracting with local businesses for 3D sculptures. While licensing is an incredibly difficult feat in the professional sports, Elsie would be ecstatic to have her line warrant licensing interest as her popularity increases. Her next goal, however, is to blend her passion of food and art in a cookbook with her own illustrations for each recipe.

In our sign off, I asked one last question about how she would describe herself as a human being rather than an artist. In line with theme, she replied with the sendoff fitting for most to strive toward my opinion: “I am a pretty open individual who accepts all walks of life. I love getting out of the city, exploring the great outdoors, beer, food and adventures.” Who wouldn’t like to have a little outdoor adventure, great food, and a cold beer while sharing a little more love and acceptance?

Greg Hamm is a contrarian writer and allegorist. Based in Colorado Springs, he received his bachelors in human physiology and psychology from University of Colorado Boulder in 2014. With his background more in sports and health science, Greg is our dark horse satirical commentator. Outside of writing, you can find Greg in the national parks of Colorado conducting research on his side project, moose husbandry.