This interview has been edited for concision and clarity.

When did you first start exploring art?

Well, I’ve been an artist my whole life. I’m lucky that my parents were supportive, in that they didn’t stop me from making art at any point in my life. Most people start off creative but lose momentum with time. I was just encouraged to keep going, so I’m very grateful.

When did you start taking art seriously and thinking, this is what I wanna do with my life?

I don’t really think it’s a choice for a lot of artists. Like, “I’m not gonna stop doing this, what else would I be doing?” Although, I didn’t consider the aspect of earning a living until I got a bit older.

I went to school for fine art, studied classical mediums, traditional mediums, but lots of mixed media. I’m dating myself here, but when I told them I wanted to use a computer as part of my repertoire they were like, huh? A computer? Art? They just didn’t understand, those tools didn’t exist. I ended up getting a job in game development, and that’s when I started thinking about money.

I did a bunch of stints before that. I did special effects, fabricated pieces for night clubs, little things like that. But career wise, I started thinking about art seriously when the possibility of being a digital artist appeared.

On the note of mediums, what do you consider your primary one? How do you explore?

My primary medium… maybe stories? Ideas? I think that’s the only commonality. Concepts, stories, a narrative. I really work in everything. I draw, I paint, I do installation, I do sculpture, I do projection, VR, AR, smart phone apps, a bit of everything. But the common denominator is definitely creating art with a narrative.

What are some of the narratives you like to explore?

I’m a space hippie, that sweet spot where postmodern culture and science fiction meet ancient philosophy. East Asian spirituality, that sort of thing. A lot of it is very introspective, it seeks transcendental experiences. Lots of questions about who we are, the nature of reality, and perspective shifts.

What about that interest you?

I’m really into transcendental and meaningful experiences… deconstructing reality, challenging the status quo, but in a soft way.

I grew up in Boston where I was exposed to a lot of tech, plus Boston has historically been a place that has a bunch of Asia-philes. If you look at the collections in Boston art museums, East Asian cultures are really prevalent. I visited those museums a lot as a kid.

So that’s the PH of the soil I was grown in. Of course, I’ve also been a David Bowie fan since I was 12. He’s one of my gurus, and in some ways I’d say all my art is Bowie inspired, although I rarely make images of him.

Fun Fact: I was born the same year Ziggy Stardust came out. Let’s put it that way. Bowie and I are interconnected.

“On a deeper level, communing with nature is one of the most powerful things you can do.”

Can you talk about how environmentalism and conservation comes into your art?

If you want to breathe air, eat food, have sunlight and be alive, it’s really fucking important to pay attention to what’s happening right now.

On a deeper level, communing with nature is one of the most powerful things you can do. Once you open yourself to that experience, there’s nothing like feeling the connection to the earth, the ocean, the air – to just being.

The most obvious way I connect my art with the environment is that I use a lot of ocean imagery. I love being in the water, I find it a meditative experience. The ocean is critical to our survival and to the quality of life for every living being on the planet.

I use ocean as a visual metaphor for Innerspace. My imagery features a lot of astronauts. But if you look, they’re not actually in Outer Space, they’re in Inner Space.

What’s the story that inspired the Inner Space theme?

I definitely have my own ideas, but it’s very much open to interpretation. My impulse for making it was thinking about how most tech over-stimulates us, making us anxious and feel like we’re going faster and faster. I really wanted this to be something that makes people slow down and take it down a notch.

How has living in Akumal, Mexico affected your art and perspective?

The best thing Akumal did for me, was help me cross that barrier of the modern human disconnected from the earth. Before I went down, I loved hiking, swimming, etc. The time I lived in Akumal was much less developed. But even within the community itself, you end up connecting with nature. You have no choice. You are in it, and it’s beautiful and kind of relentless.

It gets rid of a lot of your barriers, in a very good way. That’s probably one of the biggest things I got out of living there. It was really a magical place. It still is. Down there, I’m one of the producers of the Akumal Arts Festival, which is a giant community project that brings artists from all over the world to make murals, to make art, to teach workshops to the local children, and to foster a sense of community.

How do you think art has the capacity to serve as a sort of therapy?

Interesting. I’ll just talk about one specific project. It’s called “Are We There Yet?” You fly through space… well Inner Space.

The idea behind this piece is really that, I don’t like VR as a medium. It lends itself to more harm than good. What it does to me, it’s an extension of Victorian thinking. It separates the head from the body. We’ve been going in that direction. When I say we, I mean those of us in the West, influenced by the West. The mastering over nature, separation from nature, and what’s disturbing about that is if you follow that separation from nature and the head from the body, the head being intellectual and rational, and the body being much more organic and connected. If you follow that to its natural conclusion, then we (maybe not consciously) absolve ourselves from the consequences of our actions.

Suddenly, you can fuck up the environment. Because you’re over here in this space and what you do doesn’t matter. But we see that problem with a lot of tech, like people behind screens being incredibly awful to each other because they’re missing the organic loops, of having to share the space with another human and seeing where their words land. Behind the screen, you don’t get that immediate feedback, like ‘oh I saw what that did to you.’ Whether good or bad. And so much of our tech is including VR, especially the stuff that exists now. The majority is definitely engineered that it amps us up, it increases anxiety. We actually feel worse after using it. We feel addicted.

Can you talk about the importance of community engagement in art?

It’s one of the most intriguing aspects of street art. For me, it’s definitely one of the most attractive things that differentiates street art from other art worlds. For sure, the fine art world feels like it’s for a very niche group of people. The tech art world could arguably be for a niche group of people, but there’s also this strange thing where it crosses over into mainstream media and it can suddenly become very vapid, thanks to the influence of gaming or pornography or advertisements. These are all things tech artists have to avoid the pitfalls of, even aesthetically leaking into.

Street art feels much more direct in its ability to engage with the public, obviously there’s some reasons of it being out to the public and anyone to engage in. The barrier to entry is much more accessible. Fine art you have to be trained, you have to know the right people. Tech art is very elitist. It’s getting less so, but those tools aren’t always the easiest to use. If you think about the difference between a spray paint can and marker and what it takes to set up a VR, the difference is huge.

Street art is definitely the soccer of the art world. I really love that. I think it’s super important and super valuable. Artists of all disciplines make life tolerable. The person who designed your chair, people who make music, beautiful things, they make life tolerable. I think it’s something that’s underestimated quite a lot. I think street art plays a part in bringing awareness of how much value art has to the average person who might seem ostracized from other circles.

Visit ThirdRail to learn more about Erin Ko and shop her available artworks. 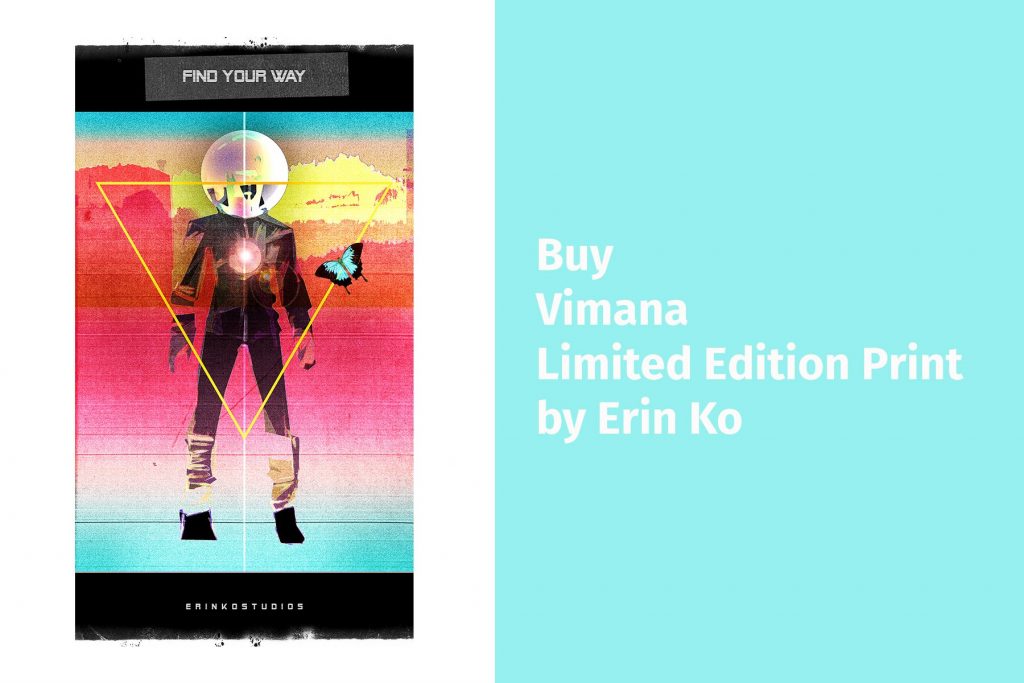 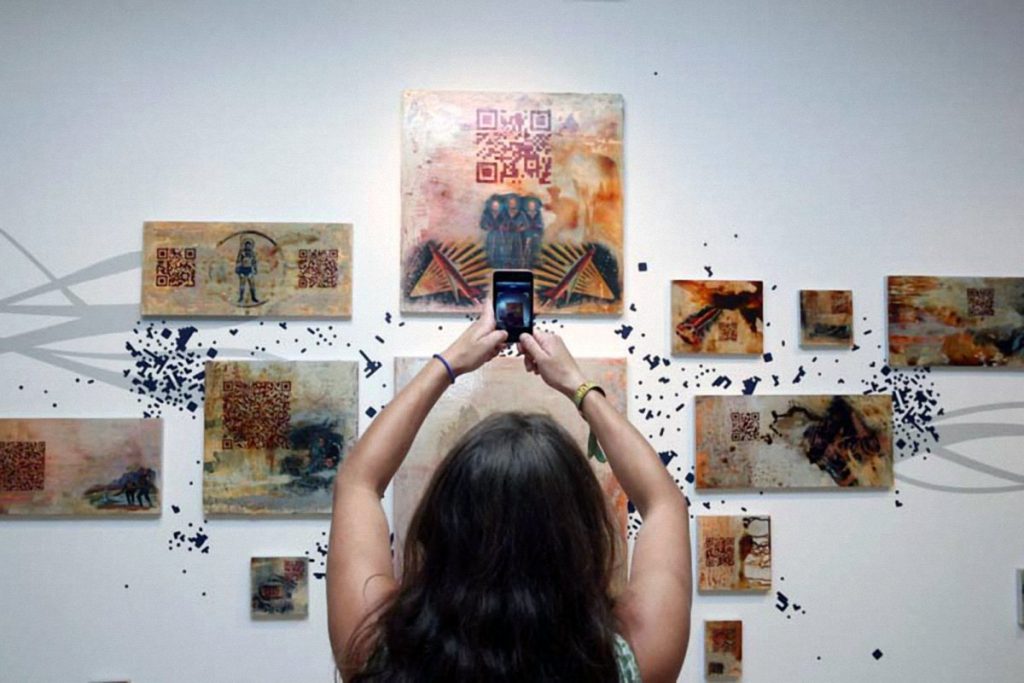 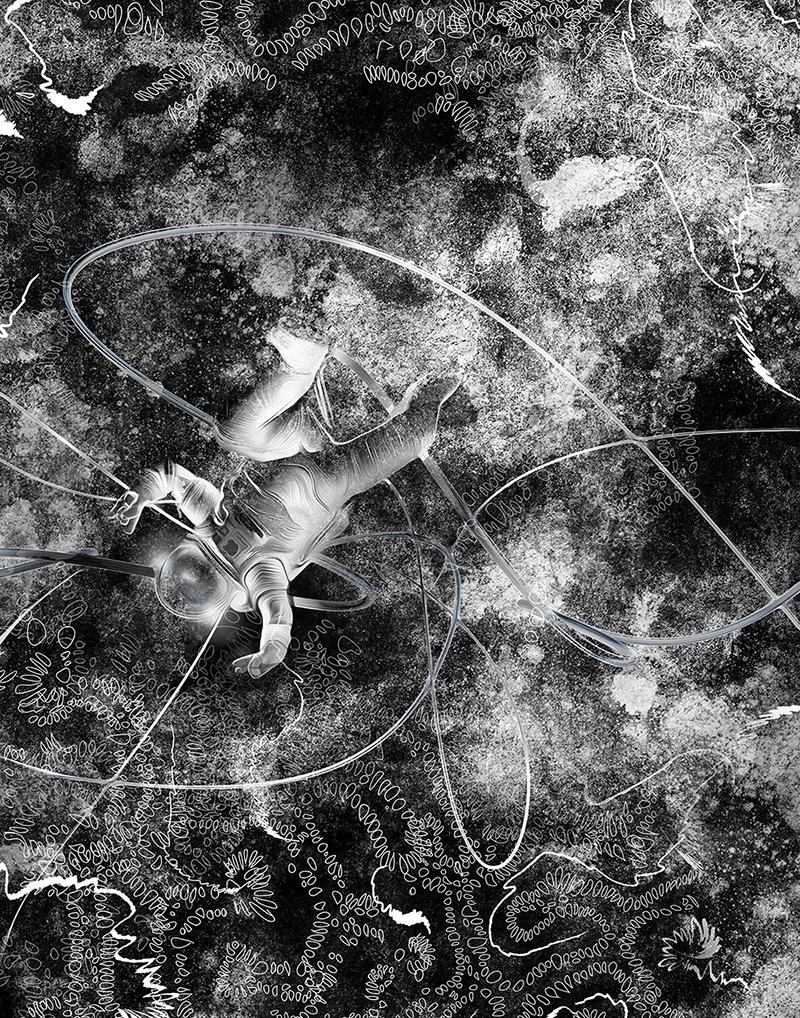 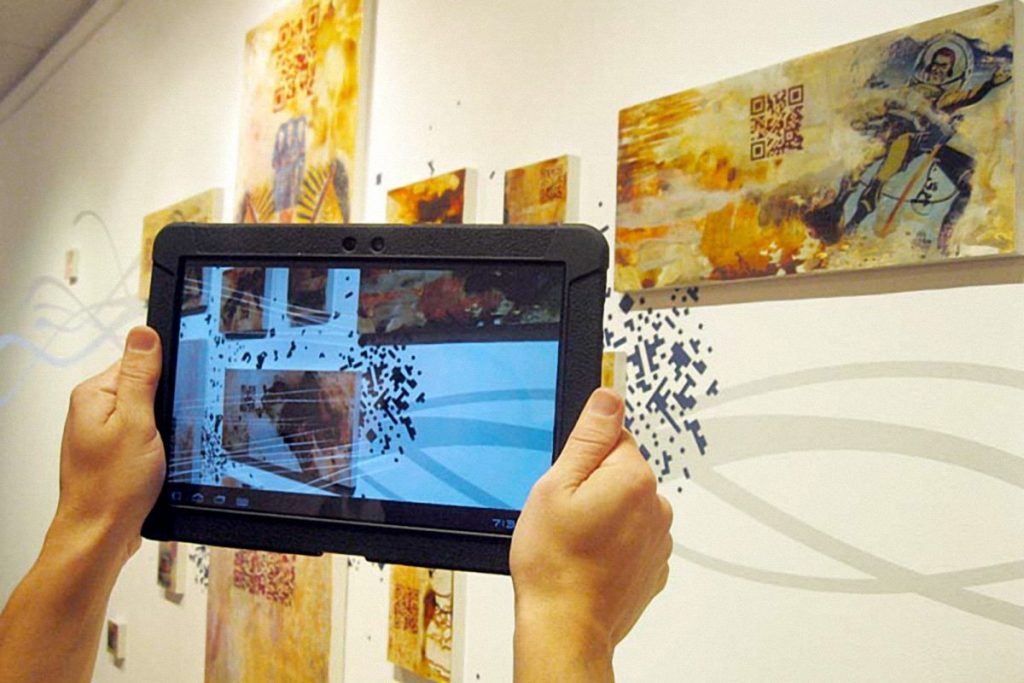 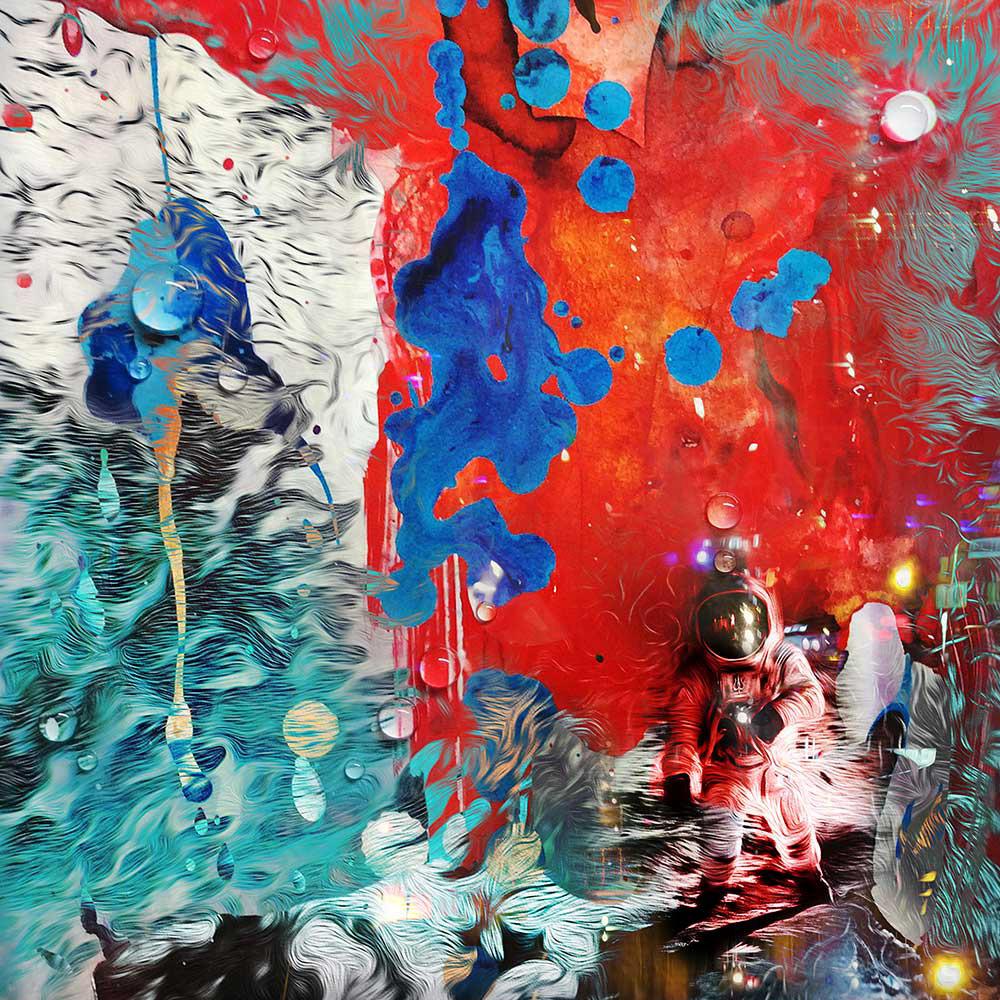 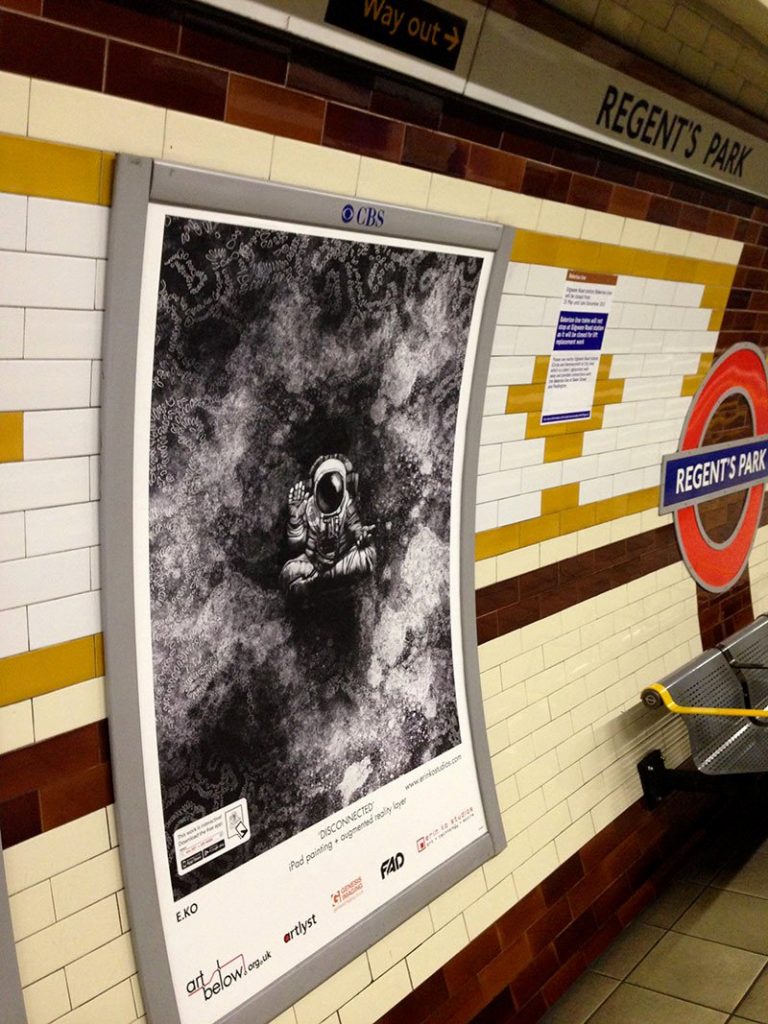 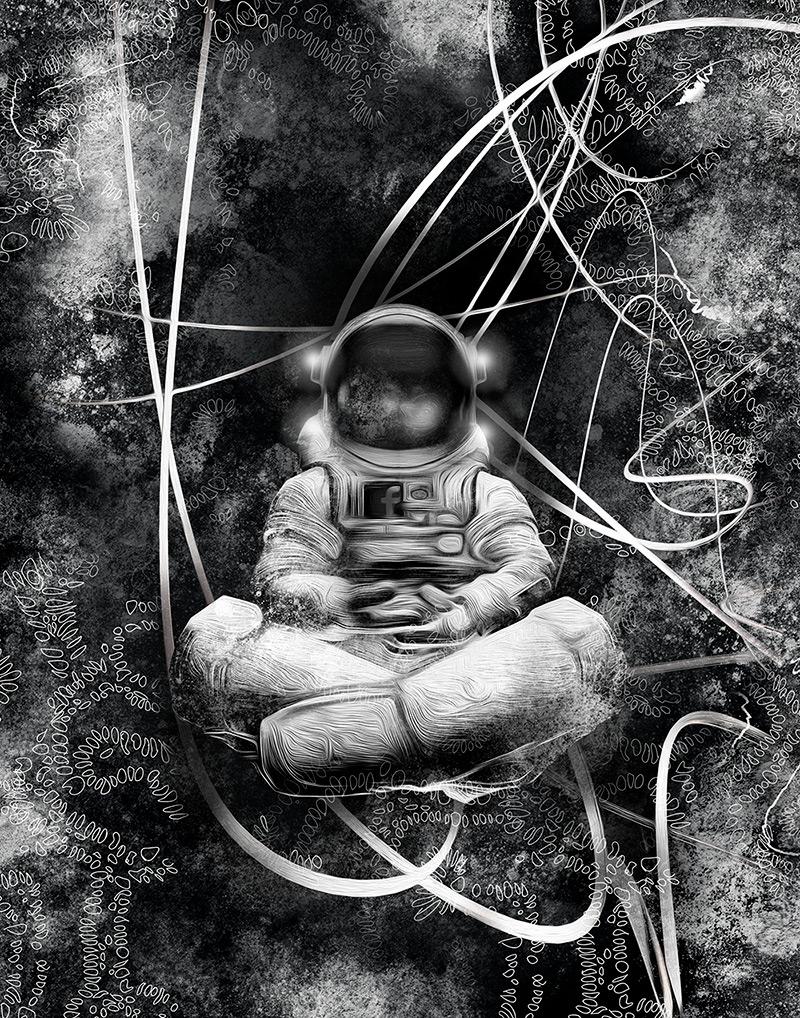 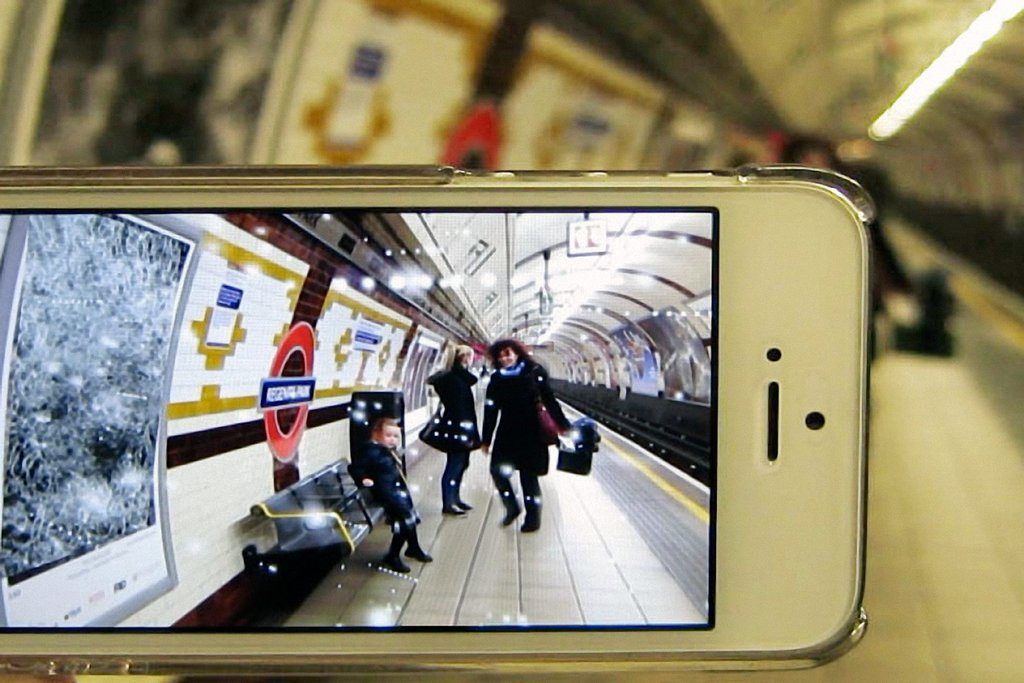 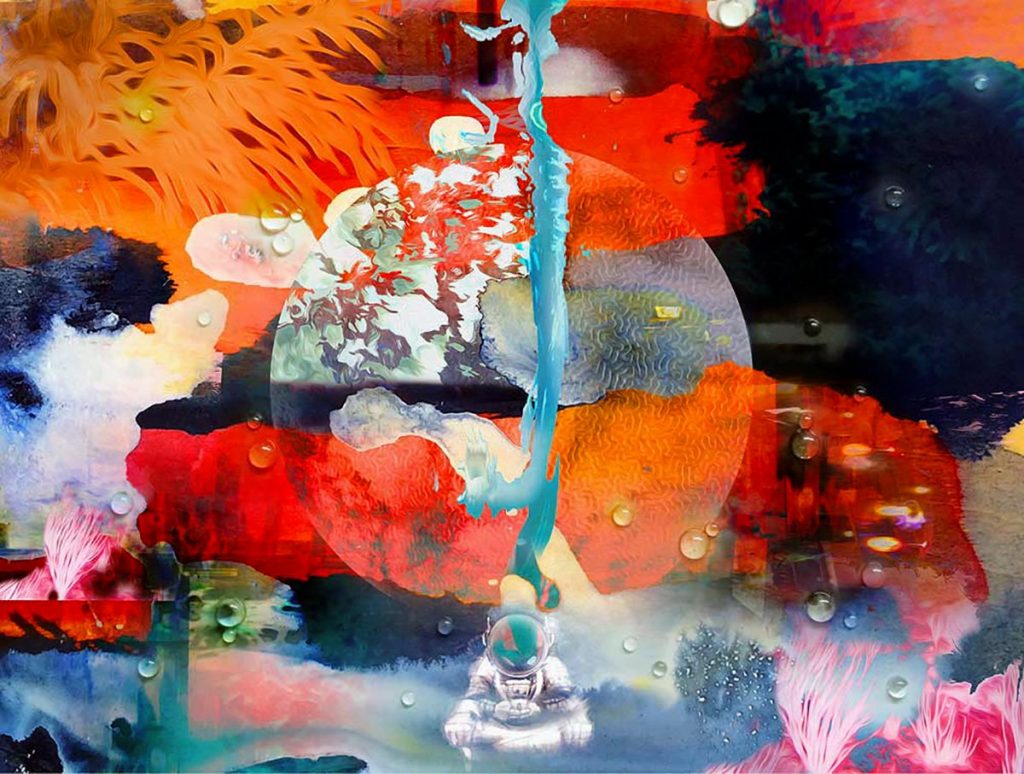