Painting with Emotions at Extempor-ART

In Rome’s often chaotic urban environment of sounds, smells, scooters, and places where to look, you frequently miss particular details, shop entrances and probably also a number of other things which instead deserved to be noticed.

Recently, such a place, that I had missed for a long time, finally came to my attention in a small street – Via Coppelle – which approximately runs between Piazza Navona and Pantheon. If you meander slowly and in an attentive way through this narrow street, at a certain point your eyes will probably be caught be a colorful window exhibition.

Extempor-ART is the name, and inside the owner, Renato Mazza, greets me with a bright smile. The day we meet for our interview, we are only a few days away from the cancellation of a number of covid restrictions. As it is well-known, covid has been particularly hard on Italy, and up until the 1 May face masks were still obligatory almost everywhere.

“This pandemic period has really been tough on Italy. Some sectors have been hit quite hard, and unfortunately the art scene is one of those. For a long time Rome has received no tourists. It has been such a disaster. Now that the general situation, after the pandemic, is slowly turning back to normal, we hope to be able to normalize our lives. But sincerely, we still need a little more time to be able to call the situation “normal”’, Renato Mazza says.

He is the owner of Extempor-ART, and, of course, also an artist, a painter. But according to Picasso – which Renato refers to me – the definition of an artist is also based upon his – or hers – capacity of selling: “The artist is he who sells, because if he doesn’t sell, he wouldn’t be able to be an artist.” 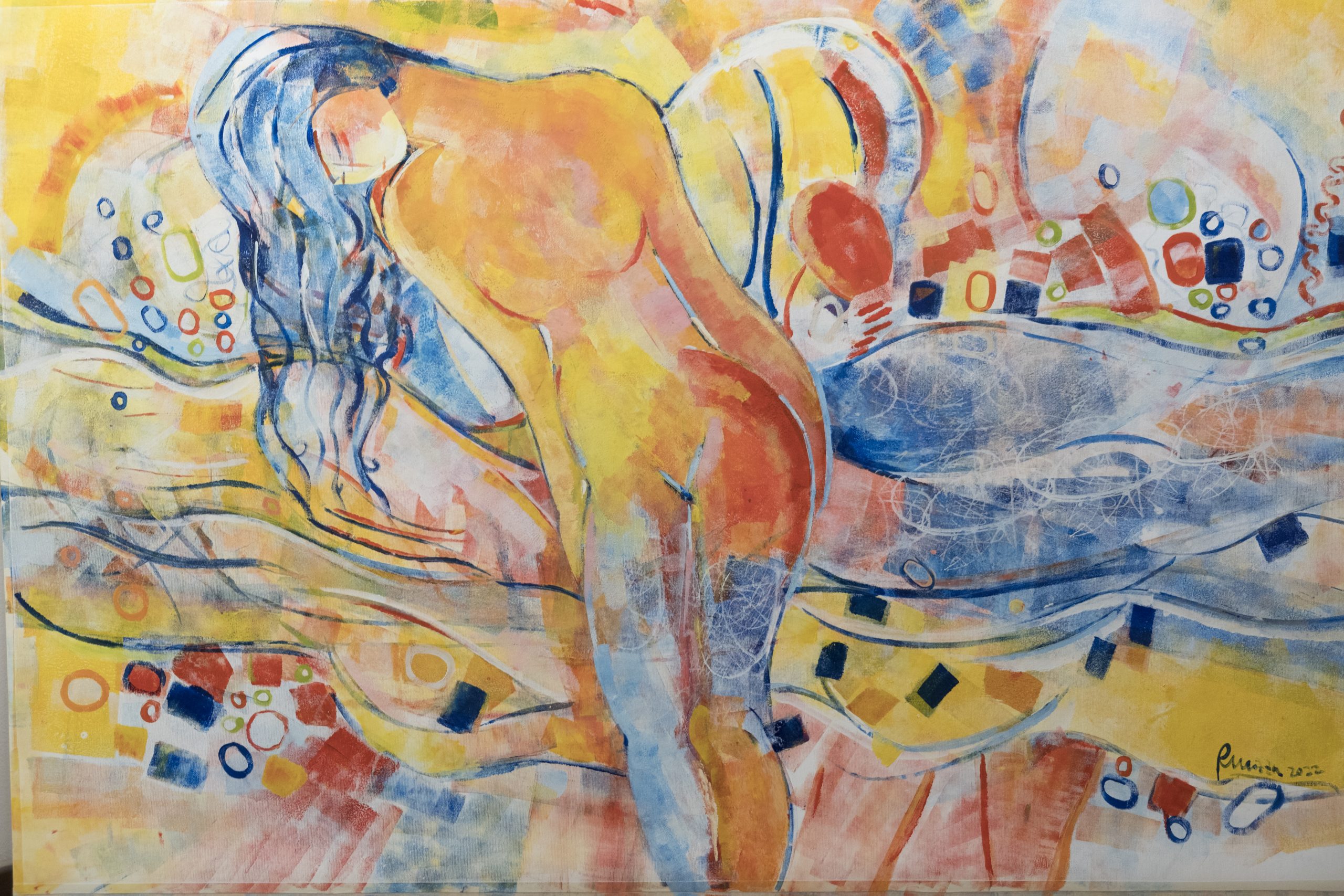 “We – myself, my wife Veronica Mazza and our two children – had another art shop near Piazza Navona. But during covid-19 we decided to close it, due the absence of buyers. Today, my wife, who is also a painter – many of our paintings on sale here in the shop are her works – is now teaching and my children are working in fields that have nothing to do with art”, Renato says.

Apart from Renato and his wife Veronica, Franca Asciutto is the third painter who is exposing her paintings in Extempor-ART.

“I started my artistic career on the street. Very often I went to Piazza Navona in the morning. I had my fixed place where I stayed for years. At that time I was doing portraits and caricature drawings, or I was painting my works publicly. This – painting publicly – is actually able to give you strong emotions. I actually did that for some 15 years”, Renato says 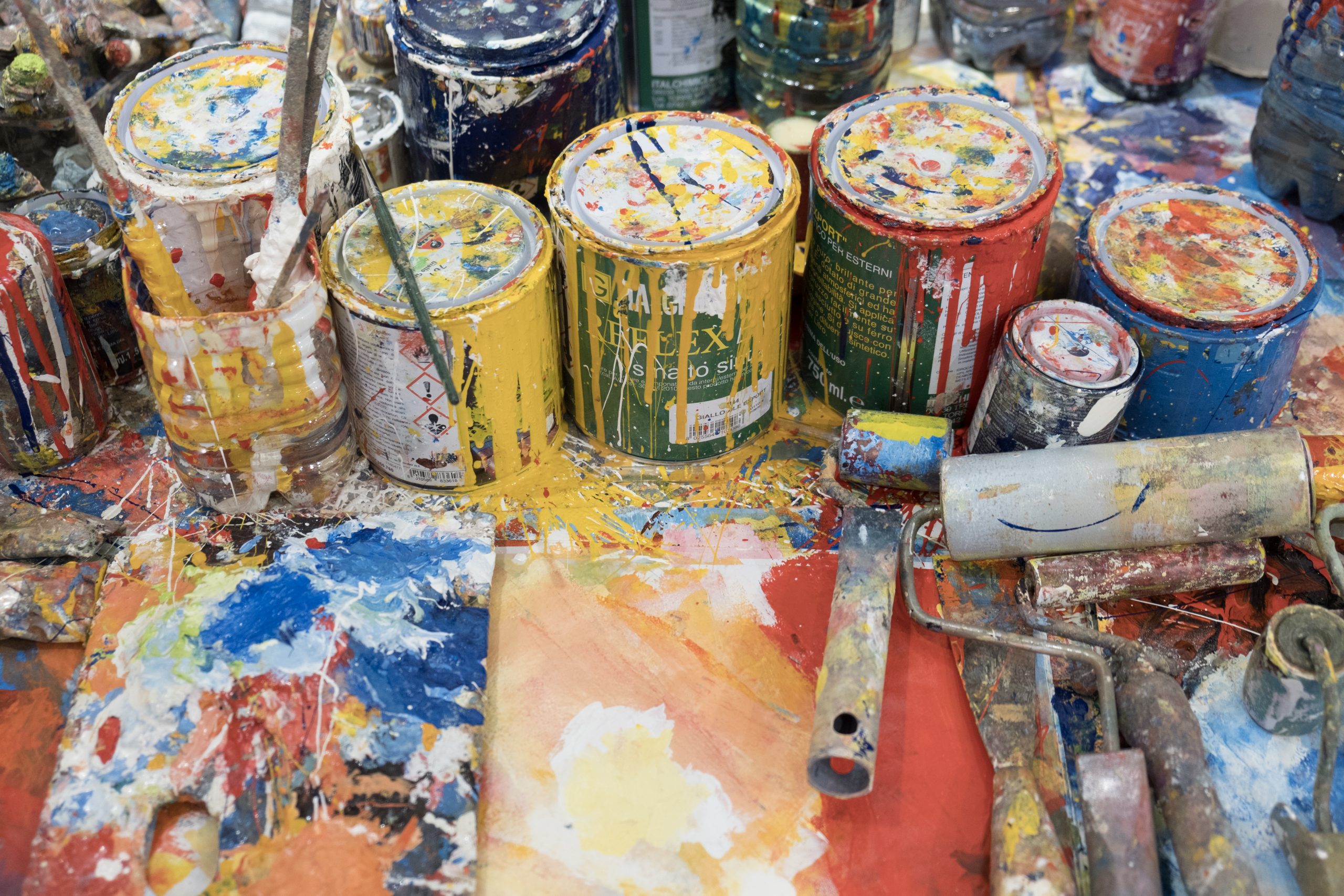 “I used to call painting in the streets ‘The Street Academy’. I have been travelling a lot because painting on the streets is really able to give you a kick. You get into contact with people in quite a different way.”

When he was younger and in the beginning of his career, Renato travelled quite a lot. “I used to call painting in the streets ‘The Street Academy’. I have been travelling a lot because painting on the streets is really able to give you a kick. You get into contact with people in quite a different way”, he explains.

Over the years, Renato has travelled and painted his works in the streets of Sardinia, Taormina, Tropea, Costa Brava, Nice, Paris and Amsterdam.

Today, he especially uses a technique called Flash-Art, where he only uses the so-called primary colors – white, yellow, red and blue.

Flash-Art is a technique that enhances the multifaceted qualities of the artist, the critical sense, and the freedom to range from ancient to modern, according to the emotions of the moment. In this way, in the act of painting a process of introjection of the artist’s feelings is activated and in this way the artist returns these feelings to the canvas, giving the work not only artistic value but also a spiritual value.

We continue to chat, as we walk through Renato’s shop-showroom. Wherever you turn your eyes, wonderful and bright colors try to capture your eyeballs. You find representations of various angles and piazzas of Rome, but also from other parts of Italy. Renato stops and points out certain works, as he gives me information about painting techniques together with small anecdotes. 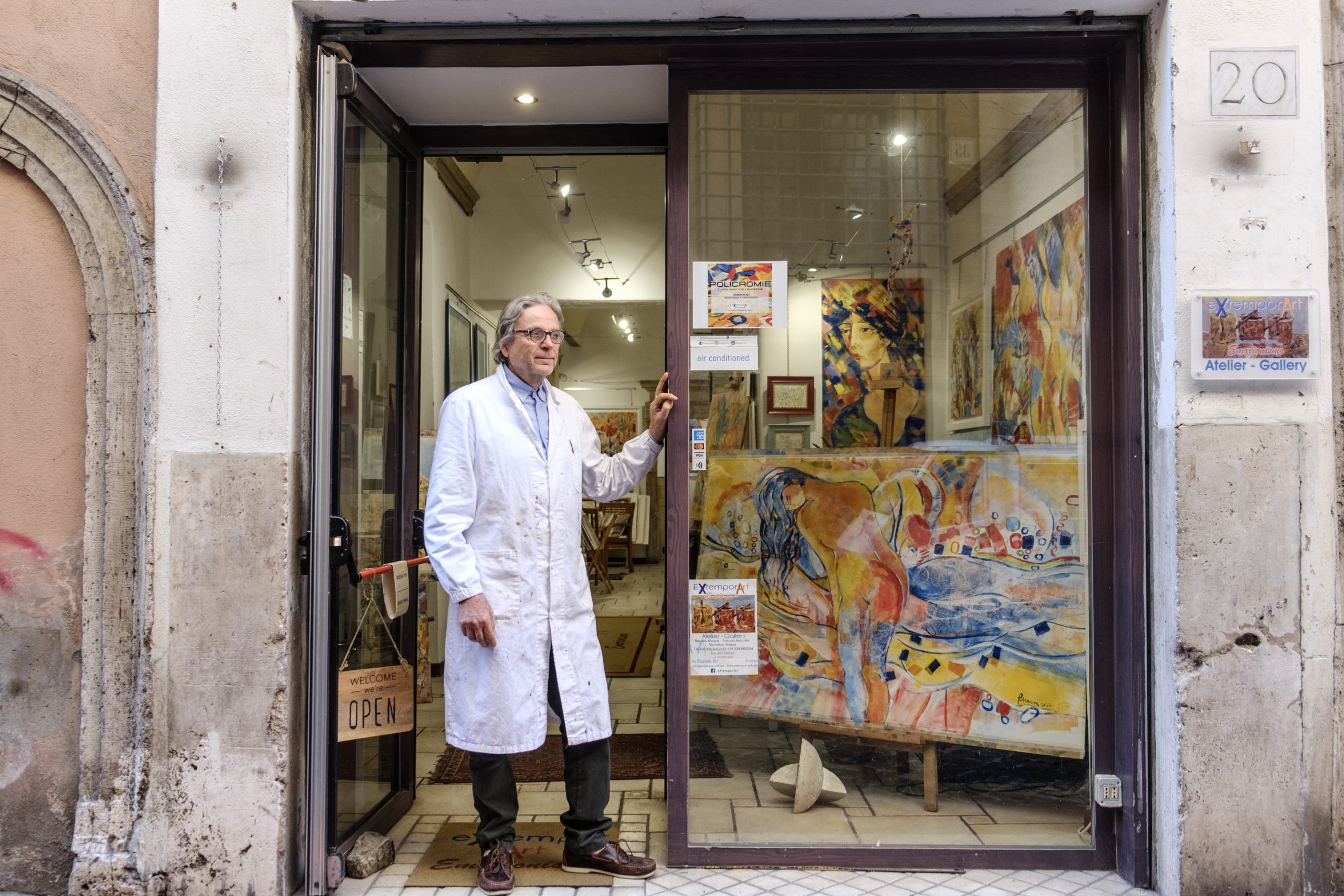 When you speak with Renato you can’t help noticing the warmth in his voice, when he addresses the art of painting and the whole art ambience. We walk outside his showroom to take a street photo in front of the shop façade.

“This is a painting of my wife, look at the colors, look at how she has this very special touch, where she is deliberately painting out of the frame”, he says and looks at me. I look at the various works. The yellow and orange colors – together with red – are very present and they donate all the paintings a sort of lighthearted atmosphere. As we walk around, I’m easily able to imagine a big white wall in a bright large room with one of the paintings hanging there. It would really make it a “banger wall”.

As we walk around it suddenly springs into my mind: Renato’s colors and style very much reminds me of Kandinsky – the brightness, the lightheartedness, the enthusiastic explosion of colors. As we stand in front of one of Renato’s works, I ask him about his potential buyers:

“Back then – before covid-19, before the world fell into a sort of pandemic chaos – I would actually sell something like three-four paintings a day. Seven out of ten buyers were Americans. I have noticed the psychology of people from different countries, and I must say that the Americans are actually the most easygoing art buyers. It seems to me that they have only one criterion: if they like your painting, they’ll simply buy it, without asking too many questions”, he says, laughing.

When you speak with Renato you can’t help noticing the warmth in his voice, when he addresses the art of painting and the whole art ambience. We walk outside his showroom to take a street photo in front of the shop façade. 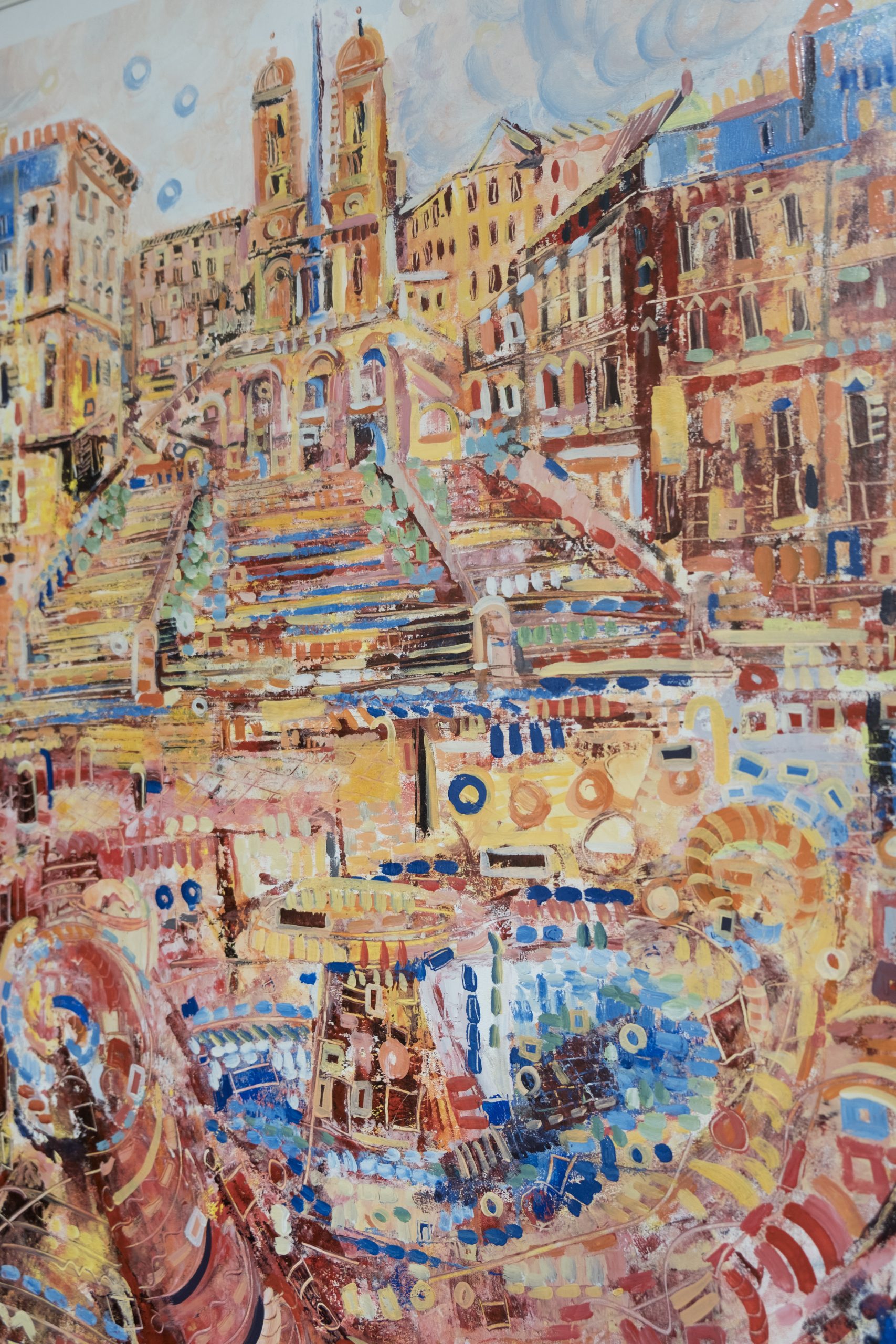 “You know, to me painting is about emotions. I paint with enthusiasm, I hope you can sense that”?

“You know, to me painting is about emotions. I paint with enthusiasm, I hope you can sense that”? Oh, that’s for sure. I can sense enthusiasm but also light, hope and moods that project me into a colorful universe.