One of the positive developments over the years, especially since the start of the 2008 financial crisis in Europe that hit Greece particularly hard, has seen the rise in imaginative street art and community mural developments.  Deprived areas around the red light districts of Metaxourgio and Omonia, plus the ‘anarchist’ district of Exarchia in Athens have seen a new lease of life, not only because of new investment and development with new hotel builds, but also the decorative street art and murals on display.

Simple G is one such muralist who has helped to transform the aesthetics of the streets, not to mention a couple of hotel projects.  He has strong feelings about Athens as a design. 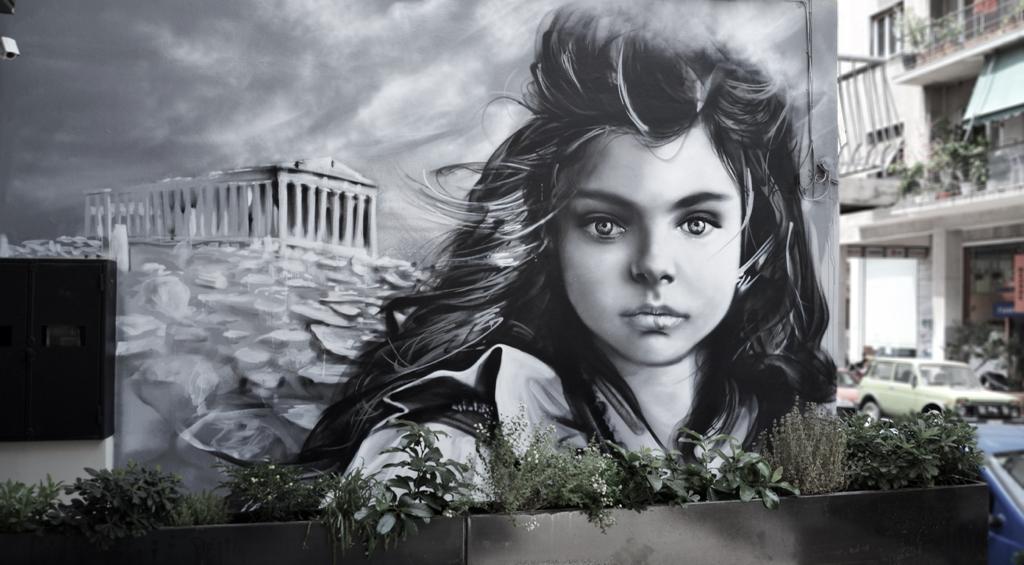 “I think we need more space to paint better murals, because we have a lot of good street artists and muralists, and we don’t have [the space].  The aesthetics, the urban planning does not support this.”

SimpleG is only in his late 20s, yet had an early start in all things creative.  In 2006, at the tender age of 11 he was already practicing Iconography with no official training, moving on to major in this at the Athens Art School where he started to, perhaps slightly controversially, incorporate graffiti in the iconography style.  Yet one thing’s for sure; SimpleG is not happy being put in a box–he prefers to interpret his own work.

“I want people to remember me for what I am doing, not who I am.”

So what is SimpleG doing, exactly?  Well, we’ve seen he’s keen to help what he considers, in places, an unattractive city to become more aesthetically pleasing. 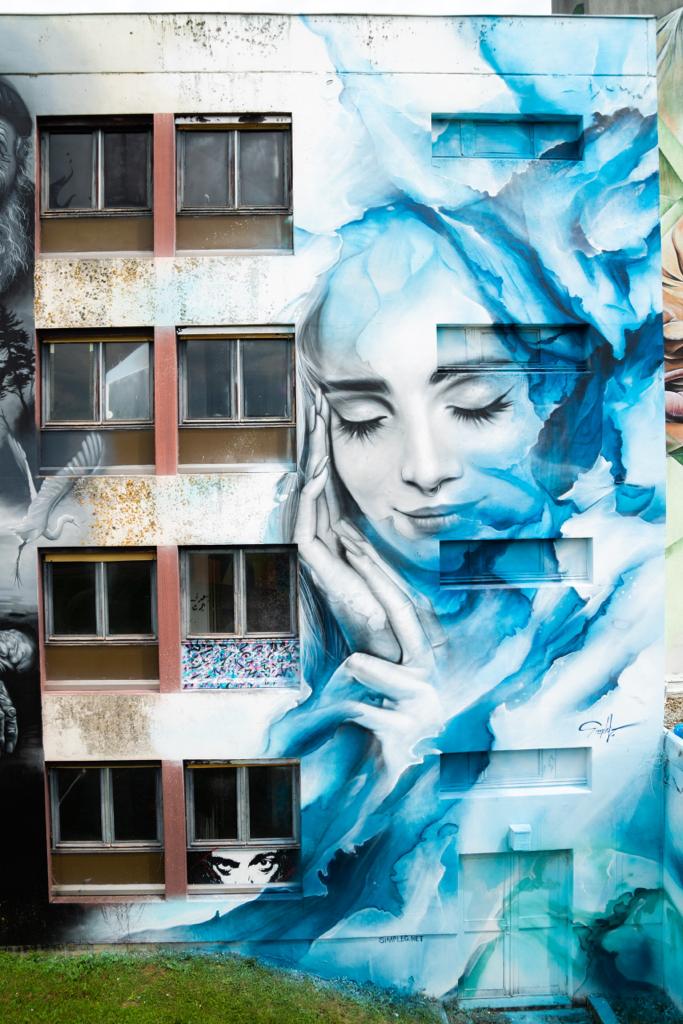 He practices all three forms of street art; tagging, street art and murals–although agrees that tagging is a very ugly form.

In preparation for a big mural project, instead of staying inside his studio he’ll head to an abandoned building, such as an old warehouse in the port district of Piraeus where he’ll create small murals as practice.

It’s hard to pin Simple G down as to a ‘favorite’ piece of work as he simply feels each mural represents something different, which is relevant to its area.  Whether he’s created this or someone else is irrelevant in Simple G’s mind–such is his lack of ego.

But after gentle persistence, we establish that ‘The Girl With The Book’ is one particular creation that is special to him. 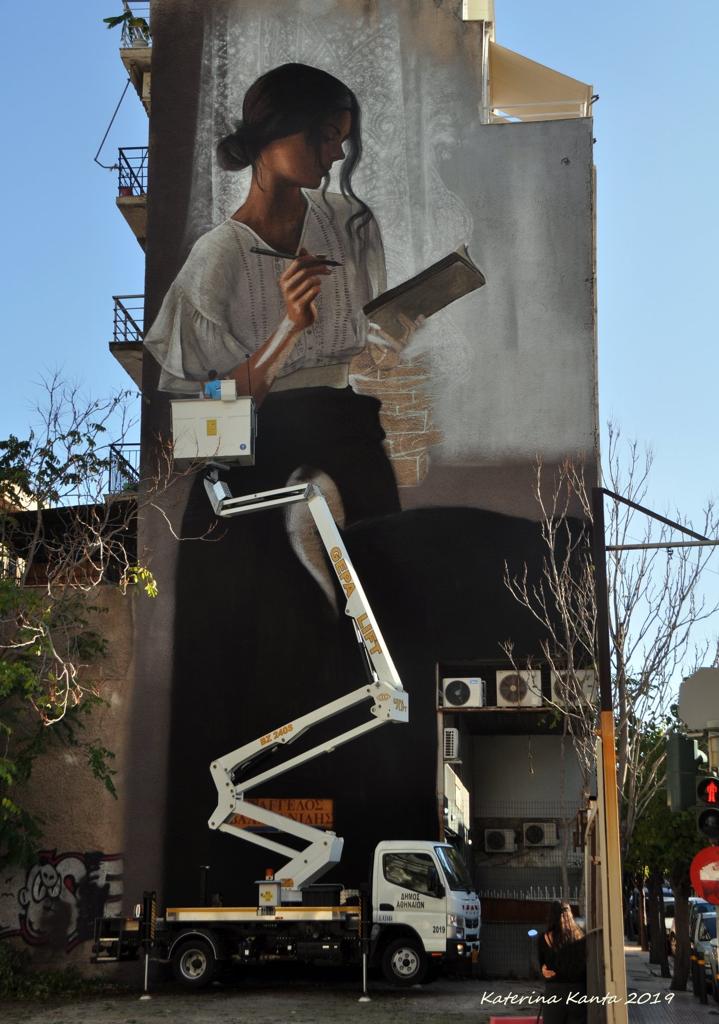 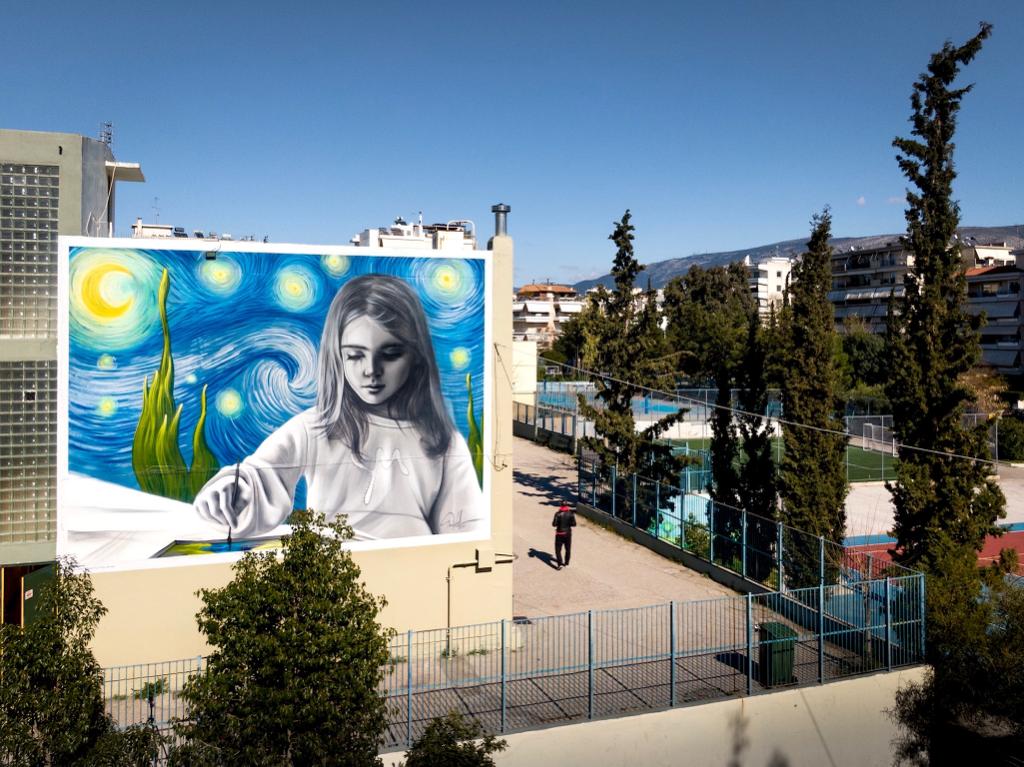 “We can have so much beauty in such a good frame. I want my art to create an atmosphere that makes it prettier.”

And ‘The Girl With The Book’ achieves this.  Located in the slightly seedier Athenian district of Metaxourgio, officially entitled ‘So Many Books So Little Time’ the mural depicts a beautiful young woman, half seated, her knee exposed beneath a long flowing skirt and several books piled up behind her. There’s a background doily-style wall that incites nostalgia for a romantic, more innocent era of traditional Greece.

Created as part of the annual Petite Paris Festival–whose aim is to bring French culture to the streets of Athens through various engaging artistic events, Simple G “wanted it to clash and come in contrast with the area.  There are a lot of whorehouses under and around it, so this shows what one girl can do if she chooses a different direction.”

So what’s in the name–SimpleG? G is the artist’s first initial, and he’s chosen ‘Simple’ as despite his obvious talent (which he is very shy to acknowledge, even shying away from any compliments), he considers himself a ‘simple’ person.  He enjoys wild camping, alone, and takes part in trail running of varying distances across the country. 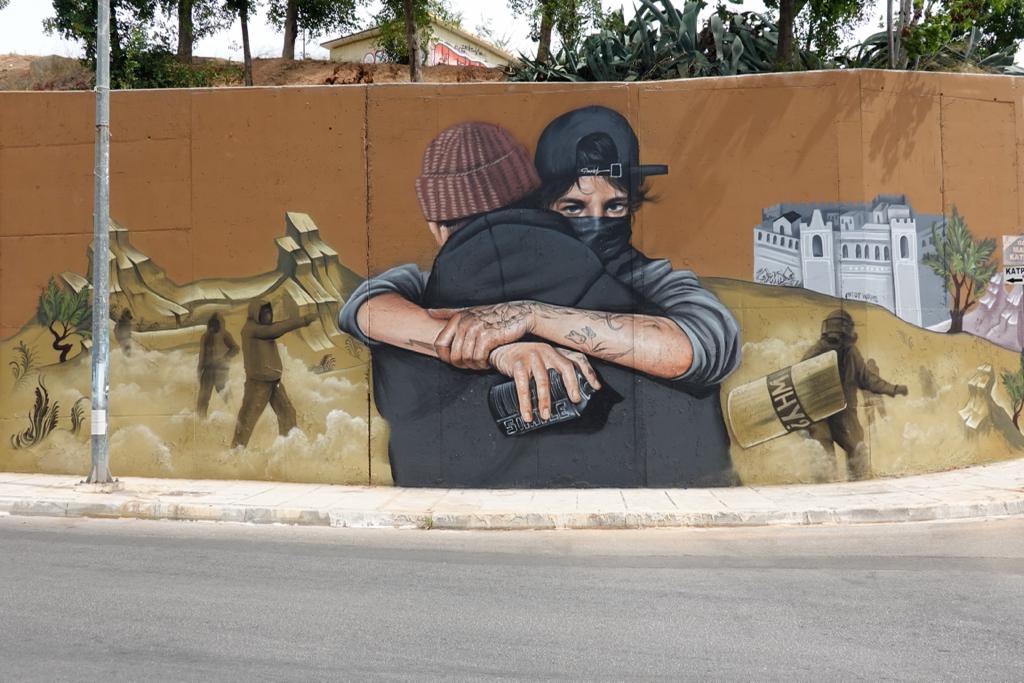 For ‘G’, his work is a form of psychotherapy–it’s healing.  The fact it’s his work is secondary.

‘G’ is also not a fan of social media.  Yes, he has an Instagram account yet is despondent about street art being viewed on this medium. “It’s good in one way because we [I] can discover what an artist in Alaska is doing for example.  Yet artwork looses its significance as we just scroll and swipe.  This is not good.”

His work can be found not just in Athens, but across Greece–at a ski resort where he’s created the ‘Mountain Man’ in Ioannina, he’s documented his grandmother’s insomnia in Athens­–a lady he’s incredibly close to and as well as several other regional and national projects, has been commissioned with another Greek artist and two Mexican artists to paint a tram in Athens in collaboration with the Mexican Embassy and painted in countries as diverse as Malta, Paris in France and the tallest building in Lebanon–a 50 meter mural in Beirut of an elderly man cleaning his wares.  In preparation for this Simple G didn’t photograph the subject, as he normally does–he sketched the posed individual over a period of days, using his final sketch as the guide.

Simple G has reached a point in his career now where he can be selective in his choice of projects, taking on board work that is of interest, regardless of its financial compensation.

If you’re ever in Paris, head to the Jo and Joe hotel where you’ll find some of his murals adorning the walls, and if you fancy a city break in Athens, Greece–look no further than the Ivis 4 Boutique Hotel and Restaurant. Simple G created artwork for eight of the 14 rooms, including a mural of a mountain scene in the cozy Acropolis Terrace suite with, yes, you’ve guessed it, amazing Acropolis views.  He also designed the restaurant and bar area into a natural design, to continue and incorporate the nature of the cute courtyard garden into the aesthetics.

A simple individual, yes.  But certainly not simple in his designs and talent–to come across the work of Simple G is, quite simply, a pleasure.

Rebecca Hall is a British writer and author who lives in Greece, gaining inspiration from the beauty of the country and the people and gastronomy. In addition to maintaining her own website, Life Beyond Borders, she is also a guidebook updater for Rough Guides — updating editions of Rough Guides to Greece and the Greek Islands, as well as Portugal. Her travel app Greece’s Best and Athens’s Best for Android and iPhone sells well. She writes for a variety of media including the Telegraph newspaper and various inflight airline magazines including features in Ethiopian Airlines and hotel and restaurant reviews for easyJet. Her debut novel ‘Girl Gone Greek’ has been written into a film script, winning Best Feature Fiction Script at the 2018 London Greek Film Festival and Best Feature Fiction Script at the 2020 Santorini Film Festival. She lives in hope of seeing it developed!