In Japanese, Hiraku means “open” or “unpack.” And, for the Brooklyn-based street artist of the same name, it defines her mission—to use art to inspire others to be vulnerable.

Hiraku, who works primarily in New York City, is known for her sweet, kawaii-influenced characters with uplifting messages. Her characters, which she refers to as “gentle giants” look like cartoon cat-monsters with big watery eyes and have a youthful quality to them, a crucial part of establishing warmth and child-like innocence in her messaging. Her art contains heartfelt, simple notes like “More art, less violence,” and “Don’t stress the unknowns too much.” Unsurprisingly, she’s currently getting a master’s degree in art therapy. 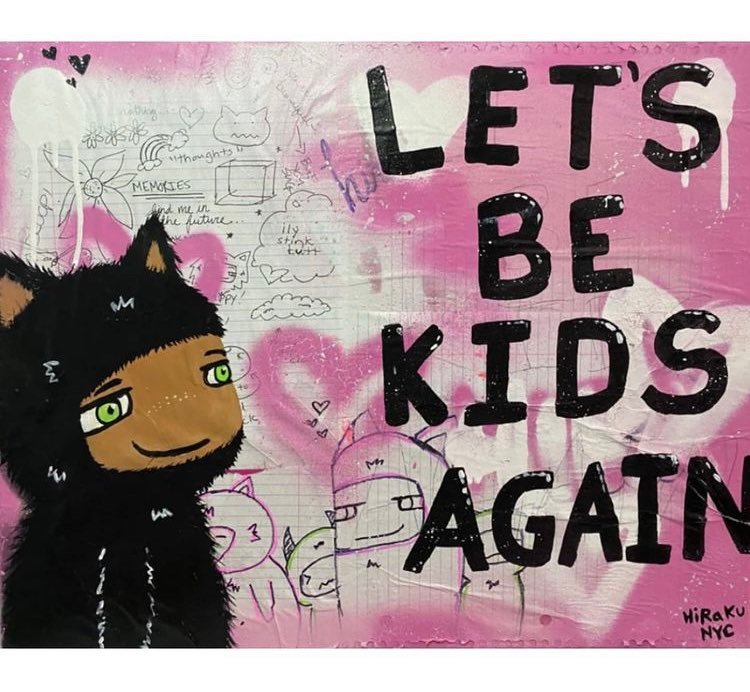 “I want my art to say, ‘Hey, you’re not alone when you’re feeling a certain way,’ but without the toxic positivity,” Hiraku said. “The point is to make someone smile.”

Part of what makes her cartoons feel so fresh and unique is the fact that many of the murals she creates correspond with an emotional time in her life, she said.

It’s a recipe that works. Hiraku’s vulnerability speaks to many, and she gets messages on her Instagram all the time about what people got from her artwork and what hardships they’re dealing with in their personal lives. A public elementary school in Brooklyn commissioned her for a mural on the exterior wall of the school, and she’s also painted murals for restaurants and bars like the Tipsy Dog in Bushwick.

One of her murals, which was commissioned for the JMZ Walls, a non-profit effort to beautify the walls under the JMZ train lines, is secretly a message to her late grandfather that reads Because of you, I am. “He was a big kid at heart, like me,” Hiraku said. “I miss him a lot—I was a little different from my peers, and he just really understood me, which not everyone did.” 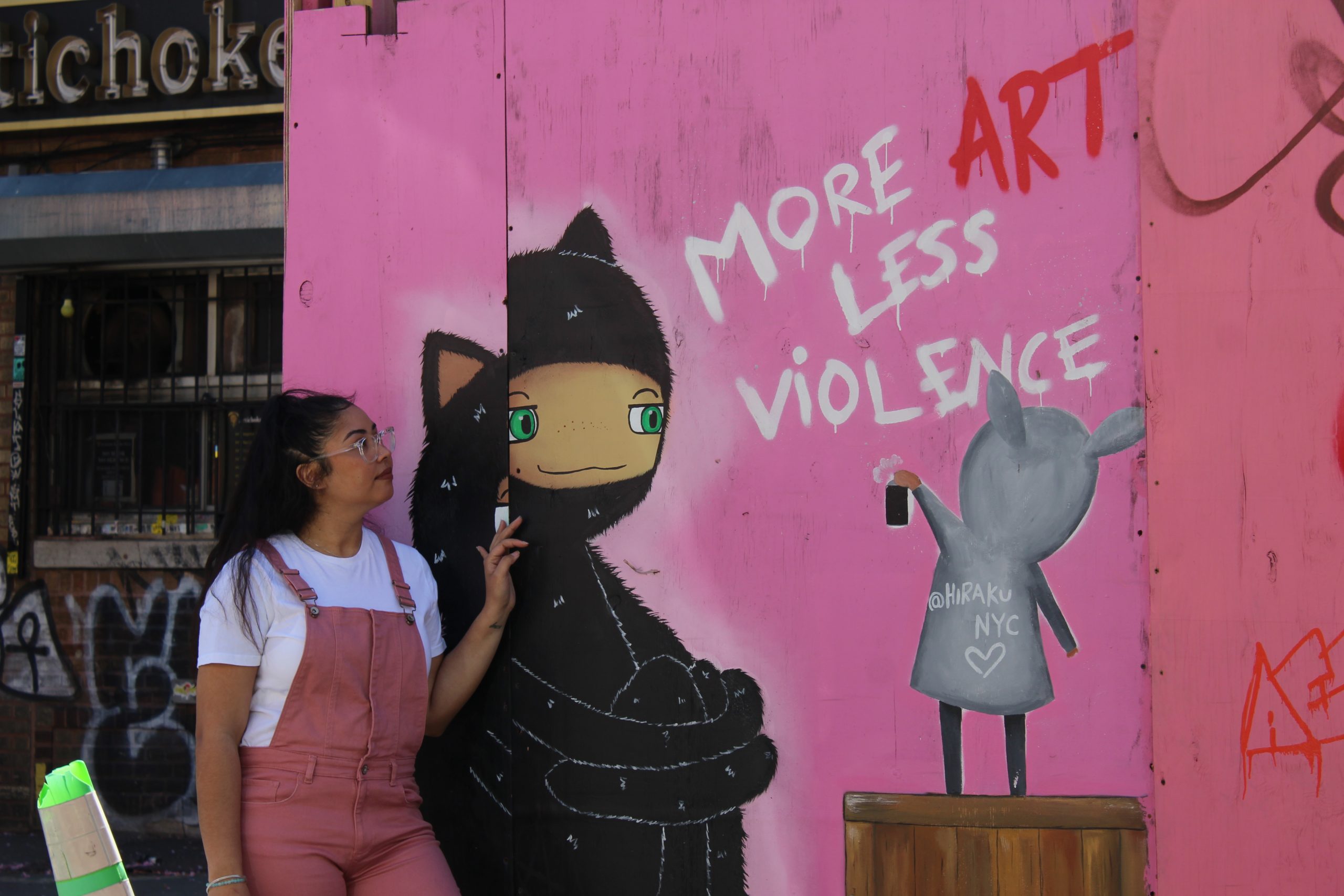 Growing up in Bed-Stuy’s public housing, Hiraku often experienced bullying in school and used art and video games to cope. Her street art name actually started as her username in RPG video games, going back as far as 2007.

Hiraku has shown her work at group shows in galleries throughout the city and has collaborated with street art veterans including Zero Productivity. All of her commissioned mural work follows the same formula—a mixture of kind words and cute, eye-catching monsters.

But, she’s not a one-trick-pony. She can work in a variety of styles, and draws photo-realistic portraits and still lifes as well, which she’s starting to post on her Instagram, which has over 2,000 followers. But, when it comes to street art, she sticks with her characters for their popularity and quick messaging.

The main character in her street artwork is a black cat-like monster named Creep, for Hiraku’s cat that has since passed away. 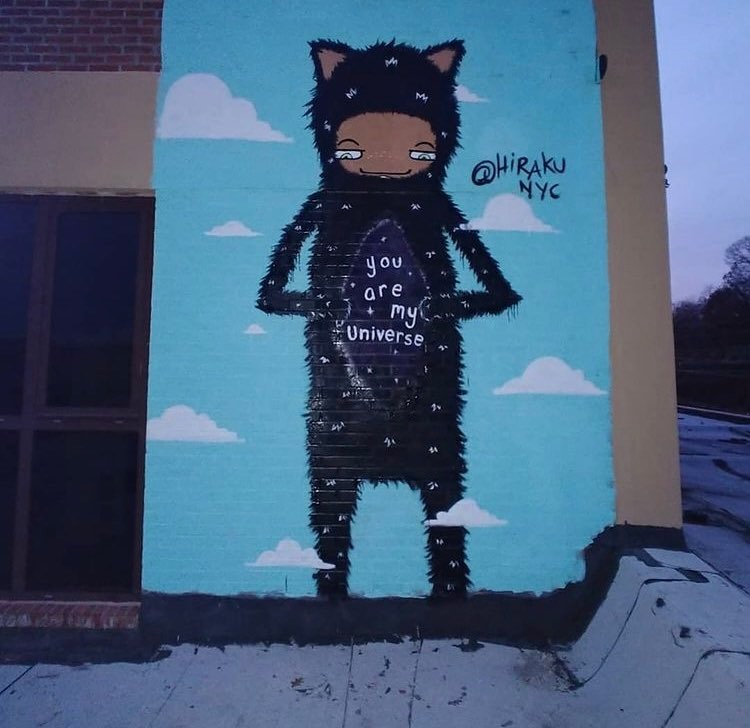 “I want each character to have their own individual personality that represent human traits,” Hiraku said.

“Even though they may look super bright and positive, my paintings are dealing with the hard stuff in life. That’s the side of me that’s like, I need to be strong for the situation I’m going through and so I’m going to paint it down. Like Okay, we got this.”