A History of Cameras & an Introduction to Photography

Photography turned the traditional art world upside down when it was introduced in the 19th century. People at the time exclaimed, “How can a photograph equate to a painting? Photography cannot be art!”

The first examples of photography – heliographs, daguerreotypes, and calotypes – involved the exposure to light, of light-sensitive chemicals on a metal plate or paper, inside a camera. At the time, the simplest camera was a dark, enclosed area with an open entry of light through a lens attached to it. The light-sensitive chemicals became less soluble to oil or other solutions the longer they were exposed to light coming from the lens.

We are most familiar with film photography, which was introduced in the form of the Kodak camera by George Eastman in 1888. The original Kodak camera used a roll of film with 2.5 inch diameter, which could take up to 100 round-shaped pictures. Upon using up the entire roll, the entire camera was sent to an Eastman factory for processing and printing.

Famous Photographers of the 20th Century


Jacob Riis and Lewis Hine became well known for their documentary photography on social issues, such as the immense poverty endured by the immigrants in New York’s slums and the child labor frequent throughout the East Coast of the United States. Riis and Hine’s straightforward approach established documentary photography as a source of objective facts.

Edward Steichen and Alfred Stieglitz were among the pictorialists, who wanted to elevate the status of photography to equal fine art. They made use of certain conventions and techniques of painting and printmaking to create their works, including the manipulation of the image using the gum bichromate printing process and retouching with a paintbrush.


Alfred Stieglitz later promoted the concept of straight photography, which embraced the innate characteristics of photography, such as sharp focus and avoidance of cropping the image.

However, the followers of straight photography still manipulated the image in the dark room (where the photographs were developed) to achieve high contrast and rich tonality, as well as capturing the underlying geometric structure of subjects. Once popularized by Stieglitz and others such as Paul Strand, straight photography became a major practice of Western photographers, such as Edward Weston and Ansel Adams.

In Germany’s Bauhaus school of art, in the 1920s and 30s, the Hungarian photographer László Moholy-Nagy coined the term “New Vision” to describe the camera as a second eye for observing the world and as a new way of seeing beyond the confines of the human vision.

In the United States in the 1930s, during the Great Depression, photographers such as Dorothea Lange were employed by the government to document the working and living conditions of the people, as well as the public programs that helped people to find jobs. Lange’s most famous works include the “Migrant Mother,” which became an iconic image of the Great Depression. They helped to convince the middle class of the need to move forward with President Roosevelt’s social programs.

The Designs of DSLR and Mirrorless Cameras

A digital camera consists of a body and a lens. In most professional camera systems, such as a DSLR or mirrorless, the lens is interchangeable with other lenses for the body. In certain camera models, called compact cameras, which may consist of the same internal designs as a DSLR or mirrorless, the lens and the body are combined into a single design to save weight, reduce size, and increase portability.

Manual Mode and Shooting in RAW in Camera

To take a photograph in manual mode, one needs to adjust the 3 elements of the camera that control the amount of light or brightness, the depth of field (or the range of focus), the motion blur, and the noise level of the final image. The 3 elements are the shutter speed, aperture (the opposite of which is the f-stop), and ISO (or the sensor sensitivity to light).

Aperture is the size of the hole in the lens that lets in a controlled amount of light into the sensor. Greater the aperture, lower the f-stop, and brighter is the image. Lower the aperture, higher the f-stop, and darker is the image. Higher aperture also means there is a more shallow depth of field (or a smaller range of focus), allowing the foreground and the background to go out of focus and only the subject to remain in focus. Bokeh, or aesthetically pleasing blur, can be observed at higher aperture or lower f-stop, such as f/1.8.

ISO is the sensitivity of the camera’s sensor. Higher ISO means that the image is brighter, but also noisier, due to the higher level of activity of the internal electronics in the sensor. The cleanest image can be typically achieved by setting the ISO to 100.

It is best to take photographs in uncompressed RAW files, rather than JPEG, so that the photos can be edited extensively in Adobe Photoshop or Lightroom. JPEG files get corrupted little bit by bit every time they are edited or resized, so RAW files are the best ways of editing photos, the edited versions of which can also be saved as PSD files (Photoshop files).

Focusing and Framing in Photography 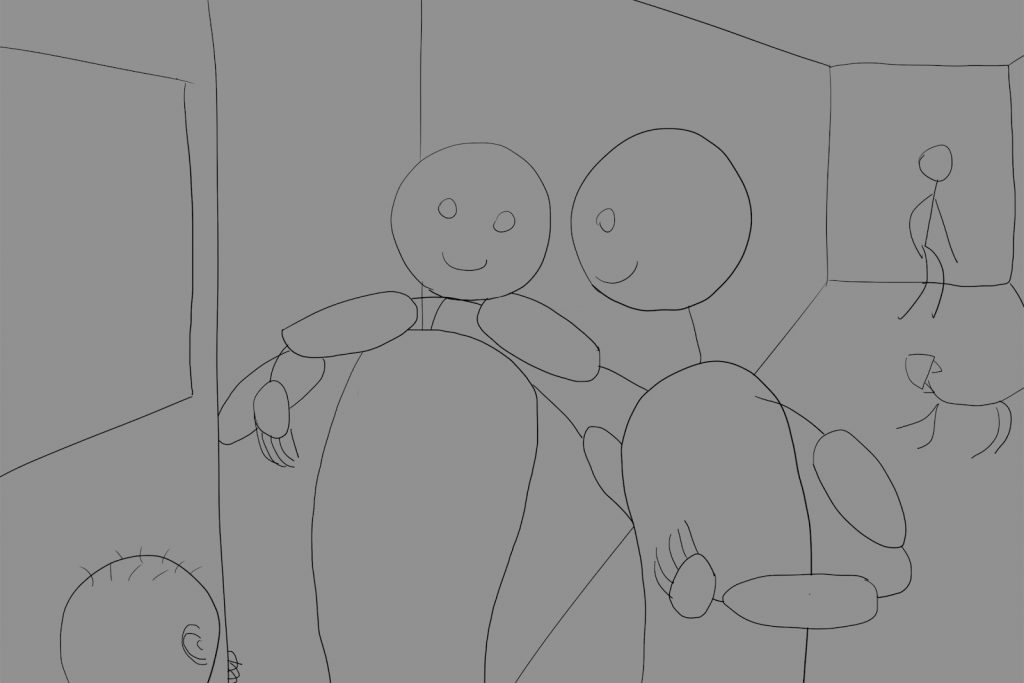 The Rule of Thirds in Composing a Photograph

The Rule of Thirds is the idea that the point(s) of interest should coincide with the (four) lines that divide the photograph into nine evenly-spaced regions, (two) vertically and (two) horizontally. It was first cited by John Thomas Smith, an 18th-Century painter, engraver, and writer, who said dividing up the composition at one-third or two-third was better than at half or at other ratios.

The Rule of Thirds allows the photographer to balance the image into equal parts and avoid mistakes, such as having a tiny subject surrounded by a vast space. However, the photographer can break or improvise upon this rule to create different results, relying on his or her intuition and experience.

Usually to take photos outside during daylight, a temperature of 6000K (Kelvins) will depict the colors accurately, while a temperature of 4000K will look too blue, and a temperature of 8000K, too yellow. Under darker circumstances, such as outside at night, the temperature should be lowered to 3000K, for example, as darker colors naturally exhibit a lower temperature.

Most of the editing for photographs on Photoshop can be done through the “Camera Raw Filter” tool, which can be found at the top menu bar’s “Filter” section.

Photography is a technically challenging medium that has a long, rich history of inventors, pioneers, and artists. In today’s world, in an age of social networks and social media, professional tools of photography are becoming more accessible to the masses, opening the door of photography to more and more people. Some photographers feel lost in this increasingly loud and competitive world. I believe that photography that is genuine needs meaning that is reflective of our times. A strong photograph should be more than just a pretty picture without meaning.

Photography is a way of seeing beauty in the world that we take for granted. It is a different way of seeing the world – a second eye – as the Hungarian photographer László Moholy-Nagy, who coined the term “New Vision” said.

To all the people out there who are reading this article and wanting to become a photographer, I say “Go for it!” It is the next exciting chapter in your life.

Chun Park (Chunbum Park) was born in Seoul, South Korea in 1991. He came to the United States in 2000 and attended Montgomery Bell Academy for high school. He briefly attended University of Rochester and Bergen Community College from 2009 to 2011. Since 2011, he has aspired to become a practicing artist and studied at various schools, such as the Rhode Island School of Design, the Art Students League of NY, and the School of Visual Arts. He received his BFA from SVA in 2020.