How I Learned To Love The Bull

I stopped to get my morning coffee and a donut as I arrived at the Charging Bull of Wall Street. It was 8am and I was there to take pictures. The coffee was too hot and the donut tasteless. I wanted to arrive early to outwit the daily crowd of tourists. There were a few Asian visitors there, taking pictures in front of the bull and rubbing its head for good luck. The Charging Bull, aka the Wall Street Bull, is the second most visited tourist attraction in New York City, the Statue of Liberty being the first. People come from around the world to see it. For some, it represents wealth and success, but for others it embodies greed and excess.

First, let’s explore some back story and discuss the stock market crash of October 19, 1987. The crash, known as Black Monday, started in Hong Kong before spreading to Western Europe. Soon after, the ominous wave made its way to the United States. The Dow Jones Industrial Average (DJIA) fell 508 points, making Black Monday the largest one-day decline in the DJIA’s history at the time. A quarter of the market’s value, totaling $500 billion, evaporated by the afternoon toll of the closing bell. In December 1987, a conference of 33 prominent economists from around the world met in Washington, D.C. They predicted that the next few years could be the most troubled since the 1930s.

For investors, corporate notions of grandeur and company spin outweighed the actual underlying assets of companies themselves, with new technology that allowed them to trade more stocks than ever before.

According to a video by Forbes.com, Black Monday’s sources include a fragile market, a weak dollar, a fading housing sector, and high oil prices. For investors, corporate notions of grandeur and company spin outweighed the actual underlying assets of companies themselves, with new technology that allowed them to trade more stocks than ever before. By early 1987, the State Corporation Commission (SCC) was ready to take on the crooked companies and investors, investigating insider trading and overvalued corporations. This sent fear throughout the market, and on Monday, October 19th, there was a mass exodus from stocks, in favor of bonds and junk bonds. This overwhelmed computers, causing the market to crash.

The night of December 15th, 1989, an Italian American artist named Arturo Di Modica loaded the Charging Bull onto a truck and drove it to the New York Stock Exchange. The bull arrived unannounced, and Di Modica remained unnoticed as he placed it under the NYSE Christmas tree. By the next morning, the sculpture was the media’s top story. Before the Charging Bull, Di Modica was known in the art community for his SoHo studio on Grand Street. There, he caught a young graffiti artist by the name of Jean-Michel Basquiat spray painting ‘SAMO’ (short for Same Old), on his studio. Di Modica created large scale marble works, leaving them on the streets outside. After December 15, Di Modica would forever be immortalized as the creator of the Charging Bull.

The initial rejection from Wall Street led the NYPD to seize the sculpture and place it in a police impound.

Why did Di Modica create the bull and why did he place it at the Stock Exchange? Urban legend says it exemplifies greed and excess. According to Di Modica himself in a CNBC interview, the bull represents “strength and power to young people for a better future.” Modica gave it to the city as a Christmas gift after the crash, because he wanted it to be a positive symbol during a time of economic gloom. The initial rejection from Wall Street led the NYPD to seize the sculpture and place it in a police impound. There was a public outcry for the bull to be returned, leading the New York City Department of Parks and Recreation to reinstall it two blocks south of the Exchange, in Bowling Green, where it is today.

Even though Di Modica set out to create a positive piece, the Charging Bull eventually came to symbolize something negative for many people. Wall Street officials grew to love the bull, associating it with a “bull market,” the colloquial term for a strong market. This in turn led anti-capitalist protestors to resent the sculpture. During Occupy Wall Street, the bull became a mascot for greed and corporate corruption.

The most memorable protest came on March 7th, 2017. Overnight, a statue of a little girl was placed in front of the bull. Known as the Fearless Girl, the statue stands 50 inches tall and connotes innocence, chastity, and women’s empowerment. It was commissioned by State Street Global Advisors, a Boston based asset manager, and created by American sculptor, Kristen Visbal. Soon after the Fearless Girl was placed in front of the bull, Di Modica asked that the statue be removed. He claimed that the statue manipulated his work for commercial purposes and changed the meaning of the bull. He called the Fearless Girl space “an advertising trick,” threatening to take the dispute to court.

In November 2018, the Fearless Girl was moved to in front of the NYSE, where the bull originally stood. In the statue’s place, there is now a sign that says, “Fearless Girl is on the move to the New York Stock Exchange. Until she’s there, stand for her.” Visitors do just that, as they stand defiantly protesting the bull.

What once was positive can become negative when that perspective is forgotten.

The changing of the bull’s meaning shows that over time, historical perspective shifts. What once was positive can become negative when that perspective is forgotten. I love the original meaning of the bull and the fact that it has, despite controversies, managed to stay where it’s been since 1989. Not many works of art can boast such a feat. The Bull of Wall Street’s longevity is likely due to its continued relevance, despite shifting perceptions. To me, the bull signifies economic hope, strength, and prosperity. Whether you appreciate it, or you hate it, it’s here to stay. This is how I learned to love the Charging Bull. 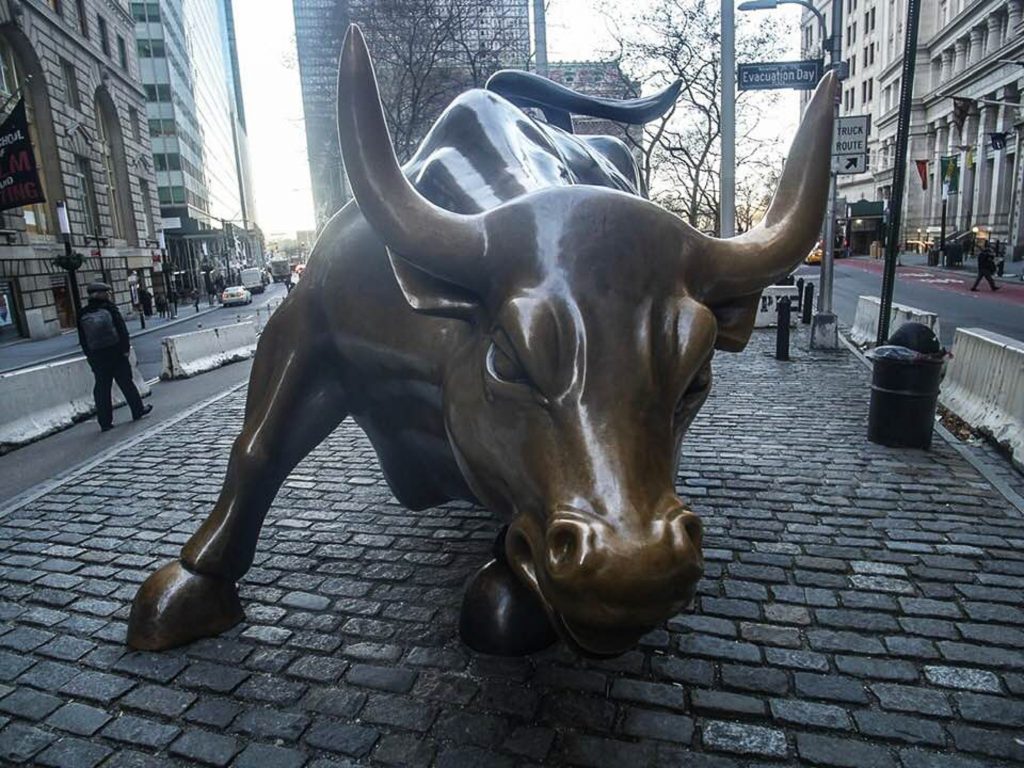 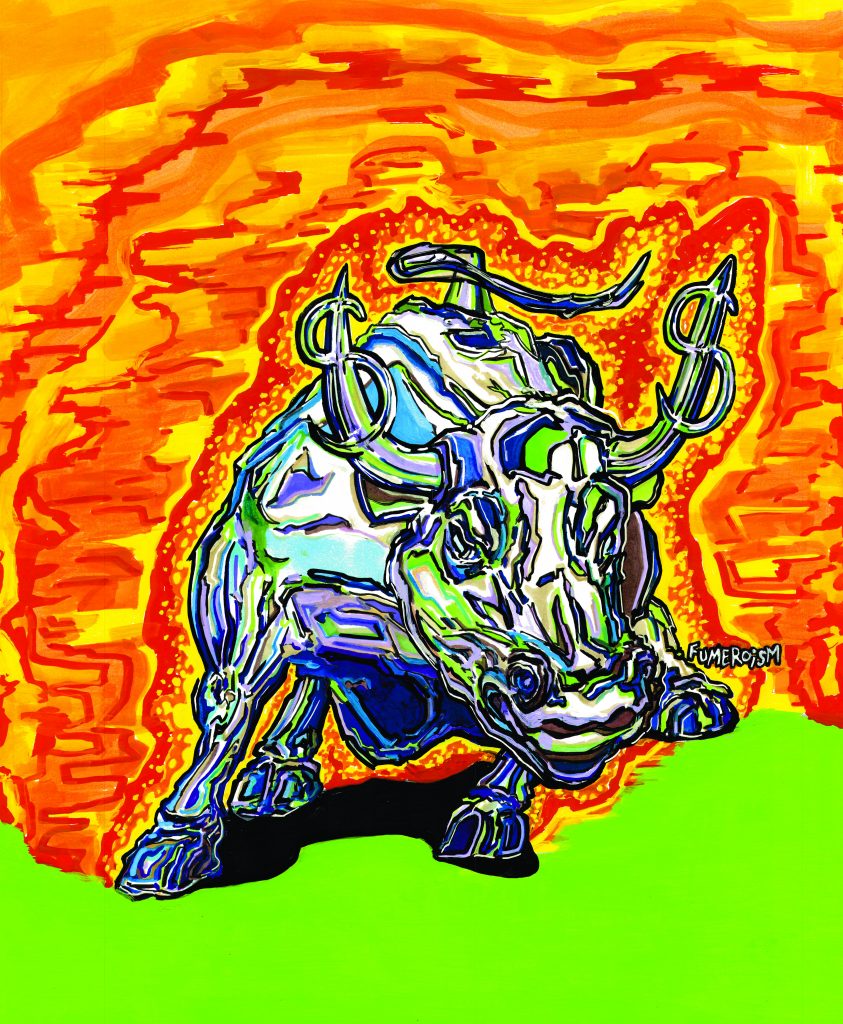 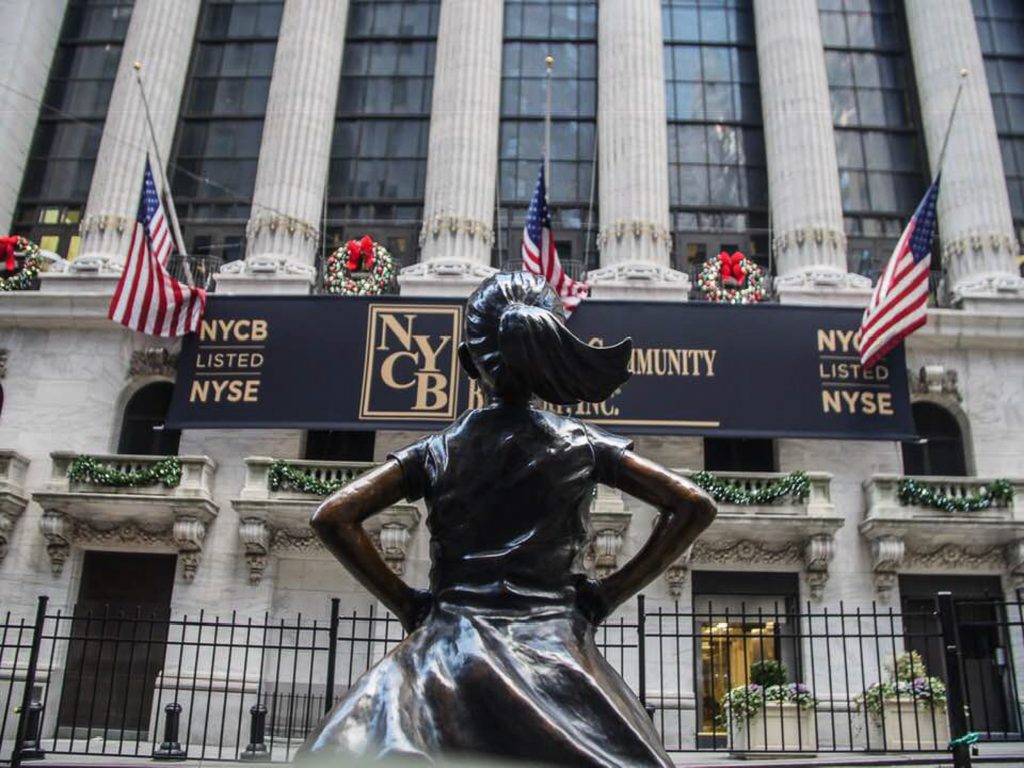 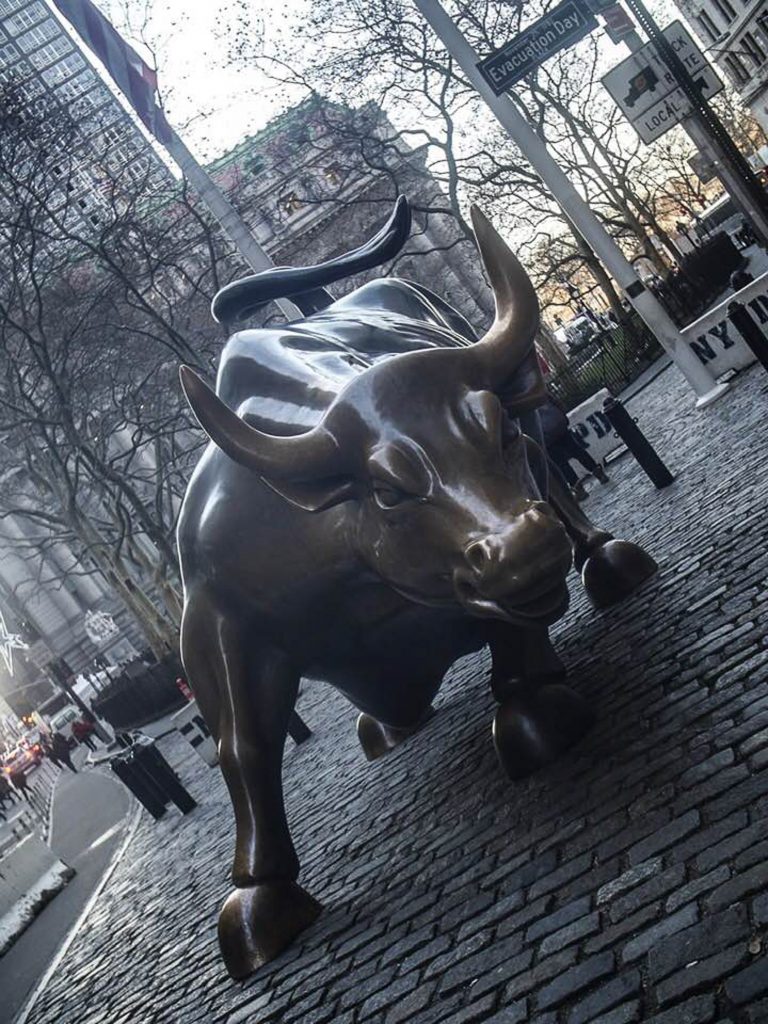