Josie Woods: Fuck Around and Find Out Why

The New York City art scene is an attraction for creatives all over the world, and there is never a shortage in the new talent you will meet. Back in early 2021, indoor dining restrictions were beginning to lift and I found myself at a Sour Mouse art event in the Lower East Side. It was invigorating to see all the old faces again, but even more exciting to see the fresh wave of artists on the rise. Josie Woods was one of these ambitious new artists that I was thrilled to have been introduced to.

In the months since, Josie has become a close friend. It’s been such a trip to see her artwork evolve and her confidence soar. As evidenced in her mantra of “fuck around and find out,” she proves that taking risks is necessary to thrive and get the visibility you need in this artist-saturated city. She has gone a long way from live painting outside antique stores in Arizona, to having her first solo show in New York City… at a bar sporting her very own name.

Woods has always been a creative at heart, but like many, she began to really embrace her artistic side during the height of the COVID-19 pandemic. As a young girl, she found art as an exciting new medium to explore. From drawing to painting, her interest peaked, but was unfortunately left on hold to focus her attention to a changing home life. This overlap of distressing life events and artistic interests began to lump together in her mind, which ultimately led Woods to associate her young artistic awakening to the initial crack in her familial bonds. She sadly decided to put down her paintbrush for years of her childhood, and well into her adolescence.

“I painted a lot when I was little, but as I got older, I had experienced some traumatic events which I unfortunately began associating with painting. I just didn’t want to do it at all at one point. By the time I started painting again, it was during COVID. It was around July 2020 and I was trying not to paint… but everything in my body was telling me to.” 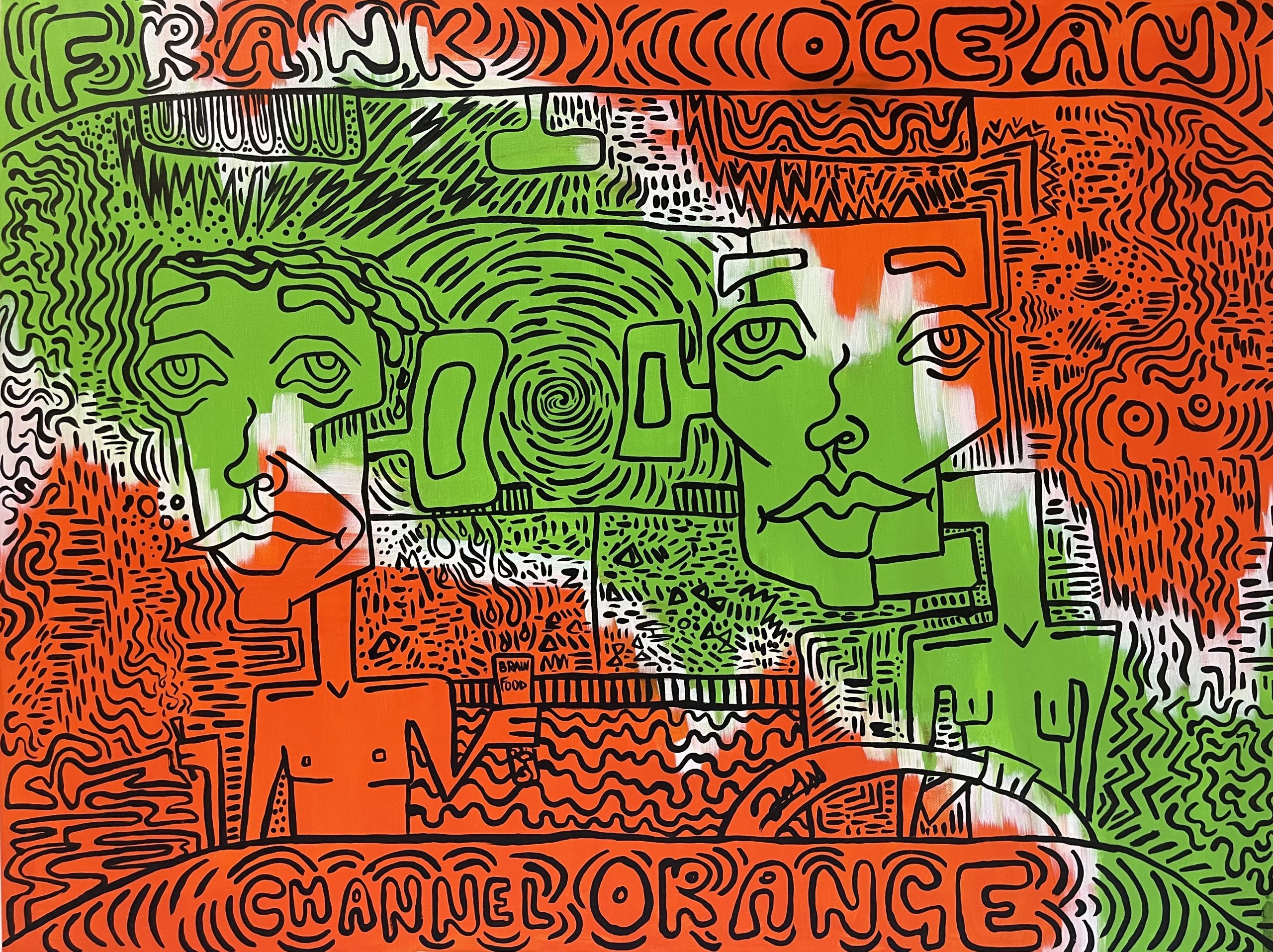 “I painted a lot when I was little, but as I got older, I had experienced some traumatic events which I unfortunately began associating with painting. I just didn’t want to do it at all at one point. By the time I started painting again, it was during COVID. It was around July 2020 and I was trying not to paint… but everything in my body was telling me to.”

Fortunately, the paintbrush wasn’t put away for too long. During COVID in 2020, Woods began her second artistic awakening. From once being a source of trauma and bad memories, art had quickly transformed into a form of expression and therapy during an extremely trying time.

She has built renown around her colorful, slightly abstract characters, which she has been creating within a flood of new paintings. However, only after chatting with Woods one-on-one, did I learn the real story behind her intriguing faces.

Growing up with separated parents, Woods would split up her time between her mother and father in Scottsdale, Arizona. Unfortunately, a sense of alienation eventually developed between her and her father. A serious break in their relationship solidified after he kicked her out at age 13. 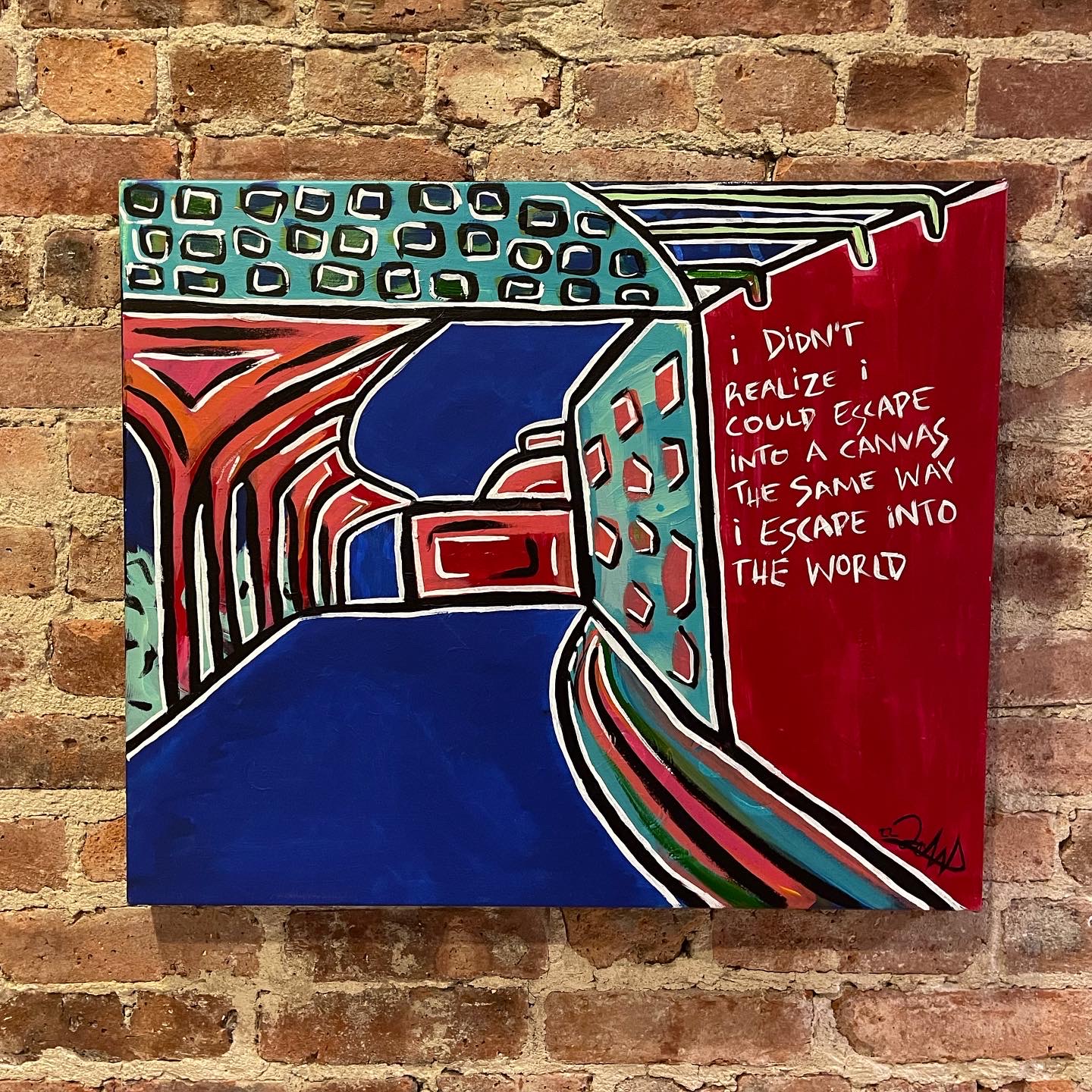 “Once I finally started painting again, it felt rather cathartic.”

“This is when I had stopped creating art. Once I finally started painting again, it felt rather cathartic, but it also brought back some PTSD from living with my dad as a kid… It wasn’t until I [spoke to my older sister] after I moved to NYC that she was like, “You know, your characters look a lot like dad.”

From that point of self-realization, Woods began expertly morphing her paintings into self-portraits. Woods’s pieces still maintain their old bones, paying homage to their original, subconscious paternal muse. However, by adding small feminine details like eyelashes, lips, and breasts, Woods embraces the fact that although she is a product of her parents, she has the power to transform her work into reflections of her own individuality and growth.

“I realized that at the end of the day, I am a product of [my father]. I had to embrace that shadow side of myself. I thought the best way to [shift the subject of my art] would be to make my characters more feminine; make them be more reminiscent of me as opposed to him.”

Since then, Woods’s work has been showcased in a variety of venues throughout the New York City area, including a solo show at the fittingly named, Josie Wood’s Pub. This event celebrated her rise in the NYC art scene; from just an Arizona girl, to one of the youngest artists showing on our gallery walls. A great medley of artistic peers, bar goers, and proud family members filled the space and her pockets with sales of prints and merch alike.

Beyond her canvas works, you can also find her work scribbled on everything from bar napkins to bathroom stalls to the forearm of yours truly. A huge part of her artistic identity has paid homage to the bombing culture she has grown to appreciate throughout the streets of her home in NYC. The only thing that is better than seeing your art in the world is seeing it out in the world over and over and over again; let alone walking down the street on someone else’s skin. 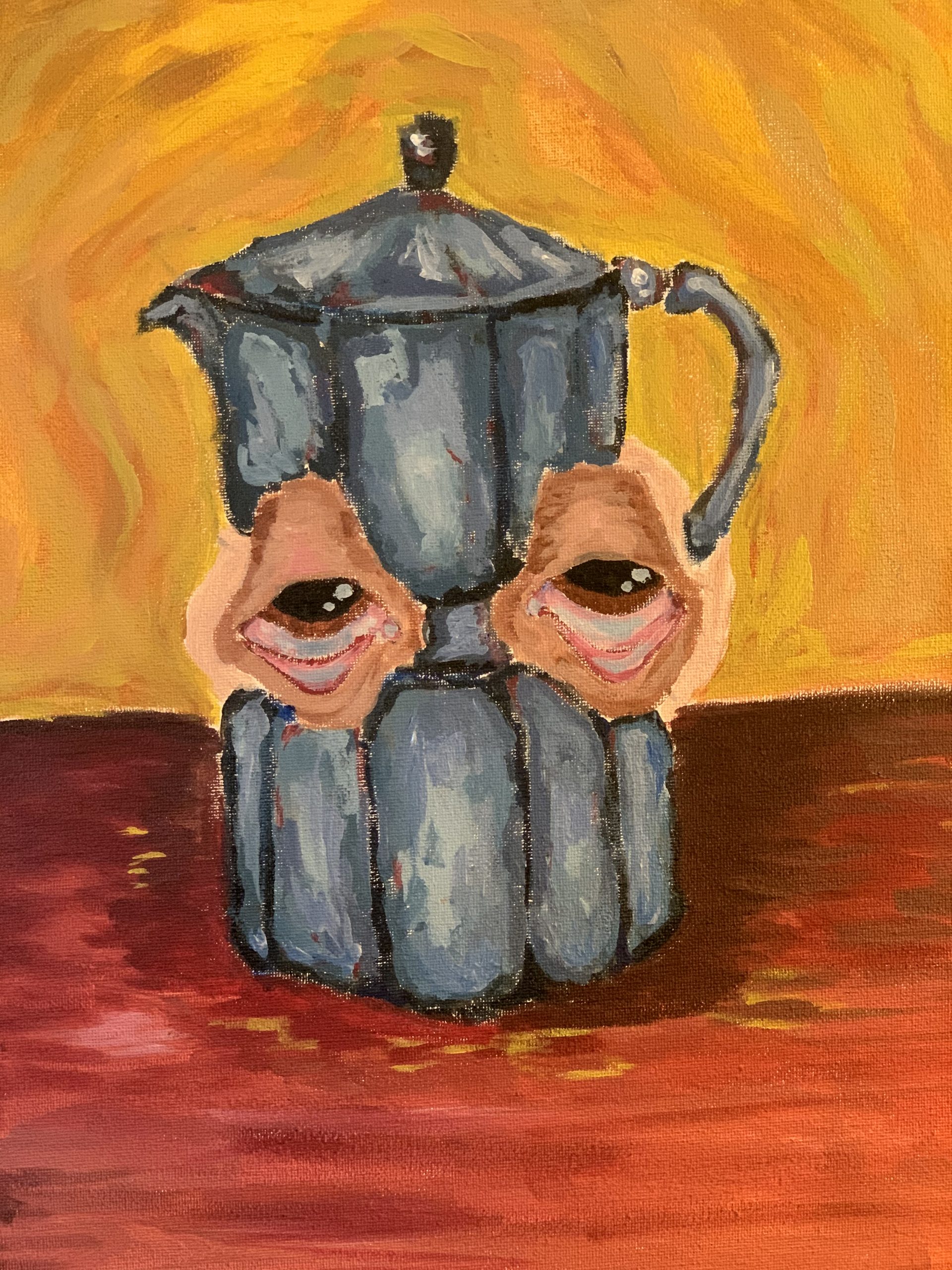 From that first plunge into the NYC art scene, Woods has been making steady waves, but that’s what happens when you have the gall to fuck around and find out.

Vanessa Kreytak is a multimedia artist who specializes in acrylic paintings and community mural work. Not a writer by trade, but reads enough books to want to dabble in it.