On August 14, 2021  a group of aerosol art artists gather to remember and to paint a memorial tribute mural to Kase 2 – The King Of Style in the Bronx, New York. It has been 10 years since his passing. Kase 2 was a pioneering graffiti style master.  A member of the prolific aerosol art crew The Fantastic Partners that was founded in the Bronx, NY in 1973.  Butch 2 TFP a writer who was painting whole subway car at the age of 12 brought Kase 2 into The Fantastic Partners. The duo Butch 2 and Kase 2 would later paint many whole subway cars together.

Kase 2 grew up in The Bronx at the dawn of Hip Hop Culture. In his early teens he was in a subway accident where he was injured, which lead to one of his arms being remove. Kase 2 like to draw as kid and when he was introduce to graffiti arts.  He aspired to be the best and he was consider to be the best by many of his peers. Thus self proclaiming himself to be the King Of Style. Kase 2 was featured in the seminal movie “Style Wars.”  Although there are many pictures of his art on subway cars and videos of him speaking straight forward on why he is the King Of Style and his computer rock method that only a few could read the letter writing. That through my research I haven’t been able to find many paintings on canvas or otherwise of Kase 2 art worked.  In the photo gallery are images of the artists and friends of Kase 2 who came out to painted the mural.  Butch 2 , The Fantastic Partners REE 2, Mad Transit Artist, Chain 3, The Magnificent Team, Slave and Doc 109, The Fabulous Five, Will Power, Ex-Vandals, Clyde and Keon are all pioneer of graffiti arts. Kase 2 Memorial Tribute was fitting for the King Of Style. 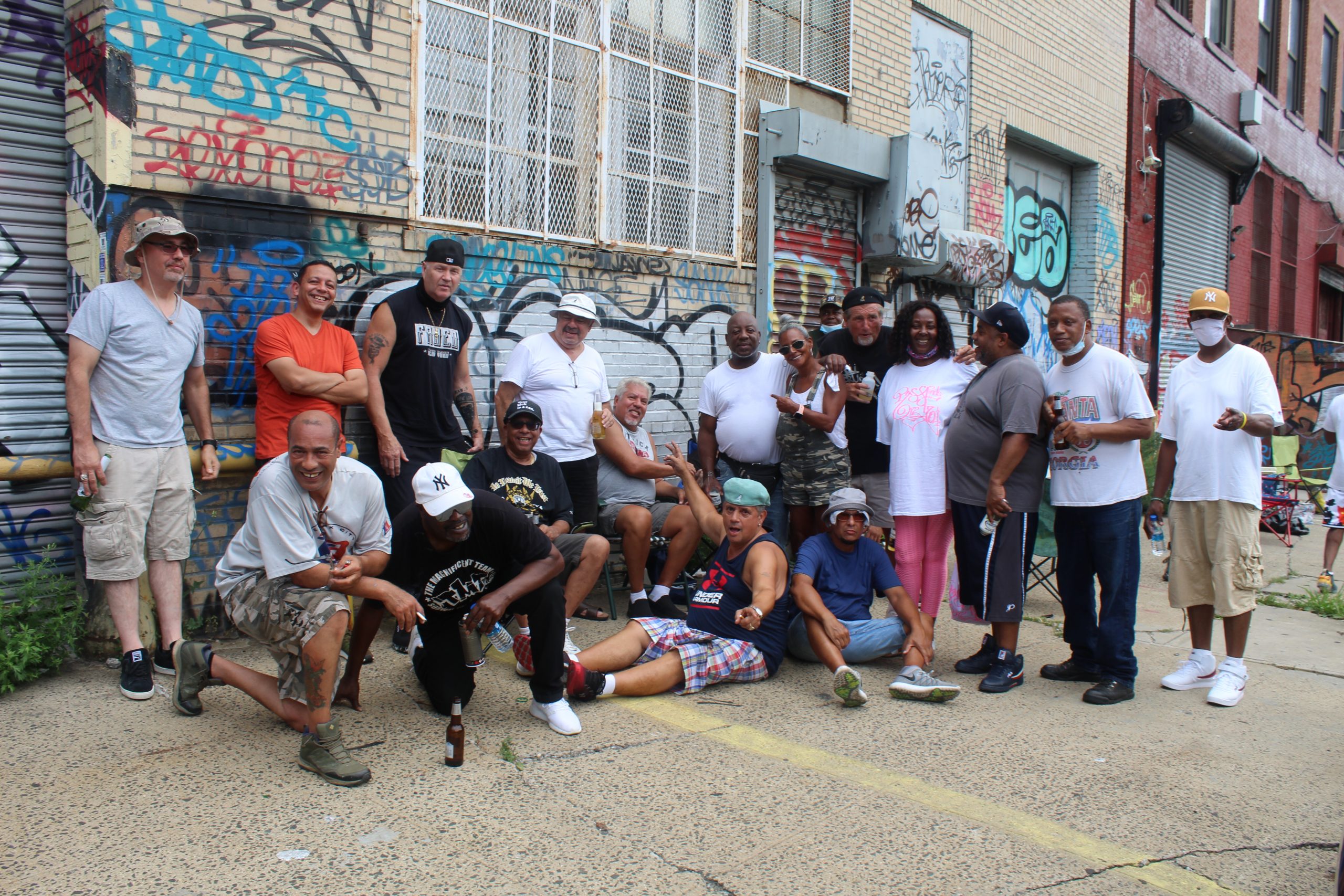 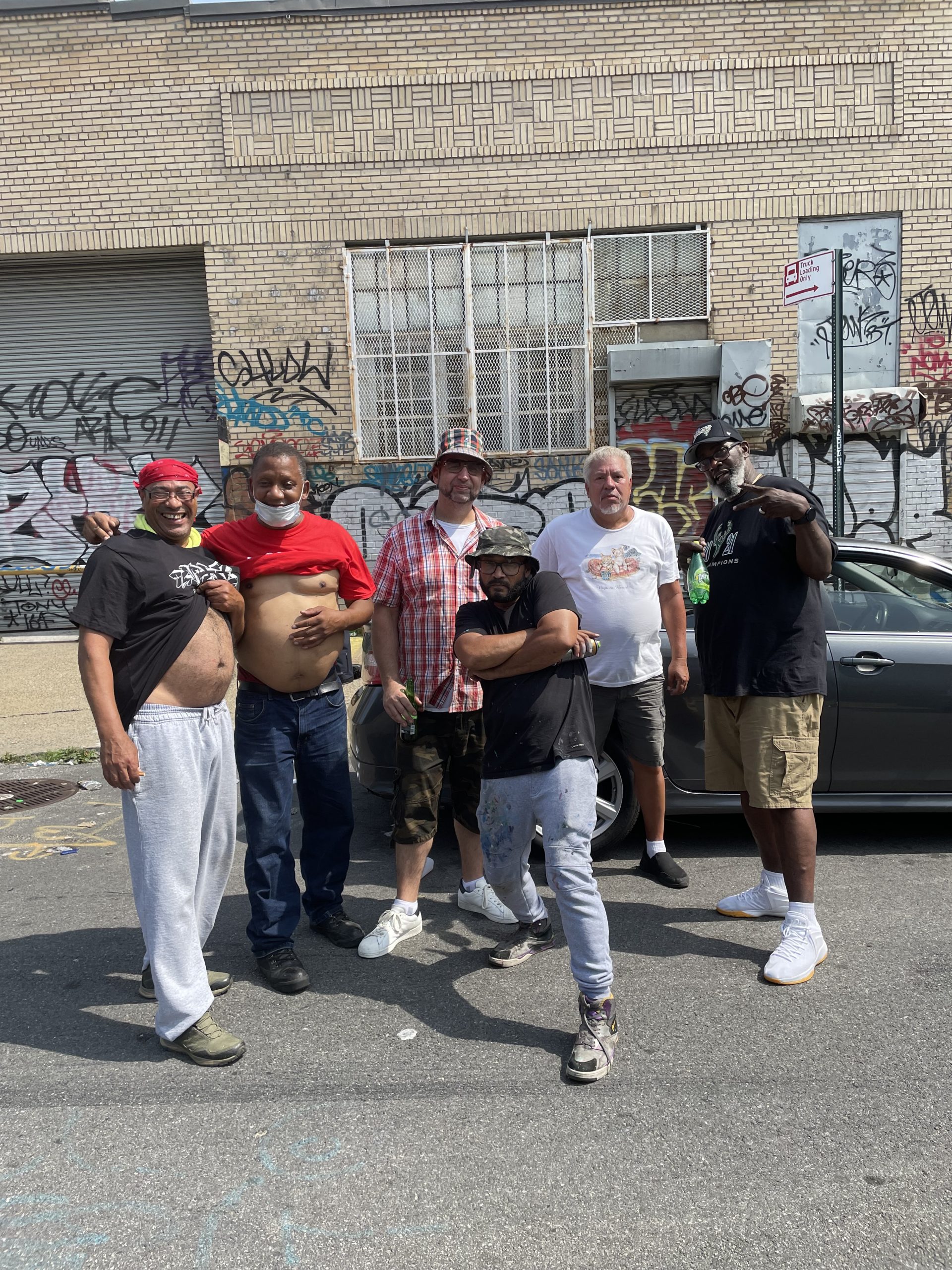 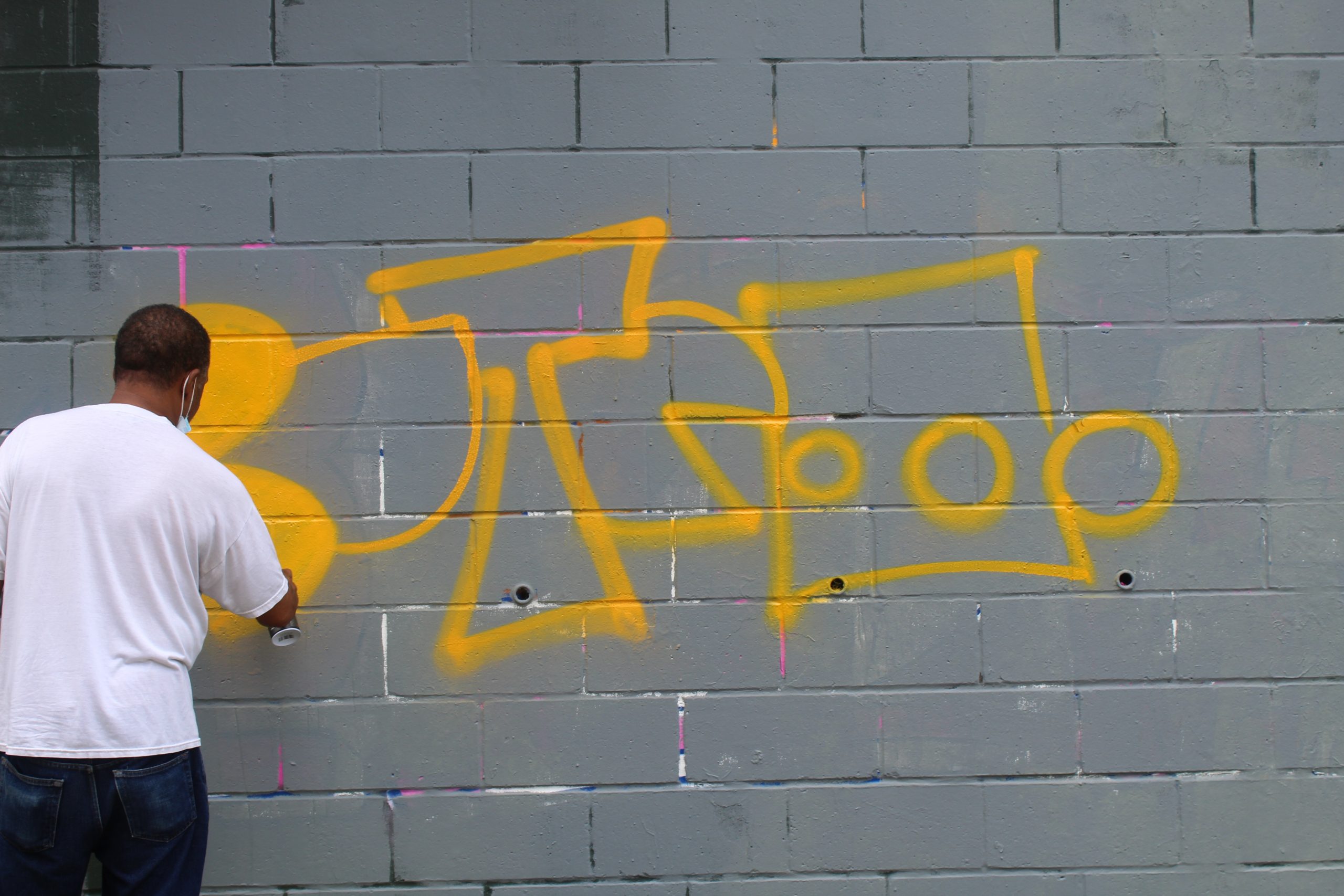 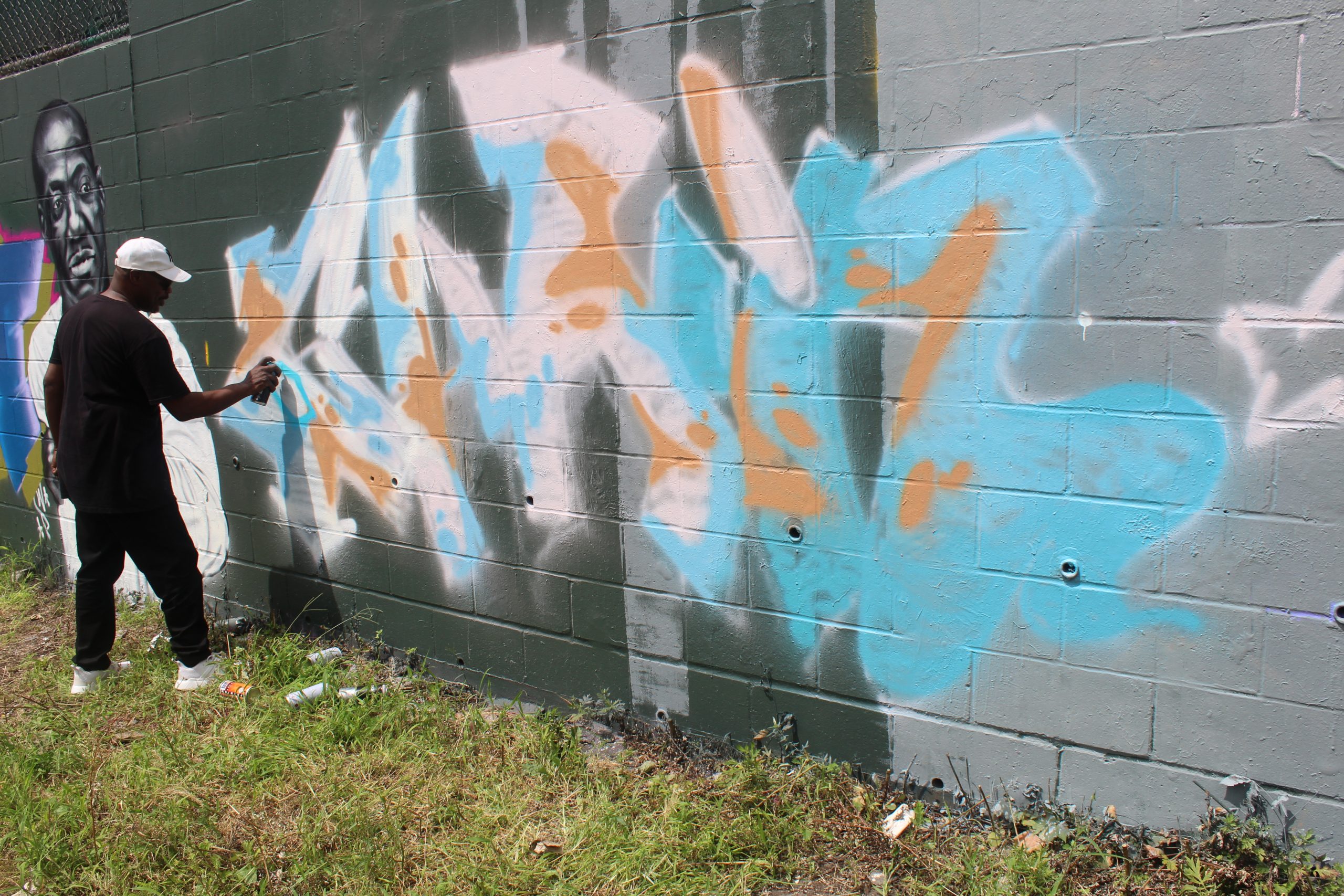 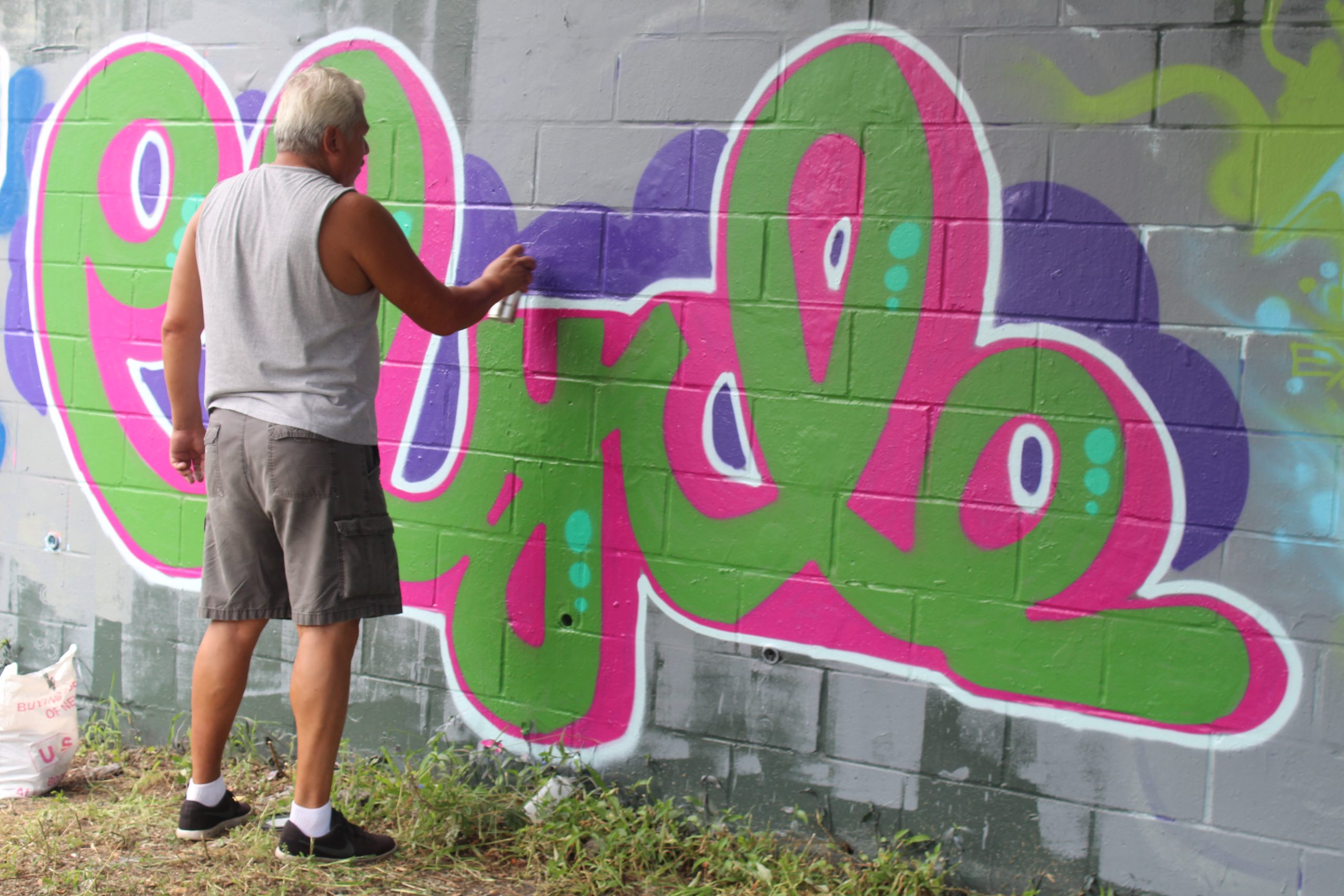 Panoramic shot of the whole mural 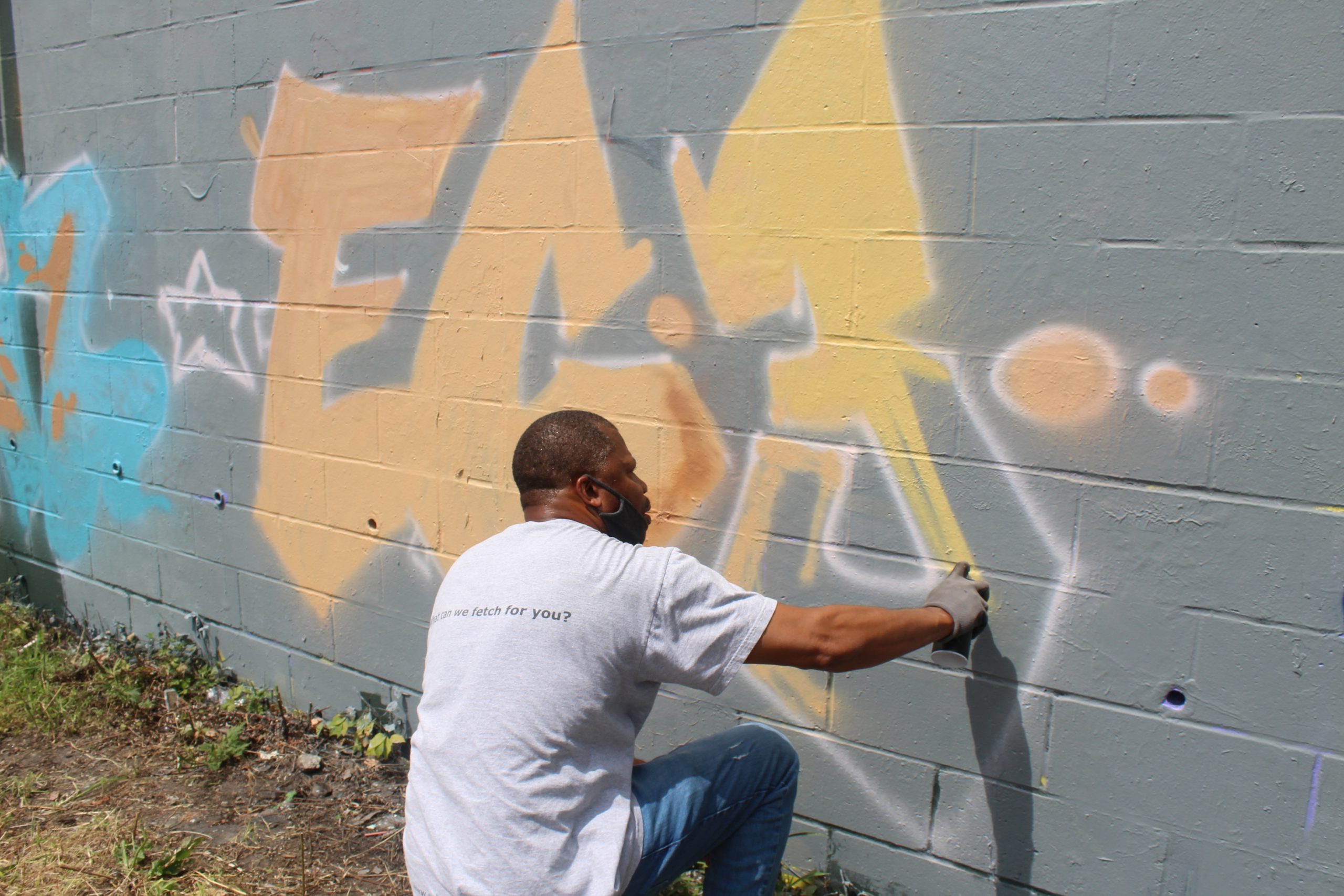 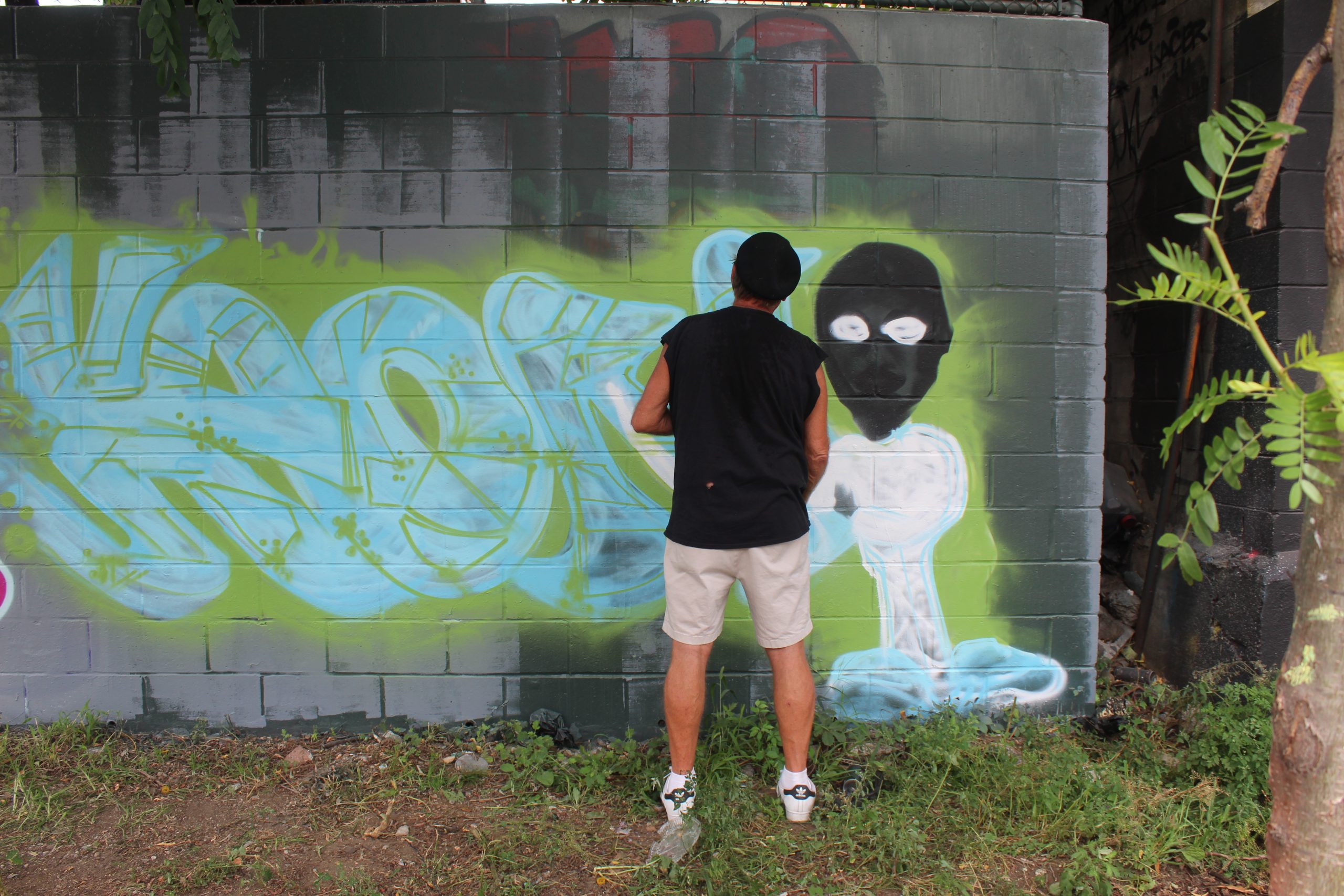 Images of the whole mural 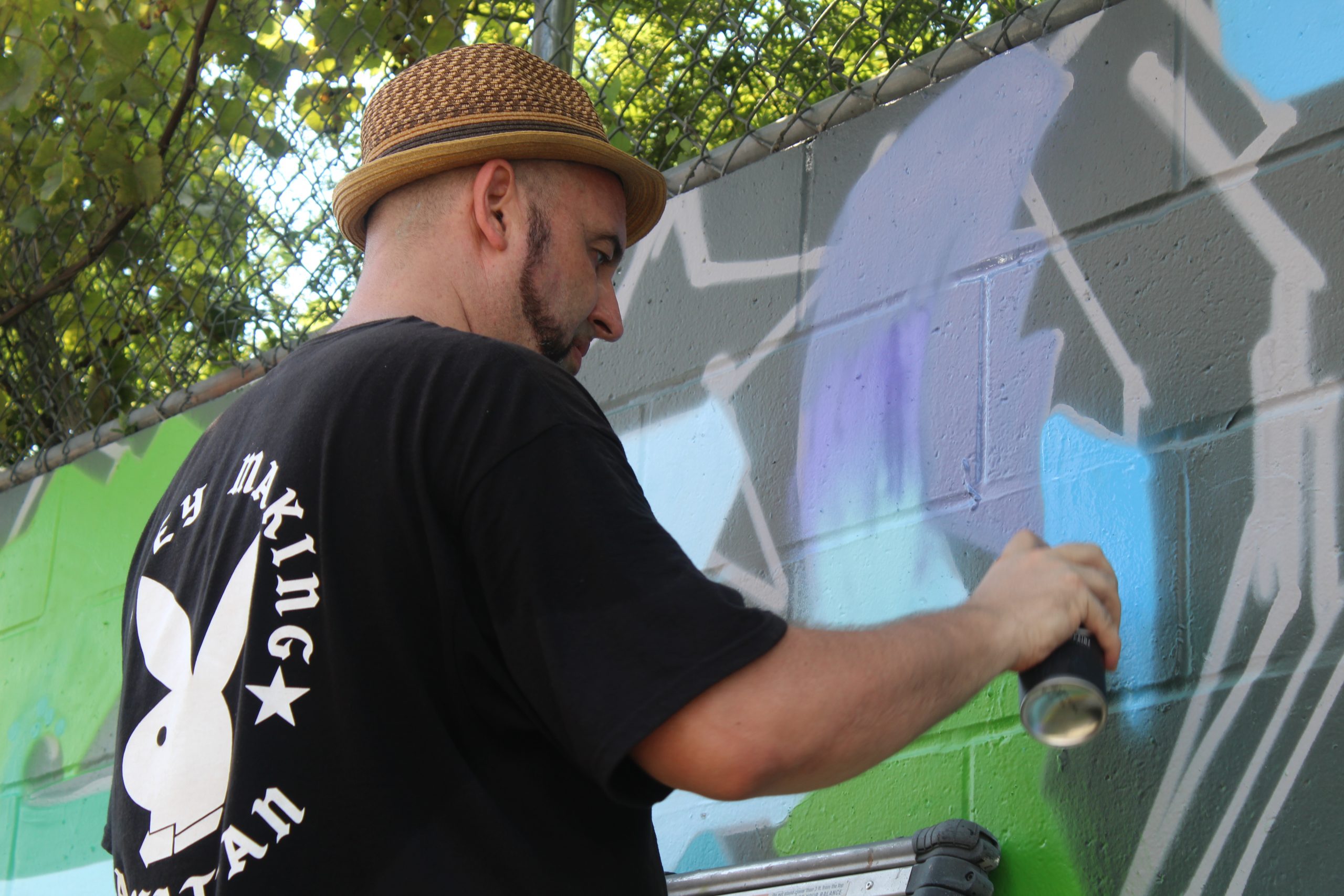 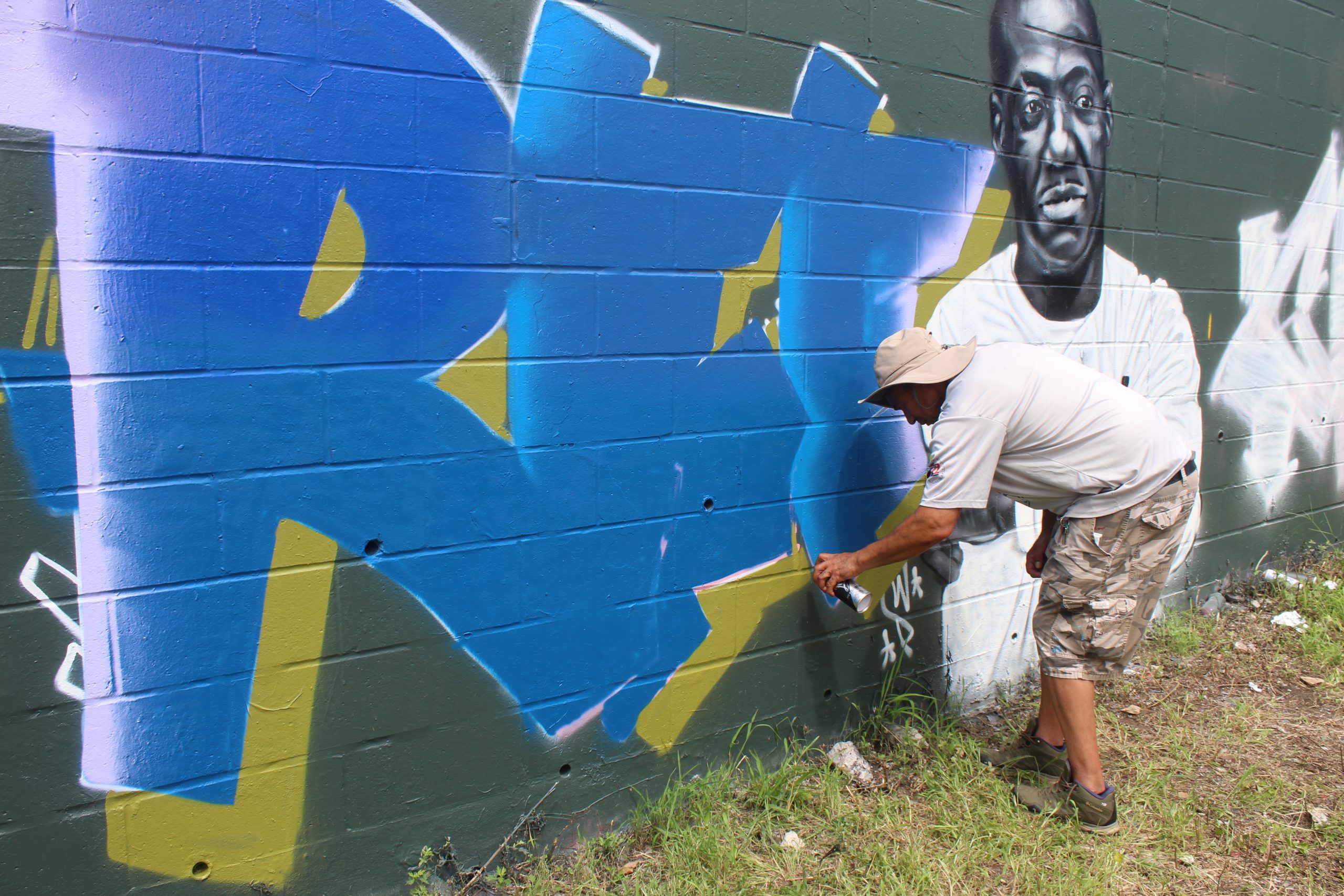 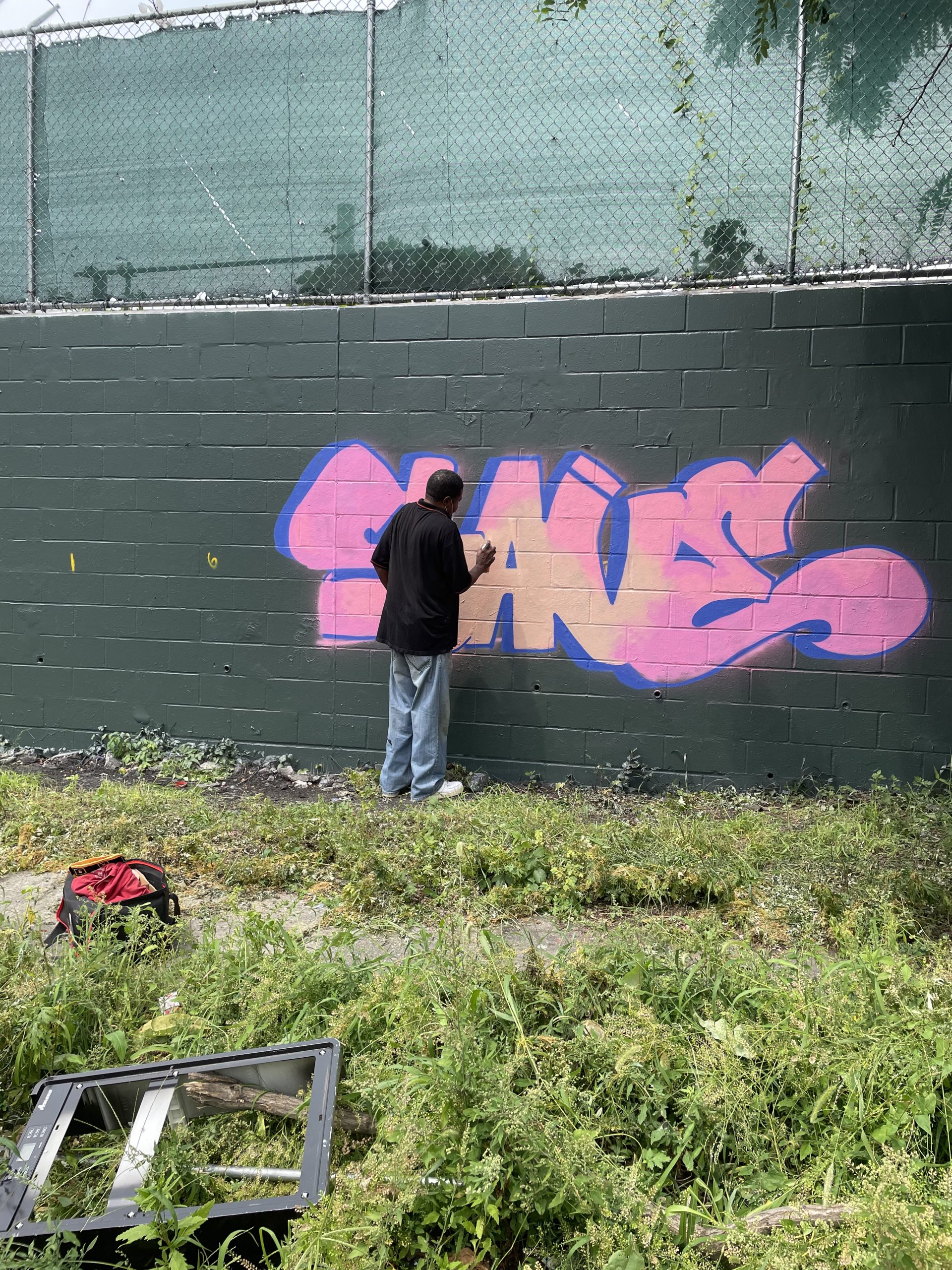 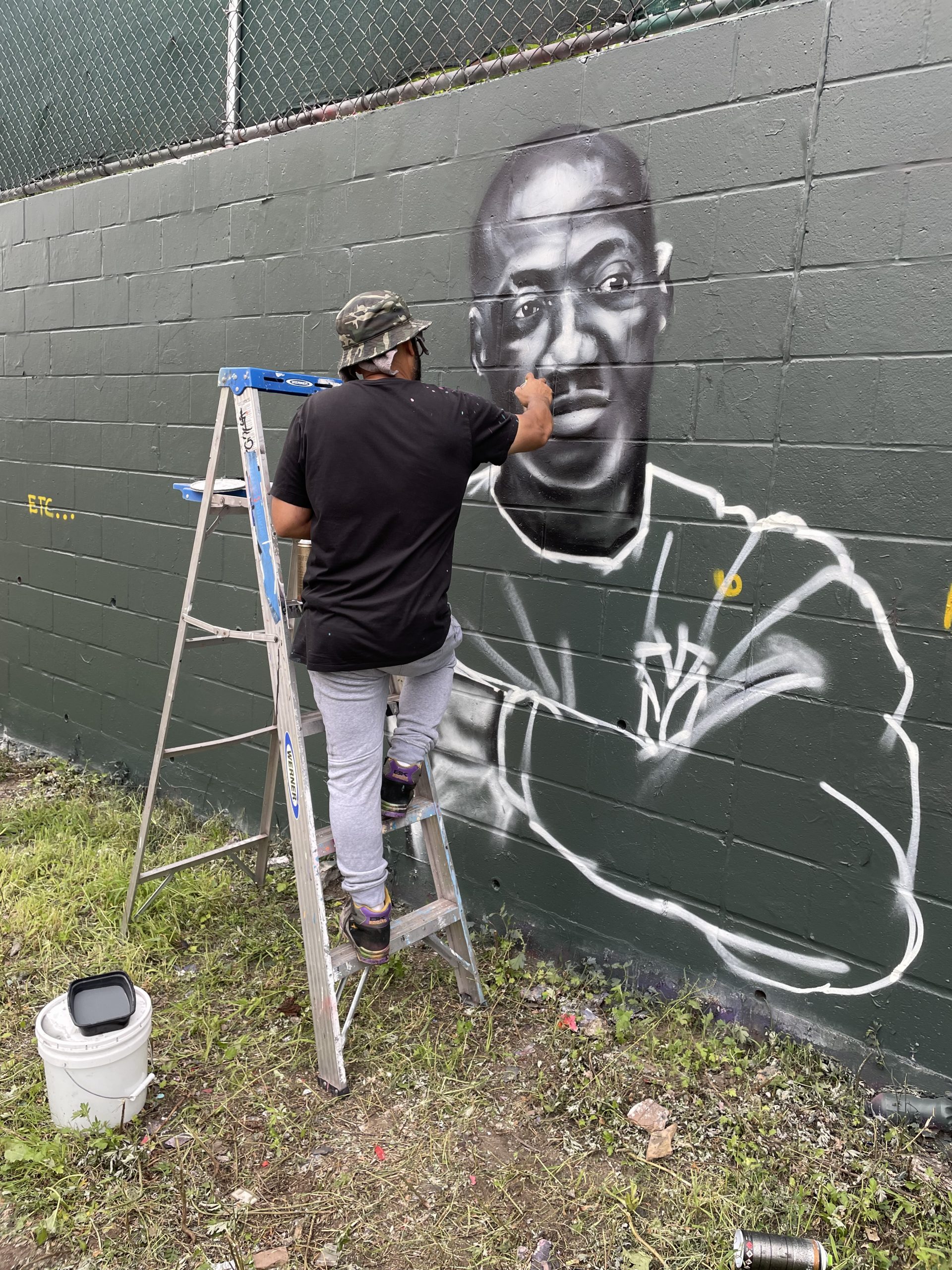 Kurt Boone is a freelance writer and author. He is most noted for his work documenting street cultures. Some of his books are “Asphalt Warrior: The Story Of New York City Fastest Messenger,” “The Culture Of Messenger Bags,” “Aerosol Art Culture: A Day At Graffiti Hall Of Fame,” and “Fresh Plywood NYC: Artists Rising Up In Age Of Black Lives Matter.”