Get Lost in the City with Santiago Villegas

In 2015, a rat dragged an oily slice of pizza down the stairs of a New York City subway station. The viral “pizza rat” video spread across the internet as a combination of somewhat unsavory New York aesthetics: the long, wide slice lathered with cheese, the subway stairs dotted with black, dried spots of chewing gum, and a little creature holding on for dear life to something much larger than him. 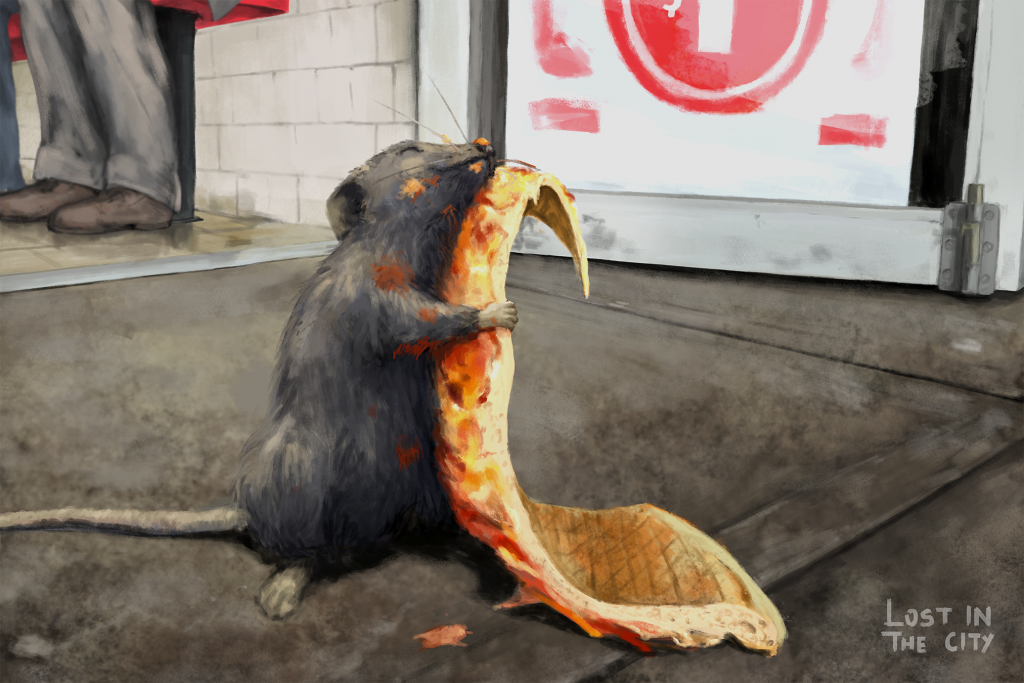 When multimedia artist Santiago Villegas moved to New York from Colombia, he found that he identified with the rat. He had left a program studying mathematics and come to the United States for an art convention in California, spent some time in Florida, then ended up in New York. Now the miniscule rat stickers are the protagonists of his 2020 art movement “Lost in the City,” and adorn poles across downtown Manhattan. What Villegas found resonant in the rats was not the tenacity or ruthlessness of so-called trash-eating vermin, but their smallness and helplessness. “My pieces are about how tiny I feel in the city,” he said. The rats convey both a sense of wonder and a timidity at the stairways and subway grates of the world around them.

“My pieces are about how tiny I feel in the city,” he said. The rats convey both a sense of wonder and a timidity at the stairways and subway grates of the world around them.

Villegas’ interpretation of the pizza rat is not haphazardly dragging a slice of pizza up a staircase, but instead nuzzling it affectionately. It adds a sense of empathy for a creature that is at best portrayed as conniving and hard-hearted and at worst villainous and disease-ridden. His rats’ lush digital coloring creates a whimsical and eye-catching design. They face the viewers with wide, dark eyes and knowing smiles. One of my favorites is a rat in the famous Anthora coffee-cup, droplets of black coffee in its fur as it peers out over the edge. Knowing Villegas’ vision, the rat submerged in an iconic New York pop culture symbol feels fitting.

“The rat has a simple life,” he said. “No past, no future. He’s just in the moment, enjoying simple things. The rat represents me and how I feel about the city, but it’s also a little bit of escapism.”

“The rat has a simple life,” he said. “No past, no future. He’s just in the moment, enjoying simple things. The rat represents me and how I feel about the city, but it’s also a little bit of escapism.” Villegas initially described himself as a “stay at home on my computer type of artist” whose main artistic interest is high fantasy illustration. Though the rats of “Lost in the City” might not seem connected to wizards and mages, they have a surprising tie to the fantasy card game Magic: The Gathering. Villegas said a card called ‘Totally Lost’ was an inspiration for his rat illustrations. 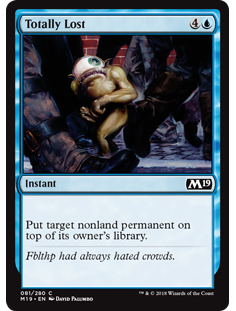 The card features a rat-sized homunculus cowering beneath the steel-toed feet of enormous humans, one large green eye looking wistfully up between the menacing legs. The caption? Fblthp always hated crowds. One of Villegas’ early “Lost in the City” paintings re-interprets the scene to be a rat between commuters’ feet at a subway entrance, using a similar grey and brown color palette. “I’m happy I was able to capture the feelings people have about New York,” Villegas said. “The art is one of the things I love about New York, so I’m glad I was able to contribute to it.” 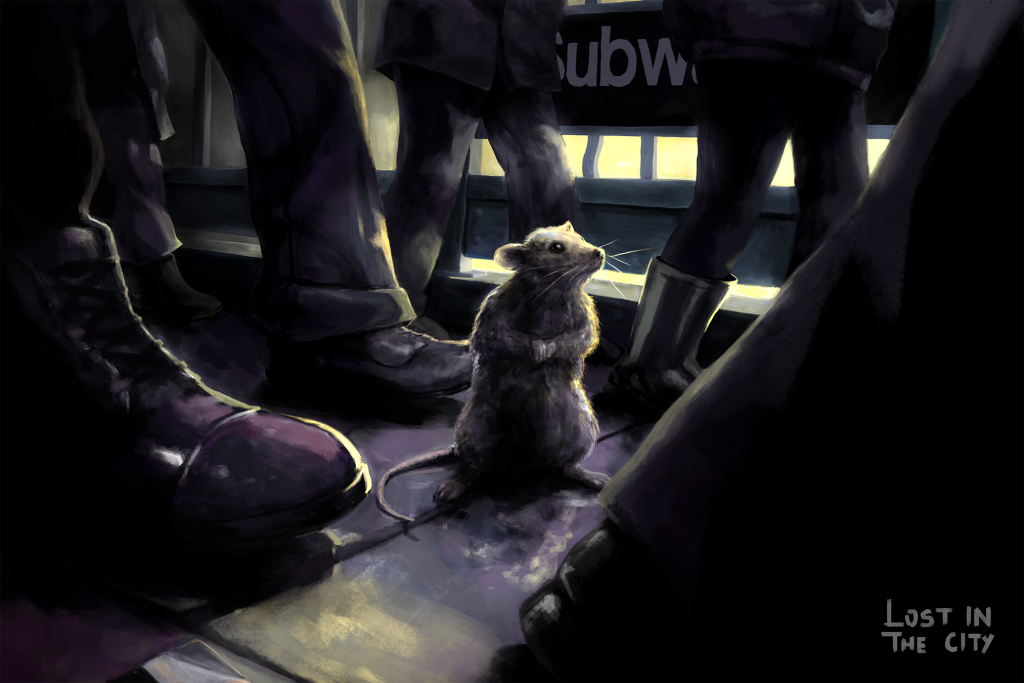 Full disclosure, I am a lifelong New Yorker and always have a bit of a chip on my shoulder about the seemingly endless portrayals of my hometown as somewhere other people find their dreams. But Villegas’ work is so earnest and so genuine that it softened even my bristly New Yorker heart. They capture something universal, a feeling of being an outsider and desiring a more wholesome life in a cruel world. And his rats are a point of connection for both other artists and fans on social media. “It’s only been six months since I started doing street art,” Villegas said. “I’m still introverted, but I really like the vibe and the social component.” 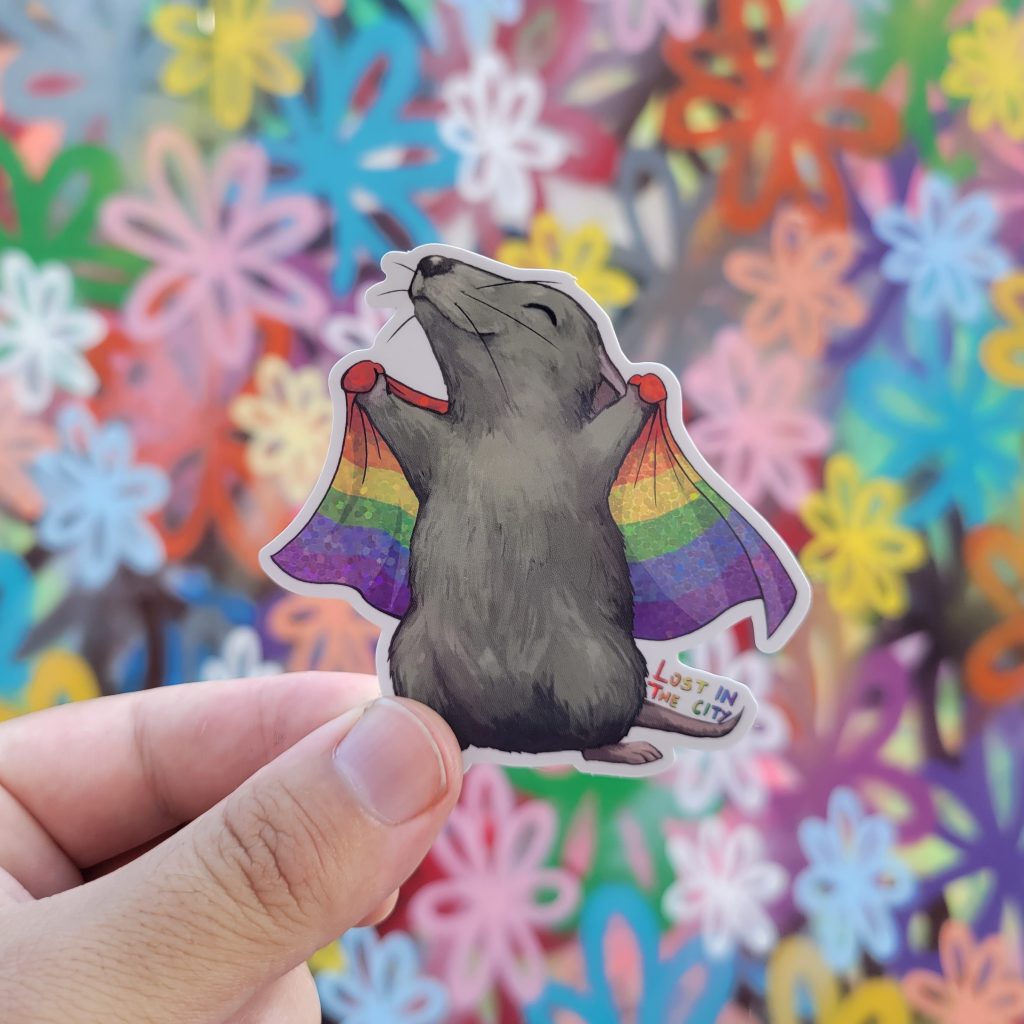 Villegas’ rats have expanded to include a rat with a glittering pride flag, a rat encouraging viewers to get the COVID-19 vaccine, a rat in a Chinese takeout container, a rat surrounded by flowers with a butterfly tickling its nose, and more. He photographs his stickers in front of recognizable locations like the Oculus, the lanterns on Mott St in Chinatown, the High Line, or the Washington Square Arch. Looking at the rats in front of these looming structures and winding streets, you realize how sprawling and overwhelming New York really is. “My favorite place to put stickers now is SoHo,” he told me. “I get to see my stickers next to other artists like SacSix and Calicho. When the big murals were up in SoHo [during mid-2020] I was working full-time in a restaurant and didn’t have time to participate. So I’m glad that I can now.”

“When I first wanted to be a scientist, it was towards the goal of wanting to teach, so I’d like to share that with other people,” he said.

What’s next for Villegas? “I think Lost in the City would lend itself really well to a children’s book,” he said. It’s easy to imagine a story about how it’s okay to be small in a big, fast-paced world would resonate with kids. He has a Patreon page which he hopes will help him gain a bigger following. It offers $2, $5, and $12 tiers for patrons which will get them free stickers, discount codes, and the ability to vote on new art. Villegas describes his Patreon in an Instagram caption as a place to “celebrate our love for small rats and big cities.” Though working multiple gigs and crowdfunding is something some might be discouraged by, Villegas only laughed and said, “It’s a blessing and a curse to want to do a lot of stuff. I have a situation where I can make music, art, videos, and children’s books.” 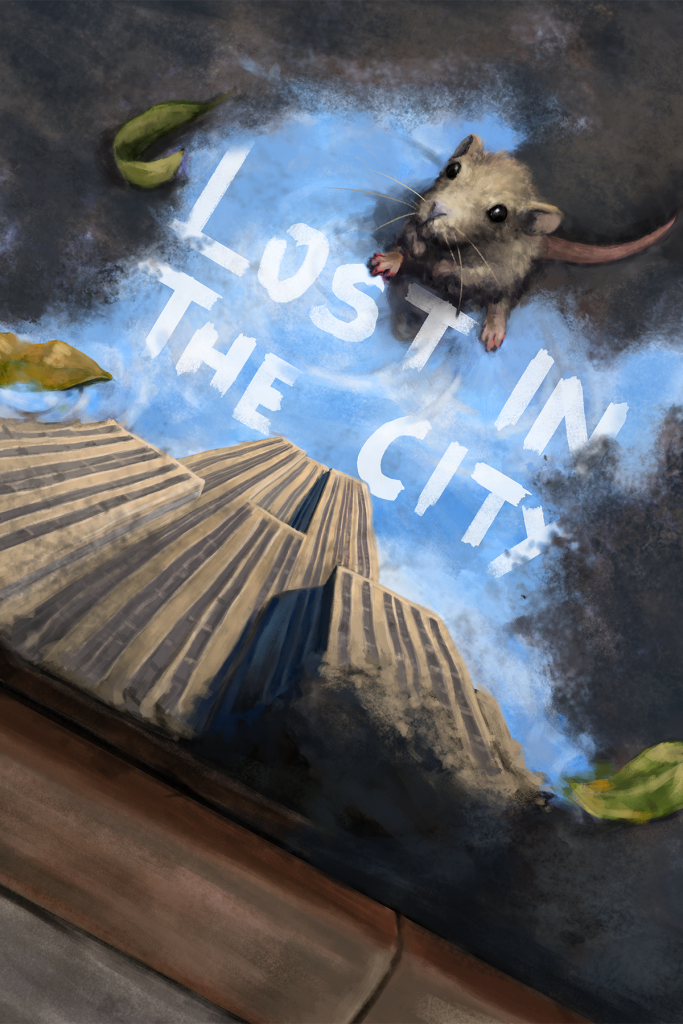 In the future, he would like to add educational videos to teach the art techniques he uses. “When I first wanted to be a scientist, it was towards the goal of wanting to teach, so I’d like to share that with other people,” he said. Villegas’ work is imbued with that desire to share and educate, and a warmth and empathy that certainly could certainly be at home in a classroom. “It took me awhile to take myself seriously enough to put myself in the public eye,” he remarked. We are all the better for the fact that he did. Next time I see a rat scuttling by underneath a park bench, I’ll wonder where he’s going and hope he finds some comfort in a world much bigger than him. 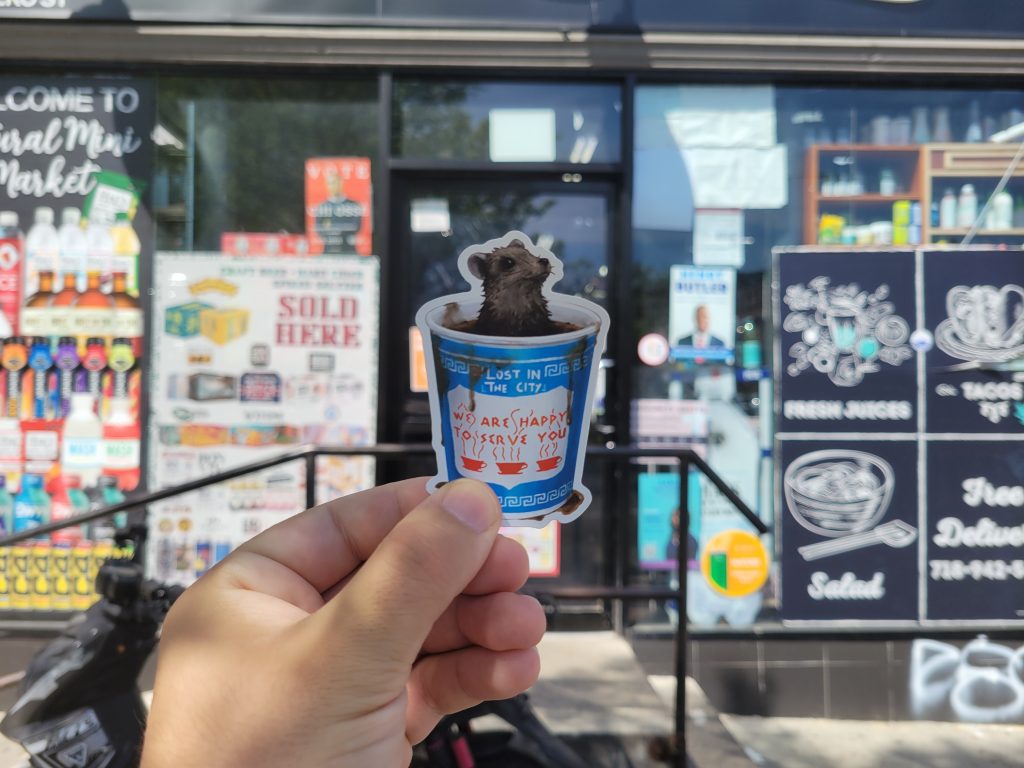