When I first spotted Henning Marten Feil he was sitting alone on Knickerbocker Ave. Just the day before, he’d finished a mural that covered the security gate of 3rd Ethos Gallery. He gazed at his work, finishing a cigarette. T.K. and I approached as he put out his smoke and smiled. I was nervous; I’d only known Feil as “Norbert”, his mysterious alter ego. I was expecting a mask or at least some futuristic garb. But I was greeted by a man with a kind face, dressed in sweats and sneakers. We chatted about his recent arrival in New York, snapped a few photos, and waited eagerly to head into the gallery for a preview of the show.

Something about his delicate, meticulous brushwork indicated a somatic thoughtfulness often missing in contemporary art.

Feil is a brilliant colorist. I was immediately drawn to the brightest piece in the room, a soft aquatic scene featuring hot pink shell-like objects in the foreground. His sci-fi influences and maritime themes were perfectly rendered in beautiful, rich hues. I didn’t know much about his work prior, and I was intrigued. Though his style wasn’t one I’d typically be attracted to, it told a story. Something about his delicate, meticulous brushwork indicated a somatic thoughtfulness often missing in contemporary art.

We moved quickly and informally through the gallery. I’m always anxious to view work in the artist’s presence; worried I won’t “get it” the way they’d hoped, or I’ll say the wrong thing. Feil welcomed my observations and laughed at my attraction to the pink piece, “that one’s for the girls.”

Afterwards, we headed to the back courtyard to soak up the sun while we discussed his background, influences and the story behind his character, “Norbert”.

“I realized there were spray cans.” Then, he explained, “my graffiti career had already started.”

Feil grew up in West Germany and began his artistic pursuits in kindergarten, inspired by his grandmother, a religious sculptor. His eyes were bright when he described her influence; he believes his talent came directly from her guidance. Feil described his transition to street art with six simple words:

“I realized there were spray cans.” Then, he explained, “my graffiti career had already started.”

Over sushi and cigarettes, we discussed the progression of his career. After discovering graffiti, Feil began painting on anything and everything he could find. Focused on ‘getting up’, he directed his attention toward walls and trains, anything big and illegal. He only recently began exhibiting, shifting his focus from graffiti to street and gallery art. When I asked him about this shift, he said, “I’m getting older. I have to paint more legal stuff. Plus, in the winter, I prefer painting inside.”

I jumped right to the question that was on my mind from the beginning: where did Norbert 3000 come from?

When Norbert landed on Earth he was filled with rage and disgust for the human race. He couldn’t understand propensity towards violence and inequality.

Feil explained that Norbert was a nickname that came from an old tag he used in his late teens, and not one he particularly liked. In 2016, he chose Norbert to be the face of his work, a symbol of what he strives to convey. Norbert’s story is a clear, but heavily nuanced promotion of equality and conservation. Feil explained that Norbert is from a star, Nlomsis 76b, in the Sagittarius part of the galaxy. When Norbert landed on Earth he was filled with rage and disgust for the human race. He couldn’t understand propensity towards violence and inequality. He came to show us what we’re doing wrong.

When Feil spoke, I could tell Norbert’s concerns were coming from a place deep within his own psyche. His voice was strained and his words impassioned. It was refreshing to hear from an artist whose message was so clearly intended to directly challenge viewers’ ideals and behaviors. This wasn’t a cushy statement peeled and stuck to a white cube gallery wall. His mission is genuine.

Norbert doesn’t represent where society should be right now, rather what we should strive toward.

When I asked where “3000” came from, Feil was quick to expound. “3000” was added to represent the “next millennia, next generation, next level” in art, science and culture. Not only is his ambition sincere, but realistic as well. Feil knows change can’t happen overnight. Norbert doesn’t represent where society should be right now, rather what we should strive toward.

With Norbert as his protagonist, Feil also has another character heavy with symbolism in his work. The shell I was so drawn to before appears frequently in his paintings. Feil told me it’s called a nautilus, and it’s one of his “main characters.”

“Even that animal is space-y, alien looking. It’s a nice element because I can change it all the time, you know?”

But the nautilus is more than just a pretty object that fits well with his subject matter. It reflects Feil’s passion for conservation. He describes his work as a social critique:

“It’s important for me to say save the oceans because they’re over 200 million years old and we, humans, have tried to destroy them in the past 100 years. What I want to say with Norbert and the nautilus is that we are bad. Humanity, mankind, is a bad and stupid species at times. We say we’re intelligent but we’re not. If we were intelligent, we’d save our only home, planet earth. If we continue to live the way we do, there will be no other generations on this planet because there will be no planet to live on.”

Feil was particularly animated when discussing his love for sci-fi movies and fiction, specifically Star Wars. He said he’d always been influenced by futuristic, space-age media, but only started painting in this style a few years ago.

“I like it, so I think I’ll just go on painting that way for a while.”

He also noted artists such as Okano Masato (who has also painted at 3rd Ethos), Kobra and Inti as influences. He said he loves German graffiti lettering, but there are far too many German artists to count.

As a nascent artist myself, I was excited when he chose to end our chat with a piece of advice, “Be yourself and do what you want to do. Just get inspired and do it.”

But despite my initial nerves surrounding our conversation, I left the meeting with Feil feeling light.

Before I walked into 3rd Ethos to chat with Henning Marten Feil, I expected to leave with more angst than when I arrived. While speaking to artists, I typically walk out with more questions than answers. But despite my initial nerves surrounding our conversation, I left the meeting with Feil feeling light. Though he thoroughly described his dissatisfaction with societal proclivities, he preached acceptance, equality, mindfulness, and conservation as the answer. It’s comforting to hear from an artist using their voice responsibly. After witnessing Feil’s success at 3RD Ethos, I’m eager to see where his work takes him.

The more hearts and minds Norbert 3000’s message can reach, the better. 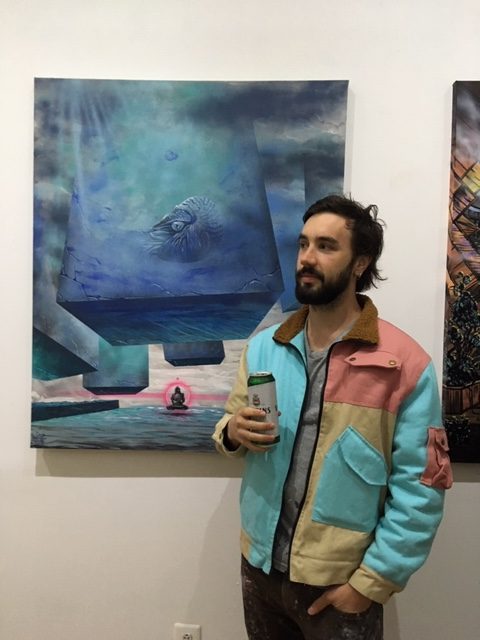 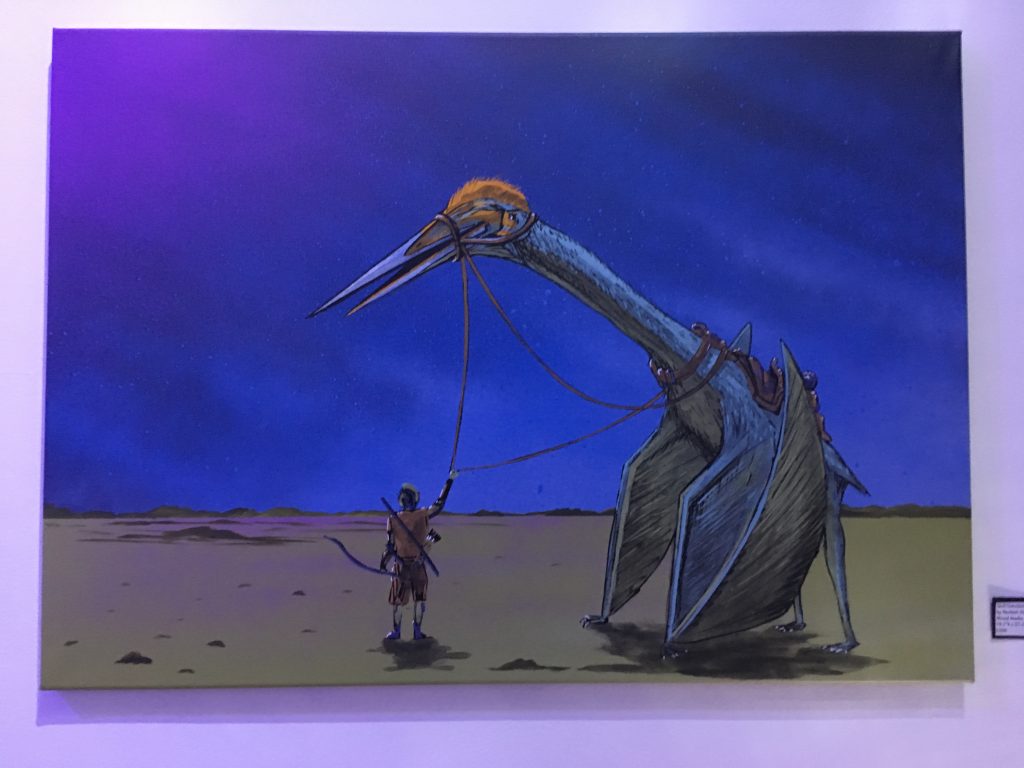 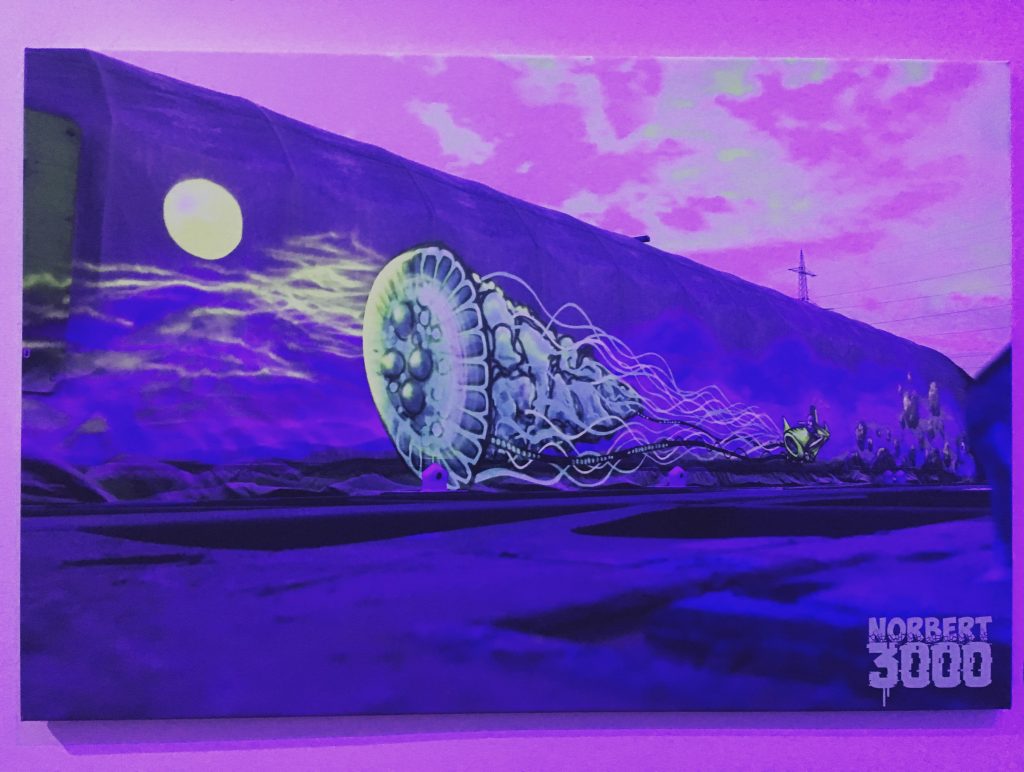 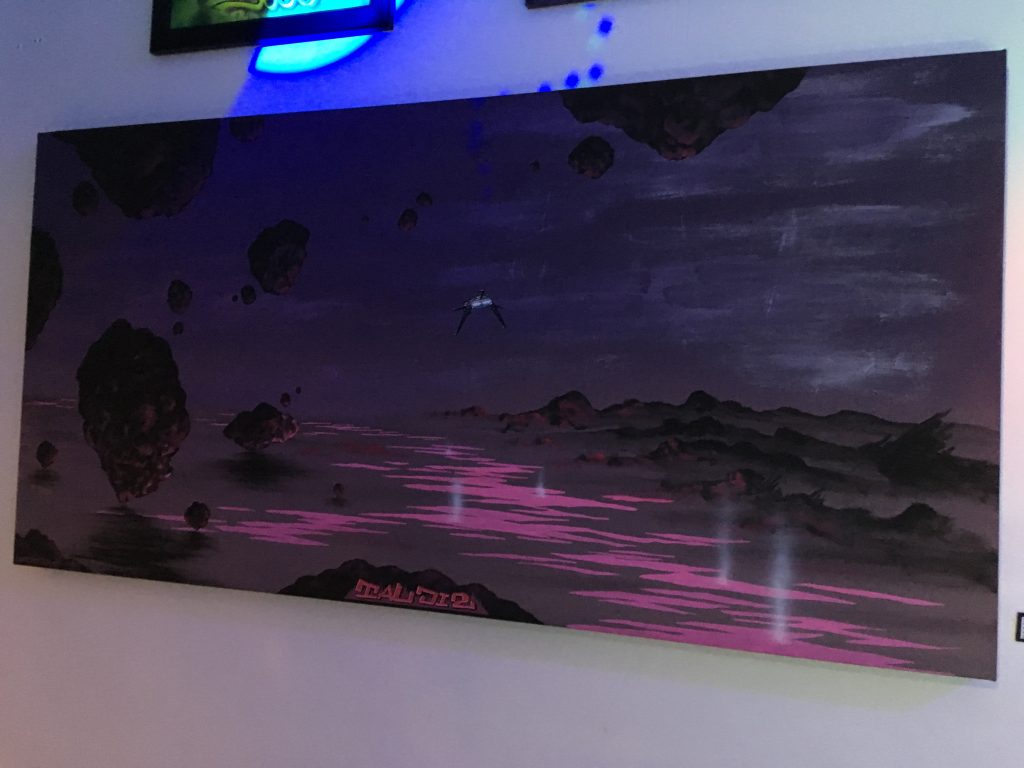 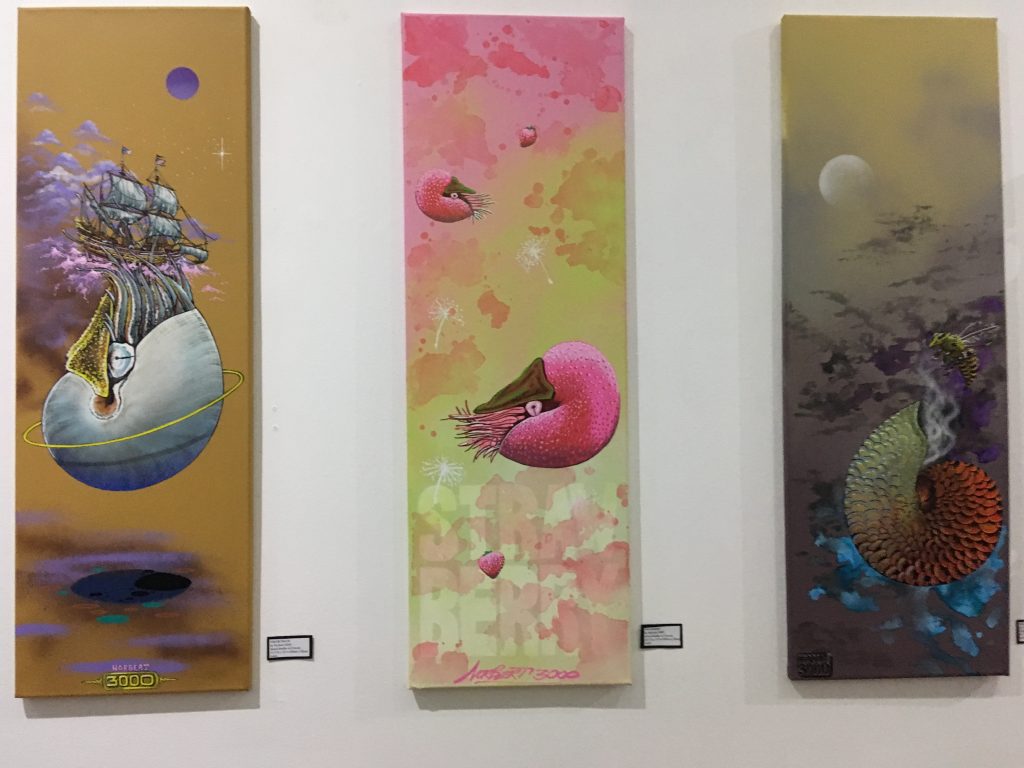 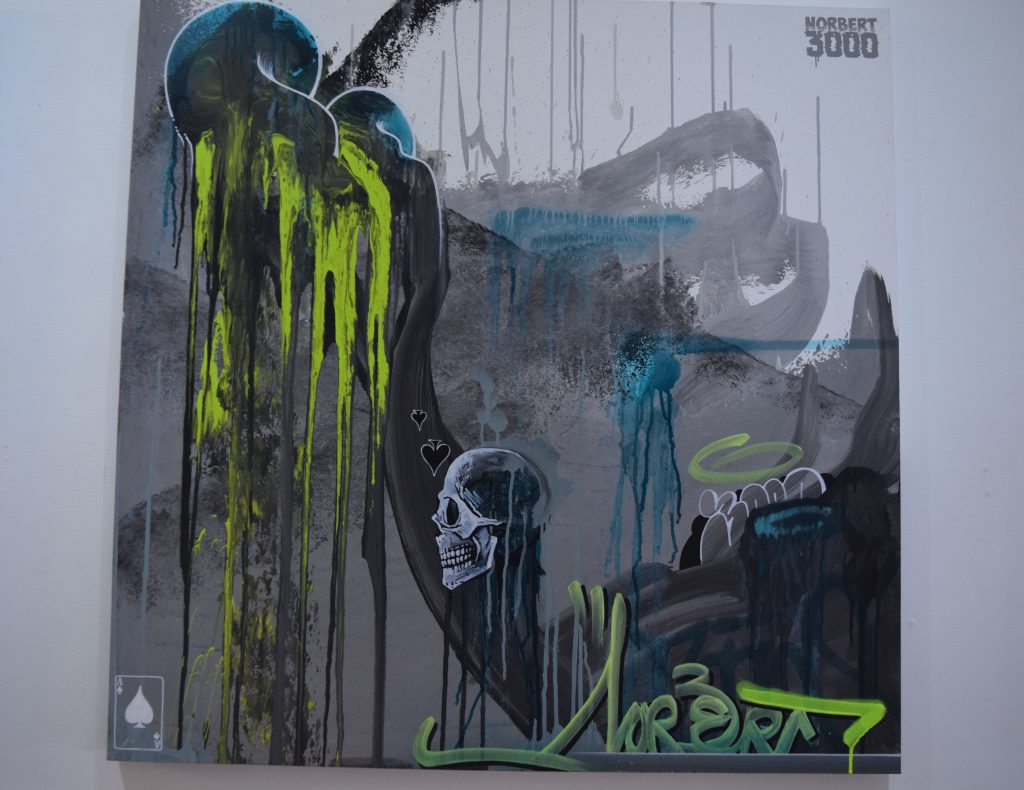 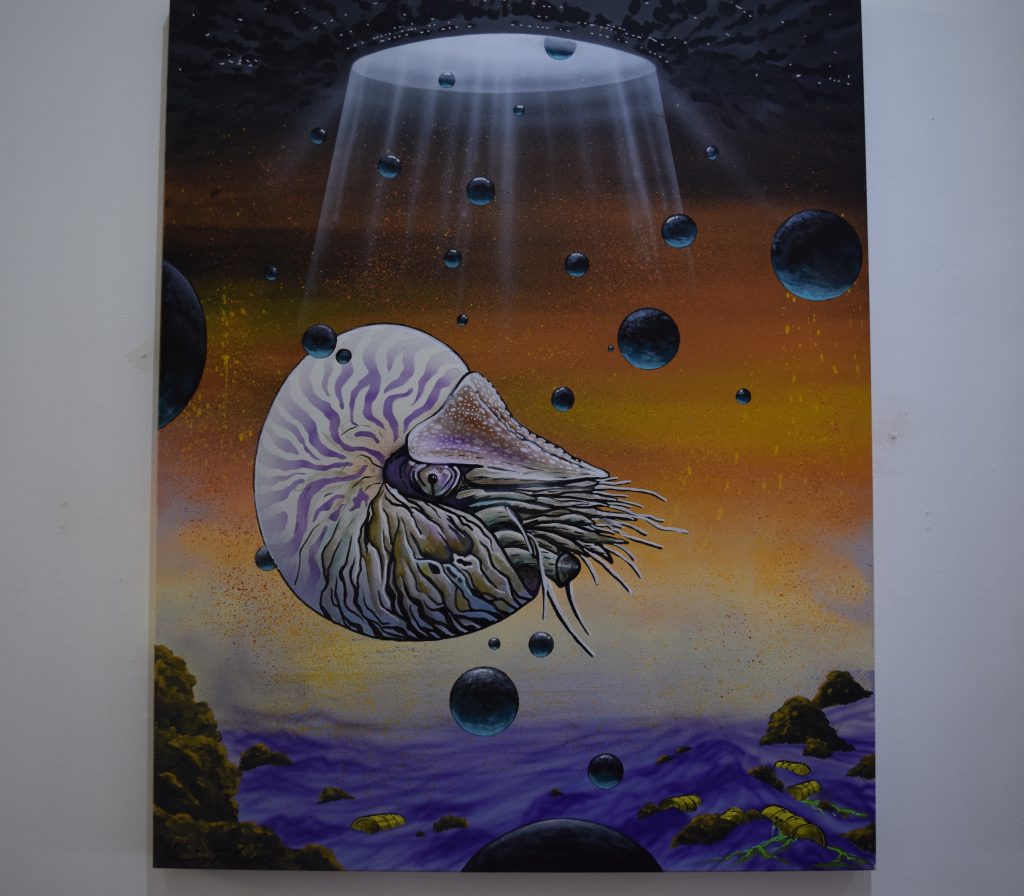 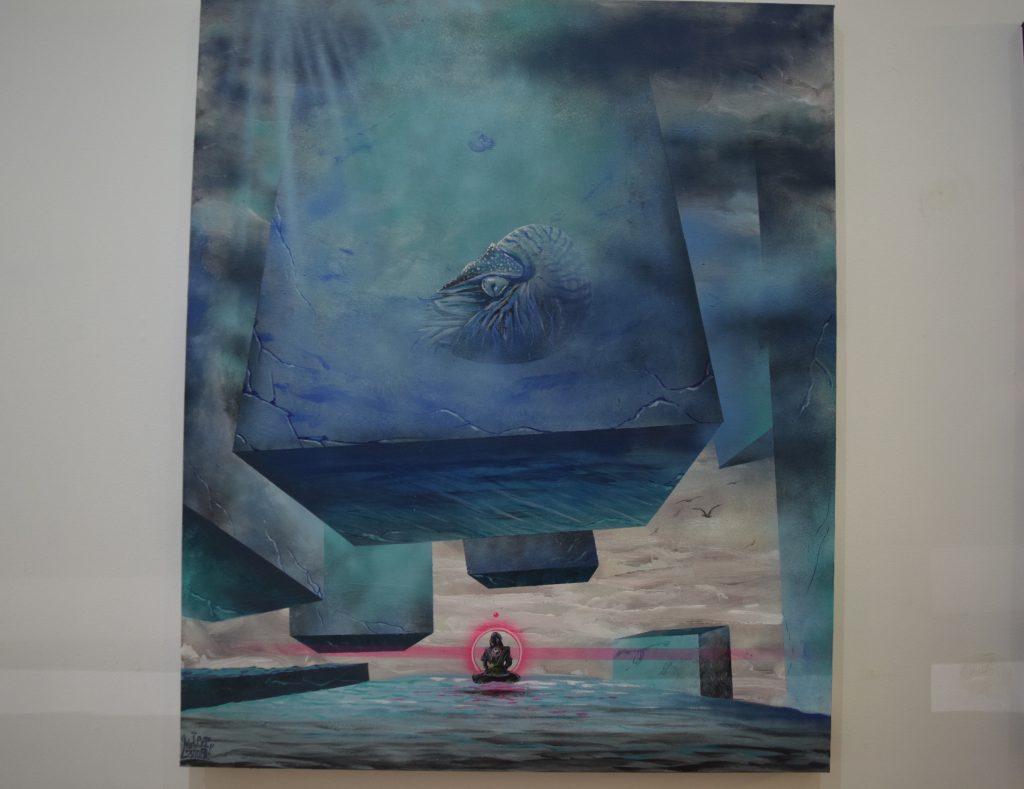 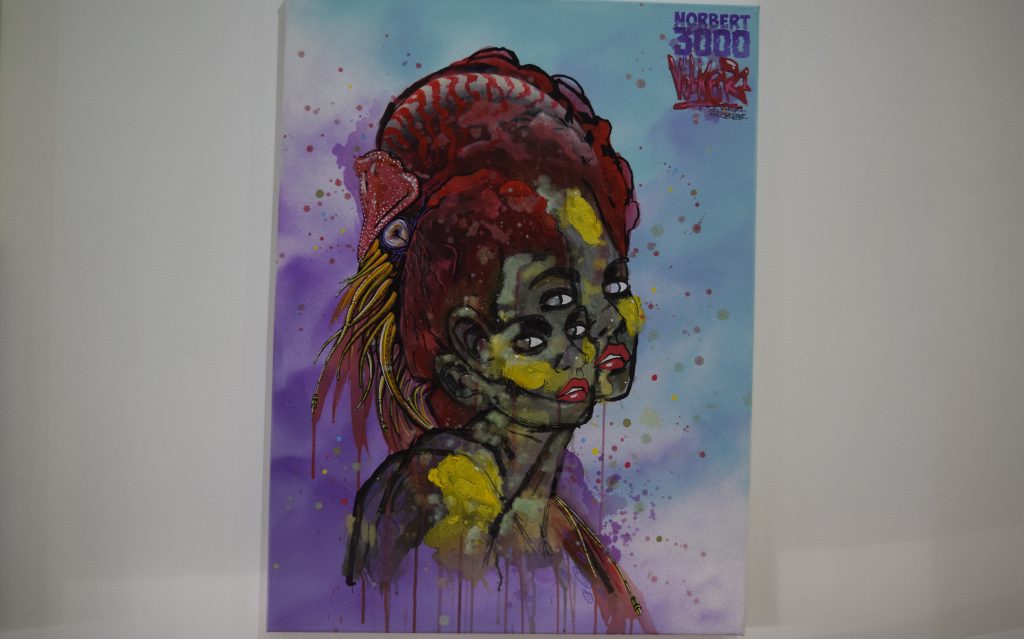 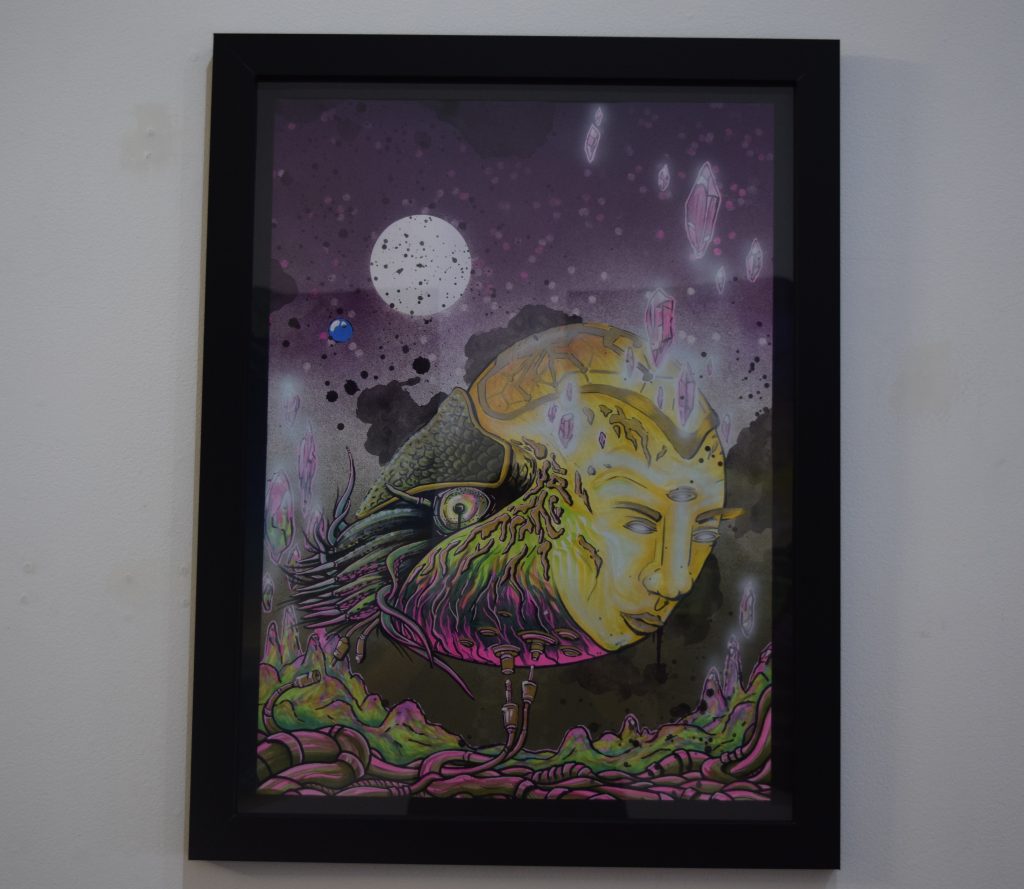 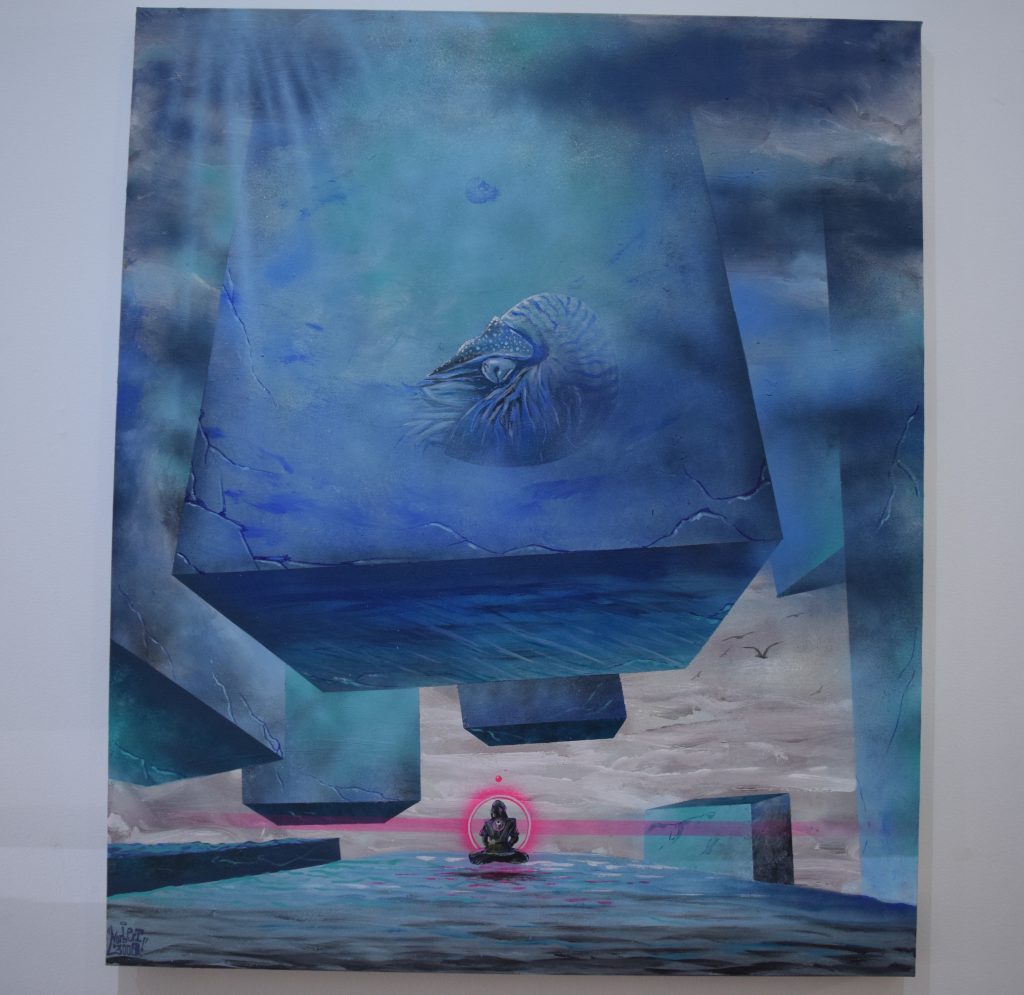 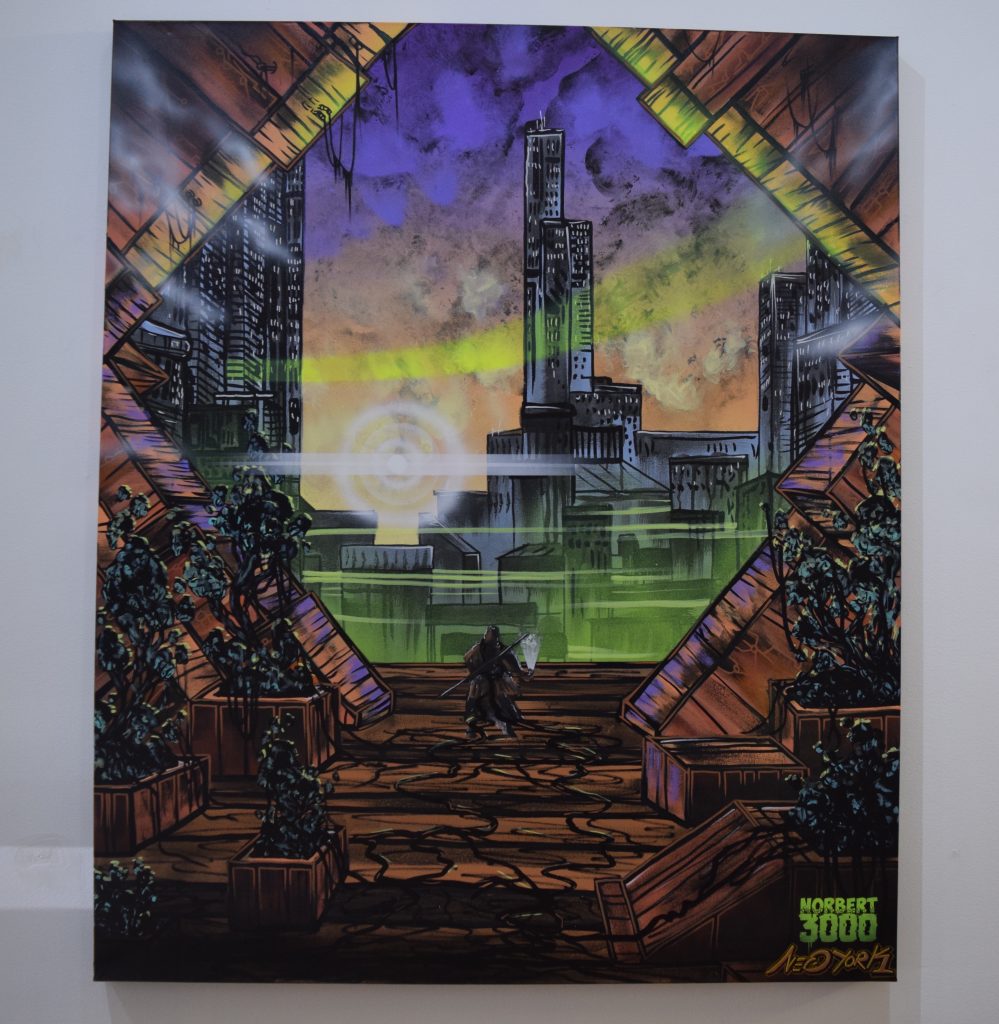 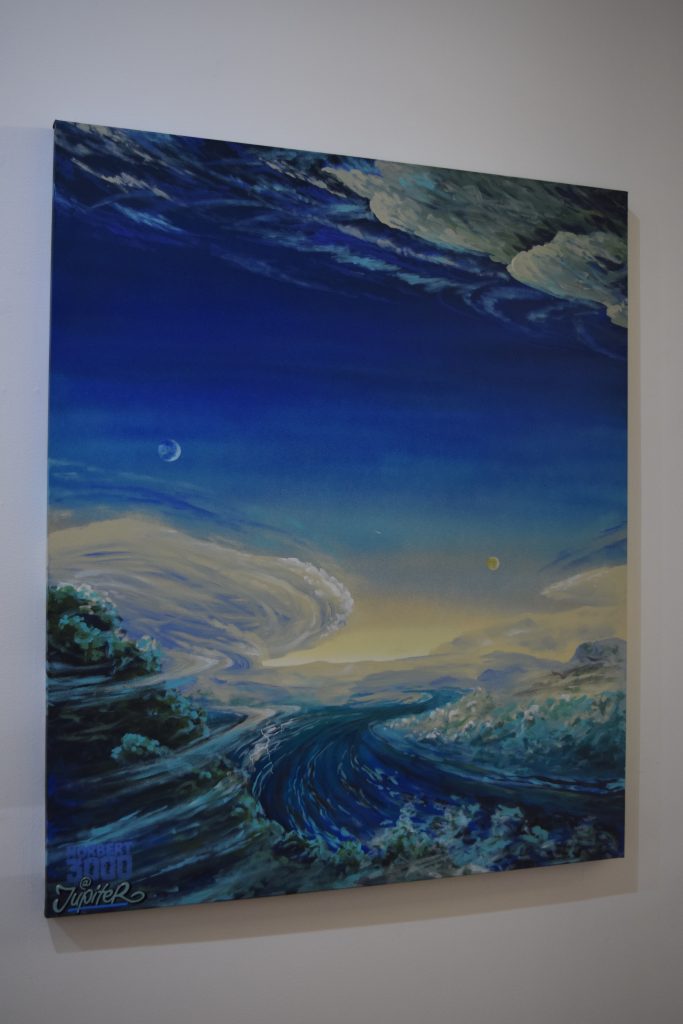 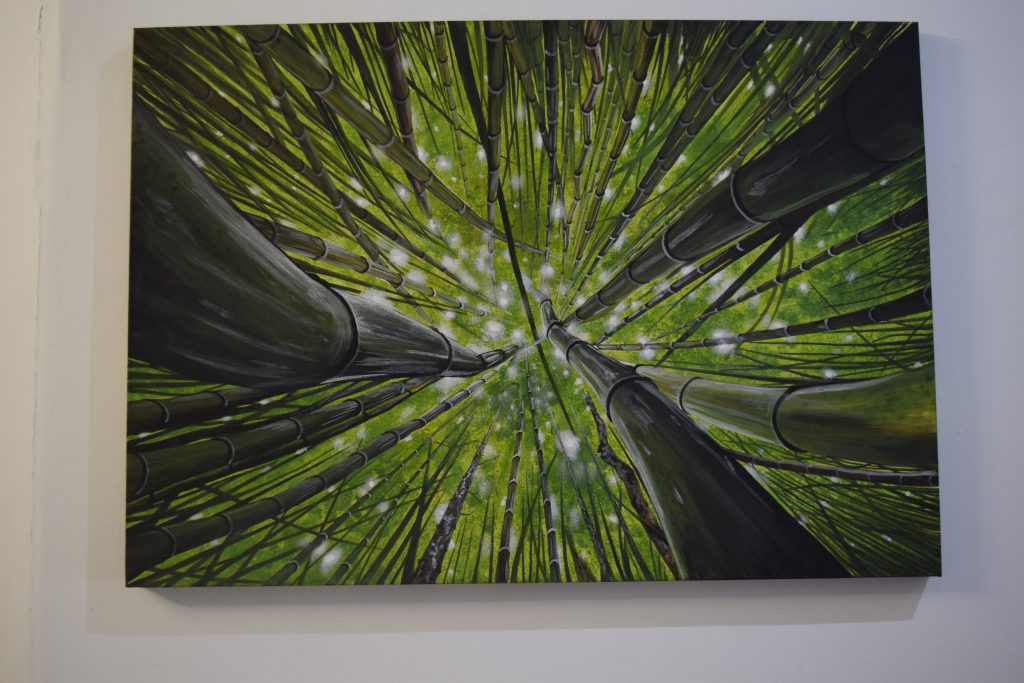 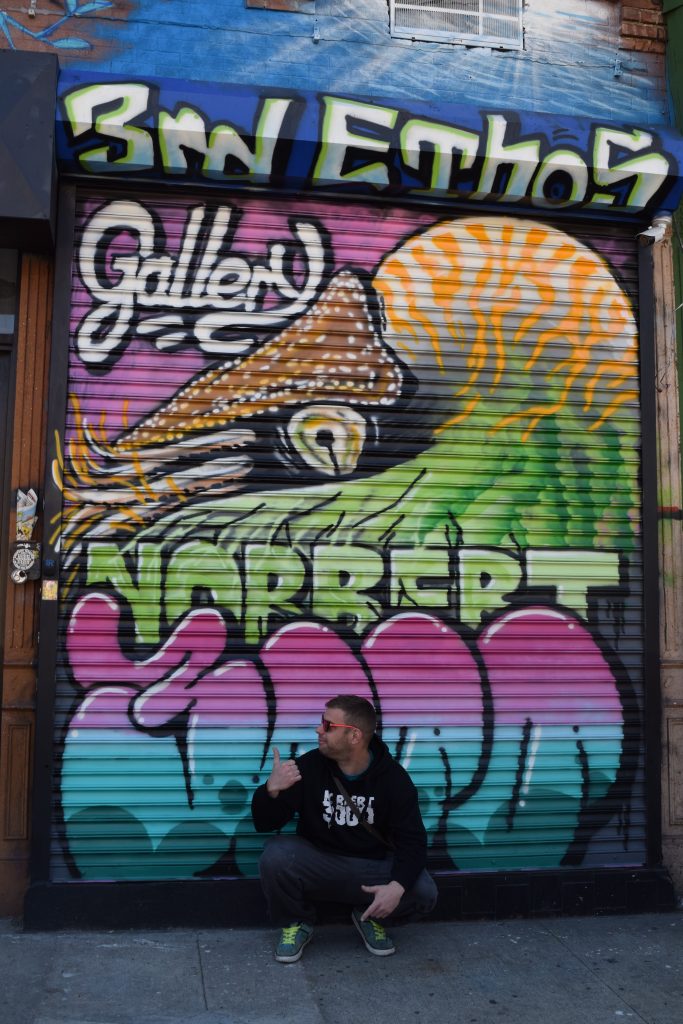 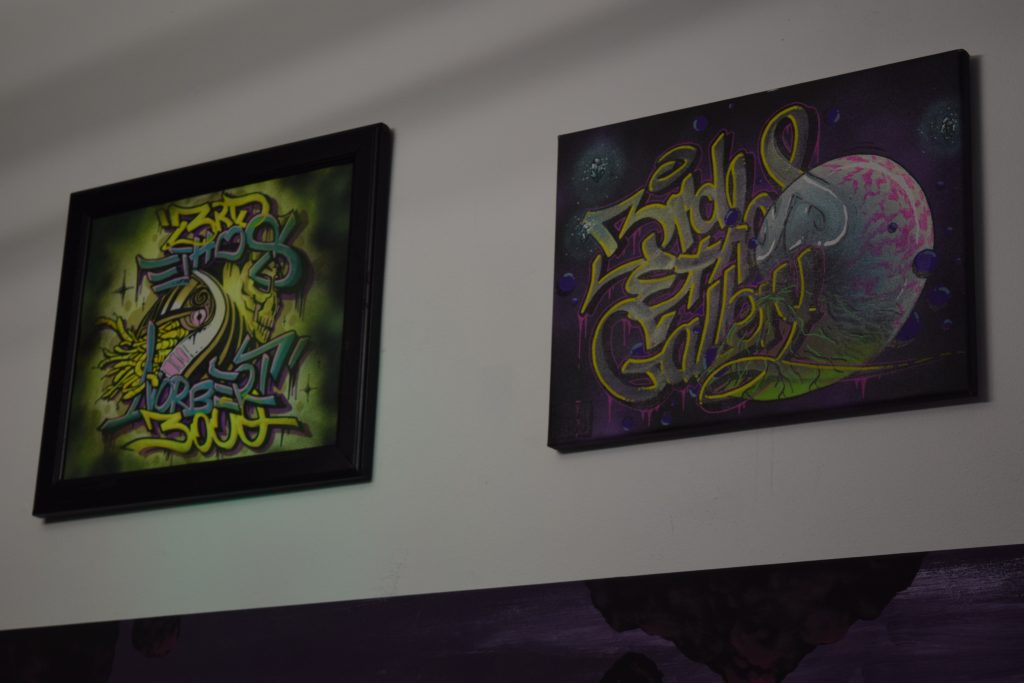 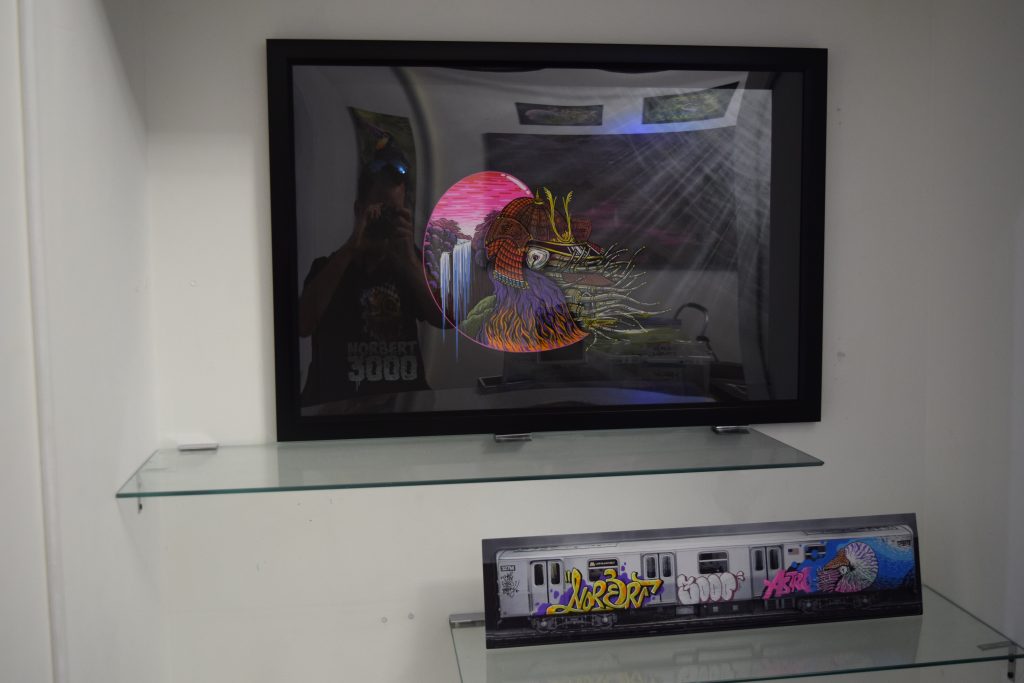 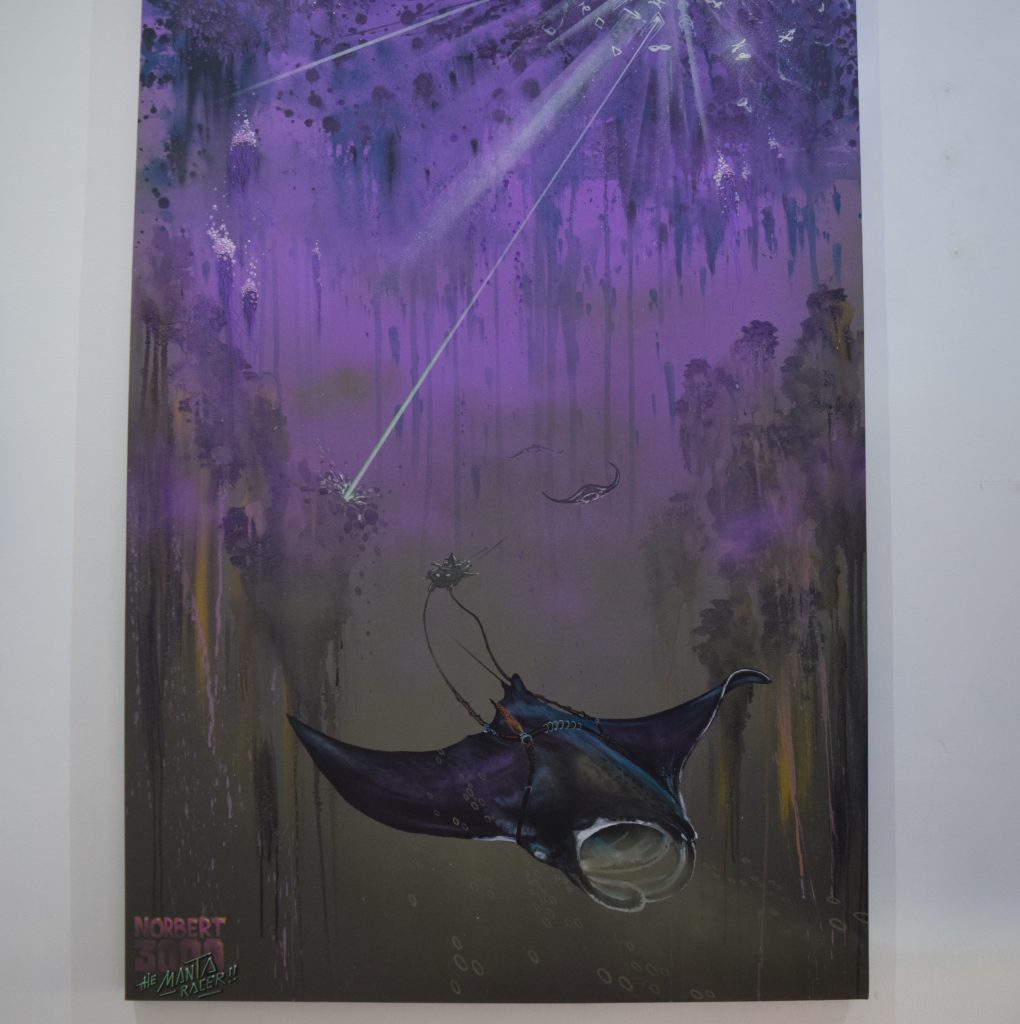 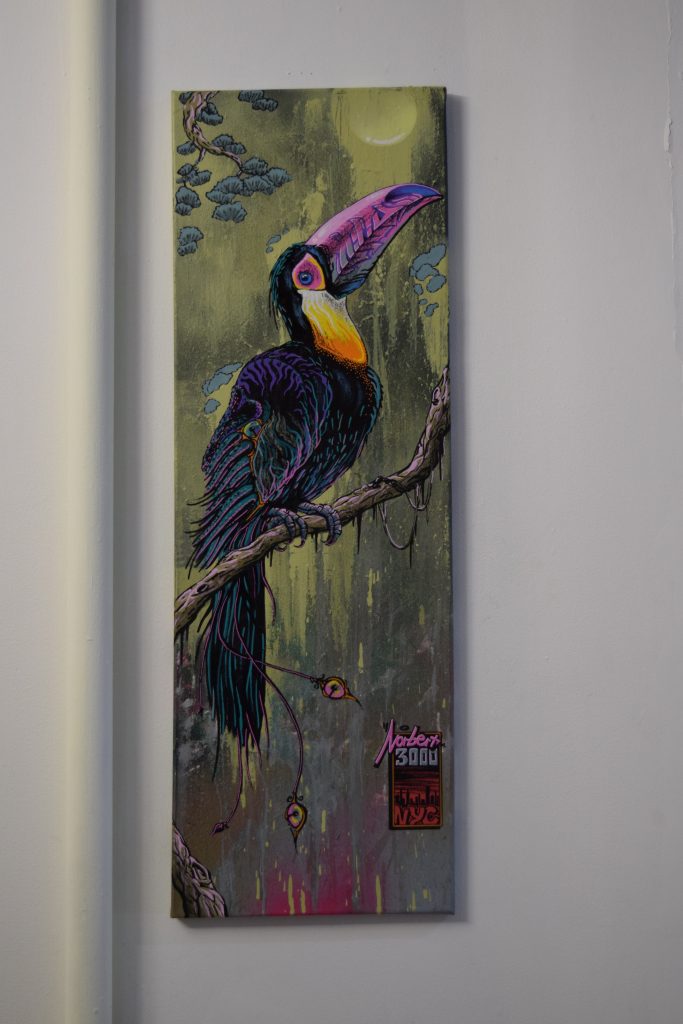 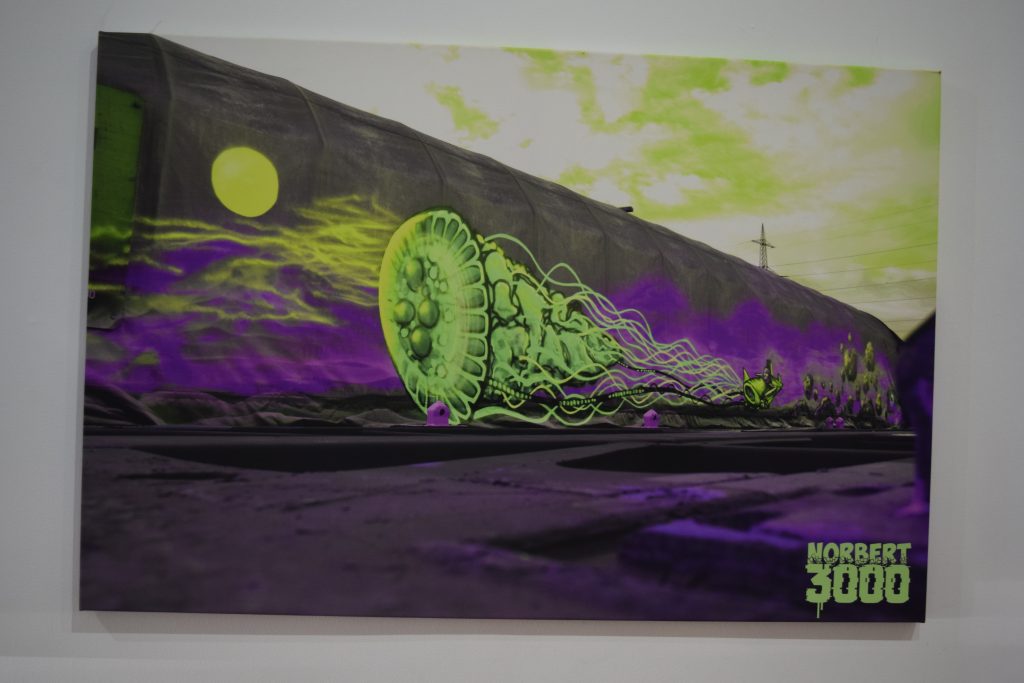 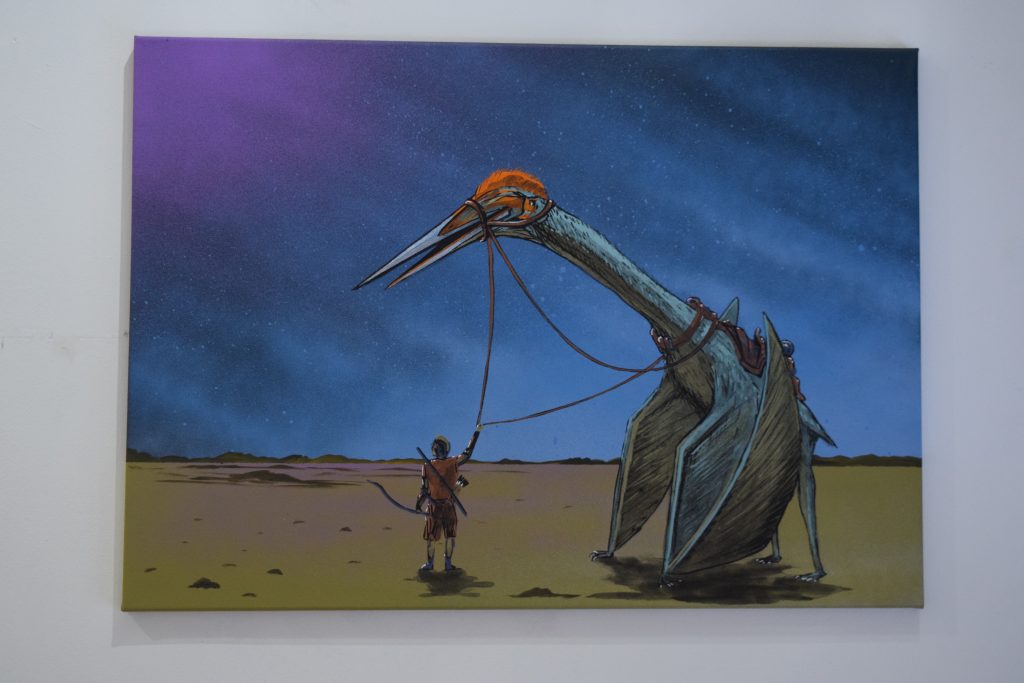 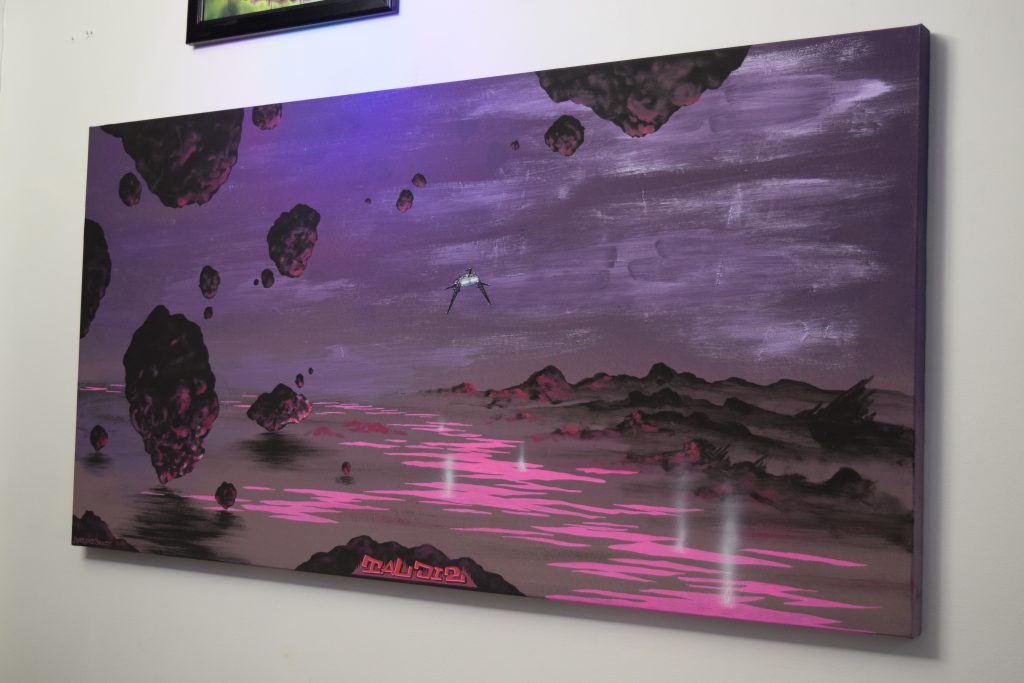