NOURISHING SELF-ESTEEM: Jorge Rodríguez-Gerada creates an astonishing piece of land art in Huesca, north of Spain, as a moving tribute to the inclusive and integrative work of Fundación Crisálida

Jorge Rodríguez-Gerada creates an astonishing piece of land art in the fields of Estopiñán del Castillo (Huesca, north of Spain) as a moving tribute to the inclusive and integrative work of Fundación Crisálida 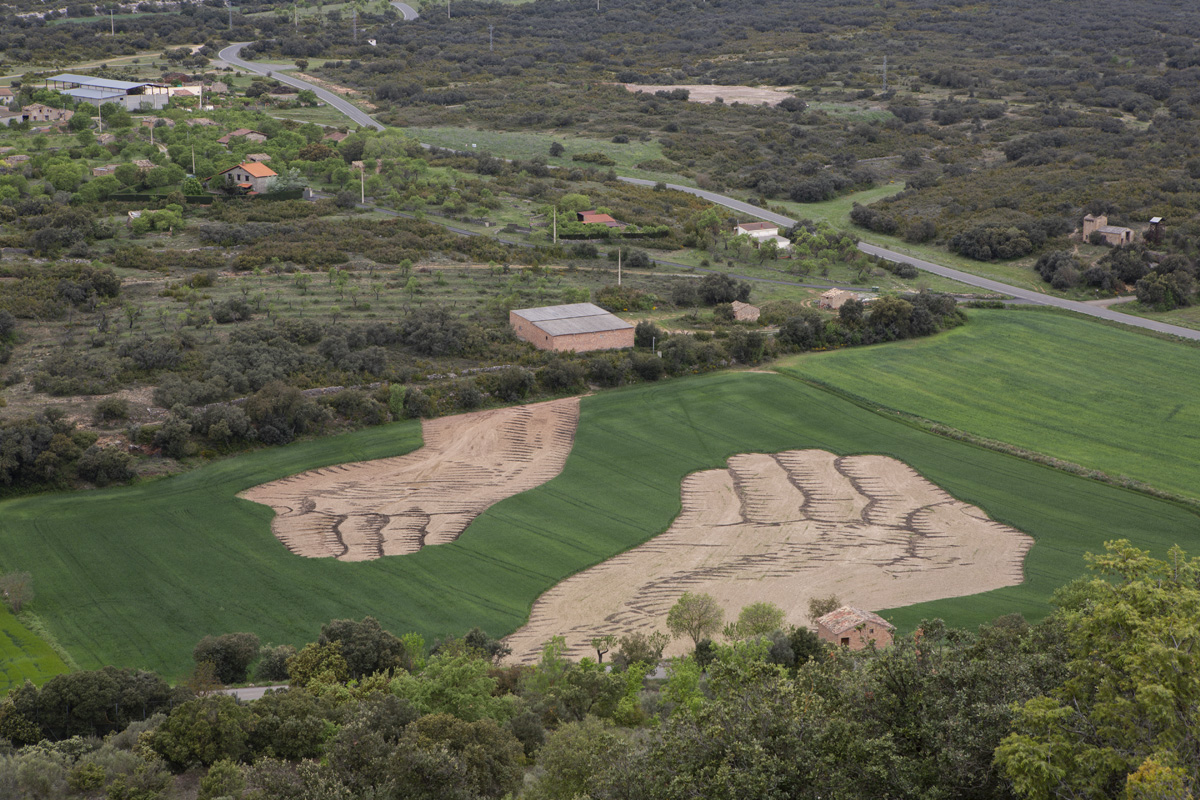 NOURISHING SELF-ESTEEM is an artistic work of an ephemeral nature. This artwork will be created in three phases that utilize the change of the seasons and the change of the colors of a wheat field from April to October 2021. This first phase of the artwork was realised using the green color of the wheat field, the light tan color of the soil and the dark tone of compost, on a plot of land in the rural setting of Estopiñán del Castillo, a small town in Aragón, Spain. 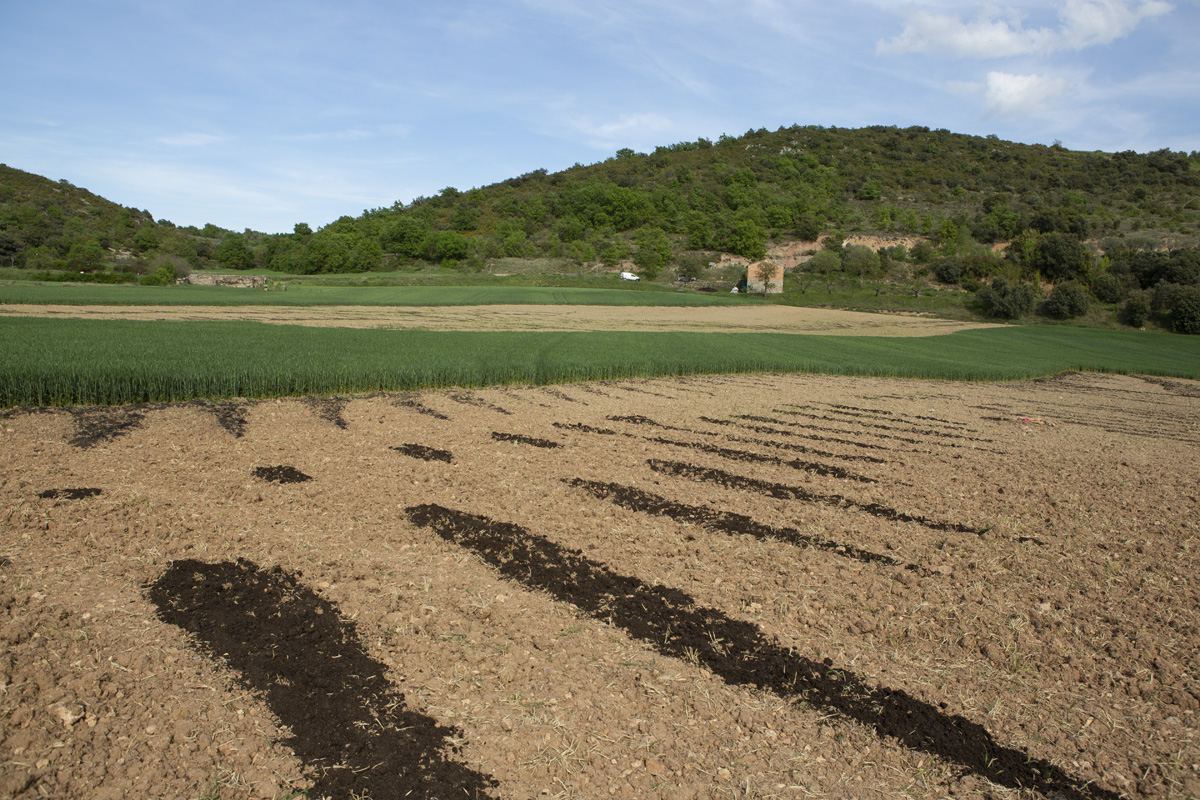 The premises of ‘Nourishing Self-Esteem’ are: the respect for the rural surroundings where the artwork is created and to reflect the reality that manifests itself at a local level in the bakery at Fundación Crisálida – an initiative for integration into the workplace of nine people with intellectual disabilities that coexist and work together making bread, cakes, cupcakes, croissants, panettones and cookies that they distribute in the local area and the region. 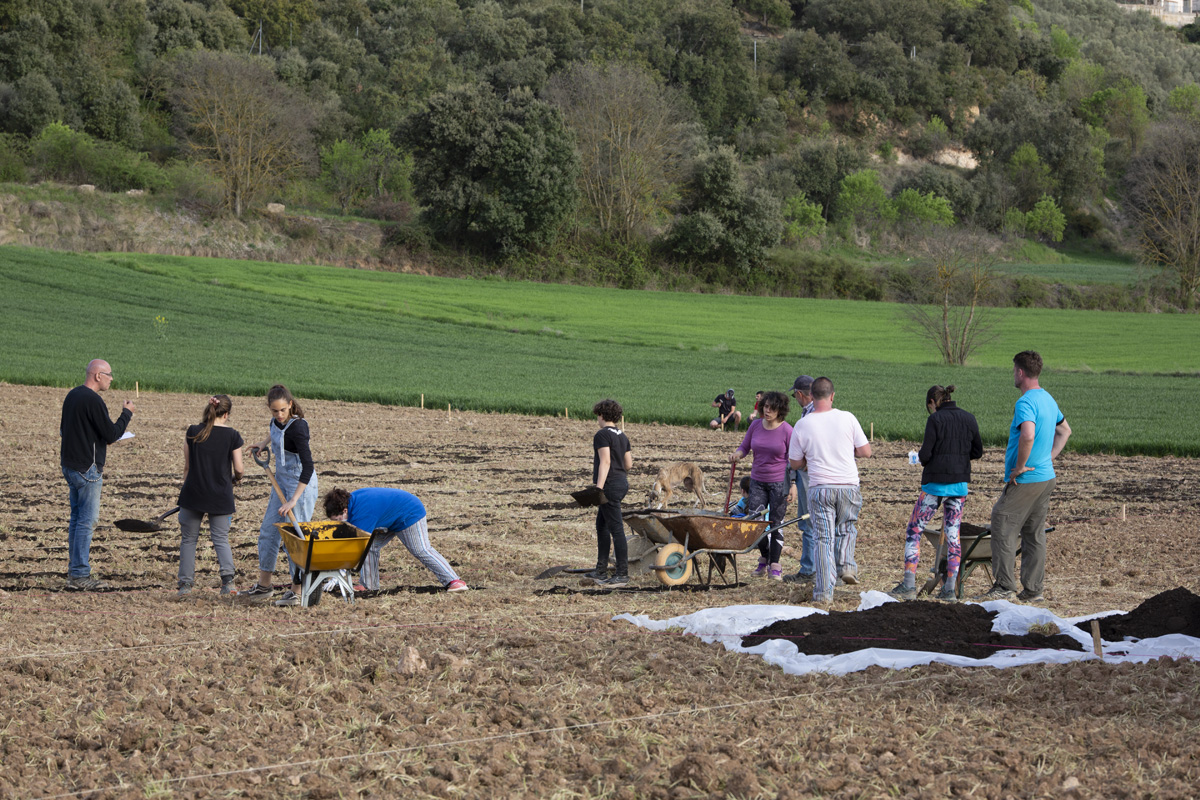 WHAT IS THE ARTWORK?

On the ground we see a pair of hands (the small hand of a child and an adult hand) that are coming together. Hands are tools that facilitate and sustain life. They are symbols of the power of creation, of balance between giving and taking, and the potential of all that we can manifest through the action of work.

With their hands, people at Fundación Crisálida bakes bread on a daily basis for their town and the towns nearby. Bread transcends cultures and geography, to unify in its simplicity, a fundamental physical and emotional sustenance.

To create a work of art in the countryside, as a homage to the daily tasks of people who belong to a collective minority – at a time when jobs, as well as the countryside, are undervalued and these collective minorities usually do not form part of artistic endeavors – is to lift up an appeal for hope and perform an act that, due to its performative nature, gives symbolic value to creation. By doing so, it celebrates the value of horizontal relationships, recognize the individual input for the good of the community, and allows us to glimpse all that we are capable to achieve when we unify our efforts to make ideas come together that can only be carried out if we form a team. 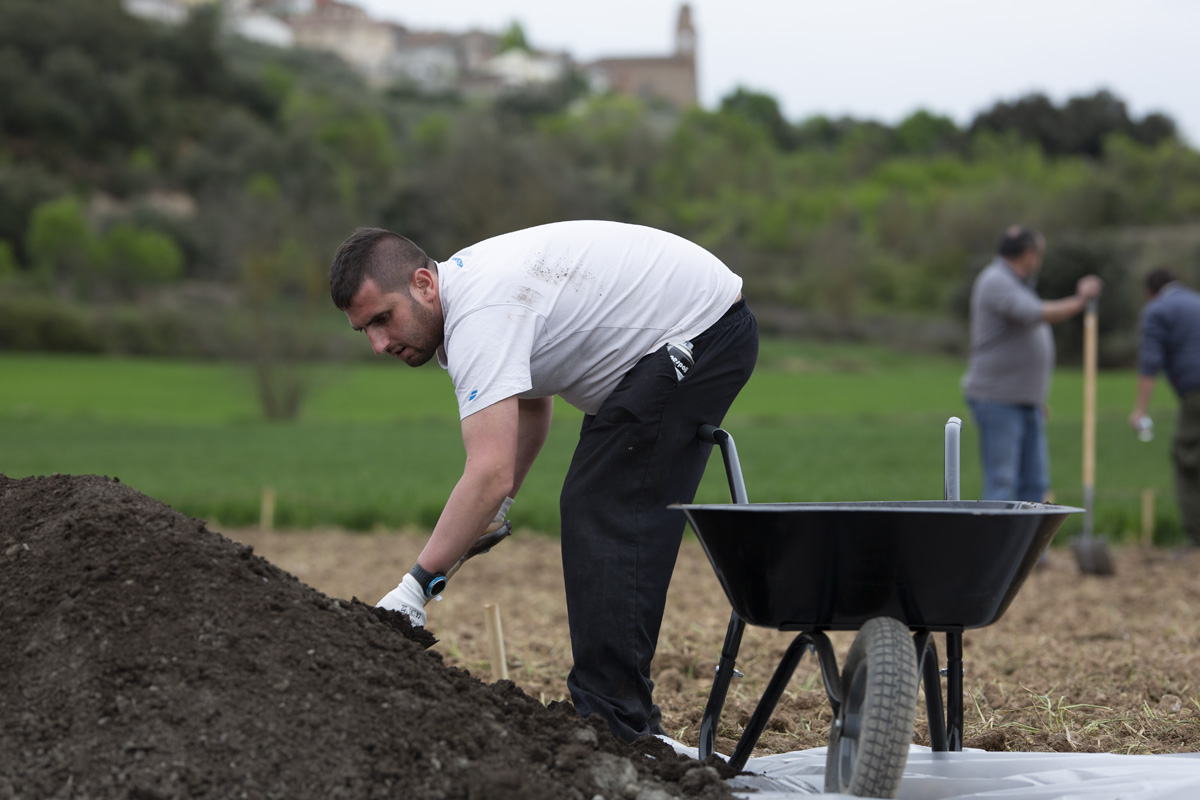 WHO IS MAKING THIS ARTWORK?

Fundación Crisálida, invites Jorge Rodríguez-Gerada – an artist known for his murals and large interventions realized in the public space – along with Iris, Aleix, Martí, Cristina, Álex, David, Jacinto, Carina, Caroline, Jennifer, Esmeralda, Ana, Milla, Alén and many locals, create this work that will continue to change for the next six months with three interventions.

The metamorphosis of the artwork will be documented in video and photography to create a documentary of the project. This process will be overseen by the artist Ana Álvarez-Errecalde. 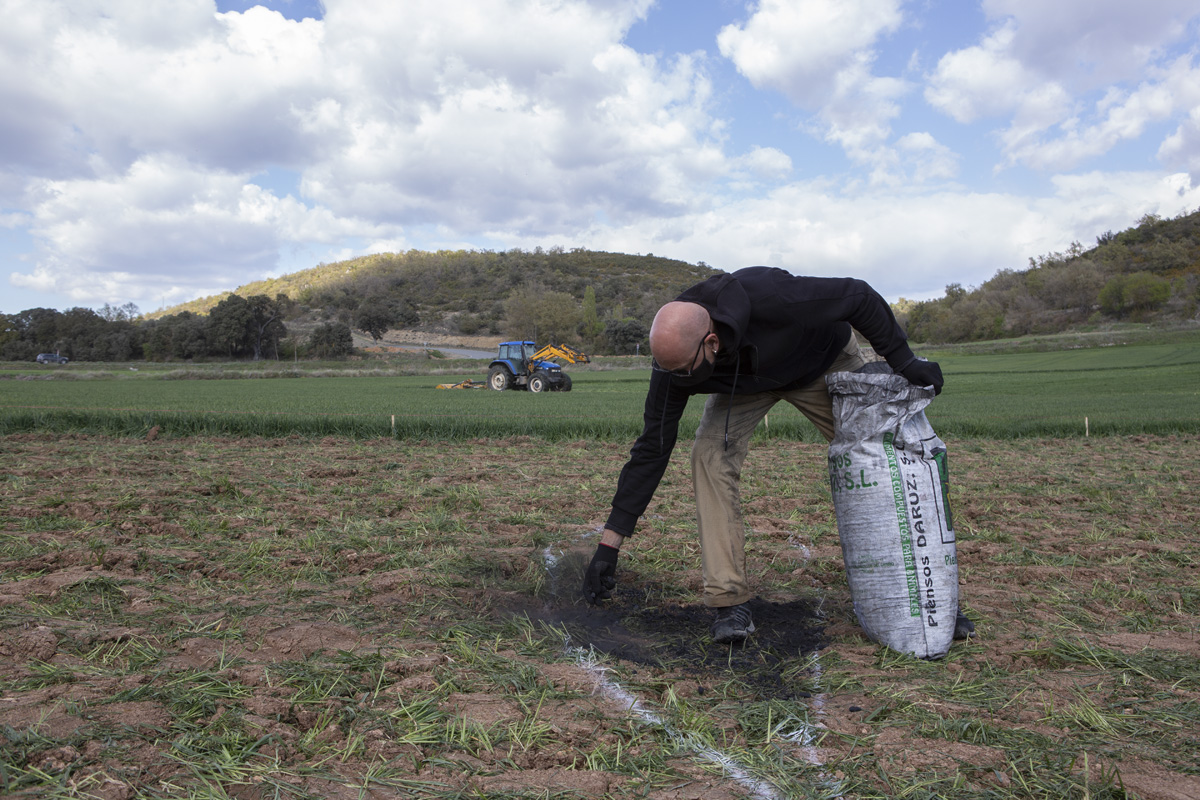 Nourishing Self-Esteem is a work of art that depicts some of the basic objectives of Fundación Crisálida.

Nourishing Self-Esteem looks to reverse the lack of love, the lack of recognition, the dismissal that is common in the experience of social exclusion, intellectual disability, and situations of abandonment. Nourishing Self-Esteem impacts on a personal level, but also is reflected on a community level: We nourish self-esteem when we create ties that unite us to others, when we feel like part of a family, when we know that we are useful, and know that our contribution impacts in the wellbeing of the community.

The value of short-term reward that comes from the daily job of making bread, is replicated in this large-scale work of art, created only in three weekends, but at the same time, the reward becomes multiplied as time goes by, as we see how the artwork changes with the work invested throughout the six months.

Transparency, like other objectives and values of Fundación Crisálida, are reflected in an artwork  that anyone could help create and that anyone can observe. It is not a work born from the artist’s private studio, it has less to do with the intimate as it has more to do with creating as a group, thanks to everyone’s effort.

Finally, in Nourishing Self-Esteem it is the art – another key component of Fundación Crisálida – that again offers the opportunity for dialogue, inspiration and coming together to manifest a world where there is room for everything and where everyone can contribute their various talents.