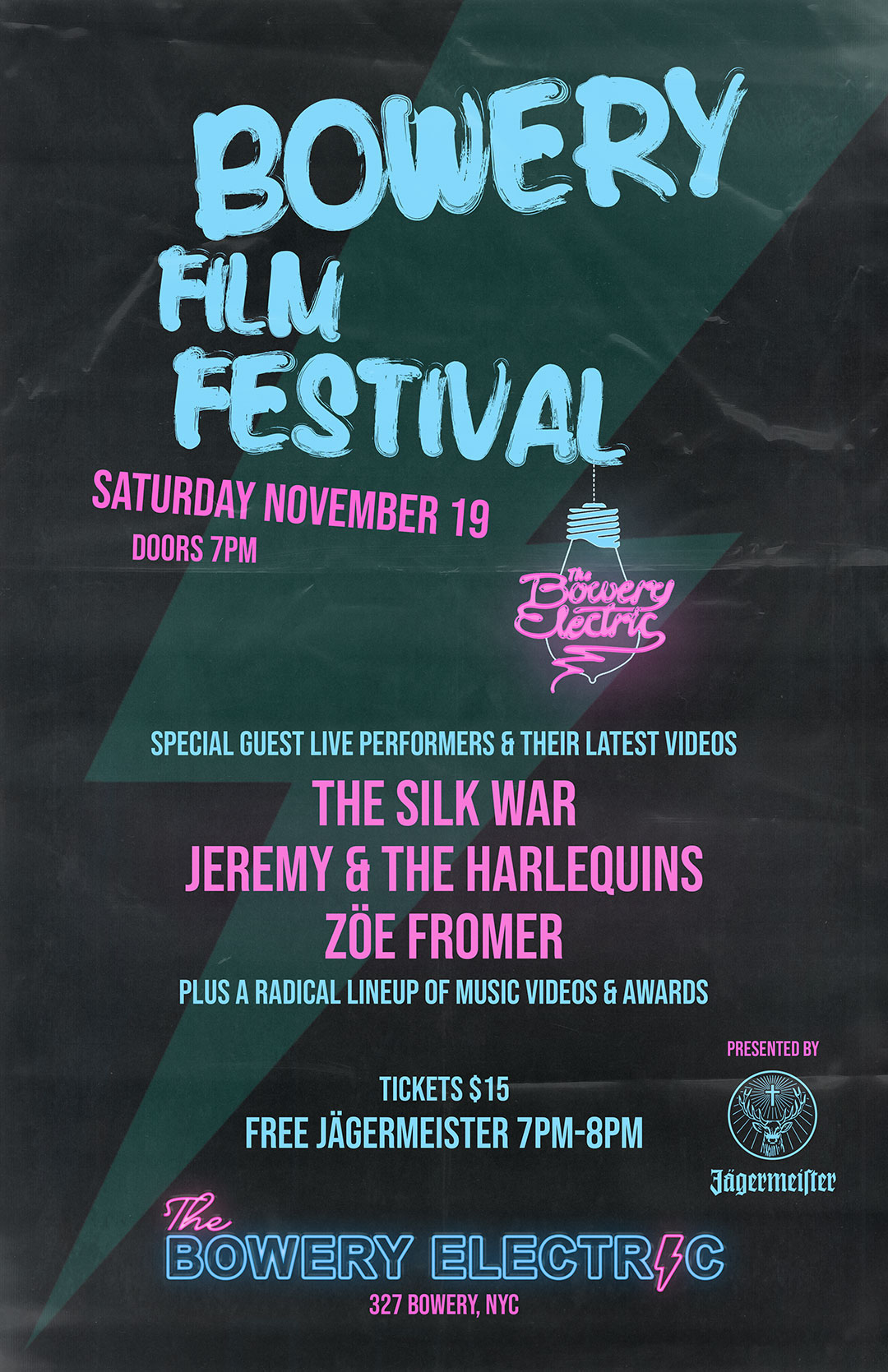 November 16-19th, 2022: Bowery Film Festival returns for its 5ᵗʰ year with over 54 selections and 2 feature films, including the World Premiere of  XMas in July, a psychedelic film directed by Joel Clark. The festival features over 10 premieres across our 4 day festival, including eight NYC premieres (FCK (Friends Can’t Fuck), Imma Go To Hell When I Die, Geraldine, Romantique, This Feels Right, Times, Ride of The Devil’s Teeth, and The Cafone), one North American Premiere (Daddy’s Wallet), and the World Premieres of Lightstreet, a short film about a shy teenage girl’s self-discovery directed by Billie Michael, and Show Up Jenny Sometimes, a dreamy, surrealistic music video shot by award winning filmmaker Daniela Croci.

The 2022 Bowery Film Festival brings together filmmakers from across the country and around the world with an edgy, radical and rock & roll vibe that’s been our trademark since our inception in 2018. We also have over 50% of our selections made by a female writer, director or producer.

Program highlights include the opening night party at Bowery Bar, followed by the feature film Cape Carl at Regal Essex Crossing. We also have a selection of short films screening at DCTV and Speyer Hall. The world premiere of XMas in July will screen at Regal Cinema Essex.

The Bowery Film Festival’s mission is to promote films and videos that further the art of storytelling by inspiring and championing the work of writers, filmmakers, and artists who push the envelope and take bold risks with the visual medium. We showcase films that dissent radically in form, technique, or content from the mainstream and present adventurous works that challenge and transcend commercial and audience expectations.

“There are film festivals aplenty in New York, but none with quite so much local flavor as the new Bowery Film Festival”