Press Release: STAND WITH UKRAINE AT ONE ART SPACE 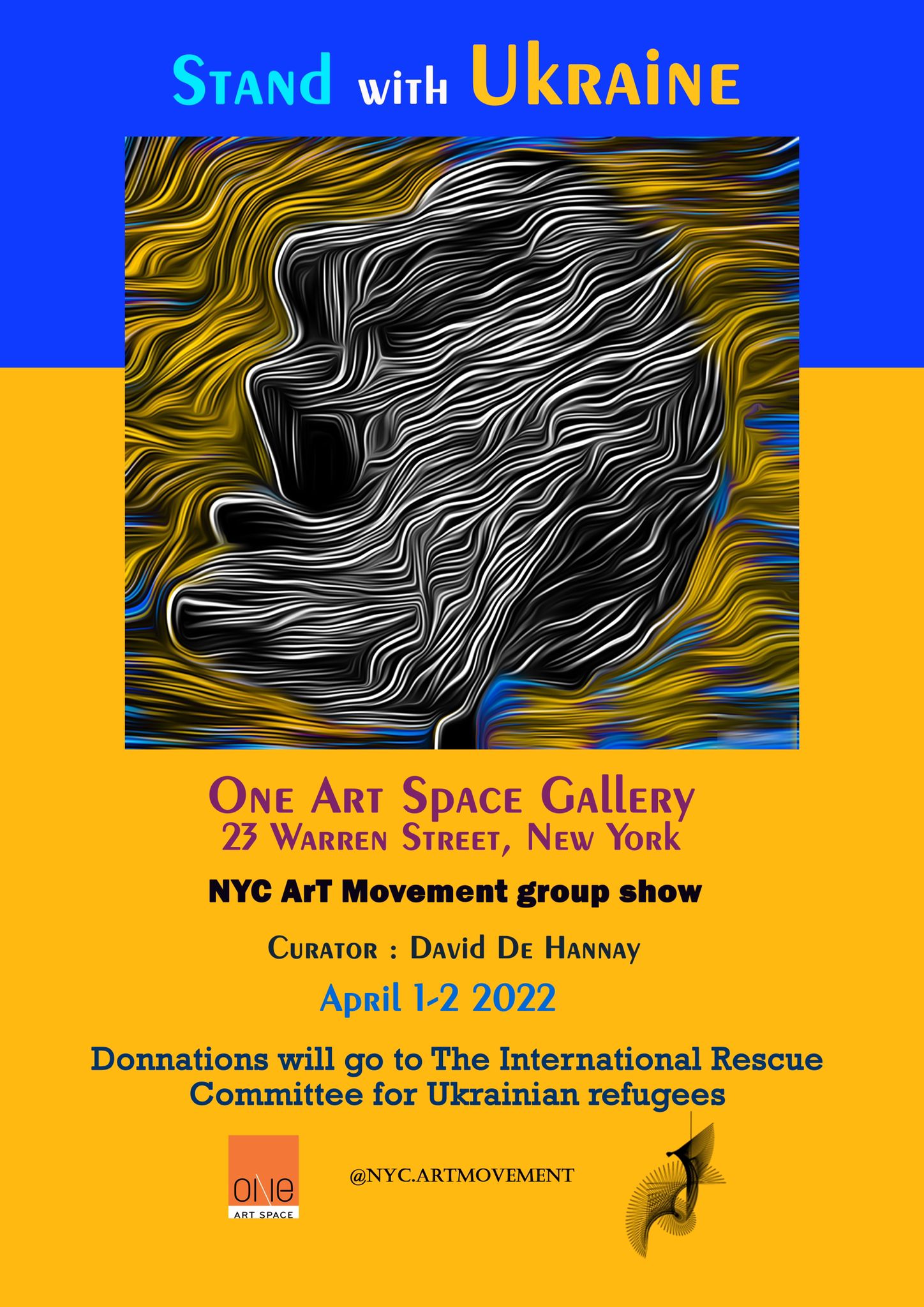 The ‘Stand With Ukraine’ Art Show will take place from April 1 to April 3, 2022 in One Art Space gallery on 23 Warren Street, in New York. The art show aims to create an artistic platform for artists and viewers to learn more about the pain and struggle that citizens in Ukraine are dealing with. This original art show showing support for Ukraine will be hosted by NYC Art Movement and the show will be curated by art curator David De Hannay, a human rights activist and founder of NYC Art Movement.

NYC Art Movement is a community of artists that is motivated by democratic creative freedom. These artists are inspired by the vibrancy and multiculturalism in New York. They are actively associated with NYC Art Movement and desire to provide political commentary on the modern human condition at home and abroad.

Many of the artists that are currently on the NYC Art Movement roster are observing the pain and suffering caused by the Russian Federation’s attacks on Ukraine this month and aspire to build support for those victims of the military violence.

New York City is the home of the largest Ukrainian community in the United States, and the Russian invasion of Ukraine has mobilized the community to come together to fight for the sovereignty of the peaceful nation. NYC Art Movement is hosting an art show to highlight artists within the collective who have connections to Ukraine and want to not only denounce the unjustified war but also to highlight Ukrainian culture.

“We are of the firm belief that some wars can be fought with weapons and violence, but others seek to find community, education, culture, and awareness in times of hardship. With our community, we hope to fight back using the power of art to make an impact,” said De Hannay, founder of the movement.

The world is in the midst of a humanitarian crisis with the number of deaths rapidly rising in Ukraine. This war is only one of the many examples of human abuse and depopulation in the world. The art that will be presented by the NYC Art Movement was made to promote action and support from New Yorkers to help start a movement for real peace. To motivate people to stand up against war and for humanity. The presented artwork will highlight the current human rights tragedy. At least 50% of the proceeds collected during the art show will be donated to the International Rescue Committee, which is supporting Ukrainian refugees.

According to De Hannay, the ‘Stand With Ukraine’ art show will be the first of many art shows of its kind beginning in New York and eventually migrating across the world.

“Together we can motivate people to stand in support of those who are innocently dying in their own country. We need to speak out through our Art,” said De Hannay on behalf of the artists presenting their work in the art show.