The Price of Everything Review

“Are there still masterpieces being made today?” director Nathaniel Kahn asks Sotheby’s VP Amy Cappellazzo in his documentary The Price of Everything. “I mean, yeah,” she replies. “What kind of question is that? That’s like asking me if I believe in the future.” Chronicling the months leading up to a Sotheby’s Contemporary auction, The Price of Everything explores commercialization through the perspectives of key players within various areas of the art world. Its title – sourced from Oscar Wilde’s Lady Windermere’s Fan – is an indication of the cross-examination to follow, highlighting the roles that artists, curators, dealers, and art historians play in the process.

The film plunges viewers directly into the industry’s frenzy, immediately blinding them with the mystique of the deal. It begins with a rhythmic auctioneer and a preamble: “art and money have always gone hand-in-hand… it’s very important for good art to be expensive… we only protect things that are valuable… if something has no financial value, people don’t care.” Swiss art dealer Simon de Pury primes us with these assumptions to ensure we’ve understood the stakes. Jeff Koons boasts his virtuosity, walking viewers through his bustling workshop, explaining how he captures the “idea” of a painting his assistants are working on. We’re then gradually introduced to the other protagonists. An impressive array of art world elites, like Pulitzer Prize-winning critic Jerry Saltz, billionaire collector Stefan Edlis, and the artists themselves – Marilyn Minter, Larry Poons, George Condo, Njideka Akunyili Crosby, and Gerhard Richter – form the cast. Dealers Mary Boone and Paul Schimmel, and art historians Barbara Rose and Alexander Nemerov also feature briefly. From behind the camera, Kahn coaxes each into open conversation, revealing wry insights about the market as the plot unfolds.

Museums are portrayed as democratic counterparts to materialistic collectors, who often hide purchases in their penthouse apartments.

The narrative creates tension by presenting a sequence of manufactured binaries. Museums are portrayed as democratic counterparts to materialistic collectors, who often hide purchases in their penthouse apartments. Scenes of artistic process are differentiated from the art of buying and selling. Larry Poons, personable and forthright, is depicted as the antithesis of the monolithic Jeff Koons brand; a smug Amy Cappellazzo clashes with testimonies from art historian Barbara Rose, who winces at the thought of art as a “luxury brand.” Even the measured Njideka Akunyili Crosby – who creates six to eight works a year – is juxtaposed with the prolific George Condo, adorning his canvases with dynamic brushstrokes and concomitant abstraction. At the height of the auction, Crosby watches its live coverage with a stony gaze as the film establishes its principle dichotomy: us versus them. Rising from an estimate of $100,000, her painting sold for over $900,000. The piece was flipped in a secondary market, meaning she would see none of the profit.

A self-proclaimed insider’s look at the contemporary art world, Price is more like a glimpse into its inability for self-reflection.

A self-proclaimed insider’s look at the contemporary art world, Price is more like a glimpse into its inability for self-reflection. Kahn places a significance on exploring the relationship between art and commerce, but does little to substantiate warranted critiques of the world he’s enthralled in. Instead, he circumvents a well-defined thesis by reducing the market to a series of black and white alternatives, leaving the viewer to fill in the blanks. By the documentary’s conclusion, we’re expected to applaud the storyline’s synergy. Larry Poons eventually exhibits new works at an upscale gallery, and a favorable reaction from the public prevents his fall from grace; Stefan Edlis steps into the layman’s shoes and makes a generous donation to the Art Institute of Chicago, proving not all collectors are selfish. A slideshow of art works carries us into the final credits and implies that art itself is still the central focus.

But it’s never that simple. Museums can be classist, too; as a student, I can’t afford to regularly visit The Museum of Modern Art, The Guggenheim, or The Whitney outside of the designated pay-what-you-wish hours, which are usually too crowded to appreciate the art anyway. Institutions like The Frick, pictured in the film, occasionally host free college nights, but lack comprehensive wall labels, excluding the general public from understanding the significance of the works on display. While Larry Poons may have redeemed himself, other artists, like Jean Michel Basquiat, weren’t given the same privileges. Many who disappear from the spotlight either suffer the same fate as Basquiat or simply fail to sell another painting again because they can’t keep up. The subject is touched upon in passing with Minter’s mention of “white heat,” an inevitable force that eliminates artists from the market once they’ve begun to burn out. This train of thought, however, becomes secondary to a sensationalist characterization of opulence.

Nathaniel Kahn still introduces a fascinating portrait of a world many fail to understand. The Price of Everything’s flaws lay in its lack of a driving force to a clear conclusion. I expected Kahn to take a harsher stance on the world he so boldly exposed in one of his first documentaries, My Architect. The film explores the life and career of his father, architect Louis Kahn, who died bankrupt and alone in 1974. By comparison, Price barely scratches the surface in analyzing contemporary art’s deep-rooted vices. My third screening proved just as disappointing as my first.

Similar to those who spent hours waiting at the Guggenheim Museum to peek at Maurizio Cattelan’s golden toilet, the audience emerges from this spectacle of excess still unsure what any of it means, or why it matters.

The Price of Everything reads as a pussyfooted attempt to do anything but take an actual stance. Kahn’s binaries can’t distract from the reality: his documentary is a choreographed entryway into a world we don’t really have access to. Similar to those who spent hours waiting at the Guggenheim Museum to peek at Maurizio Cattelan’s golden toilet, the audience emerges from this spectacle of excess still unsure what any of it means, or why it matters. Maybe his dance around the truth is his way to save face, blinded by the glamour of his subject. We aren’t afforded those answers – at most, we’re given the implication we’re not exclusive enough to receive them. The question of who truly decides the value of a work of art remains unclear. 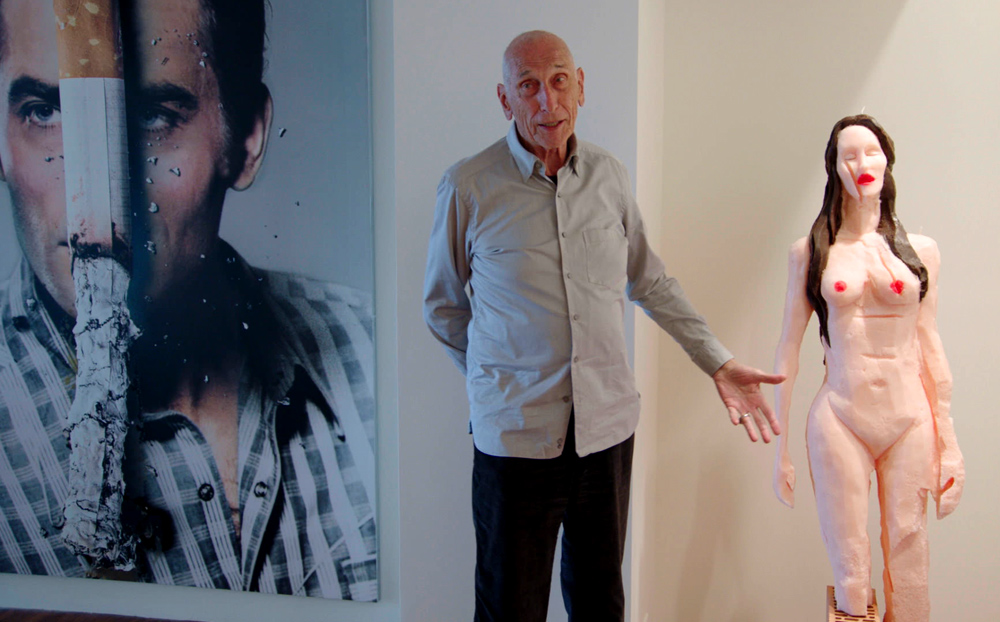 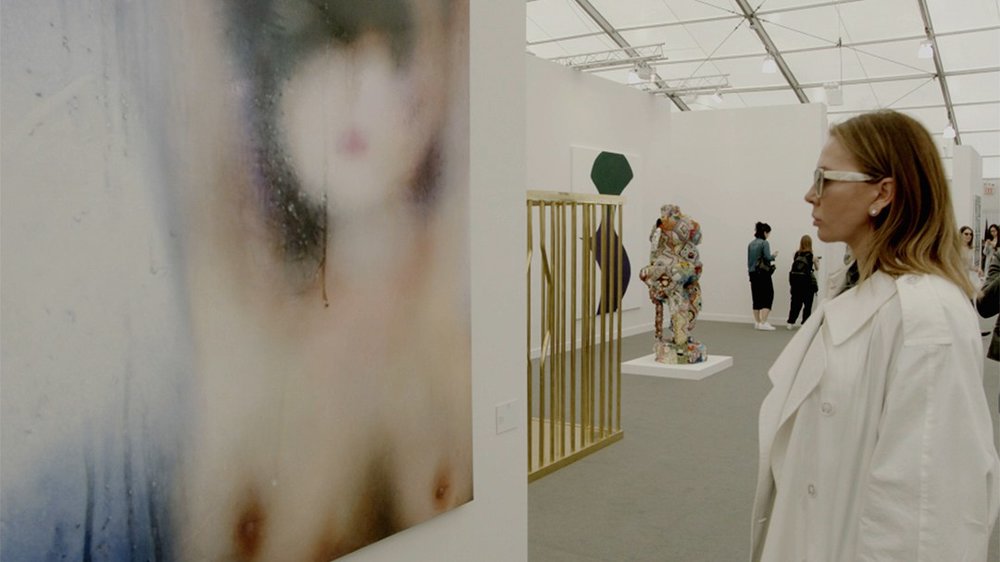 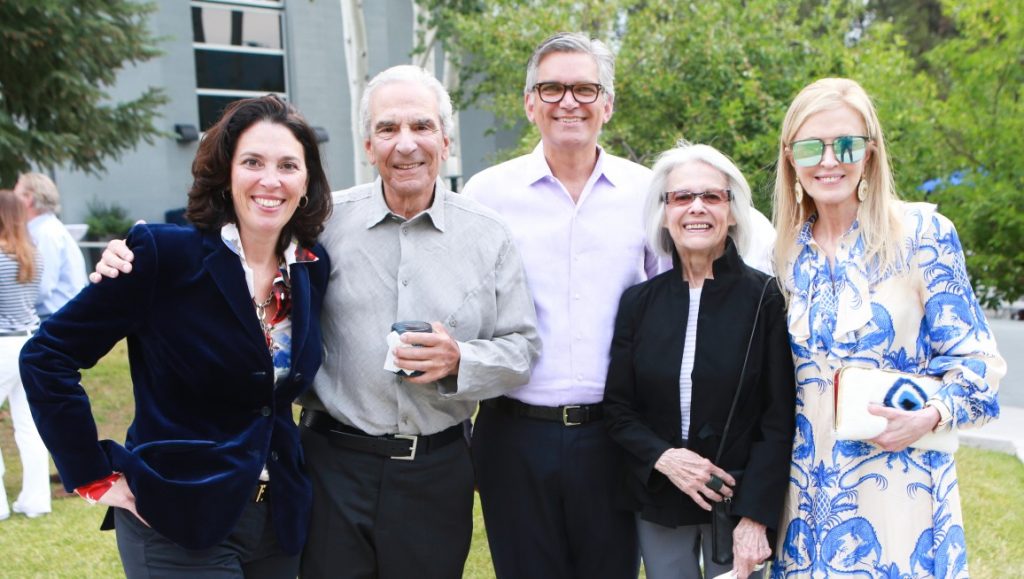 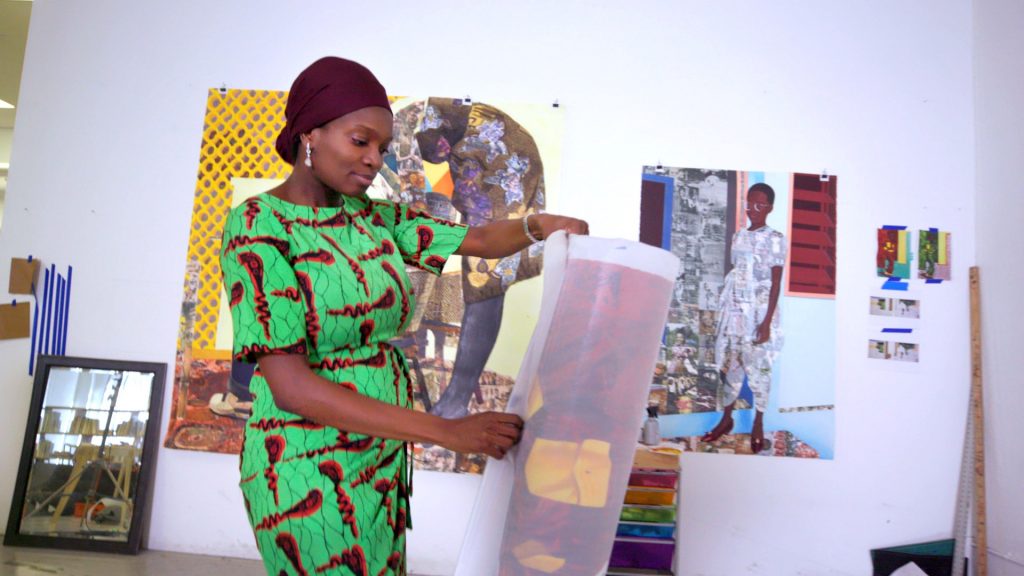