Superchief Gallery NFT, the world’s first IRL NFT art gallery, has curated daily NFT showcases for Scope Miami Beach 2021 with some of the biggest names in the industry presented on digital canvases by WHIM. 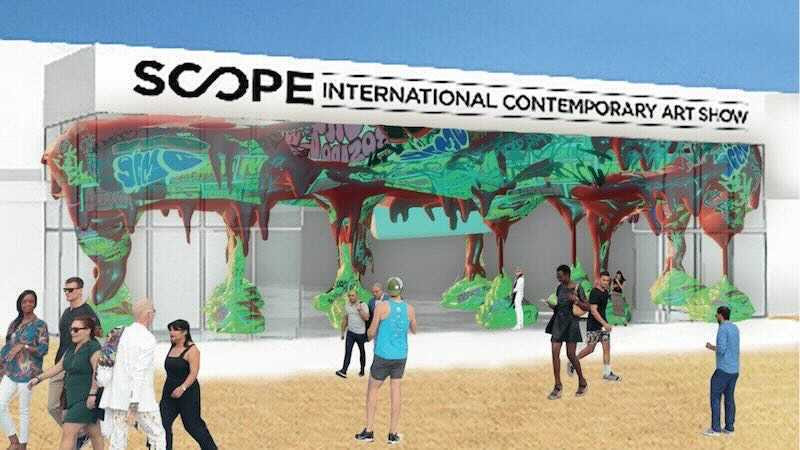 Superchief has collaborated with the WHIM team to design & present a revolutionary installation for NFT artwork. The schedule is as follows:

Delphine Diallo is a Brooklyn-based French and Senegalese visual artist and photographer. Her practice heavily focuses on the spirituality and reverence of the black female body. In her own words, “I want to bring a great new vision of black female archetypes: the explorer, the queen, the goddess, the innocent, the sage, the mother, the caregiver, the ruler, the lover, the spiritual warrior, the magician, the everywoman, so many others. It is the birth of the divine feminine within me (and within all of us) that comes through our families and ancestors, an energy which was once oppressed.” Diallo has been featured in National Geographic, The New York Times, L’OREAL, Time magazine, Esquire, The New Yorker, Nike, Time inc, Gant, The Smithsonian Magazine, United Nations, and many others.

David Wexler is an LA based digital artist and director. He has done visual show design for acts such as Flying Lotus, The Weeknd, Bonobo, Erykah Badu, The Glitch Mob, and Skrillex. His work has been featured in the Amsterdam Film Festival, Telluride Film Festival, and in the feature films Perfect and Kuso. He is also the co-founder of Strangeloop Studios, a visual content production company and Spirit Bomb, the world’s first virtual artist label.

These strange adorable creatures evolved from Jon’s notorious Toddlerpillar doll sculptures created between 2002 and 2011 which were published widely in magazines and art books and frequently went viral in the early 2000s.

This NFT project marks Jon’s return to one of his earliest artistic creations with the mass-birthing of their digital descendants on the Ethereum blockchain. Tim became the project’s illustrator and together they created a generative project of 9,999 Toddlerpillars with over 888 unique and mind-bending traits. Their aim was to bring a sense of playful absurdity and comical horror to the space as well as a level of detail and complexity that was rarely seen in PFP projects.

Joan Jiménez, aka ENTES is a Lima, Peru-born artist who rose to prominence over the last two decades for his highly expressive murals and paintings. ENTES is one of Peru’s most highly acclaimed street artists, painting murals around the world and experimenting with both the medium and presentation of graffiti.

For Scope Miami Beach’s 20th Anniversary, the street art mainstay will transform Scope’s front entrance pavilion into an enormous, immersive graffiti-covered cave. This installation is courtesy of Superchief Gallery and Miami Art Society, made possible in part by Splash.

Superchief Gallery was born out of the underground art scene of New York and functions as an independent artist-run gallery with permanent large scale warehouse locations in New York City, Downtown LA and Wynwood, Miami, founded in 2012 by Edward Zipco & Bill Dunleavy.

As a multidisciplinary and interdisciplinary platform, Superchief Gallery has a near 10 year history of supporting artists from disparate scenes & collectives, enabling them to participate in the larger cultural movement and we are proud to act as an extension of the art landscape in its most raw and honest form.

Superchief Gallery has been working with digital artists since 2015 and when we saw that NFTs were enabling the artform of our generation to finally be accepted by the art world at large- as well as and more importantly, enabling Artist Royalties – we committed fully to this essential future by opening the world’s first physical NFT gallery.

Our goal is to show a new generation of art collectors how to properly evaluate and collect NFTs from both Digital Native & Traditional Artists as well as visually presenting how to live with NFTs as the newest part of their collection at home.

Superchief Gallery NFT is working alongside the hardware community at large to create the industry standard for the contemporary art world — presenting NFT artwork IRL as the artists intended it to be experienced.