When Stina, Lonnie, Vitt, and I first envisioned UP in my Saint Marks apartment, we didn’t really know what we were doing. We were a few determined souls high on the fantasy of potential, manifesting a creative collective that would represent the next wave of art. To ground our nascent idea into reality, I conjured a general road map for our first five issues; Money, Travel, Community, Politics, and Icons. Despite the obstacles, detours, and roadblocks, we stuck to this guide, and having arrived finally, this issue is a celebration of the journey.

Whether this is your first time reading, or you’re a day-one collector, you should know that while we call ourselves a magazine, UP is really more of an anthology; each article a chapter, each story a new perspective. In curating around the theme Icons, we examined the role pop culture plays in informing artistic sensibilities, with this collection paying homage to the creatives whose work imitates, innovates, and inspires. 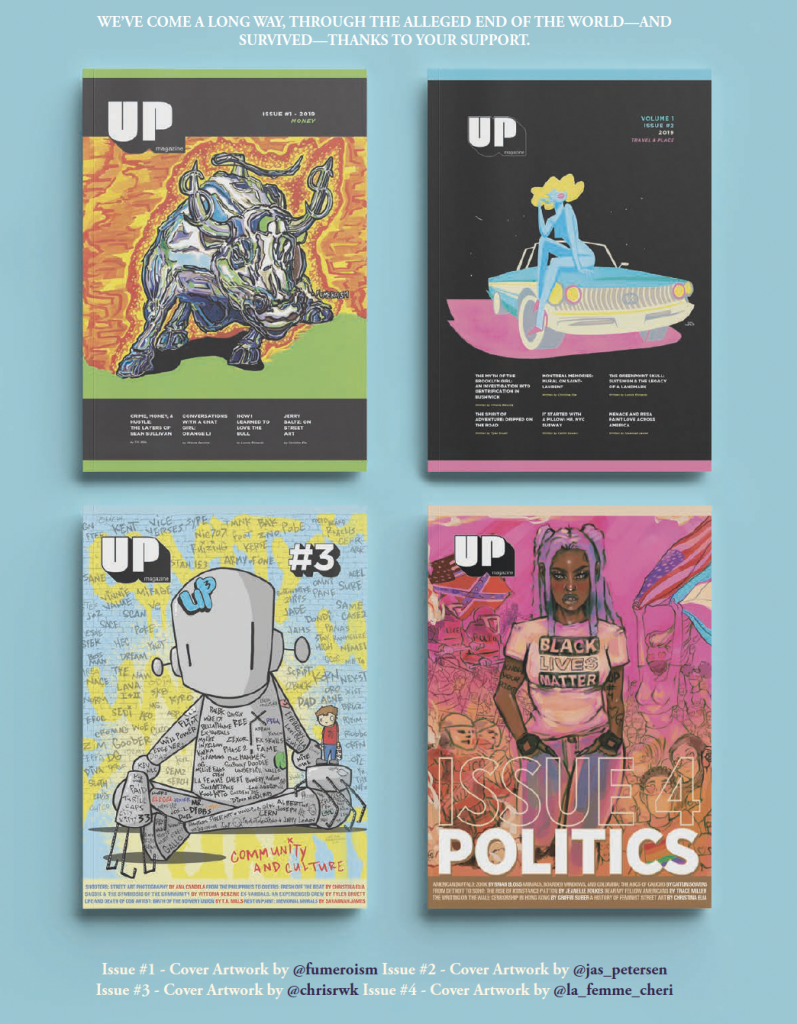 For the cover, we commissioned Jappy Agoncillo, a Filipino illustrator, painter, and muralist originally from Manila, to craft a medley of iconic figures – from legendary artists like Warhol, Basquiat, and Frida, to celebrated pop-culture characters like Mickey Mouse, Bart Simpson, and Spiderman and distinct cultural landmarks like the Brooklyn Bridge and the Hollywood Hills. This assortment of icons is a taste of the ideas within.

Each subsection of this issue features articles on different ideas of iconography. To start, we have Stina’s inspection of Instagram and Artfluencers, and the way social media can elevate or exasperate the role of an individual in the pursuit of fame. Meanwhile, Modern Mythology looks at the way superheroes have transformed modern pop-culture, as stories that are constantly re-examined and reimagined. In Vitt’s profile on CRASH, his artistic journey shows the limitless potential for creatives who put their heart into their art. 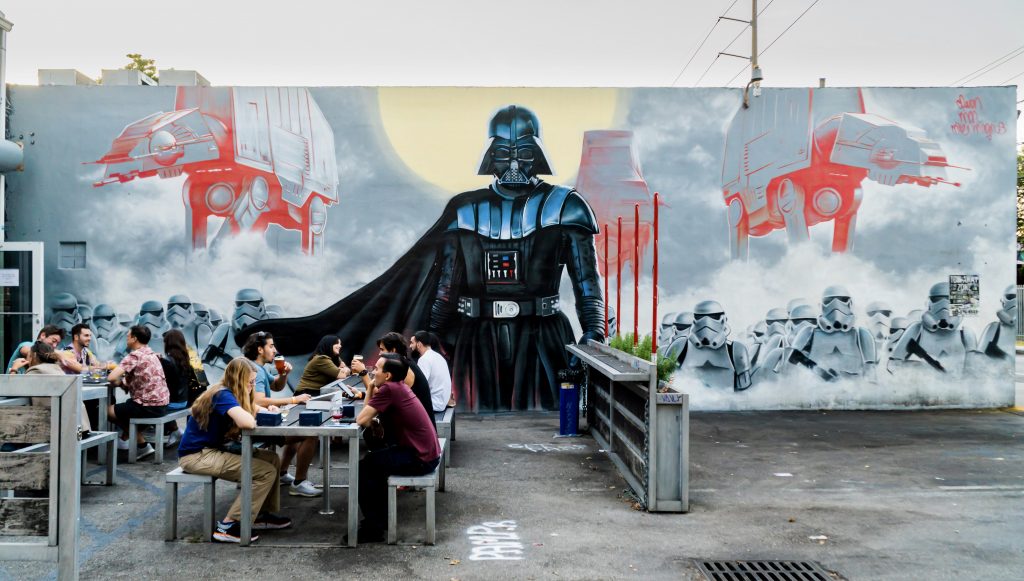 Looking West to Los Angeles, the fabled land of fame and notoriety, Tyler’s study on Life After Death explores how one artist re-invented his creative passion through street art. The City of Angels brings with it rock and roll artists like the infamous MuckRock and music enthusiast Robert Vargas. Taking a step back in graffiti history, Lonnie’s Rebels Without a Pause chronicles the growth of the culture that allowed public art to flourish, whereas Emma’s Boys from the Heights displays the ways graffiti builds communities that last a lifetime, with the articles bookended by bi-coastal graffiti galleries and a comic.

An integral element of an icon is its visual component, and as such there’s no shortage of photos, with this issue featuring a host of curated mural roundups; including Saturday Morning Breakfast style street art, classic cars, work in progress shots, community profiles, and our first fashion editorial – the premier Modvixen volume. Not to mention a few galleries of what we’ve been working on, like our NYC Art League program and our Issue 4 release party. 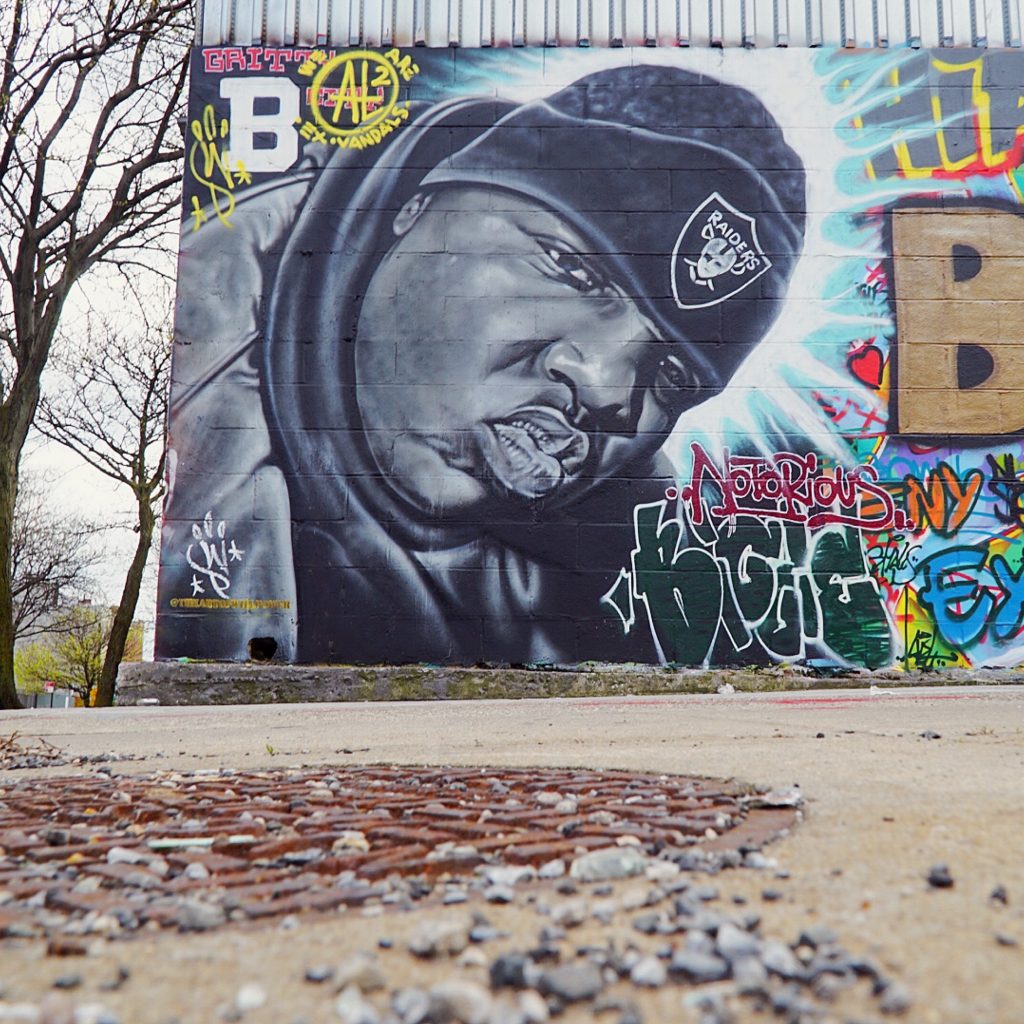 Speaking of Issue 4, we also have a few articles on the intersection of politics and icons. Amir’s Art of a Revolutionary Generation showcases the artists defining Havana’s art scene, whereas Greg investigates the legacy of the American Flag and its artistic interpretations. Meanwhile, Miranda highlights how Amanda Phingbodhipakkiya channeled her pandemic experiences into her artwork which took over Times Square and Time Magazine.

Naturally, there are also articles on A-List artists who have come to define street art. I had the pleasure of interviewing D*Face and Tony Sjöman, aka Rubin415, both of whom were humble despite their superstar status. We also feature Alexandria’s write-up on Ron English, after taking a studio visit to his Beacon home, and Moira’s analysis on the work of Shepard Fairey. There’s also Jeanelle’s study of hyperrealist master Jeff Henriquez and Karen’s sit down with LA’s legendary RISK. 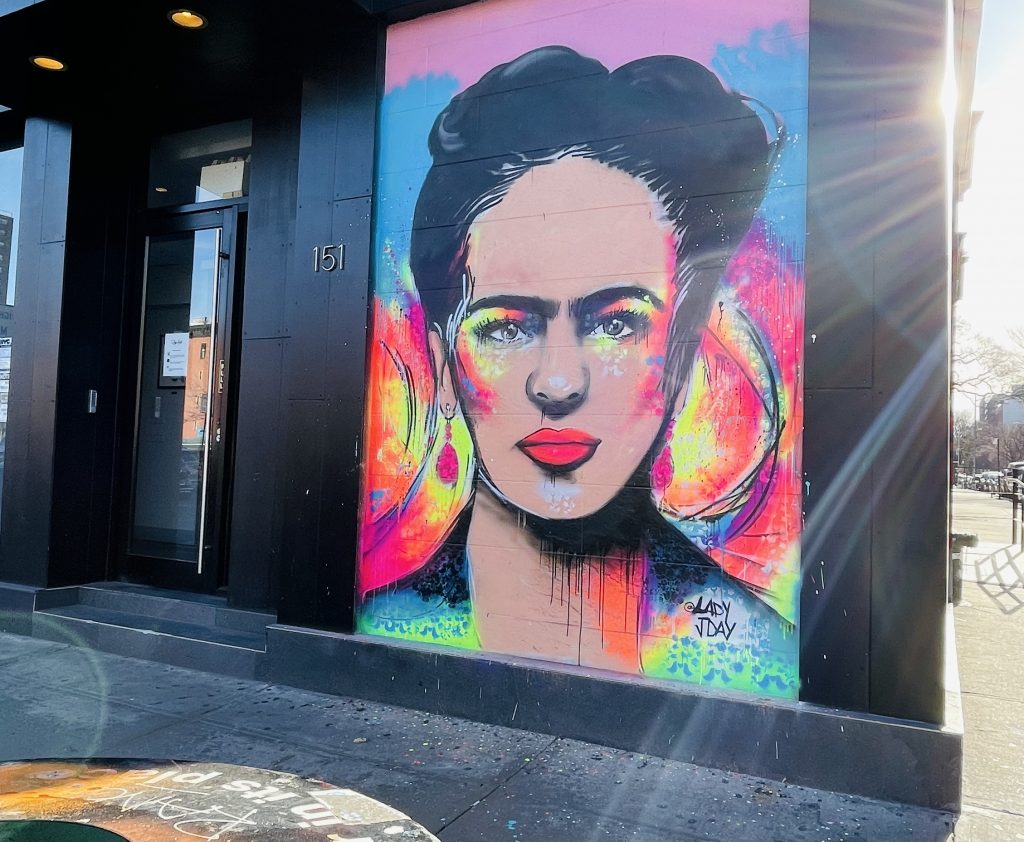 On the flip side, we also carry on our tradition of showcasing up-and-coming artists like Jayo and Ian Cinco, whose pronounced styles are their own form of iconic. Similarly, this is our first issue to feature submissions, with over a dozen artists who sent in works of their own icons and idols.

We close out Issue 5 with Emma’s False Idols, an examination into the idea of idolatry and its religious connotations, in which Emma interviews a Jewish sculptor, a Catholic-influenced muralist, and a Muslim caricaturist. This philosophical piece considers the ways in which we idolize art, ideas, and each other. In the same vein, Claire’s take on the Big Question interrogates our notions of what it means to be an icon. 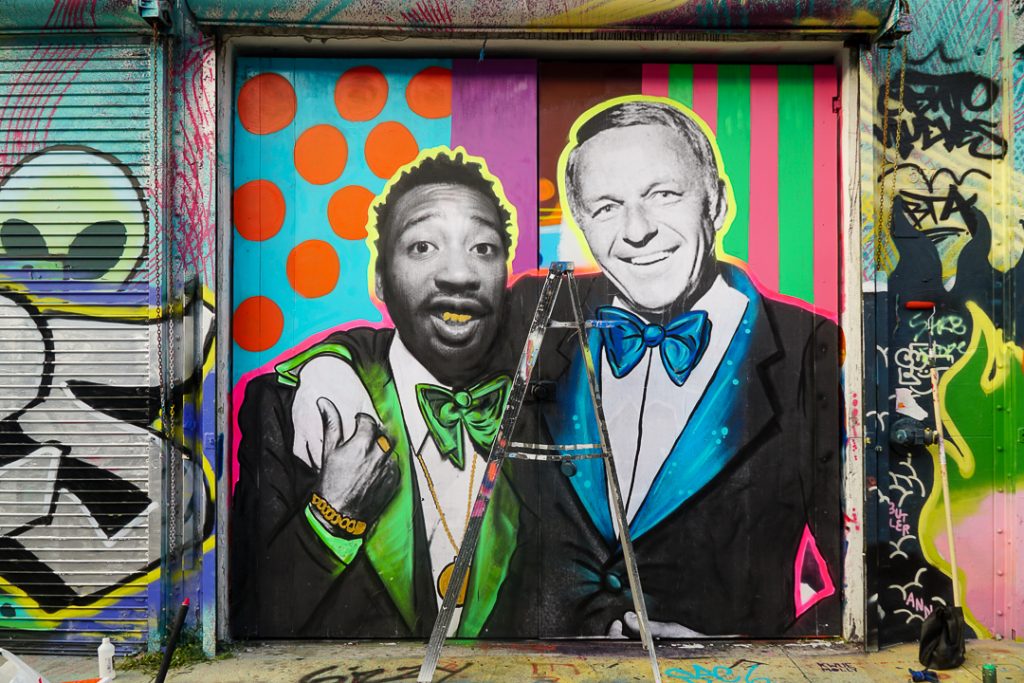 At over 200 pages, Issue 5 is our biggest issue and most ambitious release yet. While it’s a bit presumptuous to assume UP will earn iconic status, it’s certainly something we aspire to. The past 3 years have been a trip, with its fair share of lows even for the rewards of the highs. This urban art voyage has taught me many things – among them, that authentic creativity is inherently risky. Anything is possible, and nothing is for sure. But put in the work and see what happens. I’d wager you find its worth it. And so, as we round the corner into the unknown, traversing the world beyond our roadmap, UP will continue to do what we do best: investigate, inform, and entertain.