Thou shalt have no other gods before Me. Thou shalt not make unto thee any graven image.

Alongside decrees not to kill, steal, or covet, the most central doctrine of the Abrahamic religions is the commandment against idolatry, essentially the worship of false idols. In Biblical times, a false idol would be a clay or stone icon of a god like the Babylonian deity Baal, or a statue of a human being elevated as the messiah. Thousands of years since, the stakes have changed. The ancient Israelites did not have museums, smartphones, computers, digital art, photography, or a globalized world where a few hundred dollars and the click of a button could take them to somewhere beyond their imagination.

For this issue exploring ‘Icons,’ I found myself thinking about how for me, my religious beliefs were a way of rejecting a social landscape that worshipped cults of personality and aesthetics rather than ethics and the human spirit, and resisting the temptation to gorge myself on sugary foods and factory farmed meat, to buy the cheapest, flashiest things, and to treat my body as an object to be optimized rather than a God-given miracle keeping me alive. 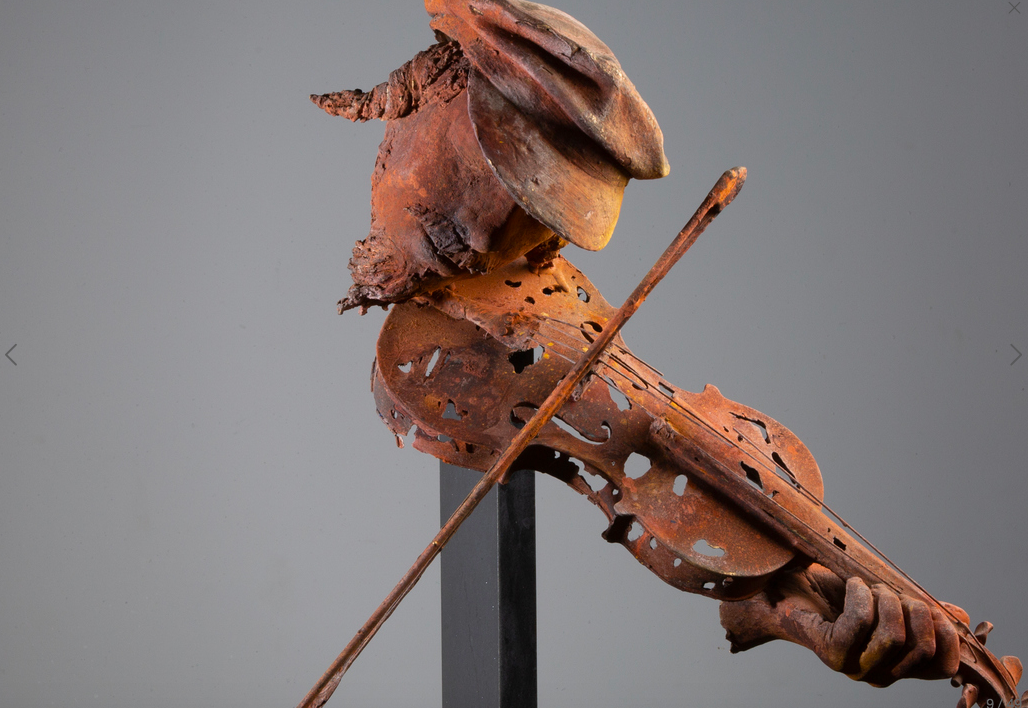 But what does a rejection of idolatry mean for art? Being an artist myself, I can say from personal experience that I long for some degree of attention and power from my work. I spent years honing my craft and there’s part of my psyche that feels like I am worthy and deserve the attention. Being a painter, writer, or musician evolved from a vocation practiced in the salons of Europe or the high courts of Japan to a paid profession in an industrialized world, and the desire for fame and money inevitably became part of it. Who’s to say that contemporary art isn’t just a whole pantheon of false idols? How do you find a balance between the human desire for attention and honoring your art as a genuine expression of the soul?

I spoke to three artists: Zalmen Glauber, a Hasidic Jewish sculptor and the curator and owner of Shtetl Art Gallery in Williamsburg; Dylan Egon, a former Catholic who uses the image of Saint Theresa in his street art stencil “Saint America”; and Nasrin Sheykhi, an Iranian painter whose depictions of political figures and pop culture icons sent the country’s Islamist government after her. I wanted to examine how religion can be a litmus test for how human beings use power, and how regardless of your beliefs, understanding your work and life as a system of idols and ideas tempting you to worship can lead to a more aware existence. Artmakers with religious backgrounds are specifically equipped to make that choice, but the choice of what to worship is one with higher stakes. Art is not simply images or sculptures or words, it’s the closest thing we have to proof of the soul.