More than a street artist, Robert Vargas is a visionary, a community contributor, a creative genius, and he is redefining LA’s wall art game and beyond. He’s a humble man who dreams big, and paints bigger – from the ground, up. 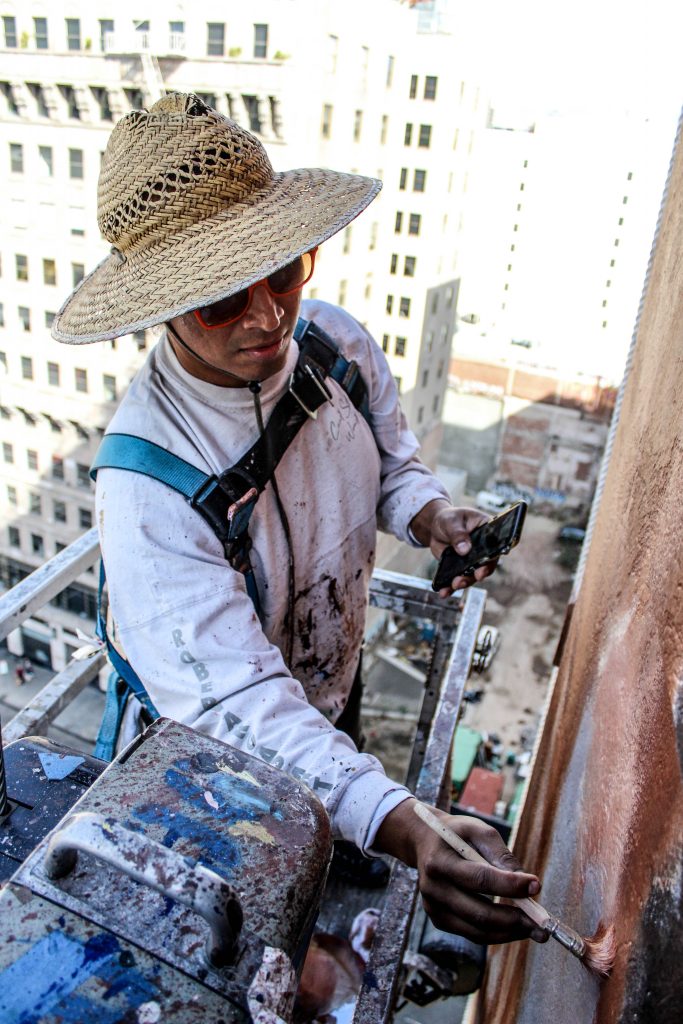 “I see the roots of self and rebirth. I’ve combined my passion for the arts and my purpose to bring communities together through the creative process to strengthen these roots. I believe LA is entering a creative golden age. It’s an exciting time to be in this city,” Vargas said.

“An artist since birth,” that’s how Robert Vargas describes himself. A sixth-generation Mexican-American Angeleno with indigenous heritage who was raised in Boyle Heights, he would grow up and flourish into legendary acclaim in Los Angeles. The artist recalled childhood memories atop his stoop overlooking the Downtown Los Angeles skyline, knowing early in life he “was placed on this earth to paint.” The artist elaborated, “I am a painter, based here in Los Angeles, but for the world,” Vargas declared.

As a native Angeleno, Vargas is no stranger to the walls of Los Angeles. From murals in Venice Beach to the beloved tribute of Eddie Van Halen in Hollywood, to the heart of Downtown Los Angeles where he painted the 4-stories high of ‘Our Lady of DTLA,’ Vargas has gotten up. 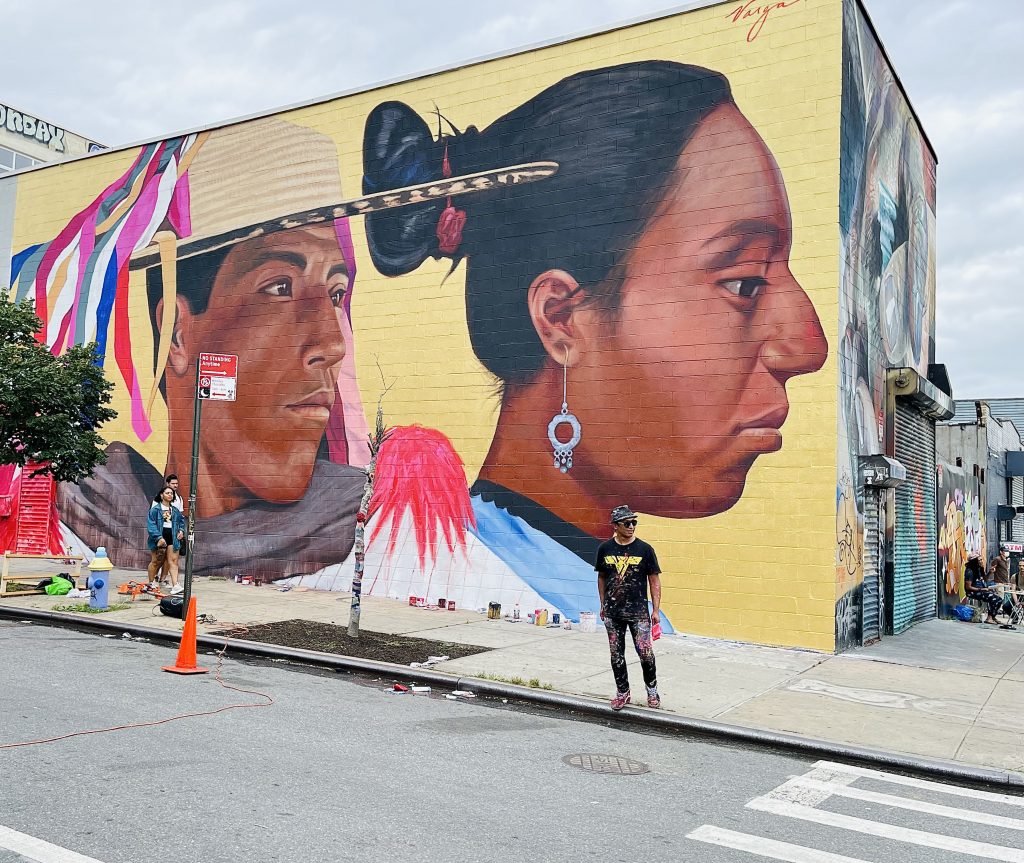 When I spoke with him, the artist was working on his most significant feat to date, ‘Angelus.’ ‘Angelus’ is a 14-story canvas on the side of an apartment building, and the scale matches his ambition: Vargas’ goal is to break the Guinness World Record of the largest mural by a single artist. The piece is a montage of L.A. icons; Angels and Kobe Bryant grace the Angelus facade, and more LA icons have yet to make an appearance. A young Tongva girl, an indigenous tribe from California, is at the center, her eyes bright, holding hands signing the word “unity” in ASL.

READ THE REST OF THE FULL STORY IN ISSUE 5 – ICONS

Ana-Alicia Salazar is a native Angeleno, Art History major, and Preschool Teacher. She has written for BeautifyEarth.org as well as press releases for artists and is currently constructing a blog. When she’s not canvasing the streets of L.A. daily, Ana likes to listen to art and self-help podcasts, and write poetry.