UP5 Preview - Sticker Slaps to 18 Stories: A Conversation with D*Face

With more than two decades in the game and an illustrious career, prolific enough to warrant its own Wikipedia page, D*Face ranks among the living legends of street art. His work has appeared on 18-story facades, galleries around the world, and even a Blink-182 album cover, yet the artist exudes a modest attitude. Telling of his British background, he displayed a cheeky sense of humor and humility.

Speaking via zoom, D*Face and I discussed his career, from the early sticker days to painting on a massive scale, and the sense of dissatisfaction that drove him to create. 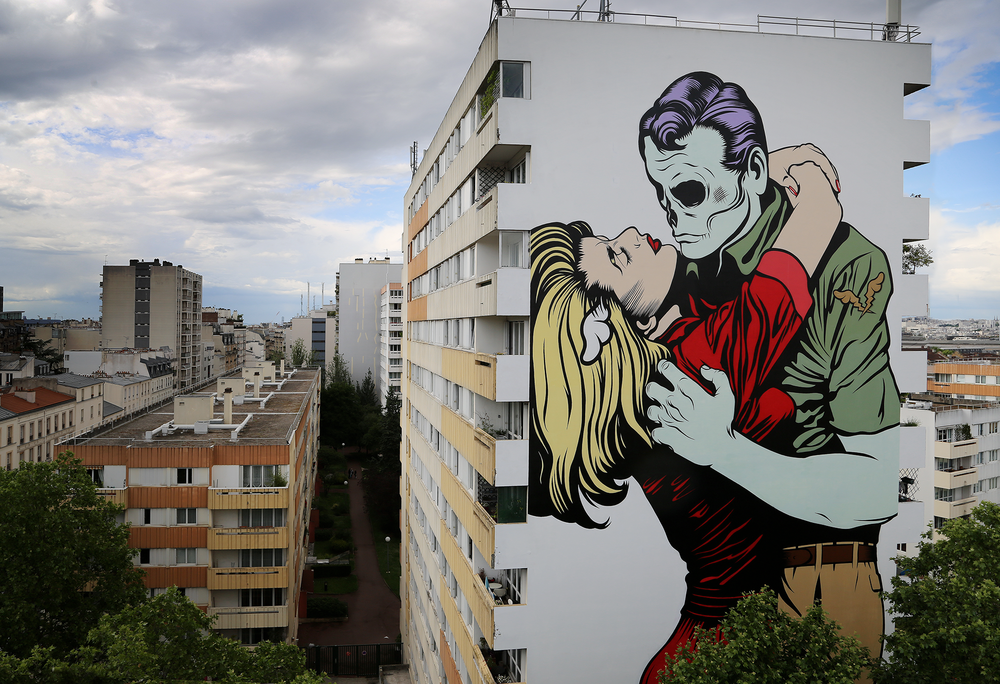 Mills: When did you first start expressing yourself creatively?

D*Face: First, when I was a kid. But way back, I was an academic and the system of education didn’t really gel with me. I didn’t even like the art classes that I was part of the school. I was into skateboarding and graffiti, those things excited me, informed me, and I spent my time digging into them as a kid.

Going back into the early `80s, those things were a no-career move, no opportunity, no future. My parents viewed it as if I was a completely lost cause. What it came down to, was nobody took the time to discuss with me or tell me that there might be an avenue within this thing I was into that could potentially hold a future for me. So, I spent much of my time trying to become — not even a pro skateboarder, just an okay skateboarder. It was never gonna happen, but it did carve me into the person that I am today.

Mills: How did the characters that have evolved into your iconic style come about?

D*Face: In terms of graffiti, I was always drawn to characters, from cartoons as a kid to the graphics on skateboards to graffiti. They all had sorts of characters and that strong black-line, punch-colored fill. I finished university, got a job that was supposed to be great, but at that point, seemed remarkably uncreative. I started to look back at the things that I’d loved most as a kid, which was skateboarding and graffiti. I often sat at my desk bored, doodling on the pad like I did every single day.

One day, a coworker came over and said “Dude, I think there’s something in there. You should try and push that further.” In my head, I was like ‘I’m gonna make some stickers. I’m gonna draw the stickers, cut them out, and then I’m gonna stick ‘em up.’ That was the very early seeds of the character-driven work which started off as a square-headed, bucktoothed, dysfunctional character. From that, I went from a square head to a round head, and that was the evolution of what is now the D*Dog character, which is now over 20 years old. 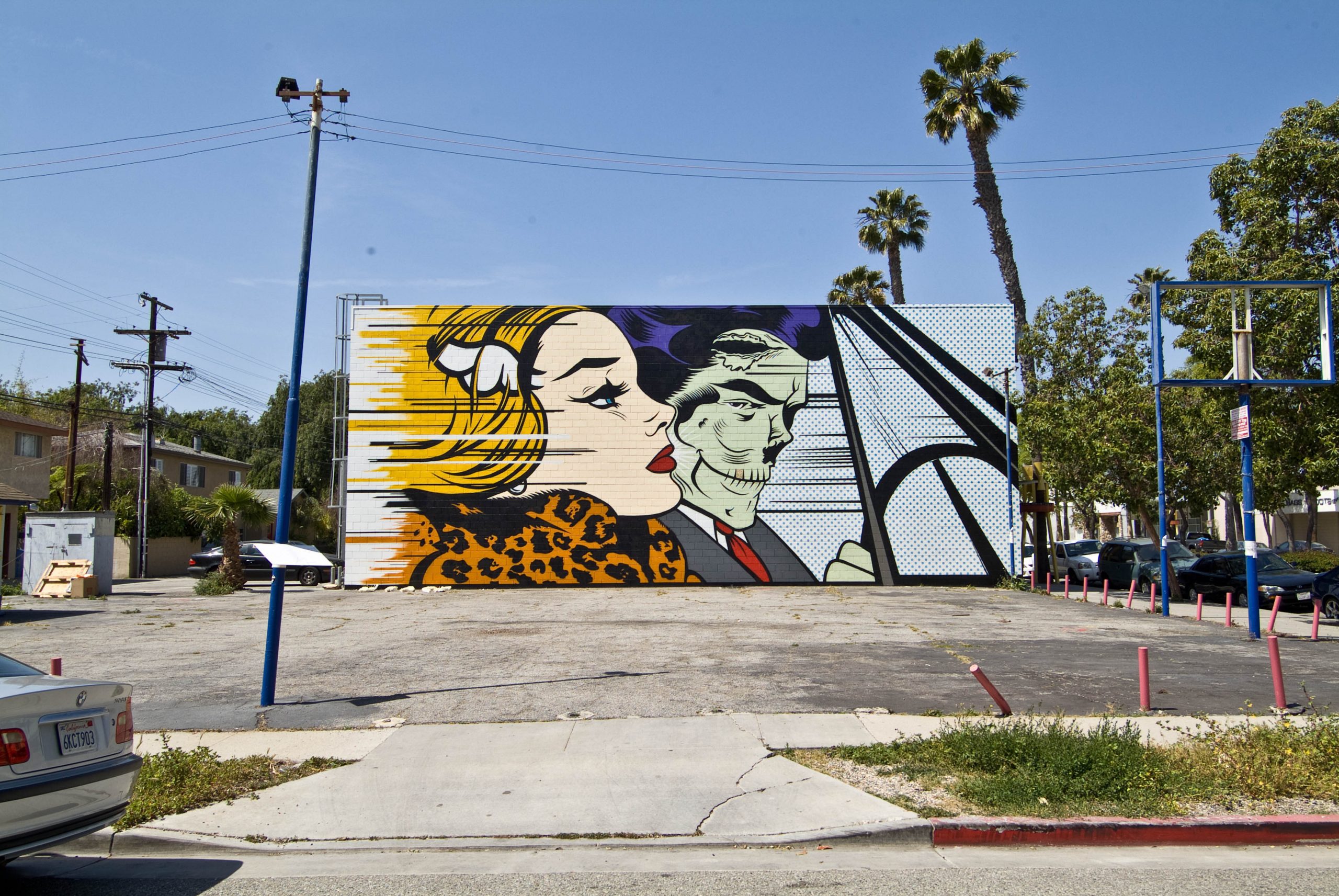 In terms of graffiti, I was always drawn to characters, from cartoons as a kid to the graphics on skateboards to graffiti. They all had sorts of characters and that strong black-line, punch-colored fill.

Mills: Where did the name D*Face come from?

D*Face: Like most names, it’s not a particularly exciting journey. I was drawing these early characters that they looked like faces. I thought ‘These faces kind of sounds like D-Face. I like that.’ It’s a play on the 2 words and the fact that I live in the street and that they are sabotaging the environment in their own way, which is a form of defacing walls.