“We don’t sell durable goods. We peddle perception, thin as a bubble.”

Perception is the most dangerous commodity in satirist Dan Gilroy’s made-for-Netflix thriller-comedy, Velvet Buzzsaw. The film premiered January 27th, 2019 at the Sundance Film Festival and debuted on Netflix shortly thereafter. Profiling the complicated lives of several disgustingly wealthy and perfectly deluded ‘purveyors of taste’ in the world of contemporary art, Gilroy’s caricature of the ‘white cube’ is dark but animated. Though contemporary art and its patrons are an easy – and deserving – target for mockery, the execution feels like a heavy-handed cheap shot. To say the film cut corners is an understatement; this film is a circle.

Things kick off at Miami’s Art Basel, where we’re introduced to the revered and narcissistic art critic, Morf Vandewelt (Jake Gyllenhaal) as he flits through exhibits, unimpressed and removed. However, the film really gets going when a mysterious painter whose body, and later visionary works of art, are discovered by the ambitious young buyer, Josephina (Zawe Ashton). She’s thrilled, of course, as she immediately sees his haunting works as a profitable opportunity. However, her boss Rhodora Haze (Rene Russo), swoops in to seal the deal for herself. Though the artist, Vetril Dease explicitly expressed that his work was to be destroyed upon his death, Rhodora sells his paintings at an astronomical rate to the rich and clueless… Until she and her friends pay the ultimate price.

After a very slow start, with little character development (and an ill-placed love plot involving Morf and Josephina), things get surreal. Morf begins suffering from hallucinations that he attributes to Vetril’s disturbing imagery while the paintings themselves engage in a poltergeist-like vendetta against anyone and everyone who has profited off of their exploitation. While it’s not a satirist’s job to leave an audience with a subtle or subjective theme, the way Gilroy persecutes the ‘purveyors’ left a bad taste in my mouth. It’s too obvious; it underestimates the depth of the audience, which is wholly disappointing. The entire film is reminiscent of Dan Brooker’s Black Mirror series. Lighting is gloomy and subdued; it’s set in the present day yet somehow presents itself so palpably futuristic and disorienting as a fever dream. The visuals are striking, sexy, and salient, but hard to appreciate when the film feels like it wants to be more plot-based than it really is.

Supernatural forces tear at the seams of the reality and psyche of LA’s finest as they receive their comeuppance for the misguided greed that led them to poach Vetril’s work. Between the absurdist characters and surreal subject matter, there’s a lot going on, albeit, little to no real action. The film’s most redeeming scenes are the murders, which are gory and unexpected. (Though, being brutally murdered by a painting could be a hell of a lot more exciting.)

One plot point that stands out amongst the rest is Josephina’s demise. She’s just been dumped by her new graf-head boyfriend, waiting for a car to retrieve her when she realizes she’s outside of a gallery. It’s clearly after-hours but the doors are open and she lets herself in. The work doesn’t interest her; it’s a street art gallery, certainly not her scene, and she’s soon distracted by her phone. She calls Rhodora, who addresses the fact that Vetril’s work should have been destroyed in the first place. We see the paint slowly drip from the canvases and make its way toward her. By the time she realizes what’s happening, it’s too late. She’s screaming, coated in colors that she can’t shake. Later her face is immortalized into a mural. This was a nice touch; it seems perfectly fitting that Josephina suffered a death by the art she overlooked. Her downfall wasn’t driven by greed but by her careless, naked ambition. It really is a beautifully dark scene that highlights the inconsistencies of the film. How did that paint kill her? She’s screaming, but we don’t really understand why. It’s fine; we’ll bite, but we’ll be a little confused about it.

Velvet Buzzsaw is Gilroy’s third writer/director credit of the past five years. As the son of Pulitzer prize-winning playwright Frank D. Gilroy, writing is in his blood. His earliest penman credits date back to 1992, when he worked as a co-writer on the thriller Freejack. Gilroy made his directorial debut with the 2014 film Nightcrawler, also starring Jake Gyllenhaal. His previous films have been generally well-received. However, in an interview with NPR, he reveals this hasn’t always been the case. He states that the concept for Buzzsaw came from a painful experience he had sitting on the beach in Santa Monica, broken up over a failed project he’d spent over a year working on (Superman Lives). While watching the tide come in, he began to come to terms with the ephemeral nature of all art. He explains that while examining this critical truth, he felt compelled continue making work for himself, rather than to please the box office. Velvet Buzzsaw brutally deconstructs the relationship between art and commerce, prompting viewers to understand that money and success do not necessarily determine quality.

Though the film is thematically cohesive, the plot delivery misses the mark. The film is so clearly critical of consumerism and capitalist culture that it seems disingenuous to be coming from the world’s most ubiquitous streaming service. The critique reads as intended to validate lowbrow art culture, however a big-budget powerhouse like Netflix is incapable of successfully executing this act of ‘solidarity.’ It’s an iteration of a concept that’s been done countless times before; the surrealistic components are fun but not particularly fresh. Velvet Buzzsaw may be selling perception, but I’m not buying it. 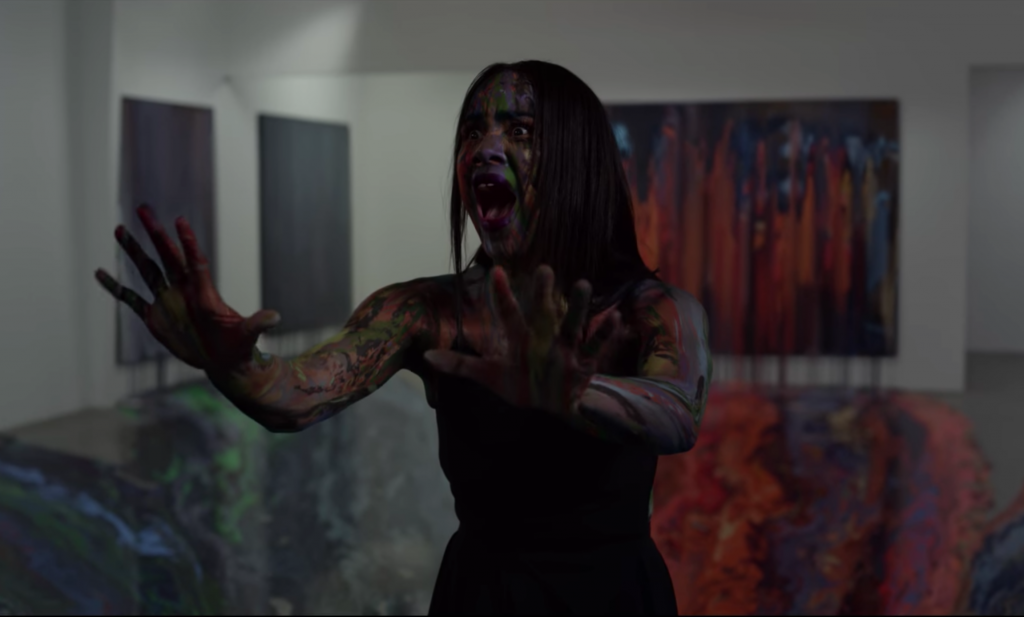 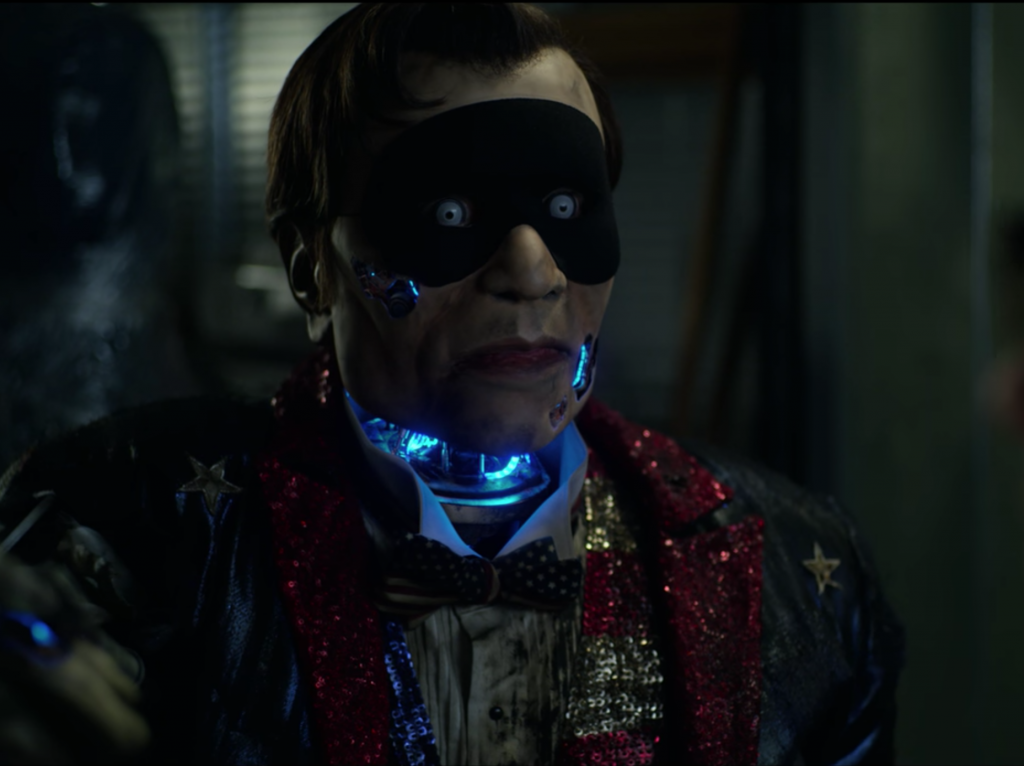 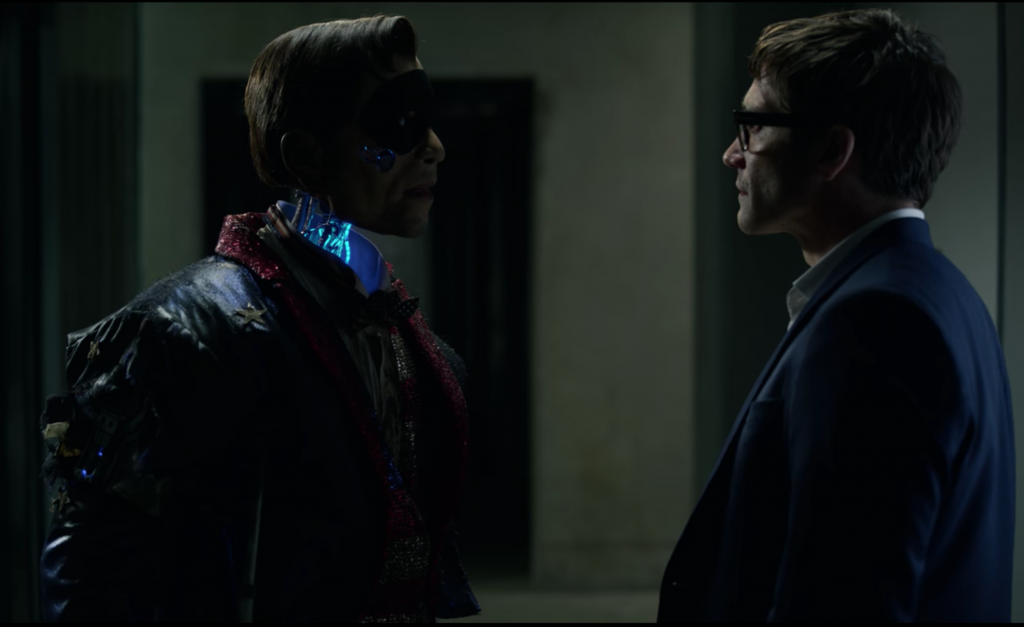 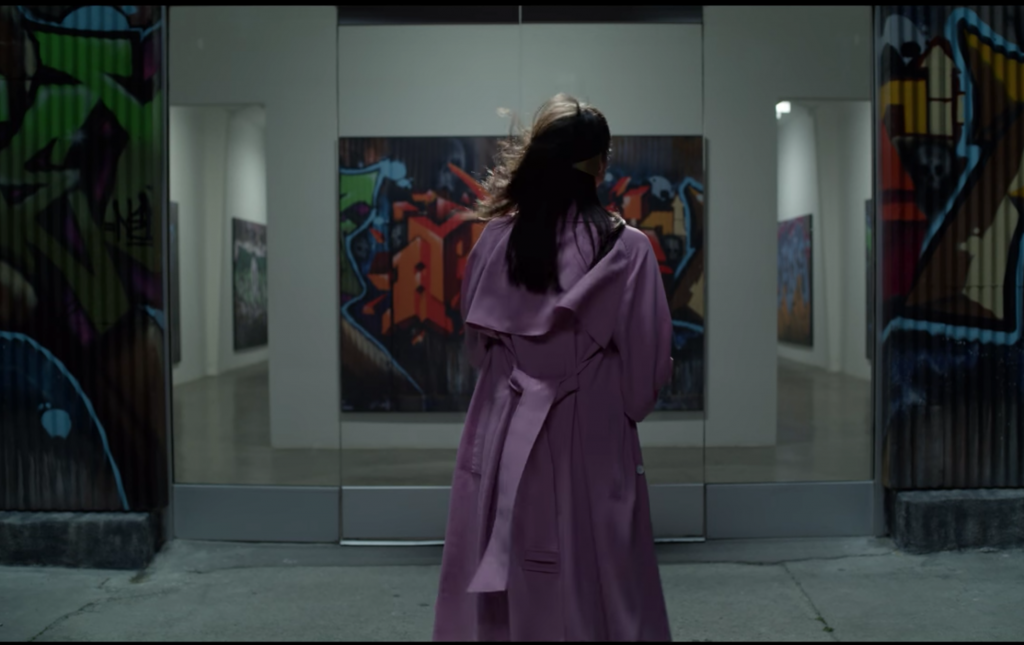 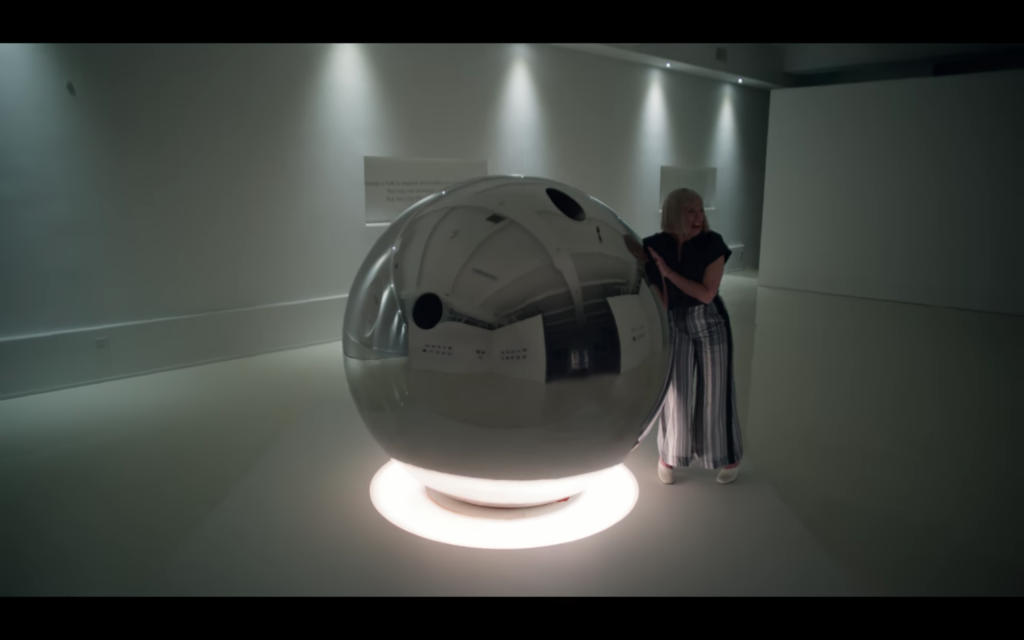 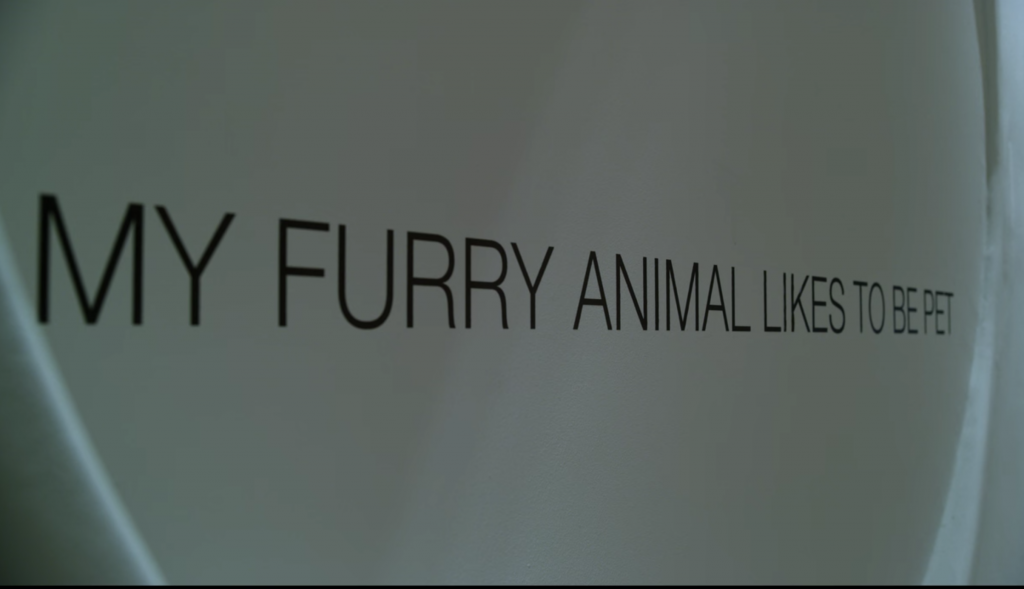 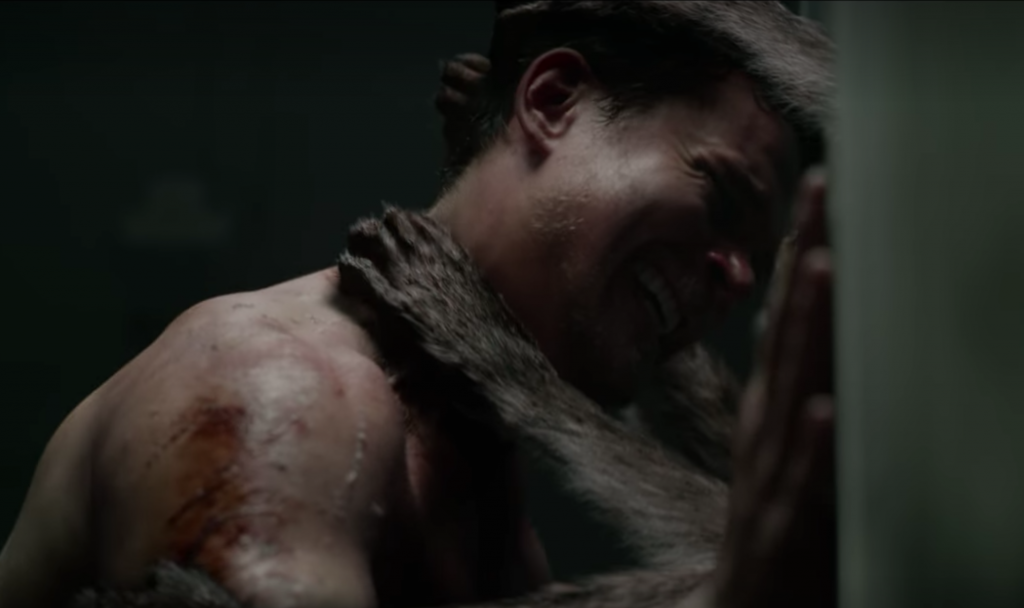 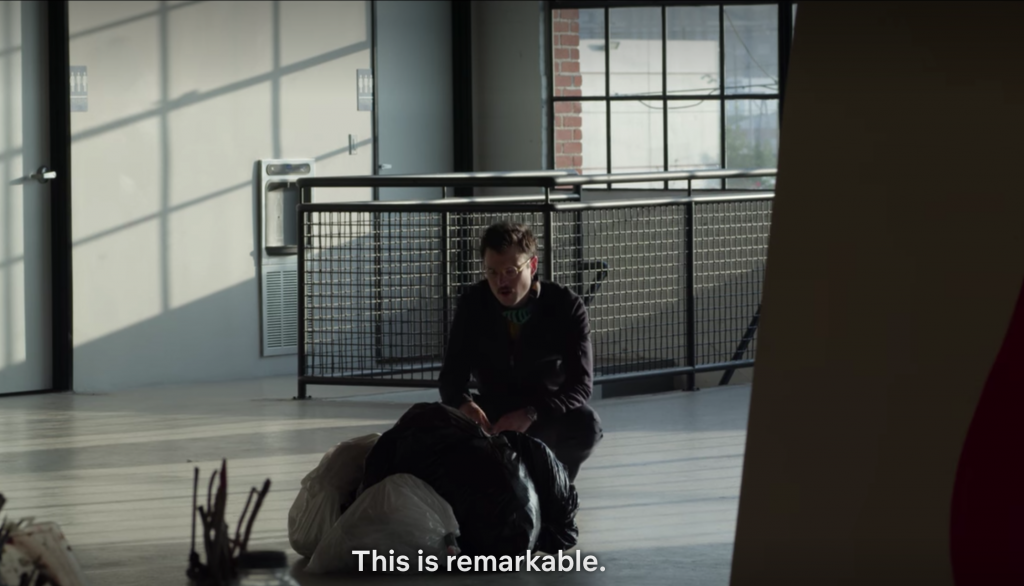 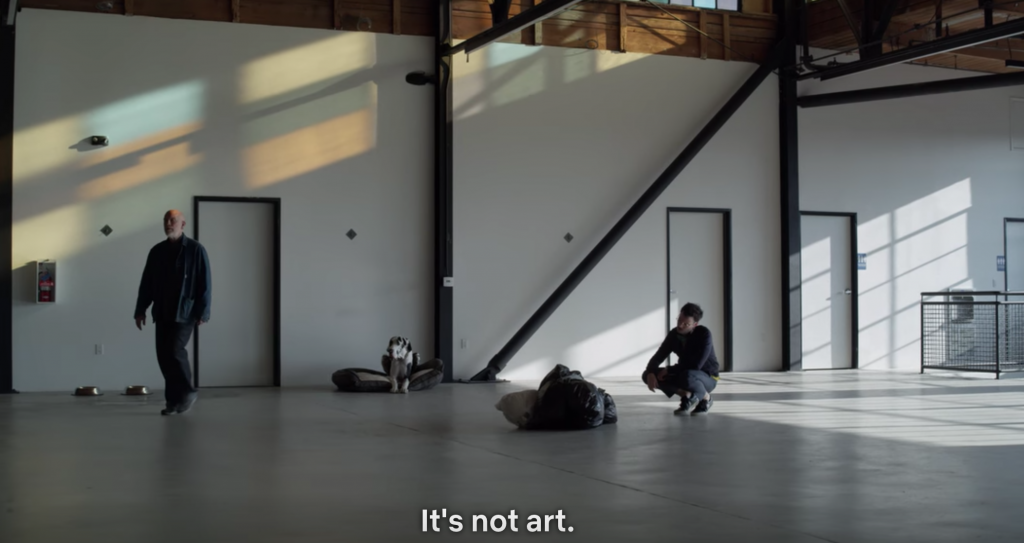 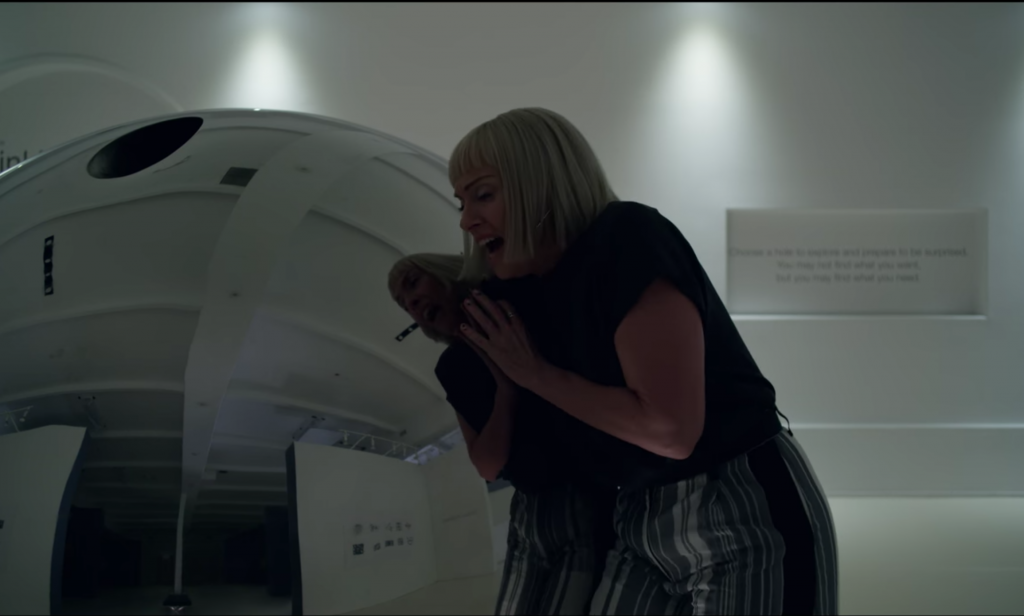 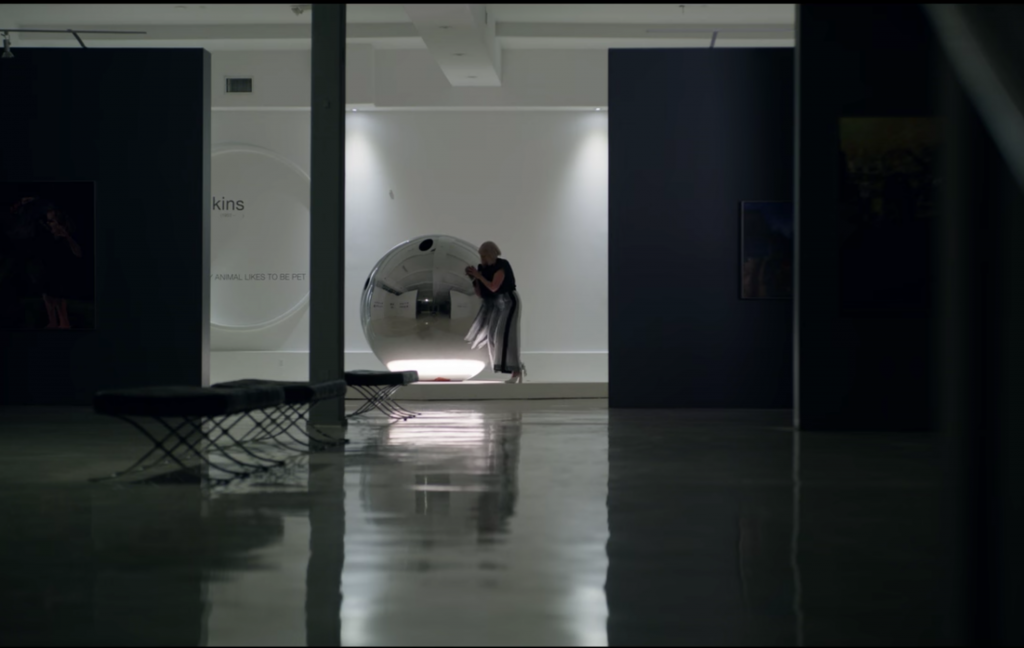 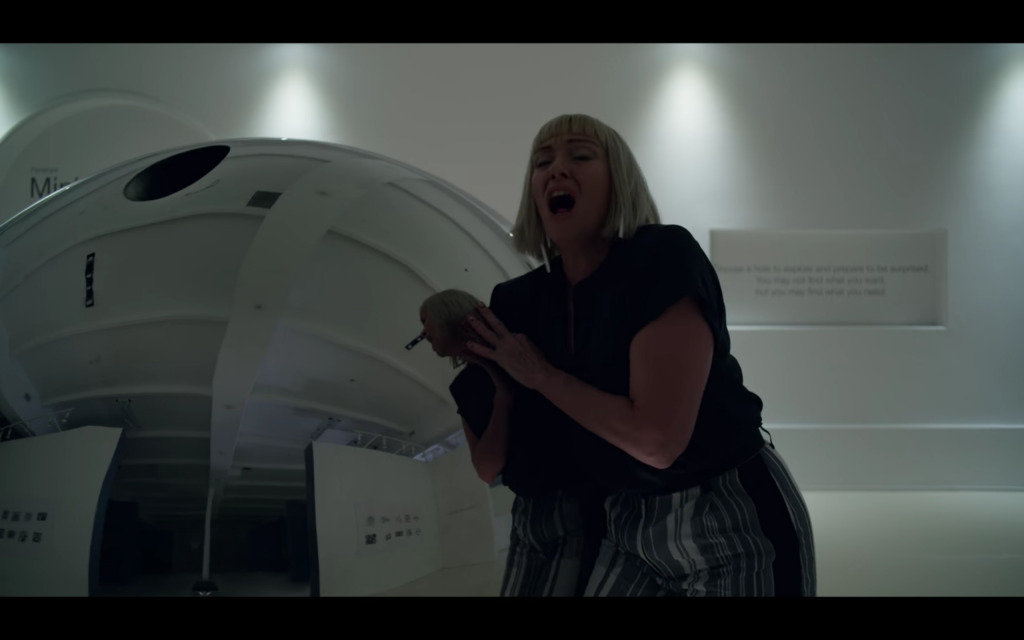 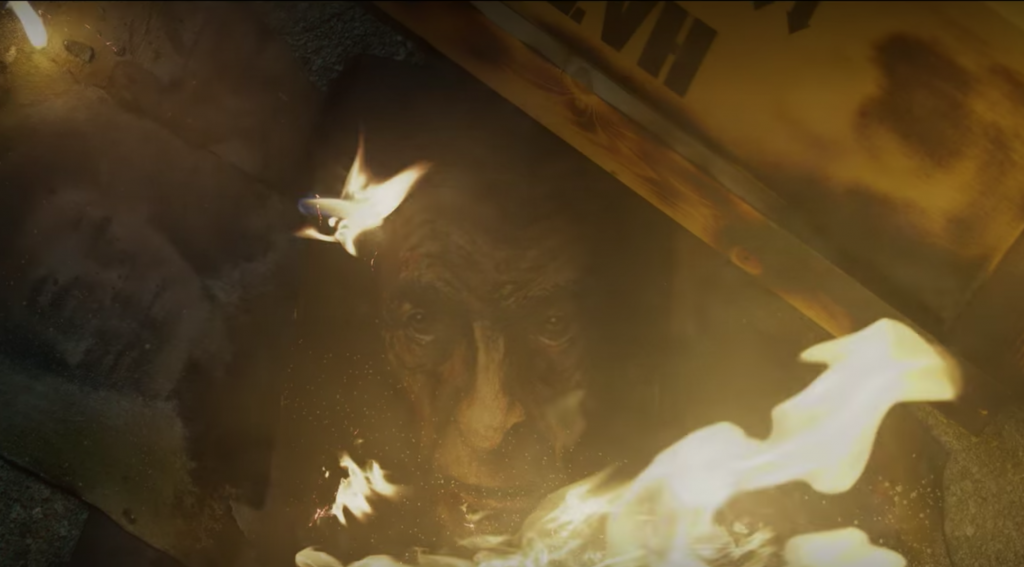 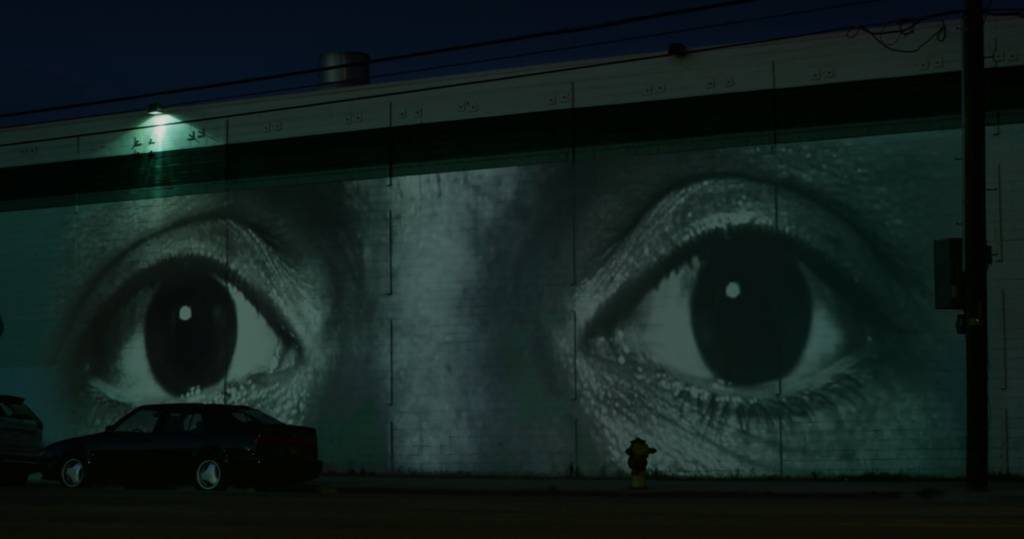 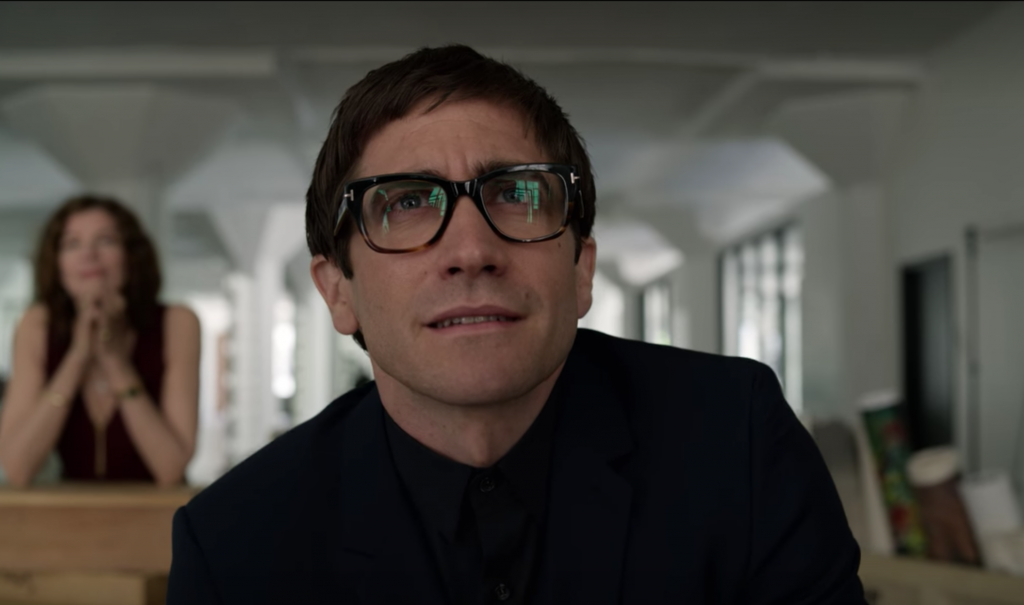 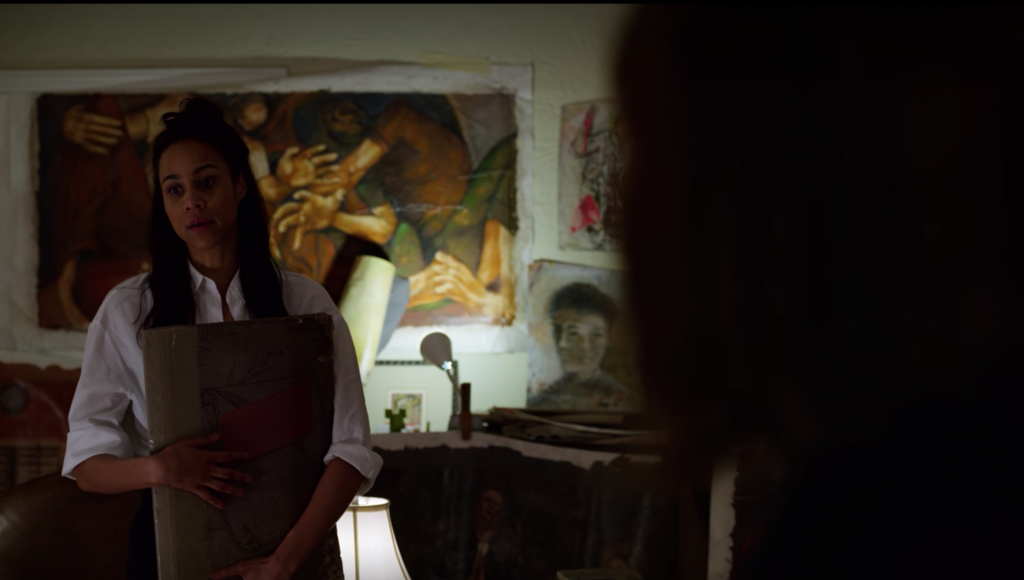 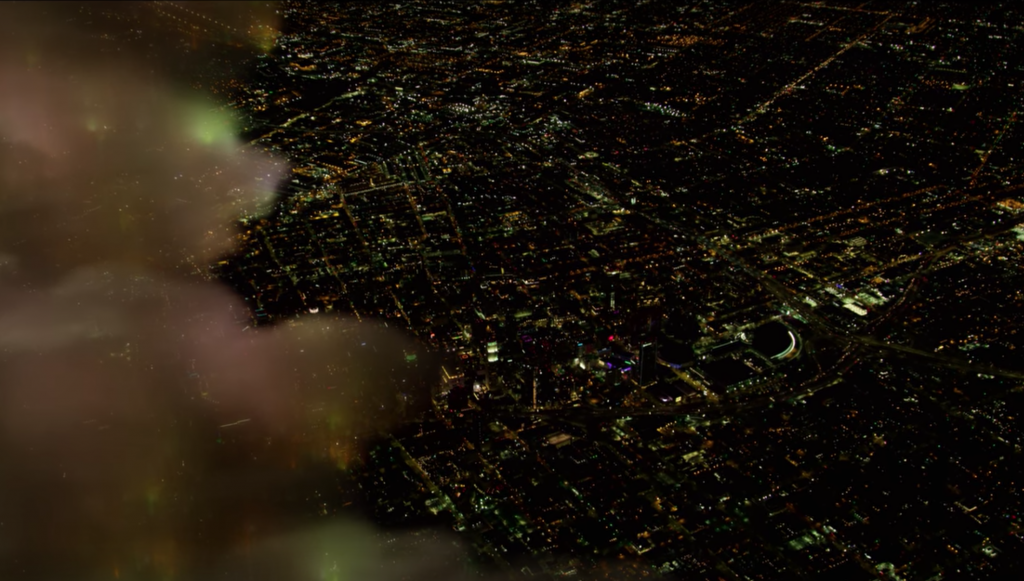 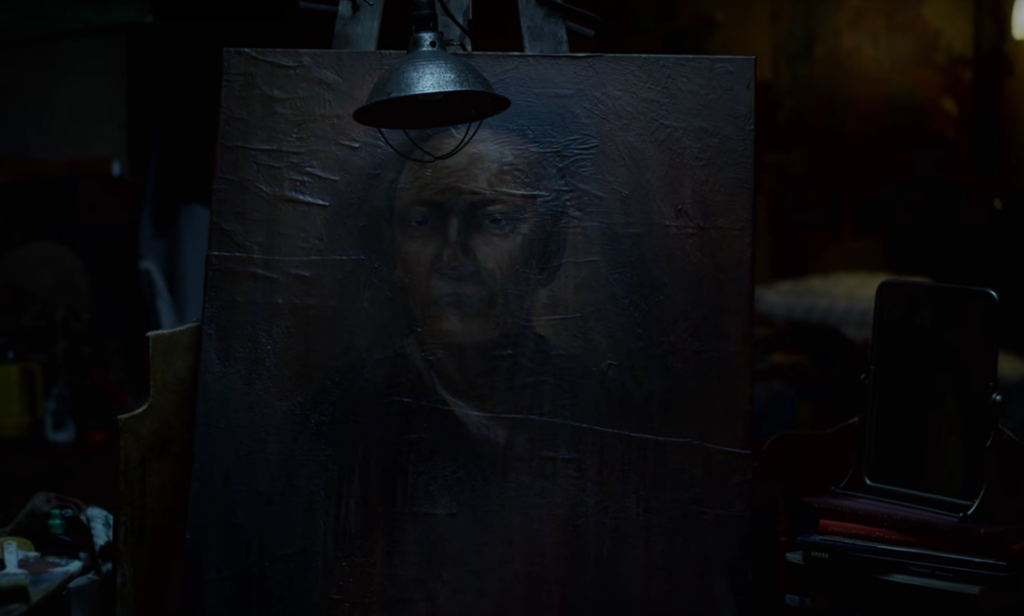 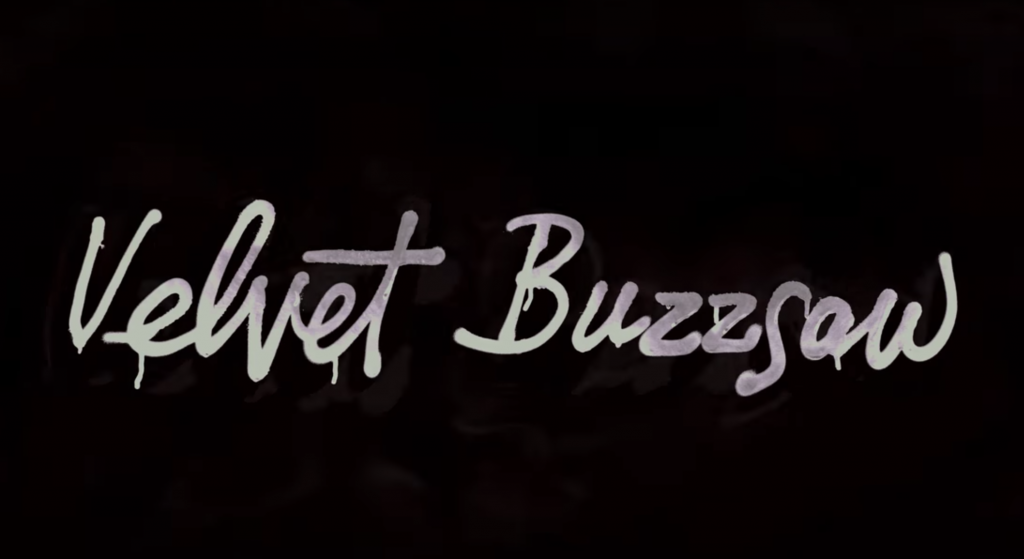 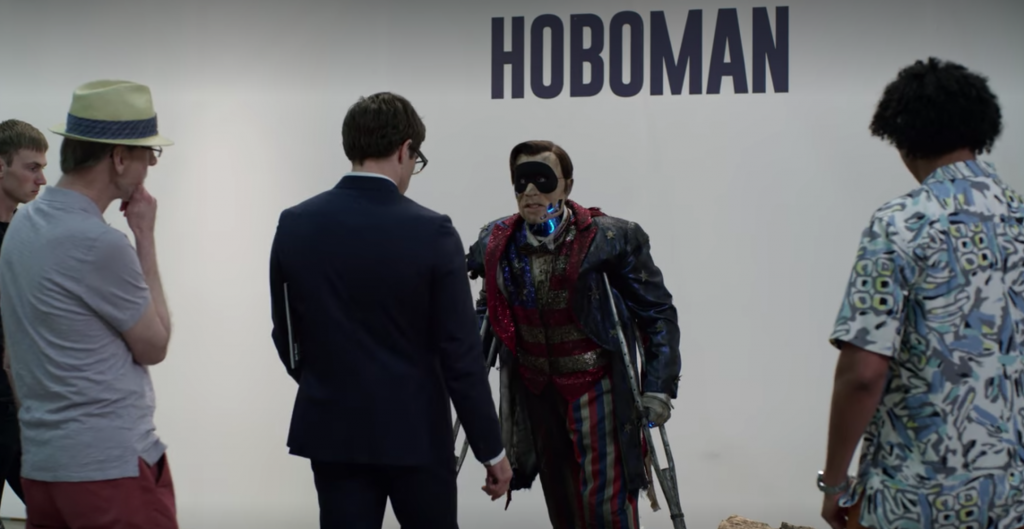 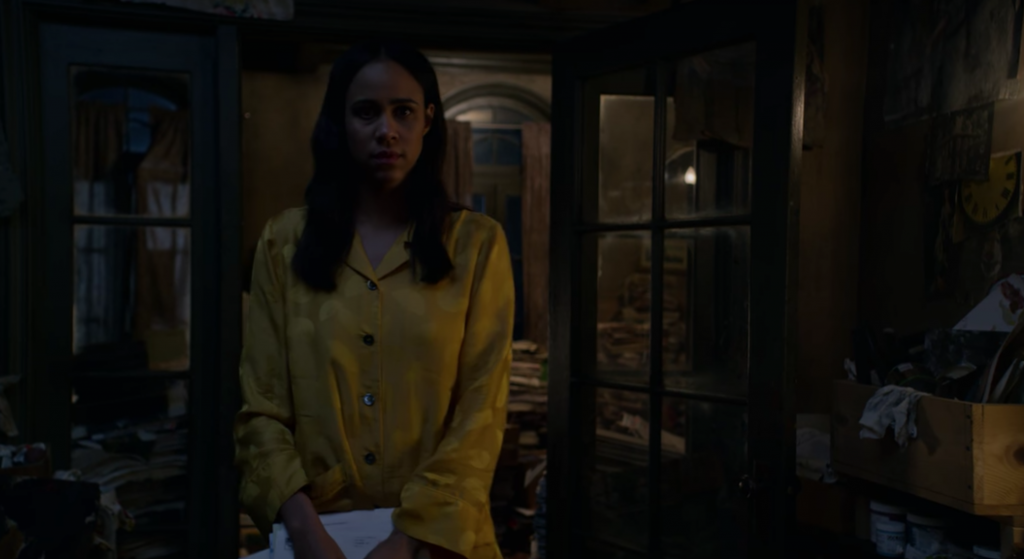