If you’ve been following @3alxNYC on Instagram, you’ve noticed that they enjoy creating a bit of mystery. Their elusive posts inform followers to text ‘Pipebox’ to 31996, which results in a confirmation that the texter has been placed on a VIP Launch List. Though one may deduce what’s in store by the promotional photos, rather than directly explaining the product, 3ALX instead asks viewers, “what’s in the box?”

I got the chance to chat with Adam Levine, the mastermind behind the operation, about how he developed his concept, as well as his designing and manufacturing process. My original questions concerned the artists involved, but I soon learned the project’s artistry exceeded my expectations. The combination of painting, jewelry, pipes, and high-end collectibles produced by 3ALX yields products that blend artforms, each deserving high praise for their versatility. Practical uses aside, each pipe created by the new endeavor is unique, custom designed by some of the best jewelers in the country, and crafted from precious materials. Their packaging is also unique; each box is a one-of-a-kind, original creation, adorned by scene’s best street artists.

“I can’t help [but] smile when I think about it… every time I show it to someone who has seen a lot of shit, they’ve never seen it before,” Levine beamed.

“I can’t help [but] smile when I think about it… every time I show it to someone who has seen a lot of shit, they’ve never seen it before,” Levine beamed.

The original idea came to him through happenstance. It was supposed to be a funny anecdote his friend relayed, but to Levine, it was a stroke of genius.

“It was 2002. Snoop Dogg was big on the scene and the term ‘bling-bling’ started to come into everyday vernacular. I remember Snoop Dogg had this chalice cup; it was gold with diamonds. I was with some friends, and we were driving to a clothing optional beach. We’re driving, and my buddy was smoking out of a pipe in the back of the car. As he was taking a hit, he was like, ‘Yo, wouldn’t be awesome if we had pipes made out of gold and diamonds like Snoop’s cup? All blinged out?’”

The remark stuck in Levine’s brain, and his mind set to work mapping how such a pipe might be produced. The thought process consumed him. He recalled, “it was my first time at a nude beach, my girlfriend was topless, and I couldn’t pay attention to her.” Instead he catalogued his connections in the jewelry industry and began silently pulling names. 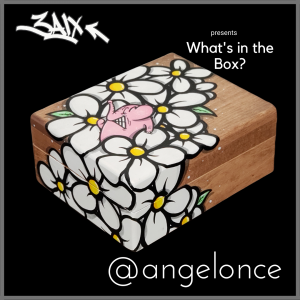 He had a prototype made, but before the project could fully come to fruition, life happened as it always does. The project was put on hold, Levine got married, had children, got divorced, and initiated few other business ventures. Ironically, the impetus that reincarnated the 3ALX concept stemmed from a family activity.

“After my divorce, I really wanted to build a relationship with my kids, and I needed something fun to do. I was out in the Lower East Side one night with friends, and I saw all these amazing images on the street. It was a special appreciation that I started to feel for street art. I started to show my kids all this artwork, and then I started to find out about these art shows. All of a sudden, I had something to do with my kids, something to explore. Within two to three years I started buying pieces, the kids started collecting stickers, and we would reach out to artists and they would send us stuff. What happened was, all these artists made my kids smile.” 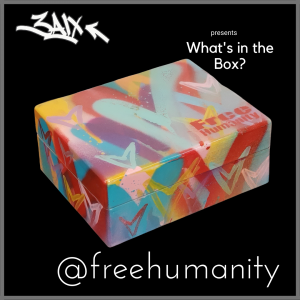 With new discovery comes new opportunity, and a revelation dawned upon Levine.

He explained, “one thing I learned about the street art community is that they all support each other. That’s pretty much how the whole concept started. Like, what can I do to help share this with other people, and hopefully have good fortune on our end and share that with other people?”

“After my divorce, I really wanted to build a relationship with my kids, and I needed something fun to do. I was out in the Lower East Side one night with friends, and I saw all these amazing images on the street. It was a special appreciation that I started to feel for street art.”

Levine approached some of his favorite artists to float the concept. They readily agreed, mentioning other artists who would be interested as well. Through artist referrals, he was able to build a roster of 30 prominent street artists to decorate his custom-designed boxes. In terms of their designs, he didn’t set any rules or restrictions, other than asking artists to avoid politics. 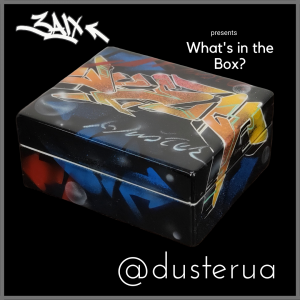 The quality of the art and the enthusiasm he received was more than he could have hoped for.

He was thrilled to find how thoughtful that artists had been with their submissions. “Sarah O’Connor,” Levine remembered, “pulled out these blues to match the [pipe’s] emeralds. Duster did this awesome, old school, graffiti with the shine and his lines were perfect. T Kid 170, he put magic on the box. He sprayed with these burgundies and blacks.” The producer was enthralled with all the results.

Along with the exceptional art, equal care was devoted to the craftsmanship and ingenuity of the boxes and pipes themselves. Post-paint, the boxes were embellished with resin, while the pipe’s prototypes were cast years earlier. 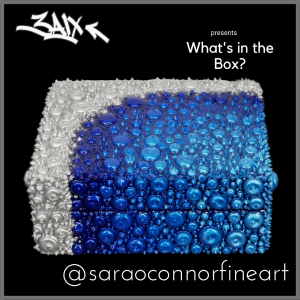 On the original methodology, Levine explained, “they would wax mold, brass mold, all these things, whereas today it’s done more through a CAD program. But the original guy who made the pipe passed away… those secrets went to the grave. Working with jewelry designers and casters in the city, we were able to reverse engineer the idea and figure it out backwards from all the stuff I had in the past, which was quite the feat.”

Overcoming production obstacles was only half the battle. When COVID-19 wreaked havoc on New York City, Levine was forced to adapt. “The boxes were in the middle of being finished, when the virus hit… My guys hit me up and said, ‘hey, if you want your boxes you gotta come pick them up now.’ They were all still in pieces and covered in resin. So, where we have those hinges, where we have those channels, that were machine-cut for precision, I had to cut the art resin out of the little channels with a razor. So, instead of working on marketing, I’m up at eleven o’clock at night with an exacto knife chiseling away.”

The current state of affairs has forced the producer to adjust his plans in other ways. Initially, the project was to culminate in an art show, but with social distancing measures in effect, Levine has pivoted to a digital release.

The current state of affairs has forced the producer to adjust his plans in other ways. Initially, the project was to culminate in an art show, but with social distancing measures in effect, Levine has pivoted to a digital release. “Our idea was to have a show with shelves and have the boxes on tables for people to pick up and hold and look at, the bottom and look at the sides, and open it and not only see it, but feel it. These boxes are heavy, pure-made wood, raw…  when you hold the pipe, it’s so dense that people would feel like they’re holding a five-pound weight. It would’ve been a whole different art experience, and that’ll happen in the future when this is all done. The best thing we can do for now is this livestream show.” 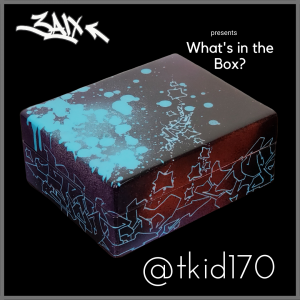 Not one to be stopped, Levine built hype around the campaign through the ‘what in the box?’ campaign, utilizing artist networks to reach his audience.

The VIP show went off without a hitch. It was the first time the platinum, jewel encrusted pipe had been introduced to the world. With the help of a model and his friends at Silvertuna Studios, Adam gave an in depth look into each and every box, examining the top, bottom, sides, and inside while providing a commentary describing the artwork and the concept behind the pipe. The pipe lays on a velvet pillow inside each box, its diamonds and sapphires sparkling, even through the lens of the live feed. At the end, it was revealed that the legendary Al Diaz had designed a box, having decked it out in a gritty and strikingly stylish manner, with the iconic SAMO tags in the spotlight. 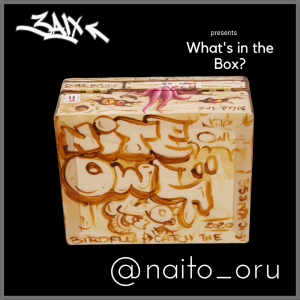 If the future, envision deeper customization, allowing customers to design their own pipes and commission artists to do the boxes. Further down the line, they’d like the artists to design signature pipes as well. Levine elaborated on his enthusiasm for collector’s items; how you can make one of a kind pieces of artwork, and its value appreciates over time, both financially and sentimentally. He also elaborated on the sense of community he’s felt and would like to reciprocate. When I told him I was jealous, that I wanted a personal pipe with a piece of art attached, he said:

“Write a kick ass article, get the Pulitzer prize, and we’ll talk. Support those who support you, that’s the biggest message from what I can say. People say it’s bullshit but it’s not, you gotta give, to get some back. And I think that the artists who have come together for this project, they’re giving what they can to show the world their talents, and that they believe in something unique and original and something that no one has ever seen before. They’re giving their time and their effort, and it’s my duty and my responsibility to give as much as I can, to get them out there. Because I promised them that they’d all be included in whatever kind of press we can get and whatever community we can share this with, I’m promoting all of them and I love each and every one of them. They’ve all given their heart to me and I’m giving it back to them.”