Writers on Wax - The Sound of Graffiti

Writers on Wax – The Sound of Graffiti is a series of vinyl records showcasing the development around the phenomenon of graffiti, with graffiti writers producing music under their alter ego. The fact that graffiti writers also produce music is a development that is underexposed in the ever growing (commercial) interest in graffiti. Writers on Wax offers these creators a platform: a tangible product for their musical talent, expression and experimentation. We give the music a right to exist. Not to help the makers with their ‘careers’ but to prevent it from remaining unheard. The project and also the makers are young at heart. Spontaneous. Disinterested. Graffiti is freedom. 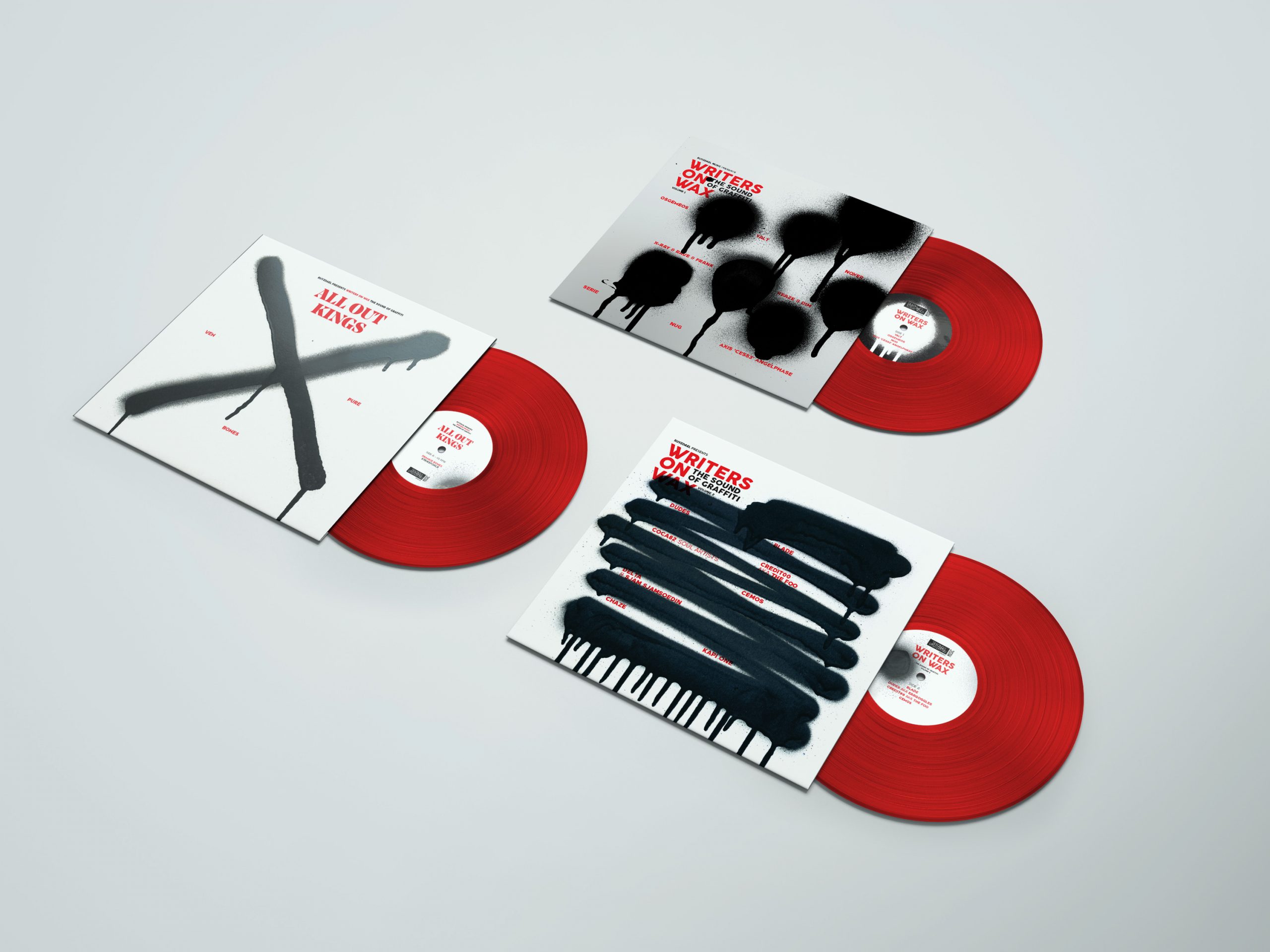 Graffiti originated in New York during the financial crisis in the 1970s. Graffiti was then an escape from this crisis and a way to share companionship, fun and creativity. Identity was creatively expressed (and shaped) by urban youth in a way that did not require money: the city was their canvas. A community emerged here before it became a trendy term. In the 1980s, partly due to the emergence and rise of hip-hop music, graffiti became visible beyond US borders. Music videos, record covers, newspaper and magazine articles, documentaries and films introduced graffiti to an audience that did not live in New York or America. Music therefore played an important role in the growth of the graffiti phenomenon. A phenomenon that was embraced worldwide by creators, brands and galleries while being reviled at the same time by governments, transport companies and the shops of those same brands. 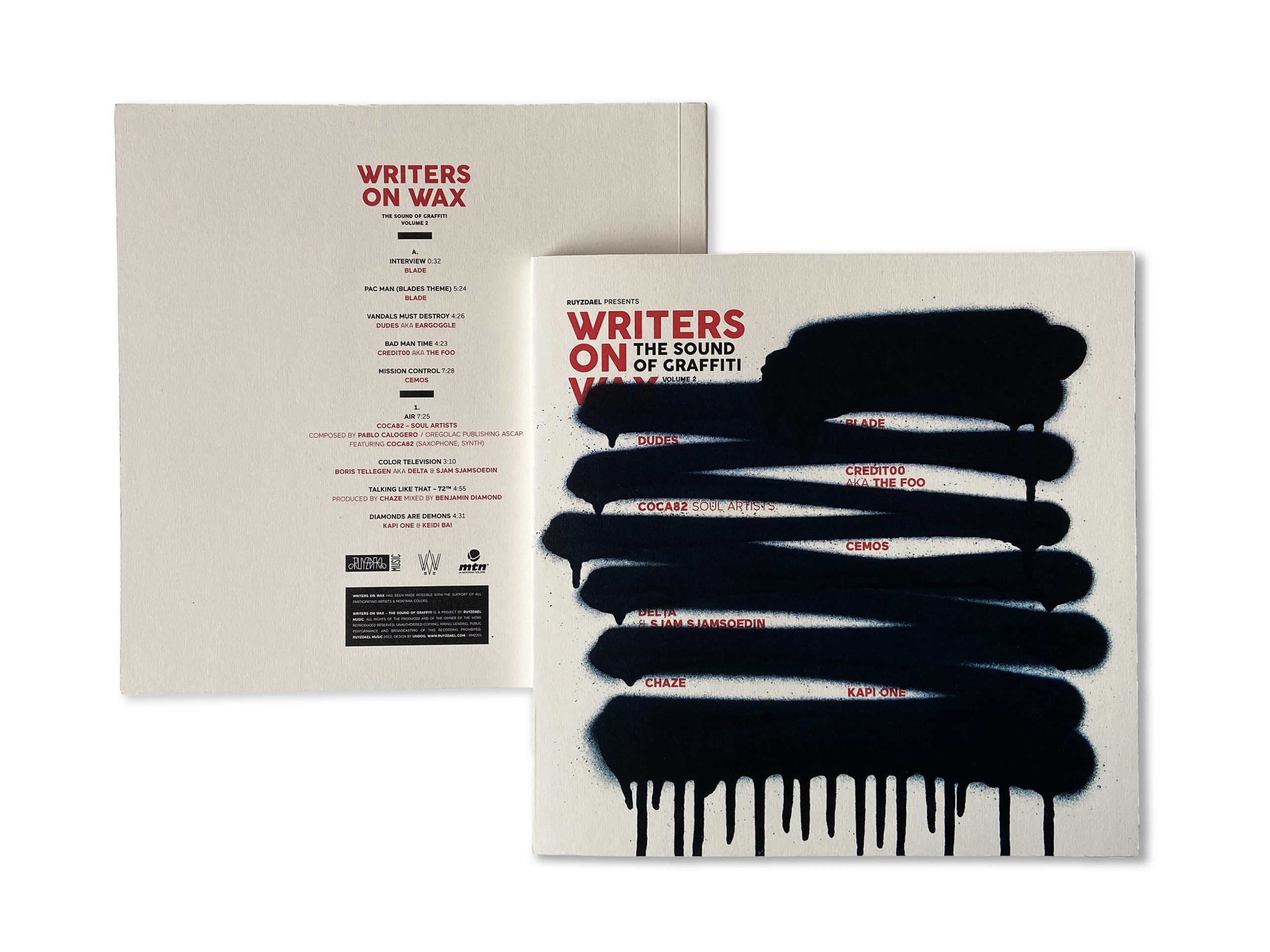 There are now three releases in the Writers on Wax series, with a total of 19 tracks by 19 writers. All the writers featured on the releases are writers who are (have been) relevant within the spectrum of graffiti. They are all people who have made their mark in the niche through innovation, style or perseverance. Initially, therefore, ‘names’ and only then ‘music’ were selected. If there is a ‘name’ in the selection who is perhaps less relevant as a writer (or has been), he is relevant as a music producer and has still earned his spurs in graffiti, bearing in mind that these professional music producers are often not known to be graffiti writers and would like to keep it that way. 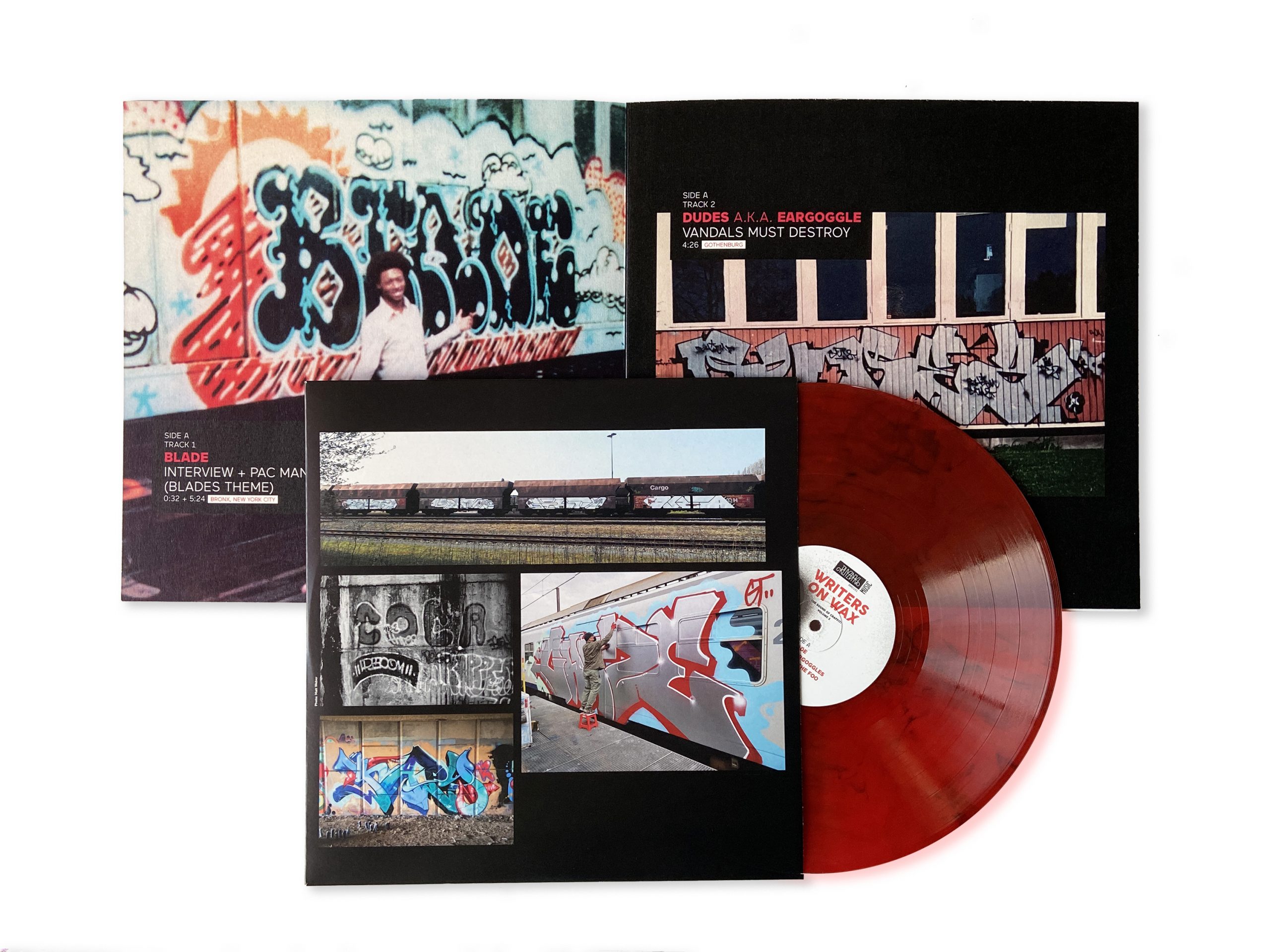 Writers on Wax: The Sound of Graffiti Volume 2 is the second compilation album (vinyl and digital) of music produced by an international selection of artists with a background as graffiti writers. Starting with a funk track by New York-originated graffiti pioneer BLADE, we bring together music by creators from various generations and nationalities.

The project proves that hip-hop and graffiti are not inseparable – which is the cliché that lives on. New media, forms and representations show that the same inspiration, energy and eloquence from New York’s 70s and 80s are still relevant, but also that graffiti is constantly reinventing itself. Experiences and skills gained in the night and on the streets are performed in an accessible way, bridging (musical) disciplines as well as generations. Graffiti lives, develops and grows. Amsterdam based Boris DELTA Tellegen, with his musical contribution, is a sublime example of this ongoing development. A younger generation exemplified by CEMOS, also an active producer, known as a graffiti writer, is also represented.

The Sound of Graffiti is a project that resonates with the city and the times. Makers reflect on their own background, but also on society and the origins of graffiti. Just as graffiti cannot be pigeonholed, neither is the album. Graffiti has its own rhythm and sound.

To bridge the gap between the visual and aural work of the makers, we want to create an exhibition in a space where a selection of the visual of the makers featured on one of the three releases will be shown. This is work that refers to their roots as graffiti writers, but transcends this and stands on its own. Part of this exhibition is the release of the new album. We will initially present this exhibition during Art Basel Miami at the Museum of Graffiti and then go ‘on tour’ with Amsterdam as our first stop.