Press Release: WRITERS ON WAX - THE SOUND OF GRAFFITI 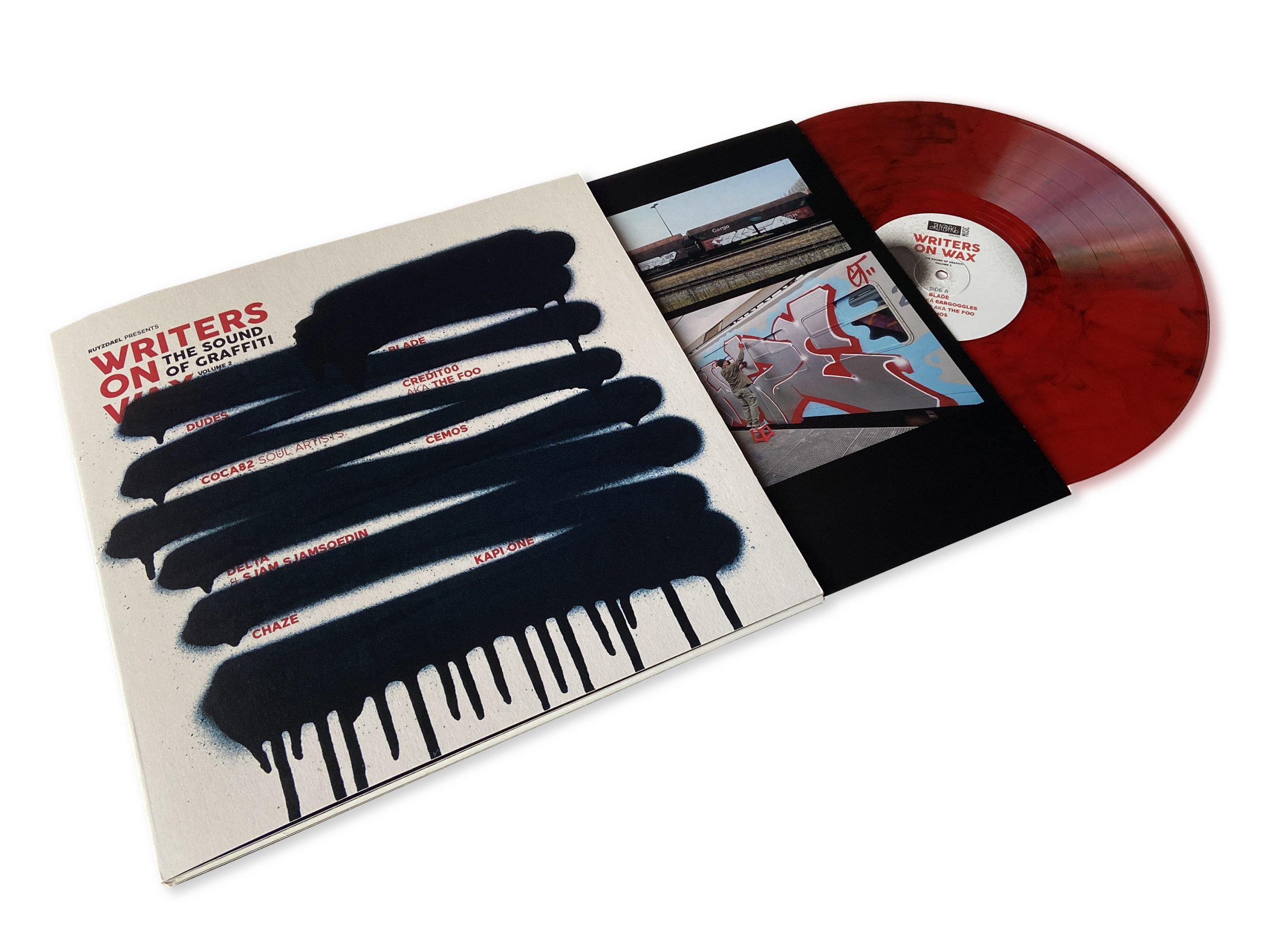 In an exhibition, part of Miami Art Week 2022, Ruyzdael brings together work by graffiti titans DELTA (NL) and BLADE (US) at the Museum of Graffiti in honor of the release of the new album Writers on Wax; The Sound of Graffiti Volume 2.

After two previous releases, an album and an EP, that brought together graffiti writers in the capacity of music producers from around the world, Ruyzdael is proud to present Writers on Wax: The Sound of Graffiti Volume 2, a compilation of music produced by eight international artists with a background as graffiti writers, who have mastered The Sound of Graffiti. In addition to the exhibition in Miami, with an official opening and album release event on 1 December, the release will be accompanied by a signing and release party in Amsterdam on 10 December. The vinyl and digital release will be available from 1 December via Ruyzdael.com and selected retailers worldwide.

The new album features music by BLADE, Boris DELTA Tellegen, CREDIT00, DUDES, COCA82, CEMOS, CHAZE and KAPI ONE. With Writers on Wax: The Sound of Graffiti Volume 2, Ruyzdael brings the project to the next stage. Not only does it feature eight new artists, it is unique that work by a number of well-known graffiti artists who produced music for the Writers on Wax series is on display in a curated exhibition. In addition to work by DELTA (NL) and BLADE (US), the exhibition features work by NUG (SE), PURE (US) and Paul du Bois-Reymond (NL).

Writers on Wax: The Sound of Graffiti is a series of vinyls that bring to life the development surrounding the phenomenon graffiti, with graffiti writers producing music under their alter egos. The fact that graffiti writers also produce music is a development that is underexposed in the still growing (commercial) interest in graffiti and street art. Writers on Wax offers these creators a platform: a tangible product for their musical talent, expression and experimentation. We give the music a right to exist. Not to help the makers with their ‘careers’ but to prevent it from remaining stagnant and unheard, and to show a new perspective on the development of graffiti. The project and also the creators are young at heart. Spontaneous. Disinterested. Graffiti is freedom.

The project Writers on Wax: The Sound of Graffiti Volume 2 is sponsored by Montana Colors. In addition, we received a subsidy from Dutch Culture USA program by the Consulate General of the Netherlands in New York for the exhibition in Miami.