The narrative of art history is what makes it digestible to us. I’d like to think this is a result of humanity’s impulse for creative storytelling. But I’ve always found that the most exceptional artists, ones like Ryan Bock, are those who are not only influenced by trend and observation of contemporary life, but who concern themselves with an unexpected clustering of source material and inspiration.

I texted Bock a few days ago and asked him to name some artists of importance to him. He mentioned Terry Gilliam, Kara Walker, David Cronenburg, Alejandro Jodorowsky, Romare Bearden, David Lynch, Louise Bourgeois, Franz Kafka, H.R. Giger, Lionel Feininger, and Jan Švankmajer. This question of an artist’s influence is not all that interesting, and I generally avoid it. But if you can’t tell from this short list, Bock studies artists of all disciplines, placing a large importance on film. This struck me the first time he and I talked about film (The Cabinet of Dr. Caligari came up immediately) because painters who draw from motion pictures are a relatively recent and uninvestigated phenomena, given the medium’s short span in humankind’s history. Painters who draw heavily from a literary tradition have been equally as rare to come by in my experiences with art. Of course, as a writer, when I first encountered Bock’s work, I was intrigued.

Being of German-Jewish descent, the artist’s ranging influences are as diverse as his upbringing. He spent time in a handful of states around the country. He attended the Waldorf school, and was taught the importance of creativity early on. Bock attended a high school for the arts in Dallas, and then moved to Chicago to obtain his BFA from The School of the Art Institute of Chicago, where he focused on animation. The seven years he’s been in Bushwick—in a brownstone poised at the edge of Cypress Hills Cemetery—have been his longest stay in one place to date. Although his time here has propelled his artistic career, he is reflective when it comes to his time here: “I think it’s incredibly necessary for any creative to spend some time outside of the weird NYC bubble. For the sake of the work and mental wellness.”

“I think it’s incredibly necessary for any creative to spend some time outside of the weird NYC bubble. For the sake of the work and mental wellness.”

Right after I’d moved to Bushwick with designer Xtine Yoon, the two of us decided to attend the Bock Brick Benefit. Bock had painted and signed bricks to construct a wall, mimicking the one Donald Trump had so shamefully ordered. To watch the musical performers behind the wall, event-goers needed to purchase bricks and deconstruct the barrier. All proceeds supported families divided by the United States government at the U.S.-Mexico border. Yoon and I enjoyed ourselves so thoroughly that we stayed until the pop-up exhibition was quite finished, and thus felt obliged to help close shop. As we moved a couple hundred pounds of bricks from the event space into Bock’s car, Bock and I discovered that we had quite a bit in common, most notably a fixation on the spookier realms of life and art. He had a solo-exhibition coming up in about a month and needed a writer, and our friendship commenced.

Bock is a tall guy who generally wears black, unless a friend happens to make merchandise of a different color. He tends to keep his appearance a private matter, as he finds the aura of the artist oftentimes interferes with the life of the artist’s work. He’s an observer, whose practice ranges greatly in form: paintings, large-scale murals, experimental films, puppetry, animation, drawing, sculpture, jewelry design, and mediums that have no name but that unmistakably belong to his body of work. Follow him en route to the studio on any given day and he’s sure to either pull over and acquire some unwanted artifact off the side of the street—which may happen to appear later in an exhibition—or capture a photograph of an architectural detail of an old finial or column that would typically go unnoticed. He is connected to the presence of the world around him in ways that often seem to alienate him from people similar in age.

I’ve considered Bock’s art for some time now, and have written about it in various capacities. There are clear elements of his work that make it immediately recognizable, and that cannot be ignored in any introductory discussion of him. He generally paints with uniform black, white, and grey acrylic paint, and hails from the traditions of Czech Cubism alongside strains of Expressionism. His compositions are laden with strange geometries that compose dark and oftentimes political subject matter, puzzle-like as they render complex imagery using a limited color palette. They give the viewer a sense that there is more to see in the work beyond the first impression. This is not just because his works are intricate; they are the product of a long process, each one chosen from hundreds of visions to be brought to fruition.

Bock wants to lift the veil of comfort under which we live to expose the appalling inner workings of society. He approaches the serious problems of our world with somber empathy, representing such themes as surveillance, war, and human rights. When I asked him why he tended toward darkness, he said:

“There is nothing for me to explore in bright and happy themes. There is no conflict to rectify. I don’t see the point in spending my time painting nice things to make people feel comfortable. There are plenty of other avenues for people who want to live their lives looking the other way to ignore the issues at hand. This isn’t escapism, and I’m not in the business of rom-coms.”

“There is nothing for me to explore in bright and happy themes. There is no conflict to rectify. I don’t see the point in spending my time painting nice things to make people feel comfortable. There are plenty of other avenues for people who want to live their lives looking the other way to ignore the issues at hand. This isn’t escapism, and I’m not in the business of rom-coms.”

The structural forms he investigates are as important to him as the optical illusions he creates using perspective and fragmentation. Over the past several years his works have grown more and more into visual riddles, loaded with subtext. The more closely you consider the images, the more you’ll make sense of what’s going on. Once his enigmatic congregation of shapes grows recognizable, the question of what is going on becomes why is it happening. You can listen to Bock talk about any given piece of his work for five minutes and leave the conversation with at least one bit of folklore that had never crossed your path. He speaks purposefully—sometimes while touching up a painting, other times through the midst of a deep Wikipedia rabbit hole—without veering into self-deprecation or humor while he tells you what a painting means to him.

His time in the studio is sacred because the physical labor of his practice is central to each exhibition. In terms of process, he sketches from dreams, from strange encounters and fixations on certain stories or works of art. And from these sketches, Bock paints and sculpts toward precision until he’s left behind a bewitching rumination. This process defies immediate gratification and emphasizes direct connection between the artist and creation. One will never find a line or detail lack complete intention and perfection to the point of obsession. Although the hard-edged quality of his work is what leads viewers to oftentimes call it “graphic,” I’d argue that it is the product of a rare manual dexterity.

From his perspective, a devotion to this process not only serves his need to physically invest himself in the work, but is also to separate him from what he calls the “hoi polloi” of trend and hype (whose unpredictable rises and falls oftentimes prevent the kind of critical thinking necessary to execute meaningful work), particularly prevalent in digital media. In the studio he works to ignore the copious distractions to which young New Yorkers may fall prey.

Socializing is important to Bock when it prioritizes his serious relationships, but he remains weary of networking, stating, “I find particular venues of support, like Instagram, to be very fickle. Everyone wants to jump on board when you’re on top, but when you actually need help and support, people shy away.” He sees collaboration as one of the most meaningful gestures of friendship. His circle is composed of fellow creatives, with whom he works on a constant basis: gallerist Ki Smith, hip-hop artist and DJ Nas Leber, designers Corey Showers and Josh Allen, graphic designer Babyman, mixer and mastering engineer Lionel Elsound, visual artist Luke Ivy Price, musician Sam Mewton, new media artist Alex Halbert, and studio assistant Evan Pachón. These folks are as varied in their disciplines as they are in their personalities, but they are drawn together by their collective and ceaseless need to create, no matter the circumstance, regardless of how and why. Says Bock, “I continue to make art because it’s what I do. It’s who I am. I’m not sure I ever had a choice. It’s obsessive, it’s compulsive, and it’s also therapeutic. I will inevitably become unhappy if too much time passes without creating.”

Says Bock, “I continue to make art because it’s what I do. It’s who I am. I’m not sure I ever had a choice. It’s obsessive, it’s compulsive, and it’s also therapeutic. I will inevitably become unhappy if too much time passes without creating.”

At the beginning of these autumnal months, Bock and I drive to the studio on a bright and unseasonably balmy Sunday afternoon. We’re working on his forthcoming solo-exhibition Somnambulist, which opens at the end of October. The heat reminds me of a short and eerie Stephen Crane poem about the desert that left an impression on me when I was a senior in high school. The poem, entitled “In the Desert”, is actually about a narrator who comes upon a “creature, naked, bestial” who eats its own heart. When the narrator asks the creature how it tastes, the creature responds “It is bitter—bitter… But I like it/ Because it is bitter,/ And because it is my heart.” I hadn’t read this in about eight years, and it moves me now as not only devastating, but intensely humorous in its melodrama. I’ve always admired an artist’s ability to strike, at once, elation and sadness.

I think what draws me to Bock’s work is its capacity to read like a good modernist book—at large, in detail, innumerably. But, more broadly, I want to communicate my necessity to remain devoted to his art because—like the creature who consumes his heart and finds it worthy because it is his own—it holds a mirror to humanity in a way that highlights humanity’s most frightening aspects while claiming its spectacular and unshakeable desire to self-reflect, to think outside of itself, to continue pursuing hope.

Naomi Falk lives in Bushwick. Her writing fixates on art and the ways in which we engage and disconnect our sensory perceptions. She works at The Museum of Modern Art, is the Editorial Director of Ki Smith Gallery, and is co-founder of NAUSIKÂE NYC. 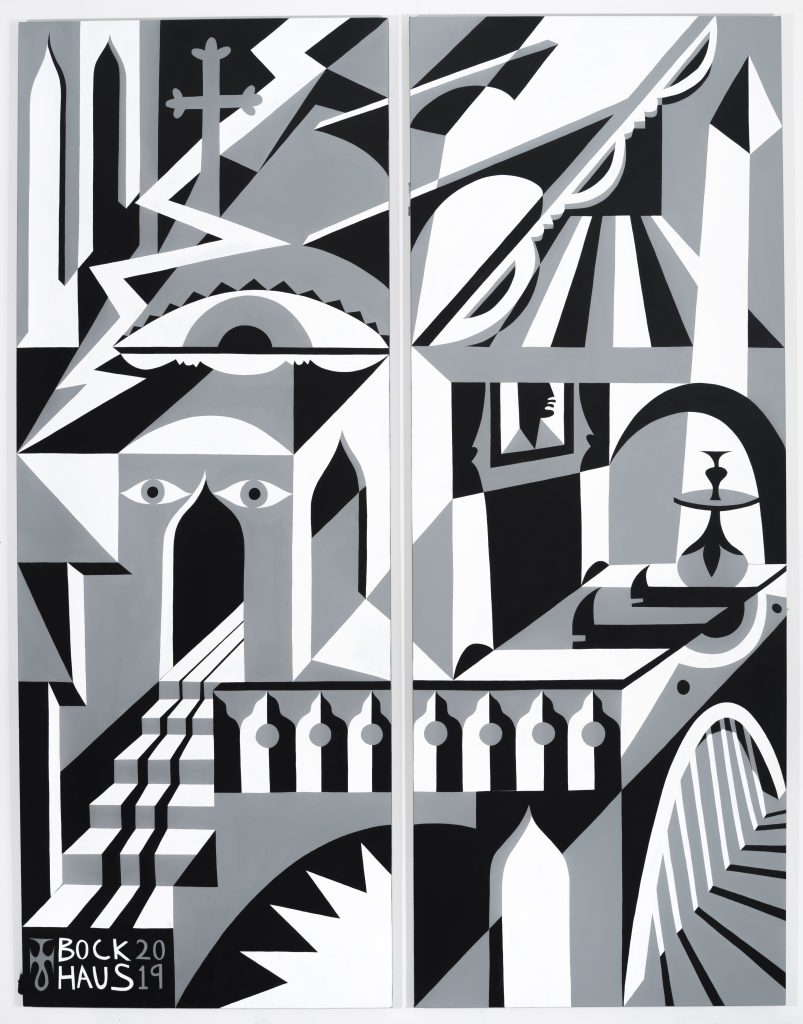 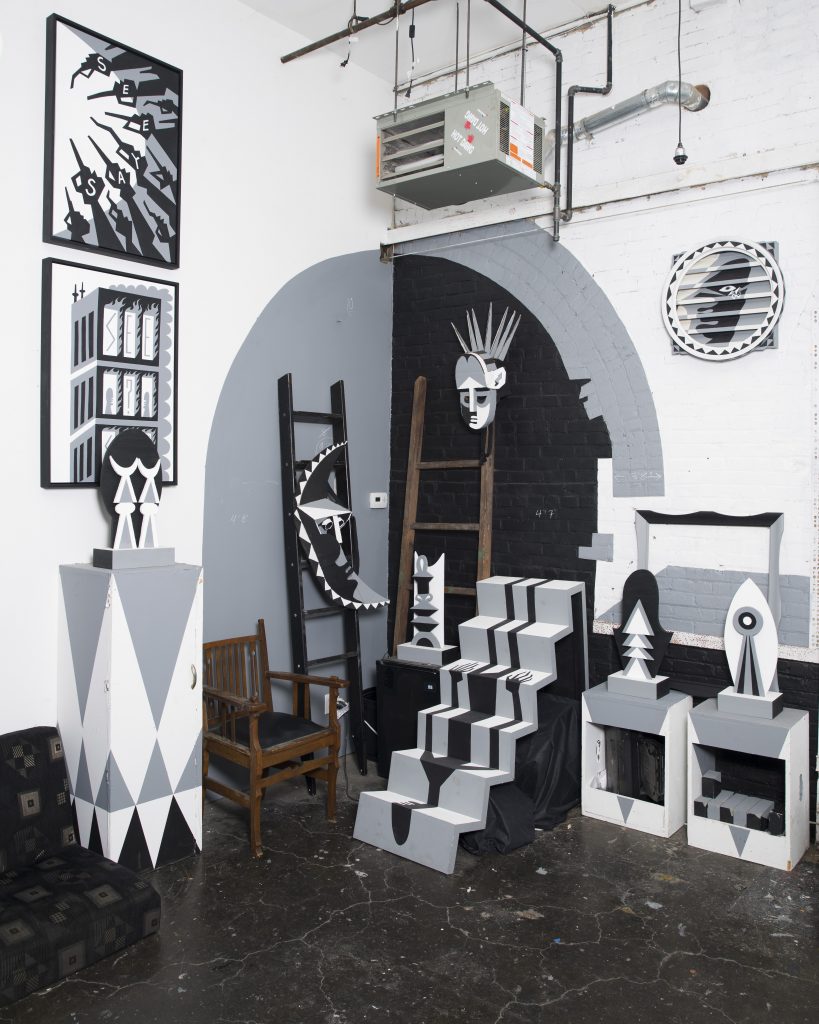 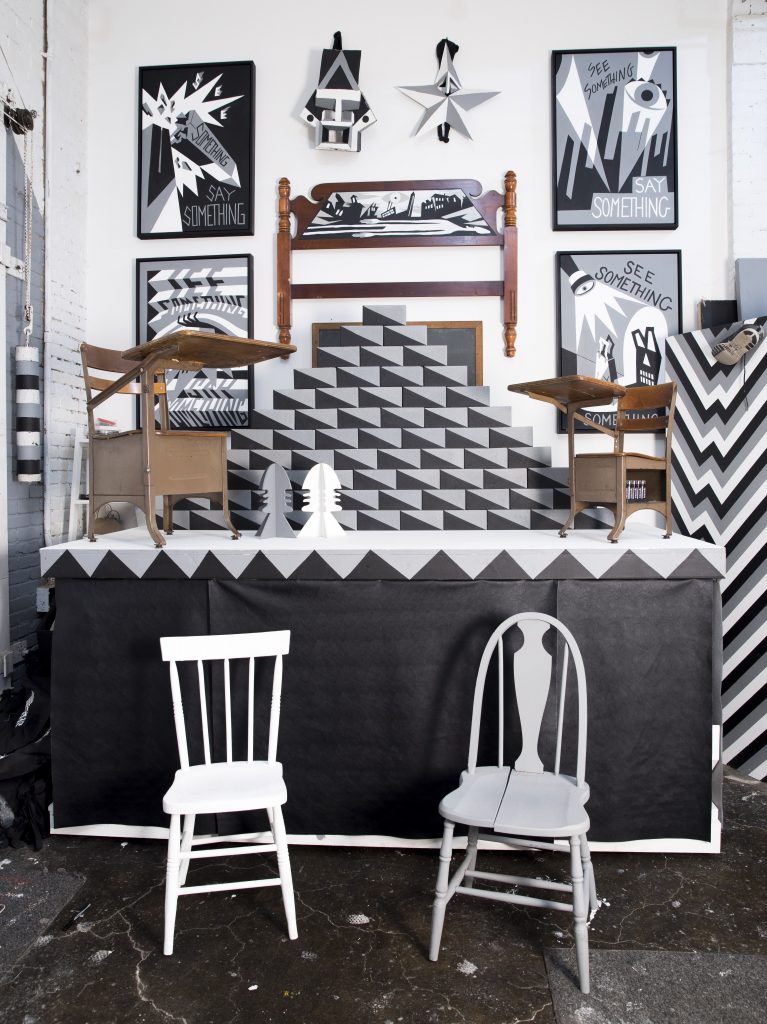 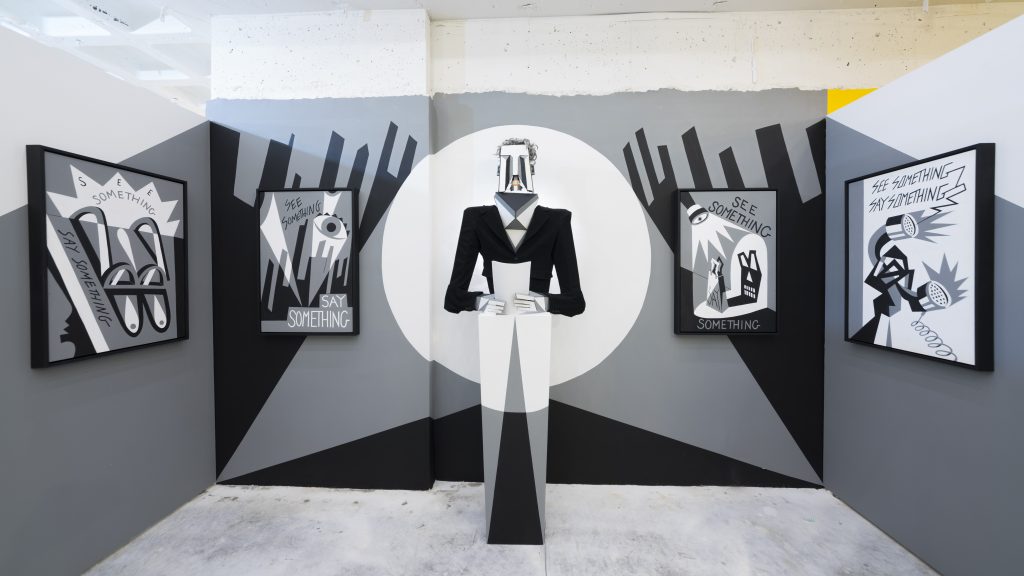 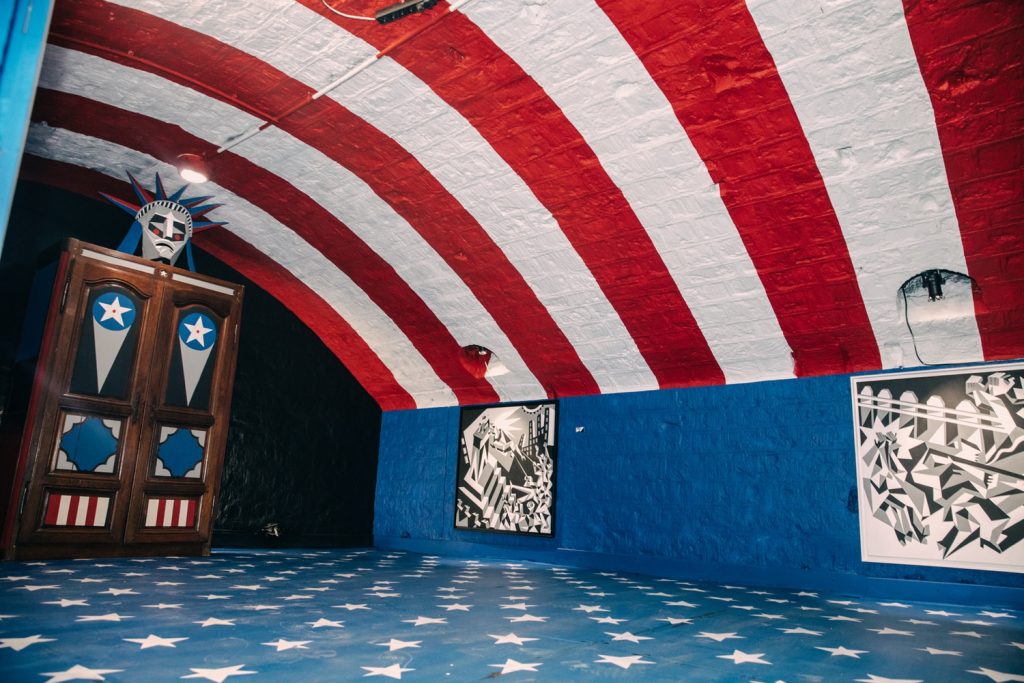 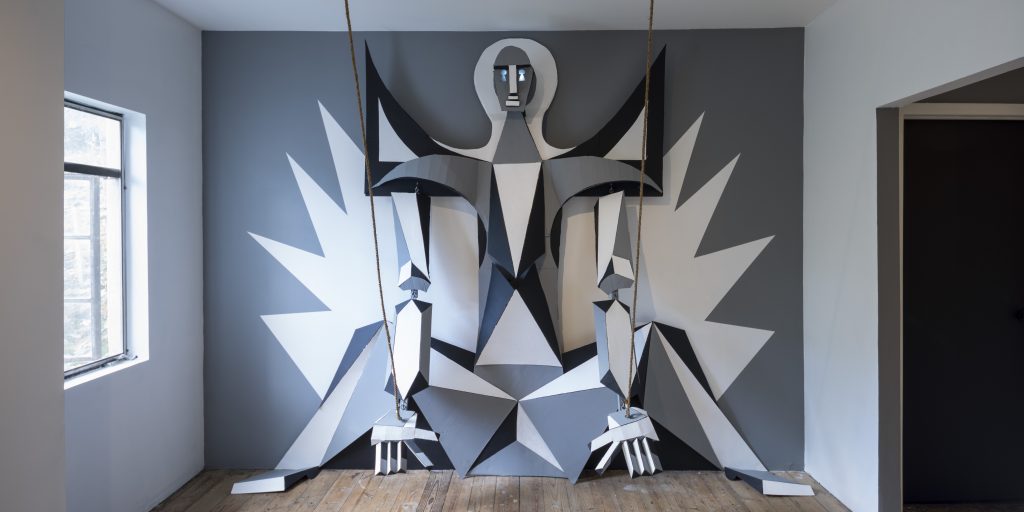 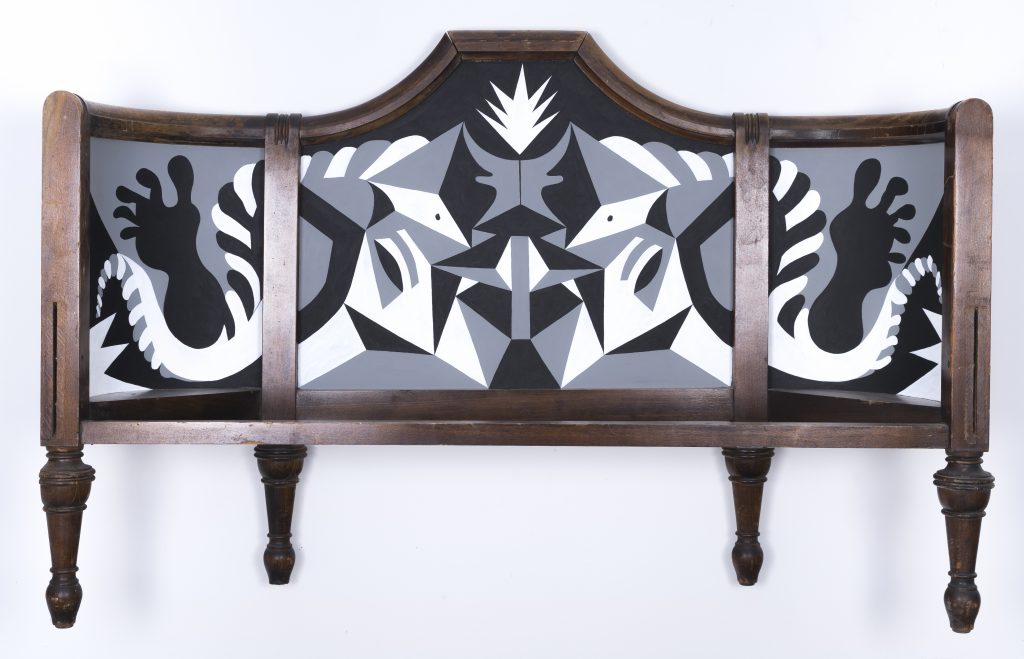 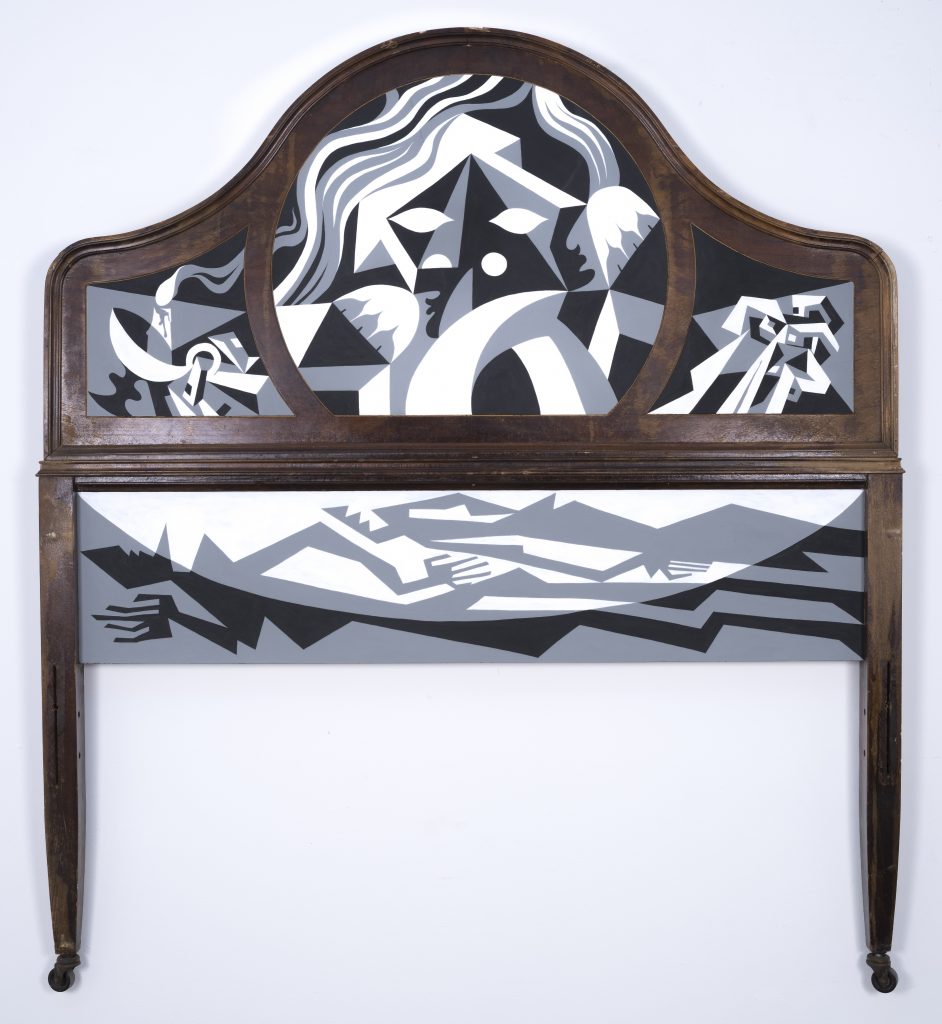 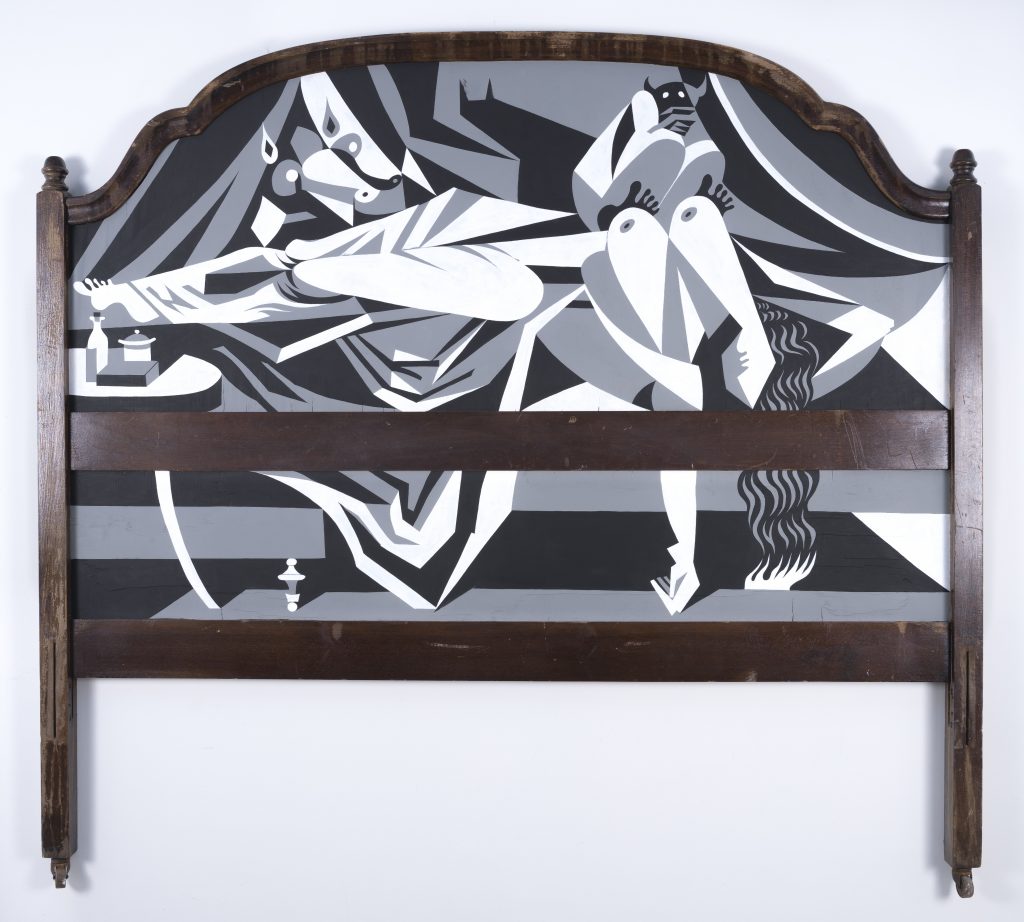 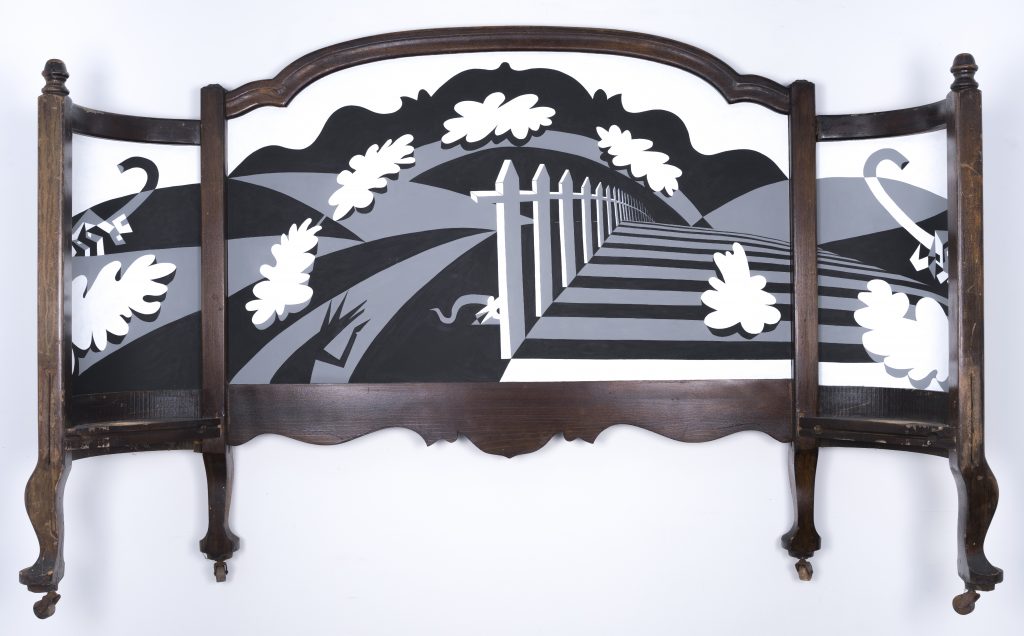